Summary – A top-down review of interesting calls and comments made last week about monetary policy, economics, stocks, bonds & commodities. This week, we review the volatility in the markets and the impact of Russia-Ukraine situation. TACs is our acronym for Tweets, Articles, & Clips – our basic inputs for this article.

that Ukraine-Russia rules the roost in global markets right now? In fact, you have to wonder whether Putin & Co are actually trading global markets as they send signals via tweets. Friday tells the tale – stocks were down overnight with Dow futures down 100 + points & the 10-year touching 2.34% (per Santelli); then came the early morning tweet from @RIA-Novosti saying “Russia is interested in peace in Ukraine and seeks to de-escalate conflict“. The Dow rallied in the morning hours & then sold off a bit. The worries about the weekend were just too much. That is why VIX remained near highs of the morning. Then just after 1 pm, came the news “Russia ends exercises“. And stocks exploded, VIX collapsed and long Treasuries reversed hard.

You can argue that the stage was set for Friday’s rally before the early morning tweet. As CNBC’s Brian Kelly pointed out, German DAX fell through 9,000 overnight and then recovered above that key level before the tweet. The stock markets were way oversold coming into Friday morning. And 1895 was a key level for the S&P as was pointed out on Thursday afternoon: 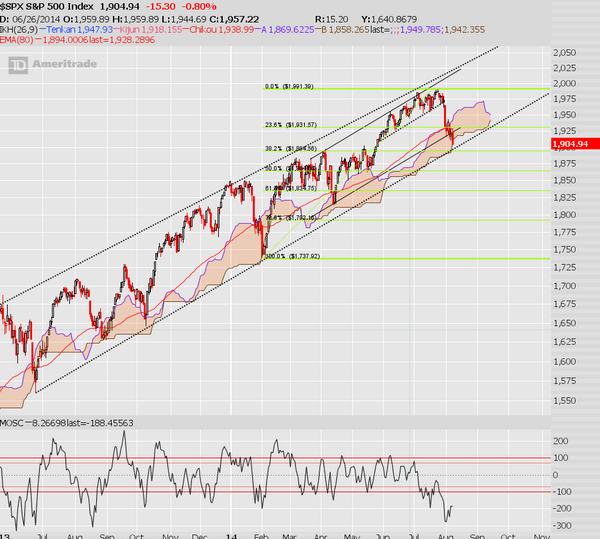 But it was some move on Friday:

So far, the S&P has behaved like the other declines – breaking a key average like the 100-day and then reclaiming hallowed ground quickly and decisively.

Will it hold again next week?

Apparently, the picture reportedly changes the week after:

This sort of dovetails with an analysis that doesn’t need Russia-Ukraine. Tom McClellan writes in his Presidential Cycle of 2nd Term Presidents article:

Which markets have been hurt the most in the correction? GaveKal answered in their Four Simple Charts … article on Friday:

Those which decline the least during a correction bounce first & hardest in the post-correction rally, goes an old tenet. But is the correction over? Putin is probably the best judge of that.

This has been a good week for the Treasury market with the 10-year yield falling almost 8 basis points to close at 2.42%. Yields began falling hard on Thursday (with entire 30-5 year curve falling by 5-6 bps in yield) and suffered a meltdown of sorts overnight. Despite the reversal on Friday afternoon (with stocks exploding & VIX collapsing), the 10-year yield closed the week down 8 bps at 2.42%, a weekly close below prior 2014 low closing yield of 2.44%. Yields across the rest of the curve closed down 4-5 bps on the week.

What struck us on Thursday was the overwhelming outpouring of sentiment from traders and gurus: 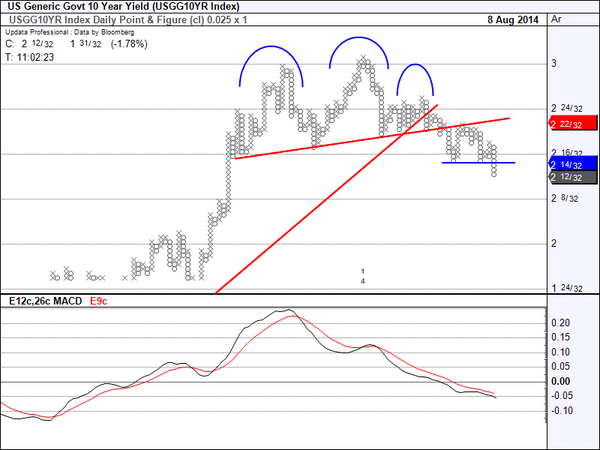 Hmm, we said because Bianco has jinxed the Treasury rally before. Remember what he said on May 14 on CNBC Closing Bell?

Yields did fall more until the end of May and then rose steadily to 2.65% on June 17.  This time, his jinx acted in two hours. Treasuries market reversed swiftly and decisively after the news of end of Russia’s exercise. TLT had reached a new 18-month high of $116.42 on Friday morning  (so said CNBC’s Guy Adami) and closed  down on the day. Clearly Mr. Bianco and his comments are not responsible for Friday afternoon’s reversal. But then a jinx is essentially a superstitious curse, isn’t it? Sorry Jim, but little less hubris would help.

Next week should be a key week with 3-10-30 year auctions. Bulls would not want to see a weekly reversal of this week’s break of 2.44%. The most interesting comment in favor of long maturity treasuries came on Thursday:

Money seems to be rushing out of high yield faster than a speeding bullet. This week was the  4th largest week of HY bond outflows as % AUM ever. Then why isn’t that market melting down?

Friday did lead to an up week in most indices. Small caps acted best with RUT up 1.4%; other broad indices were up about 37 bps with Transports down 36 bps. What did our gurus say?

Marc Faber spoke like the veteran he is on BTV Street Smart on Thursday:

Many have written about Presidential Cycles and stock market. This week, Tom McClellan argues that 2nd year of a 2nd term President is different:

The most bullish strategist of all (2185 S&P at year end), Tony Dwyer, was consistent in his comments on CNBC FM 1/2 on Wednesday:

Some technicians saw a continuation of current pattern, others see a change: 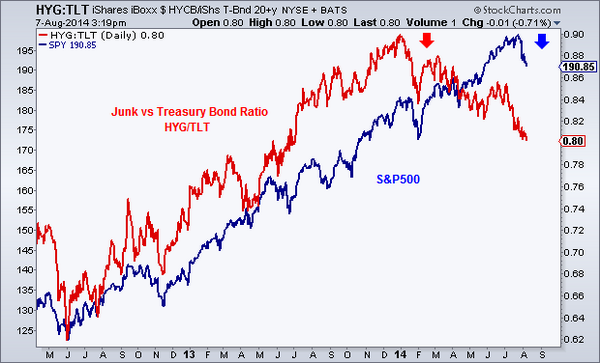 A number of technicians commented on commodities on Thursday beginning with

The link is to the article by Thrasher titled Are Cotton Prices Finding A Bottom?

Then came a broader call:

We continue to be frustrated by the action of Gold. So what do you think of Gold, Mr. Newton?

What about from a longer perspective?

And then you have: 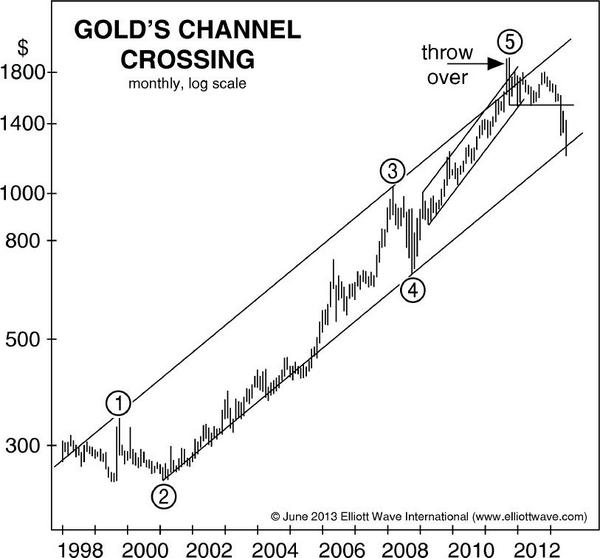 6. Words from the Wise

First Raghuram Rajan, the well known Governor of the Reserve Bank of India – from his interview with Central Banking Journal & via WSJ:

and now, Jeffrey Gundlach on FT via CNBC:

The virtue & necessity of patience, says the Guardian. 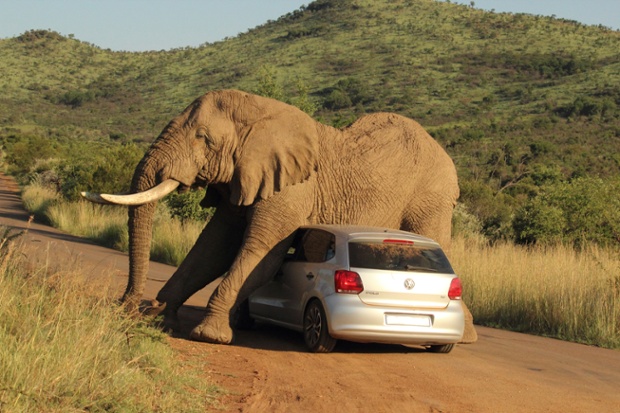 An elephant scratches an itch on a car in the Pilanesberg National Park, South Africa. The occupants of the car waited patiently inside for the elephant to finish its business. Photograph: Armand Grobler/Barcroft Media