said Rick Santelli about the immediate fall in yields after a decent payrolls number on Friday morning. The 10-year yield dropped from 2.39% just before the number to 2.34% almost instantly and closed on the lows of the day at 2.30%. Was Santelli exaggerating? Not according to the chart below from Forexlive.com:

Why such a move after a 214,000 number? First the expectations were for a higher number with one whisper number as high as 300,000.

Secondly, the positioning. As GaveKal wrote on Tuesday, November 4: 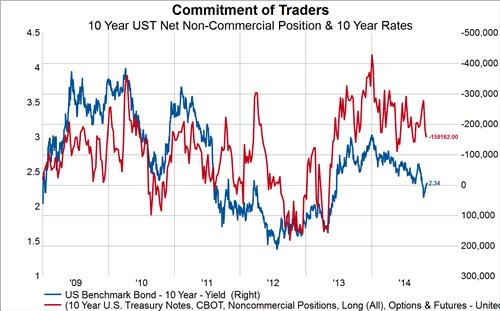 And Treasuries were oversold. With the Fed slightly hawkish and with Kuroda’s howitzer on October 31, treasury yields closed on Thursday at an important technical juncture as Dana Lyons noted on Wednesday, November 5 in the chart in his article Bond Bulls Need To Step Up Now: So you had it all on Friday at 8:25 am – fundamental opportunity, positioning ripe for an unwind, & oversold condition sitting at a key Hemachandra-Fibonacci retracement level. Buying TLT just before the release of the NFP number would have given you at 1.2% gain by the end of the day.

The Treasury curve bull-steepened a bit on Friday with the 2-5 year yields dropping 4-7 bps on the day. The Yellen Fed is focused on inflation and there is no sign of that. Perhaps you need lots of new jobs with higher incomes to create fear of inflation. From that perspective, Friday’s NFP number failed because:

The only question we have these days is when we will see a 300K+ jobs number. At least we take it for granted that we will see a positive payroll number. That’s why we were jolted by the tweet below:

were the words J.C. Parets used about himself about the action in commodities. He added late Friday:

Not only was McDonald recommending Coal stocks for some time, he recommended buying Uranium ETF, URA, Friday morning before the opening bell in his proprietary Bear Traps newsletter. It opened at $11.66 & closed at $13.09, a 13.33% move in one day.

The week before, BTV’s Erik Schatzker had tweeted with the graph below: 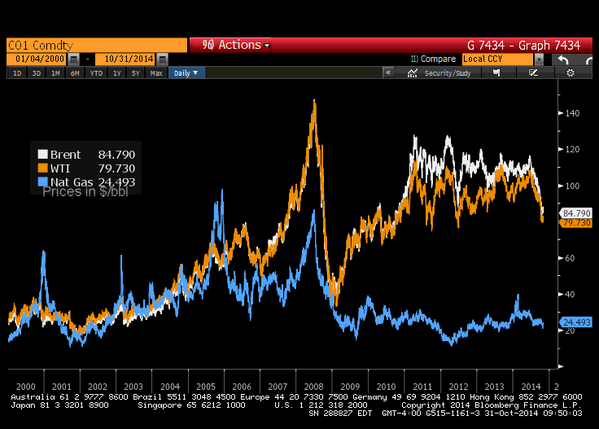 Coincidentally or predictably, natural gas rallied every day this week with a two week rally of 19% in UNG.

Oil joined the natural gas rally on Friday. But that rally was muted compared to the bigger move in energy ETFs, XLE & OIH. Oil has so underperformed XLE & OIH in the past several weeks that Carter Worth of CNBC Options Action called it “as wide as it has ever been” and suggested buying USO, the WTI ETF.

As a technician, Carter Worth is a semi-doer but Harold Hamm of Continental Resources is a pure doer. And he acted as a doer on Thursday by calling a bottom in oil prices and “scrapping all of the North Dakota energy producer’s oil hedges, betting that prices will recover soon after sinking 25 percent in recent months“, according to Kate Kelly of CNBC. It would be an understatement to call this a gutsy move. 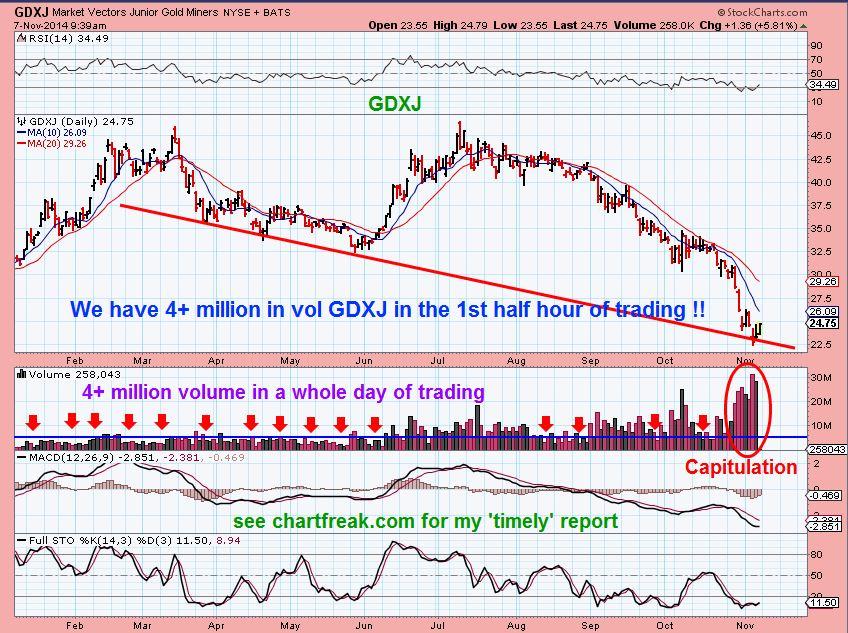 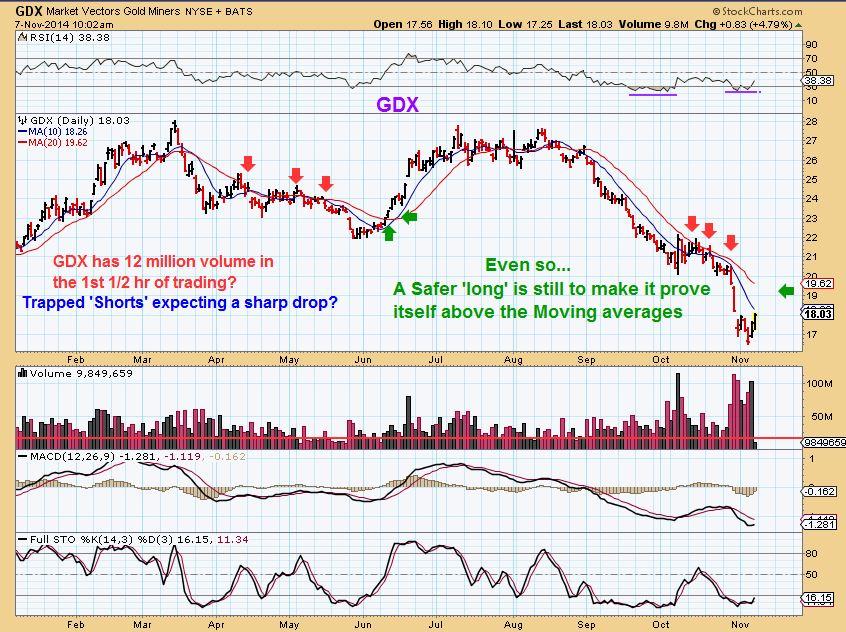 Some in the Twitter-sphere kinda called this rally: 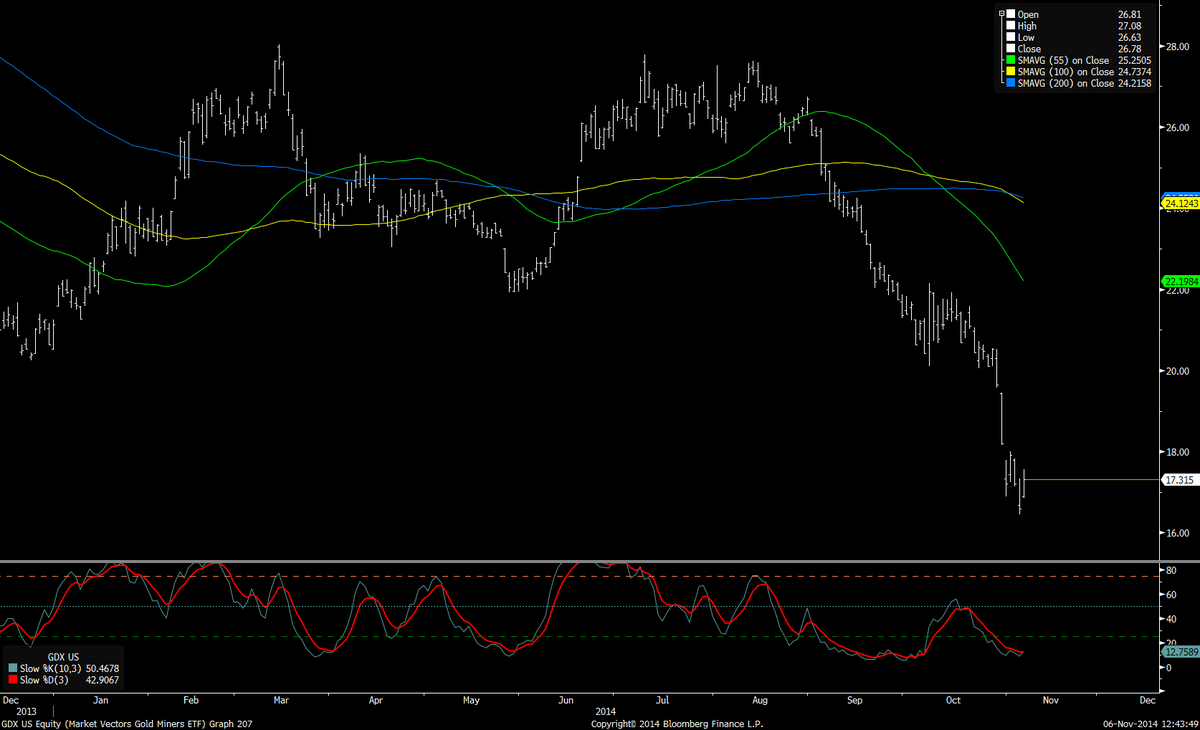 4. Did Draghi-NFP together cause the bounce?
Draghi’s performance on Thursday did lower European yields, especially peripheral yields. But, compared to Kuroda’s howitzer, it didn’t pack power. He essentially bought time. Then came Friday’s NFP report – disappointing relative to fears built in. That’s why the immediate sigh of relief accompanied by the fall in treasury yields & rally in Gold. The U.S. Dollar also fell on Friday.
Empirically speaking, the NFP report does set a direction in financial markets until the next Fed meeting or the next surprise in data. The next FOMC meeting is on December 17th and the next ECB meeting is on Thursday, December 4. So will this week’s bounce in commodities & treasuries continue next week? The volume in Gold miners, the steep fall in yields does suggest betting that way if the stock market doesn’t rally hard.
5. U.S. Equities
A clear statement came from Jeff Saut of Raymond James both on Thursday & Friday:
A similar call from:

Though Dow and S&P rallied this week, the Nasdaq, NDX & Russell did nothing leading to:

Then you have the sentiment: 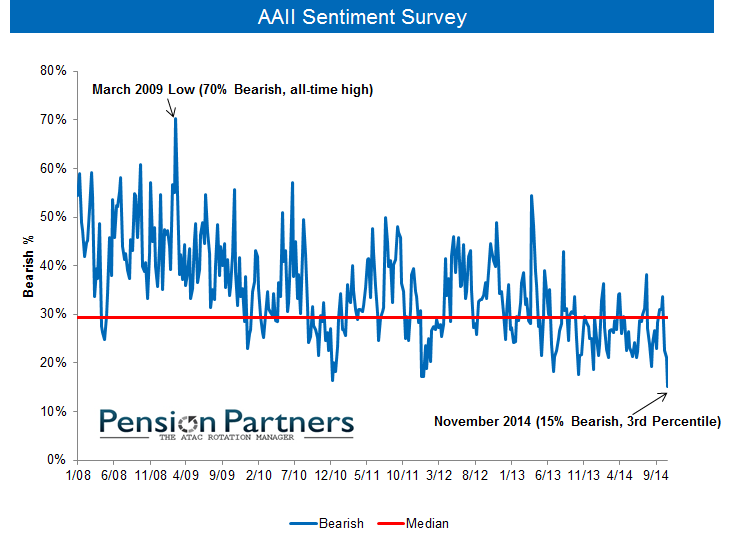 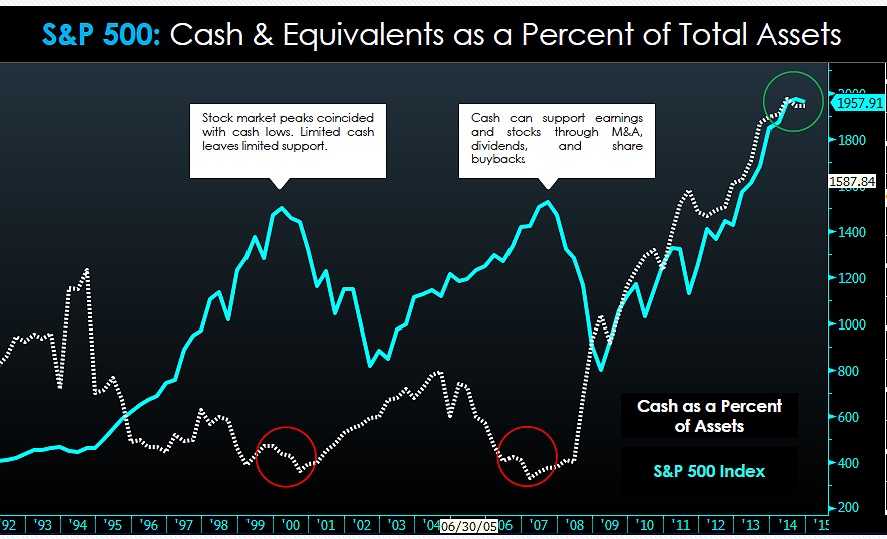 The direction matters more this month because as Andrew Nyquist points out in his article: