1. “One of the Ugliest Days in History?”

The stock market did not rally hard. But commodities kept getting clobbered and treasury yields kept rising slowly from Monday to Thursday. And Thursday was just awful for oil, precious metals & copper. Some on Fin TV attributed the fall to a drop in demand, some to expiration. Pete Najarian of CNBC FM simply attributed it to margin calls on large holders pointing out that at 2:15 pm, the price of oil dropped by $1. A similar point had been made on Tuesday by Raoul Pal, of Global Macro on CNBC FM:

Anthony Grisanti, a CNBC Futures Now contributor, stepped up on Thursday to announce that he had taken a long position:

Dennis Gartman said on Friday on CNBC Closing Bell that he had closed his short in Oil on Thursday afternoon. He explained that the term structure in Oil was not bearish at Thursday’s close on a “decidedly bearish day” like Thursday. His conclusion – “time for being short has passed us by“.

The big news in energy stocks hit on Thursday afternoon when the WSJ broke the story about Haliburton being in talks to acquire Bakes Hughes. This reduced the sell off in XLE & OIH but not in Oil. Then on Friday, Oil rallied hard, much harder than XLE & OIH. Both Oil ETFs, USO & BNO rallied more than 2%.

We have seen two ferocious rallies in Gold, Silver, Miners & Oil on two consecutive Fridays which reversed the selloffs from Monday to Thursday of both these two weeks. We haven’t heard any explanation and we certainly don’t know why. Is it the fear of being short over the weekend, especially this weekend with the G-20 meeting in Australia? Or is it just a bounce from taking profits on short positions that have worked extremely well? Because the big events are more than a week away with the OPEC meeting on November 27 & the Swiss referendum on November 30.

People who thought Friday, November 7, was a turn proved wrong. What about this Friday?

In contrast, the S&P was wonderfully quiet all week, rallying on Monday by 31 bps and then moving + 7bps, 5 bps & 2bps on Tuesday, Thursday, Friday and declining by 7 bps on Wednesday. So why was Thursday, that closed up 5bps, called One of the Ugliest “Up” Days in History? Dana Lyons explains in his article with 5 charts and writes why that might be important:

A quick summary of the 5 reasons minus the revealing charts & explanation:

Getting back to Oil, what happens when S&P and Oil diverge?

Since commodities are influenced by the U.S. Dollar:

But can this pair move before the ECB meeting in December?

With all the above, we still don’t get why two consecutive Fridays featured a major reversal of the action from the Monday-Thursday periods.

Tony Dwyer of Canaccord Genuity has been generally correct all year. He did warn of a sell off late summer and said that would be a buying opportunity. This week, on CNBC Futures Now, Dwyer was unrepentantly bullish:

Adam Parker of Morgan Stanley reiterated his one-year out target of 2,125 because the “US economy just keeps plugging along“.  Chris Kimble (@KimbleCharting) posted a “new” buy call based on Dow breaking above “megaphone resistance“.

This is  breakout of a 16-year megaphone pattern and remains valid as long as Dow remains above 17,000, as CNBC’s John Malloy explained on CNBC StreetSigns on Friday. A key point from Malloy’s article:

Jeffrey Saut of Raymond James stuck to his indicators on Friday: 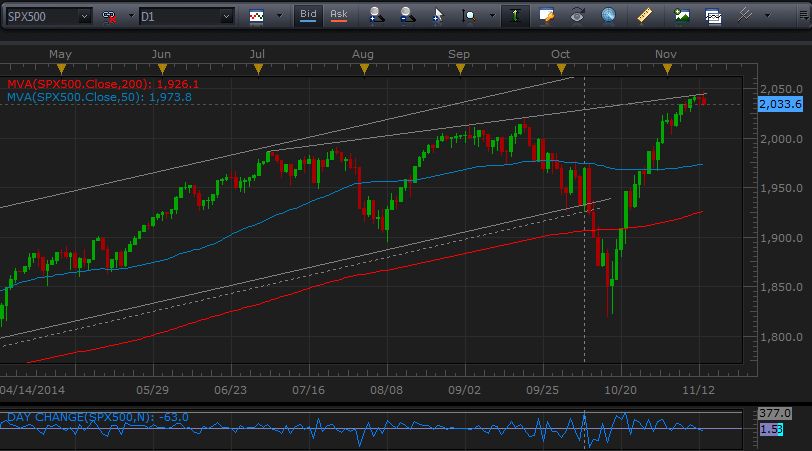 and the article Is It Time For A Decline? by Chad Gassaway:

We all remember when the land under the Emperor’s palace in Japan was worth as much as California or something like that. Something like that seems to be the intended implication of the tweet below: 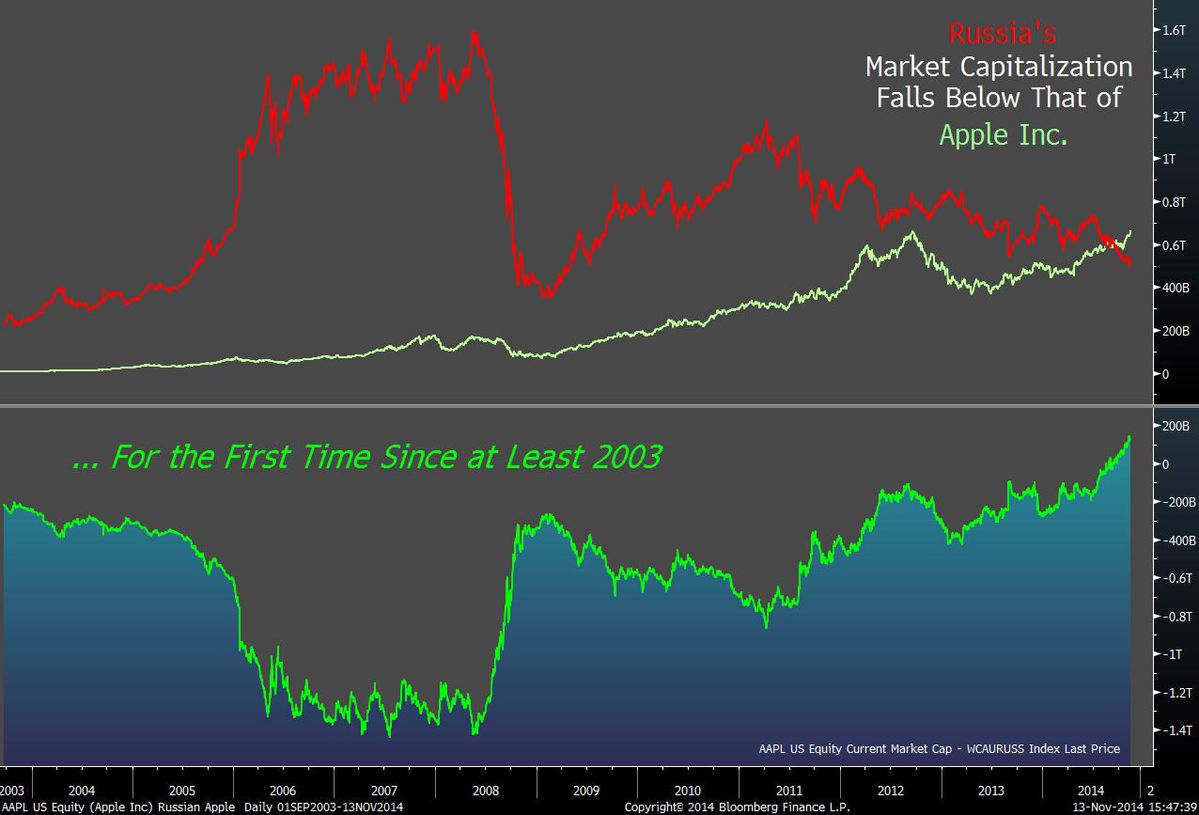 Jonathan Beinner of Goldman Sachs Asset Management apparently lost a bet with CNBC Squawk Box folks but didn’t want to admit that because the 10-yr yield closed above 2% on the day of the flash crash in Treasuries. Guess the CNBC FM gang are the not only ones who refuse to pay up when they lose a bet on interest rates. Mr. Beinner has now pushed his 3% target for the 10-year yield to some time next year. He still bets on a Fed hike by mid-2015.

In the other corner is J.C. Parets whose new post is titled Why Economists Will Get Bonds Wrong Again in 2015: 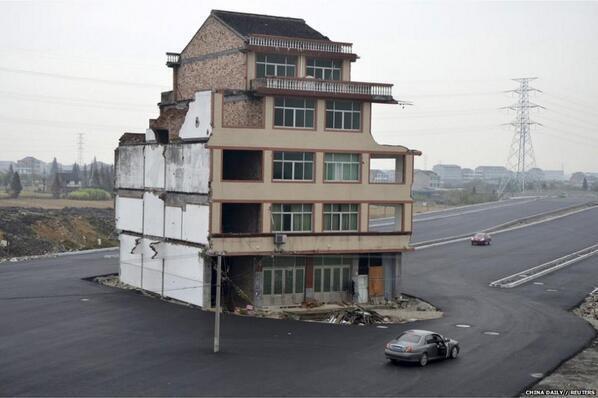