answered Alan Greenspan clearly and succinctly when asked on CNBC whether US data is strong or not. “In fact”, he said, “effective demand is extraordinarily weak“. He added:

Supportive of this conclusion is:

The decline points to “slower overall growth in coming months“, states the article.

The decline in regional PMI data was summarized in:

That raises the obvious question:

The most important question for the markets is whether US is poised for a meaningful step up in the economy. That, above all, is going to decide what the Fed does in 2015 or more importantly how much the Fed does and what impact it has on the U.S. Dollar.

said Fed Vice Chairman Stanley Fisher to CNBC’s Steve Liesman about raising rates in 2015. He said “high probability this is the year” for raising rates. He added that their goals were inflation of 2% and full employment of 5 -5.5%. So they are “very close on unemployment” and he said inflation is mainly due to lower oil prices & expects inflation to rise when oil price recovers. So “its about time” to consider tightening but tightening is not likely to be successive, he hinted. That is consistent with the comments of NY Fed president Bill Dudley who argued on Friday that the risks of raising rates early were higher than those of raising rates late. According to Rick Rieder of BlackRock, this means the destination rate will be 3.5% instead of the old 5-5.5%. Rieder thought Chair Yellen was “bit more dovish” in her testimony while David Rosenberg wrote on Wednesday morning:

As Greece has settled down and Europe fears have subsided, Fed comments have become the primary forces moving rates. For example, a dovish Yellen caused treasury yields to fall hard across the curve while hawkish comments from Fisher, Bullard and Mester caused treasury yields to spike just hard on Thursday. This sounds sort of dumb because Fisher/Bullard/Mester are not voters this year while Chair Yellen is the “decider”.  Unless the incoming data turns decisively in one direction, this circus of she said, he said type Fed comments should continue.

Yields fell across the curve this week thanks mainly to Chair Yellen. Kudos to Larry McDonald who predicted that on CNBC FM on Monday:

McDonald reiterated the buy on TLT on Wednesday on CNBC Closing Bell by pointing out “2 trillion of European bonds have negative yields” and so buy Treasuries.  His point was made graphically by BTV’s Scarlett Fu on Friday: 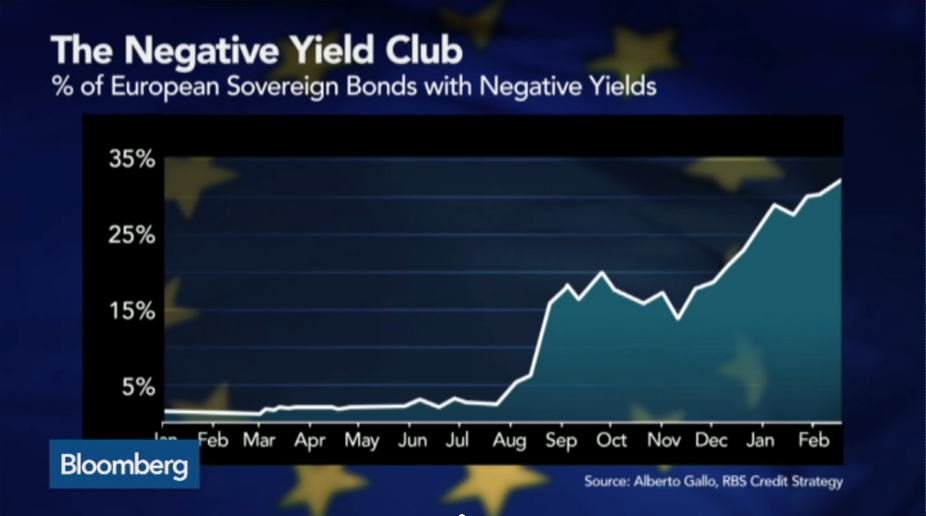 On Friday, GaveKal wrote an article about the 30-year bond titled On the Long Bond and Why the Widow Maker is Alive and Well. An apt title for shorting the long bond trade, history shows. This is a well-argued article with several charts. To us the most interesting point in that article is: 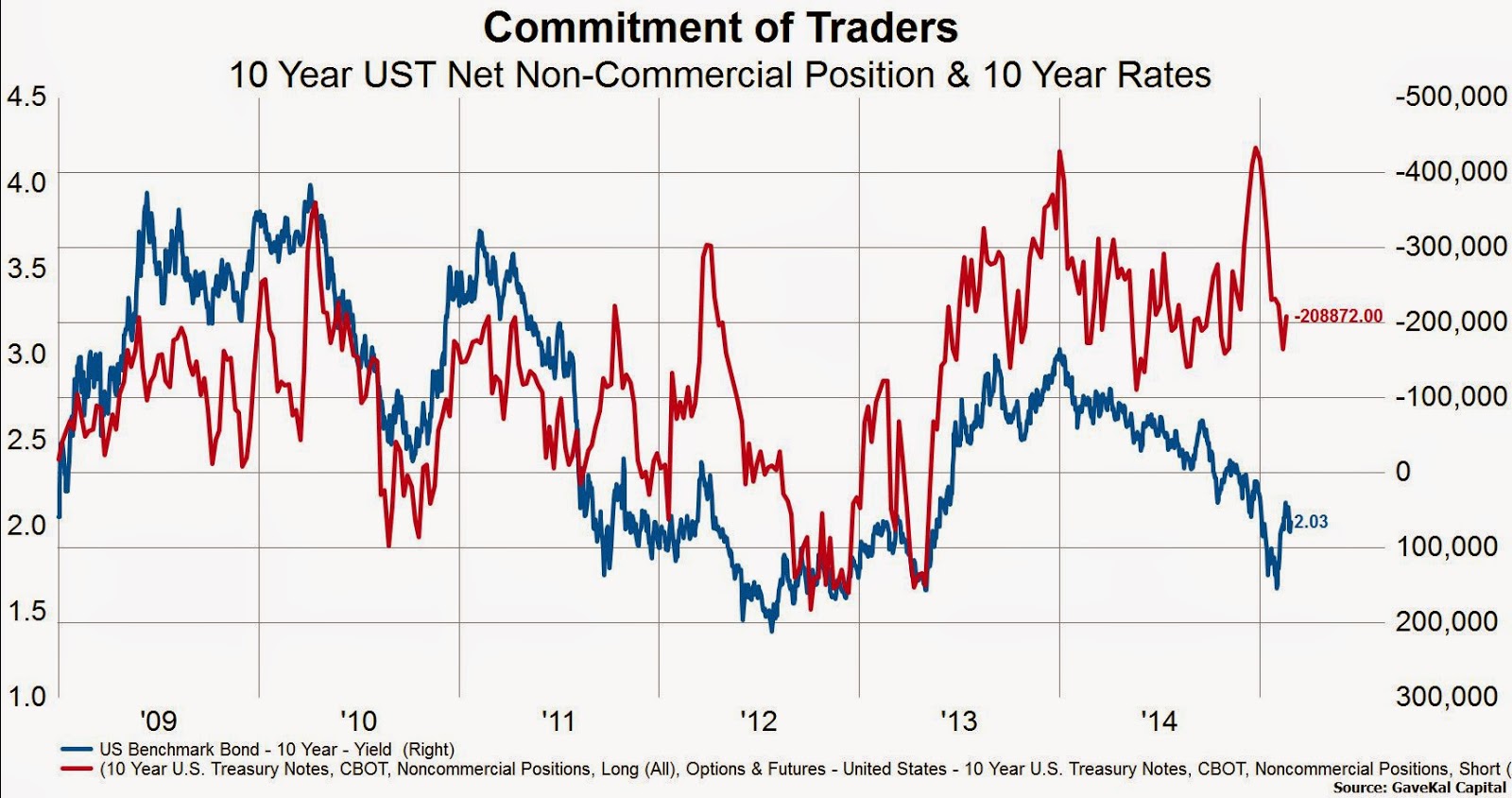 February was a perfect month to be on sabbatical as we were. The Nasdaq rose by 7% and the S&P rose by 5%. So you got to expect everybody to be in, right? 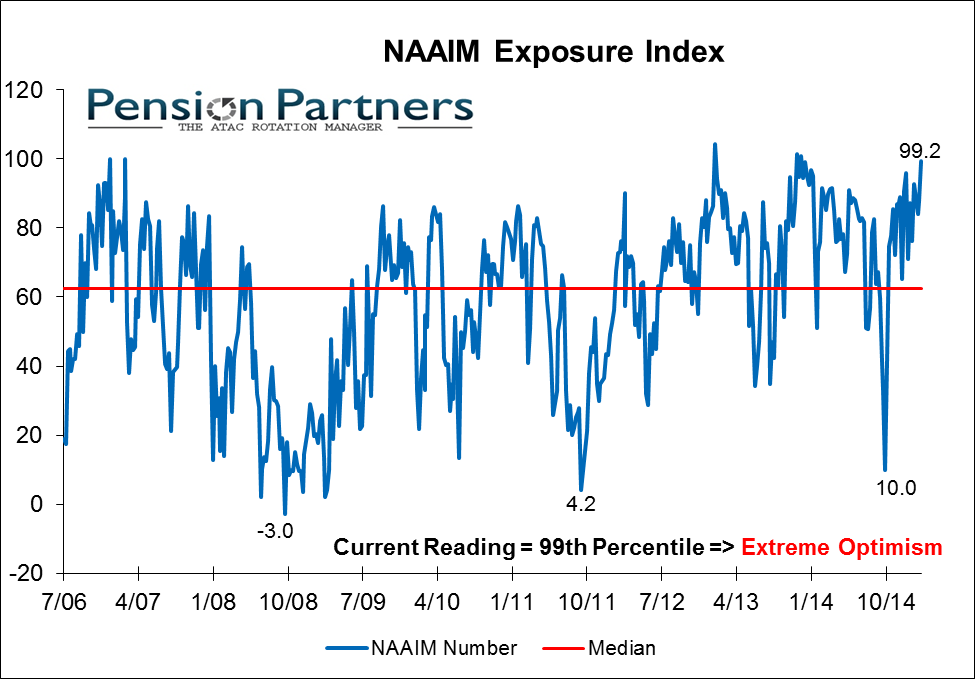 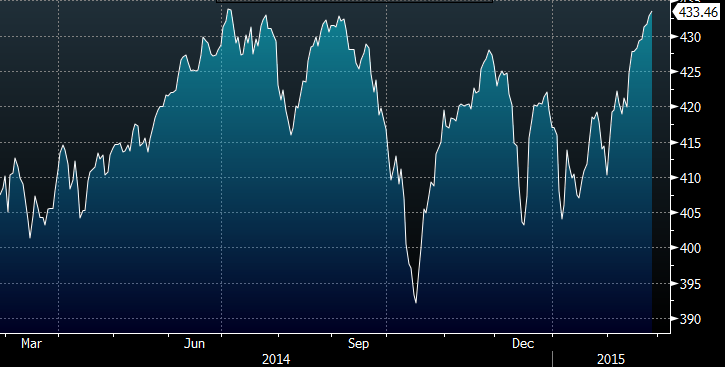 But all eyes have been on the Nasdaq which is so close to its 2000 high. The corresponding intra-day high for Nasdaq 100 was 4816. Will it break thru and make a new high as its peer indices have? And what if it does? Dana Lyons answers in his article:

On the other hand, Lawrence McMillan writes in his Friday summary: 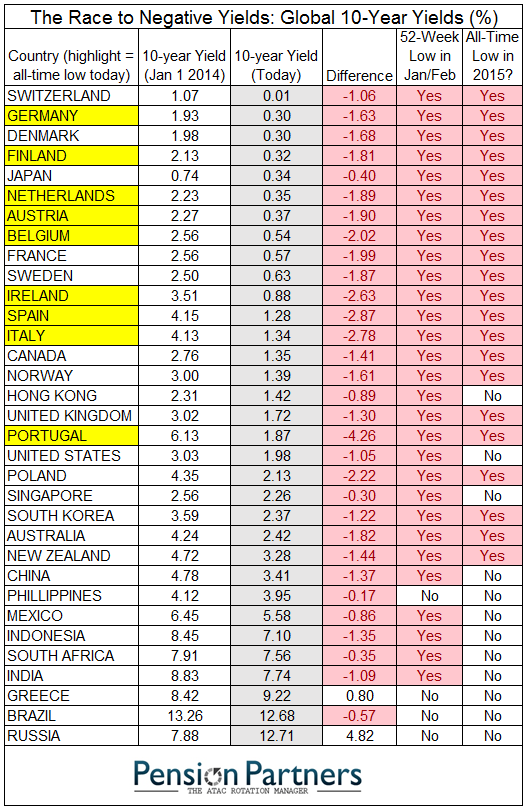 Whether this does anything for the European economy is less important than whether European QE will be a tail wind for European corporations. And European exporters will benefit from a weaker Euro. This is just a restatement of the famous “Don’t fight the Fed” rule of Marty Zweig.

Jim O’Neill came to favoring Europe over US from another angle:

Another way to look at this is that the US stock market has had its run. So,

On the other hand, resistance might be at looming in Europe as well:

Wasn’t oil production in the US supposed to fall with the drop in the price of oil? 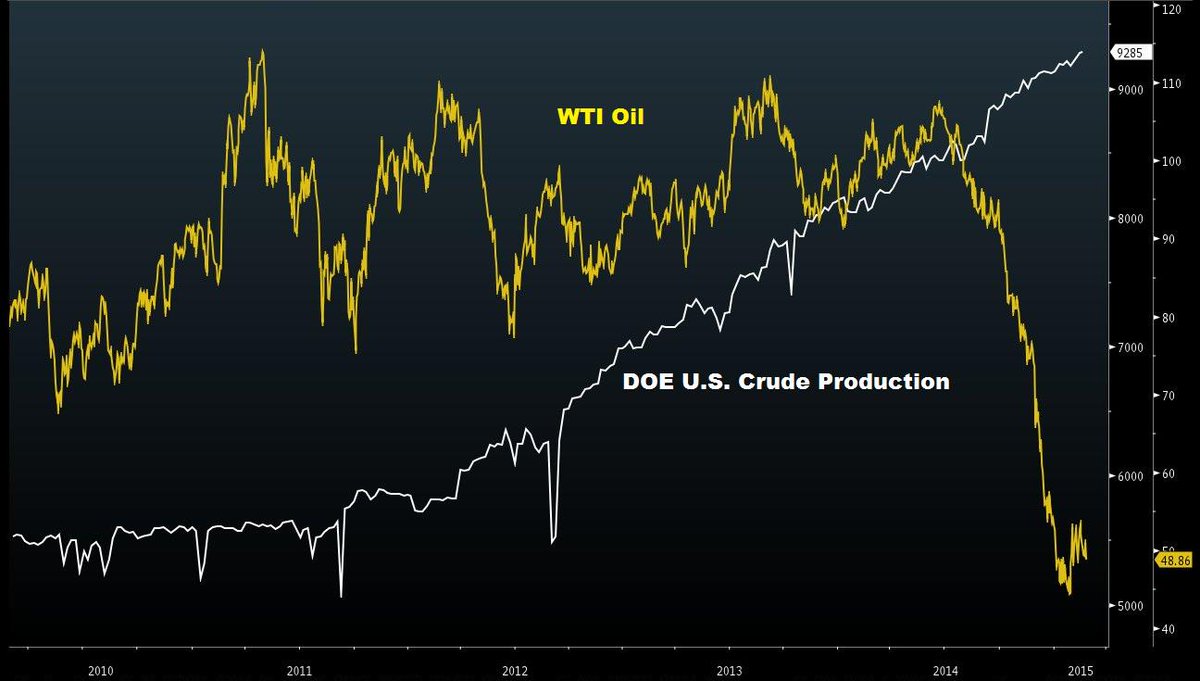 But oil that is produced has to be sold or stored somewhere. So how much storage is left in the US? Not much is the answer Franciso Blanch of BAC-Merrill Lynch gave CNBC’s Brian Sullivan on Friday:

If Blanch is right, then the basing in WTI over February could be a prelude to a leg lower, perhaps steeply lower. That doesn’t necessarily mean that Brent will go lower because of turmoil in Libya & Iraq. 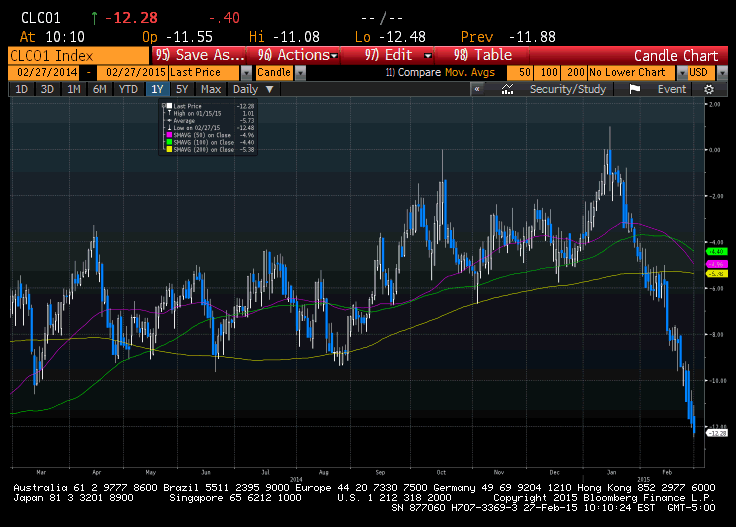 Blanch doesn’t think this Brent-WTI spread will continue for long because, in his view, running out of storage in US could also lead to Brent prices falling.

Those who are or want to be bullish on Gold should check out the Gold Special article in Futures Magazine. Their conclusion:

For a more detailed fundamental & technical discussion, see our adjacent article There is a party going on – In the Indian Stock Market.

We came across this handle and can’t resist listing a few choice laws on the books proving that legislative facts are funnier than Jon Stewart’s comedy: