Two weeks ago, we wrote it’s all about Greece. That’s where we are today. This was never really an economic game. It is all political that is unfortunately being handled by economic we-know-it-all morons in EU. Add a big component of anti-Greek contempt and that brings us to today. The only reason the deal is so close is due to Chancellor Merkel who gets it better than any of her minions. The Greek side is run by politicians who know exactly what is at stake – their own and their party’s political future.

So having taken it as far as he could, Prime Minister Tsipras is now letting it all hang out by calling for a referendum. They may not lose either way. On the other hand, the EU bureaucracy stands to lose a great deal. Remember, the entire EU mechanism was designed to create a supra-authority in Brussels of the EU elites. They genuinely believe that people, masses of people, are clueless and they need to be run by the EU elites for the greater good of Europe.

Regardless of what happens afterwards, a Greek referendum will set a precedent for the rest of Non-German-bloc in Europe. So when Spain, Ireland, Portugal, Italy or even France get into a mess, a referendum may be called by their leaders. That cannot be allowed to happen. The EU elites know they will lose every single referendum on EU & its austerity and that will be the death of the Euro experiment.

This is becoming like 1914, the war no one wanted but one that everyone stumbled into. Will the EU make an example of Greece by letting Greek banks go under & lead to riots in the street? Or will they try to manage the exit? Monday morning will be interesting.

Tsipras & his colleagues have followed the dictum of Germany’s Frederick – Audacity, Audacity, Always Audacity. Will their decision prove smart or suicidal?

Since it seems all about Greece and the referendum, what to do? Even the stock market seems to be giving two looks to the same formation as shown in Technical Charts by NorthmanTrader:

Andrew Nyquist used a macro-factor approach to express the same feeling – Confusion Reigns. In this article, he provides the same number of reasons to be bullish & bearish. It is an interesting read.

3. Bonds leading from behind?

There was no uncertainty here. Yields shot up this week in a definitive manner. Another clarity was that Bond is following the Bund- The 30-year Treasury yield rose by 18.5 bps this week, a big number unless compared to the 30-year Bund yield which rose by 25 bps off a much smaller level. 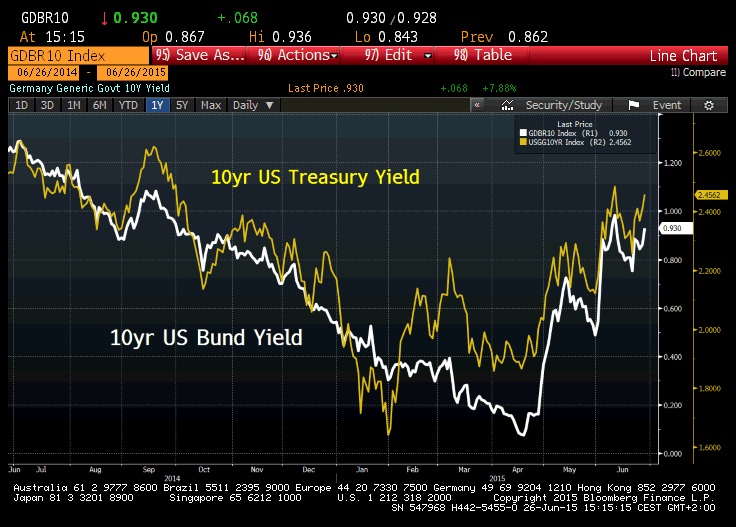 The entire Treasury yield curve rose in yield to close near its 2015 highs except the 30-year yield which did close at a new 2015 high. Some think 2.50% on the 10-year yield is big. Rick Santelli said the big level is 2.62% which we will see soon. If we break that, then you have open skies to 3%. Another view, via TLT, is: 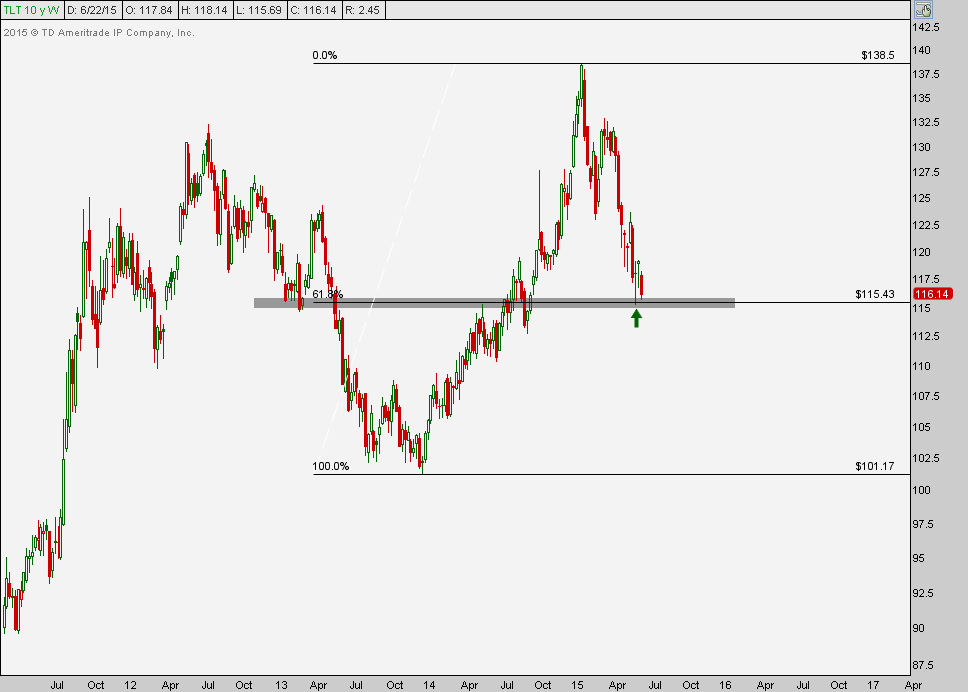 But could we be near the end of the Bundshock?

And a brave, lone voice:

Perhaps, in the “Jill came tumbling after” refrain, 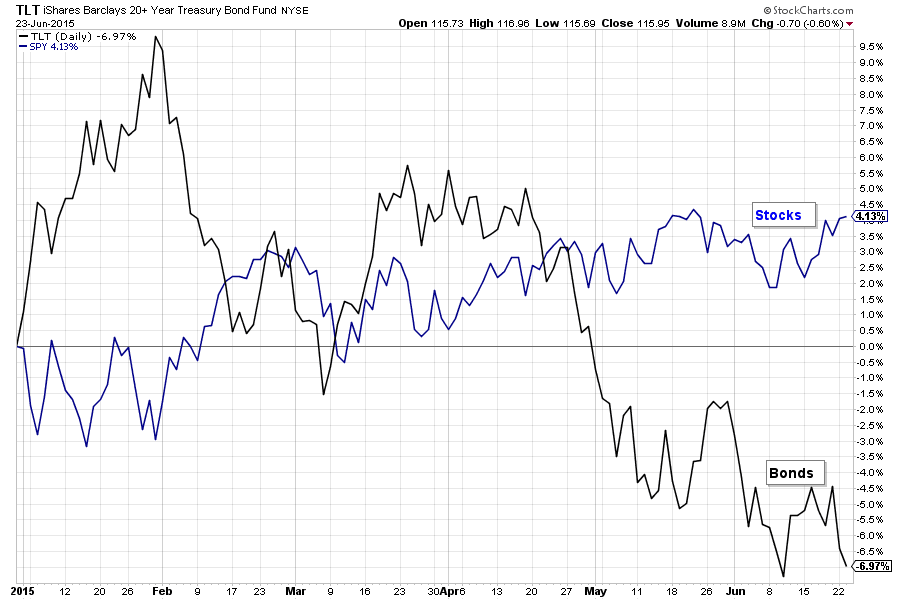 When nothing seems clear, look at seasonality? 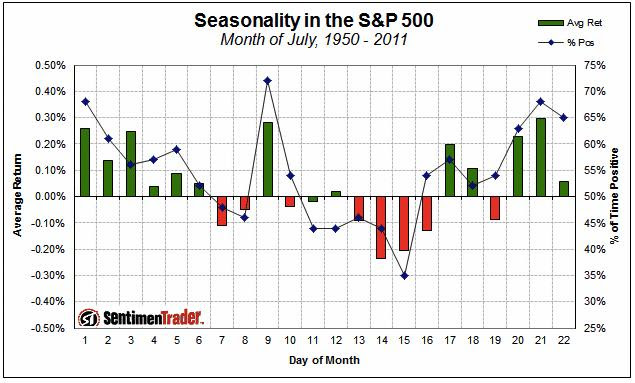 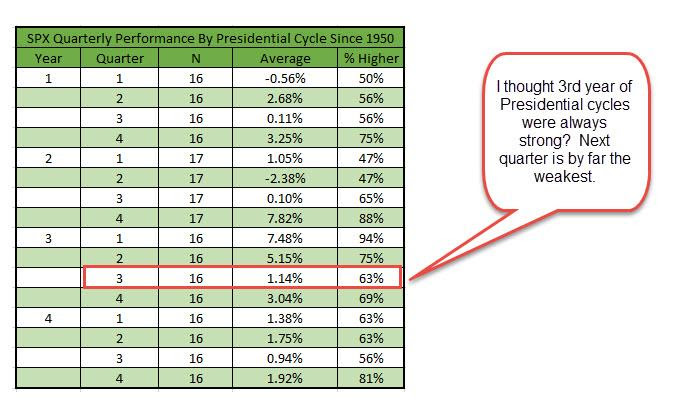 The last couple of years have been Carl Icahn’s years. People who listened to him or better followed him into Netflix or Apple have been extremely smart and lucky. That makes his dire warnings of this week worrisome:

Then you have Governor Rajan (pronounced Raajan), a widely respected monetary expert, warn of 1930s like conditions at a conference organized by AQR Asset Management Institute  this week: