Last week’s article about the Foundation of Yog has been received very well. It was circulated by readers to their own networks and then re-circulated. We have received several private responses which we will post on the article in a day or two. Our sincere thanks to readers. It is this feedback that keeps us going.

The global interest in Yog became evident on the first International Yog Day celebrated around the world last Sunday. There is no question that today’s global popularity of physical Yog is due to its embrace by Americans. But there is no question either that Yog is Indian, pure Indian. Kudos to Prime Minister Modi for realizing that Indian Society as the creator of Yog delivers a strong positive image of India to the world – a beacon on the hill to borrow a term from President Reagan or India as Jagat-Guru (teacher of the world) to use NaMo’s phrase. 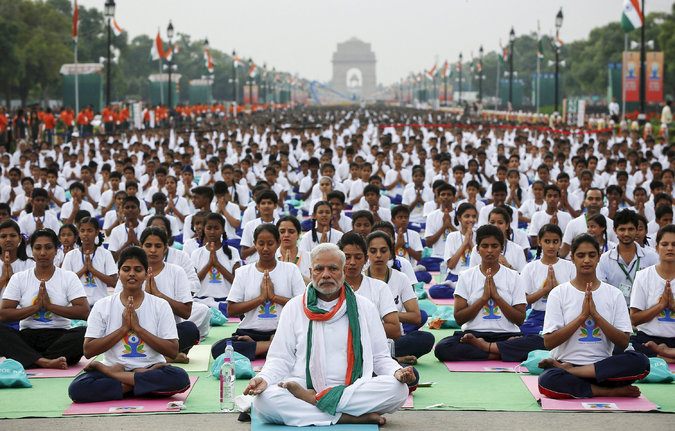 Another great export of Indian Society is Buddhism. Not only did Buddhism originate in India, its propagation around the world was due to the great Indian Emperor Ashok. This is why Ashok is regarded as the second most important man in Buddhist history. Buddhism is the most widely followed religion in Asia and all followers look to India as the birthplace of Buddha & Buddhism. 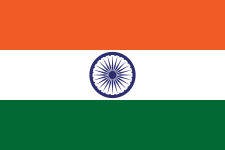 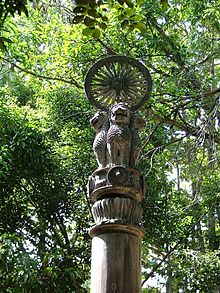 (Chakra of Ashok in the Indian Flag) (an intact Ashok Pillar at Wat U Mong near Chiang Mai, Thailand)

We have written on several occasions that Buddhism can serve as a bridge that unites Indian society with the rest of Asia, especially with China. We merely write while Prime Minister Modi does. Read what a visiting scholar at Brookings Doha wrote in his article Modi deploys his culture skills in Asia:

What about China? The Brookings article writes:

The vista of the rising Sun is glorious. As the rays of Sun reach us at dawn, the darkness of the night begins to disappear and optimism arises in us. This awakening inspired Indian Rushis at the beginning of known time and they looked to the morning Sun as a representation of the unimaginable brilliance of the Creator. They looked at the morning Sun and prayed that its brilliance would illuminate our minds on earth. That invocation is the Gayatri Mantra, probably the most famous among the immortal Vedic Mantra:

This role of the Sun was hailed in the famous Surya-Namaskaar or Namaskaar to the Sun exercise in Yog.

The Sun is not only to be invoked in Dharma & Yog. The brilliance of the Sun is a critical component in the drive to make Indian Economy strong & self-reliant in energy. This week saw an enormous step in that direction, a single step that in itself could meet 20% of Prime Minister Modi’s goal for solar power in India. If you’re thinking of taking part in the solar power movement, take a look at this solar energy equipment supplier.

Japan’s Softbank, one of the most successful private equity & venture investors in the world, announced it was forming a joint venture with Taiwan’s Fox-Conn and India’s Bharti Enterprises. Softbank is a leading global investor in telecommunications & Internet, Bharti runs one of the largest wireless companies in India and Foxconn is the manufacturer of Apple iPhones. But their venture is not in telecommunications or internet.

So what will their venture, SBG Cleantech Ltd., do? The Financial Times quoted Masayoshi Son, chairman & ceo of Softbank:

This is a very big step for all partners in this venture. As the Wall Street Journal wrote:

Not just sand. India has a lot of sunlight, the principal component of Solar power. Development of commercially successful solar power such as through evacuated tube solar hot water would be an enormous step for Indian plans for energy self-reliance. 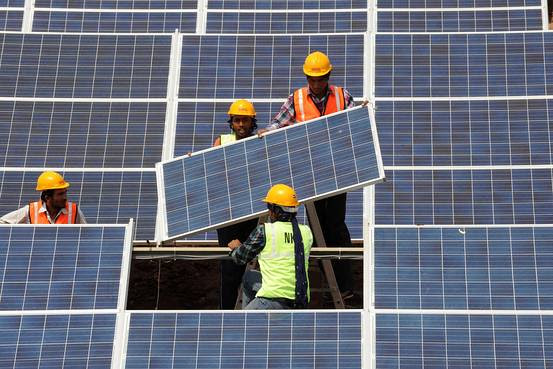 Such a massive investment doesn’t take place without total confidence in the prospects for the Indian economy and a very high degree of trust in India’s leadership. Read the quotes attributed to Masayoshi Son by the Economic Times:

China’s hockey-stick of growth was made possible by the brilliant leadership of Deng Xiaoping. Japan has seen first hand how Deng Xiaoping transformed China while pathetic nepotistic Indian leadership kept India mired in an economic swamp. For Japan’s Masayoshi Son to speak of a potential hockey stick moment for India, a moment that could rival China’s moment under Deng, is a statement of enormous confidence. And such confidence leads to big bets like the one he made this week.

And this increase in confidence about India seems pervasive, at least among global investors. Read what Daniel Altman, adjunct professor at New York University’s Stern School of Business wrote this week:

What you are seeing is the concept of “Tale Risk” coming true in practice. This clever term was coined by Nobel Laureate Professor Robert Shiller of Yale in March 2014:

We applied Shiller’s Tale Risk concept to Narendra Modi on March 29, 2014 in our article Why Are They Upgrading India Now? – “Wave” or “Tale Risk”?

Frankly, the application of Shiller’s Tale Risk may be a better fit for NaMo than for Abe. Because, Prime Minister Abe has been greatly aided by the unprecedented stimulus policies of Bank of Japan Governor Kuroda while Reserve Bank of India Governor Rajan (pronounced Raajan) has not, correctly we might add, opened floodgates of monetary stimulus in India.

Shiller’s comments about “Nationalism“, “impact on confidence“, “being a part of a successful country” apply to Prime Minister Modi not just within India but globally. NaMo’s nationalism is not jingoistic like China’s. It is a beacon on the hill type of nationalism that is based on successful & respected ideas for the World like Yog & Dharma.

After all, the most successful realization of Shiller’s “Tale Risk” concept was the leadership of President Reagan. That type of transformation of a large country is what Prime Minister Modi seeks to deliver in India. It won’t be easy but we are confident he will succeed.