Greece put away, China stabilized, and a lot of cash piled up on the sidelines in fear. All it needed was a spark. It got dynamite and stocks exploded in the best week of the year. Not all stocks but stocks that promised high growth as well as growth with discipline. The result = 15% plus rallies in Google & Netflix in the after-market hours. The word rally is so improper. What we saw was a buying panic. Google was cheap but Netflix was not. Wait it was cheap when compared to where it could go. So babaaaboom! And analysts said you ain’t seen nothing yet. 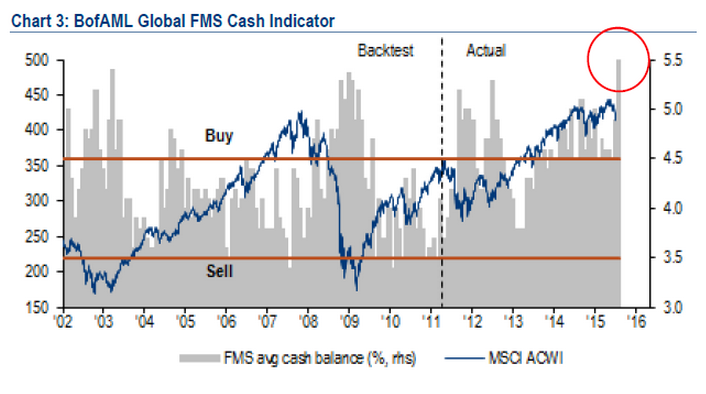 Remember all those charts & prognostications about the market making a big move in one direction or the other. Is that in store for us on the upside? Next week, we have Apple and the week after Facebook. And in that week after, we have Chair Yellen.

This week, Chair Yellen sounded as clear as she wanted to sound. And this time, the markets seemed to listen and concur. The Dollar rallied 2% in a week the Euro was supposed to rally. And Gold, Oil collapsed. Jon Hilsenrath also agreed and wrote:

This sounds so much like March when the Dollar was soaring, Oil was collapsing and everyone was primed for Chair Yellen to sound the trumpets. But she went the other way to deflate the Dollar rally. This time seems similar with Dollar rallying hard & Commodities breaking down hard.

There is one difference though – In March the economic outlook for Q2 & later was more bullish. Now, as Jeff Gundlach said, “the Fed’s forecast for 2015 is the lowest it has been since they started predicting what 2015 would be“. And what happens when the Fed talks about raising rates in a ho-hum economy – the yield curve steepens & the long end rallies hard.

If all this, Dollar rally, commodities breakdown, and yield curve flattening, continues next week, then will Chair Yellen send the same hawkish signal on July 29th she did this week? We doubt it. So why did she sound so hawkish this week? The Fed is a political animal and Chair Yellen knew the Congress wanted her to sound hawkish. And she did sound so just right.

We hope she proves us wrong and sounds a hawkish note in the FOMC statement on July 29th. But that’s not how we plan to bet. Look what’s happening to inflation expectations already: 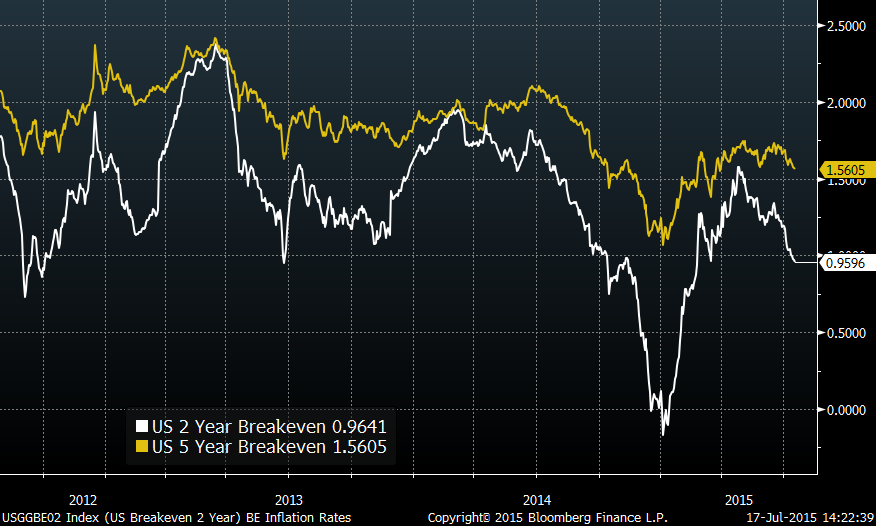 And look where the Dollar could go? 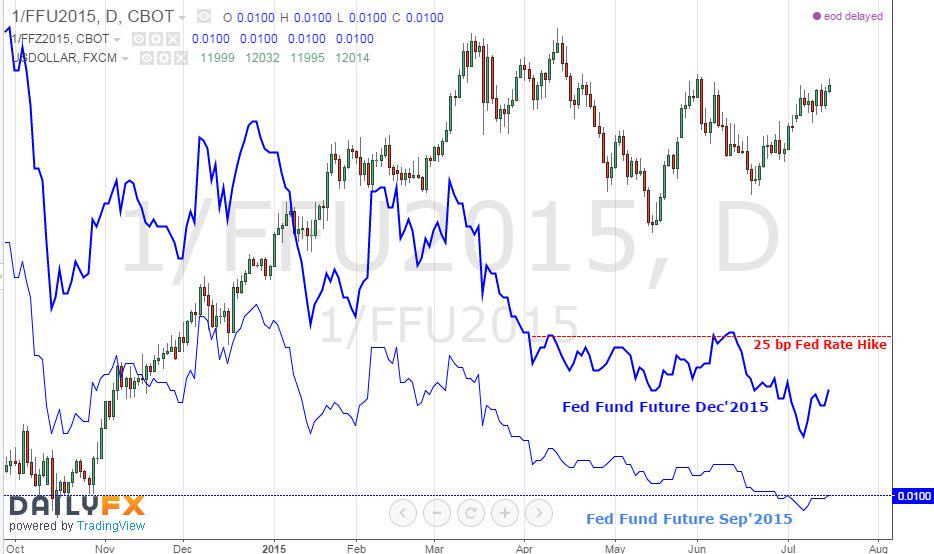 As we said last week, the Greece situation changed when the US got involved via IMF. This week Secretary Lew flew to Europe to meet with EU & German officials. What has happened so far is merely the first act of this play. The real game may be about to begin in earnest.

But look what the ending of the first act did to concerns: 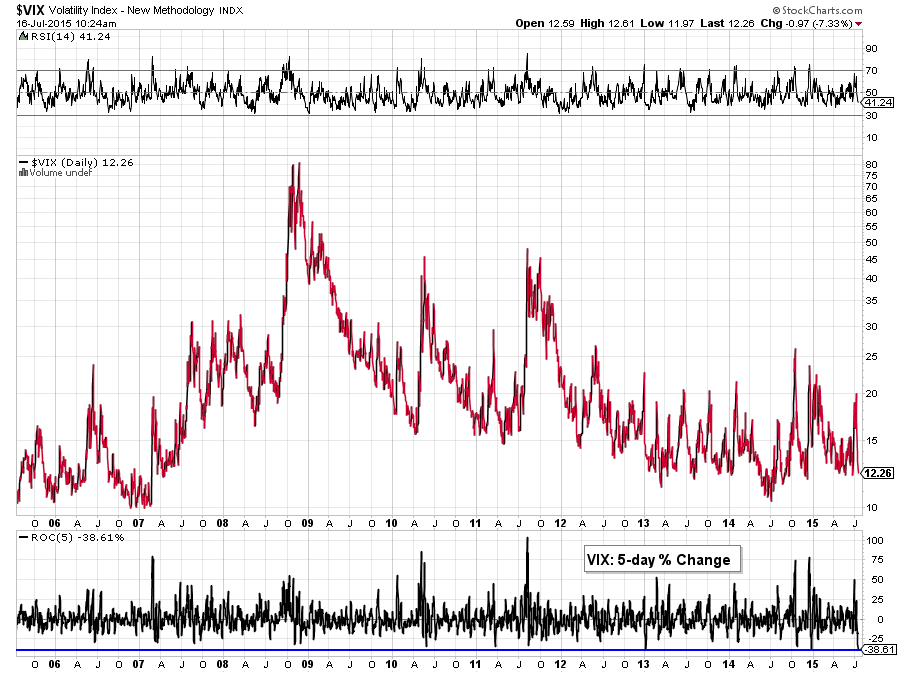 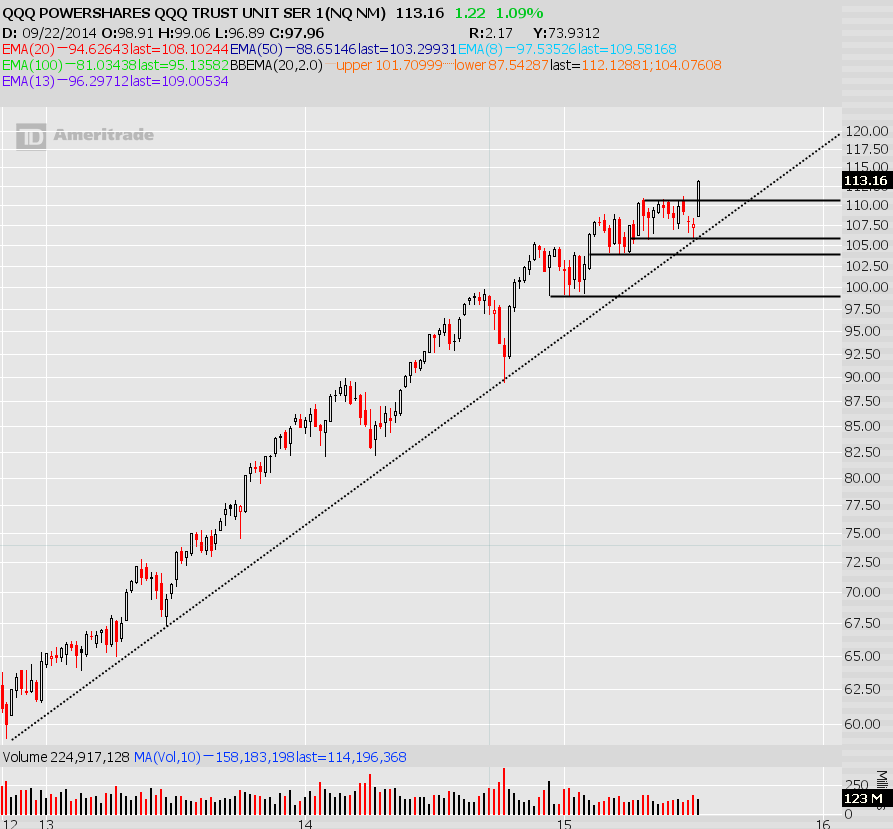 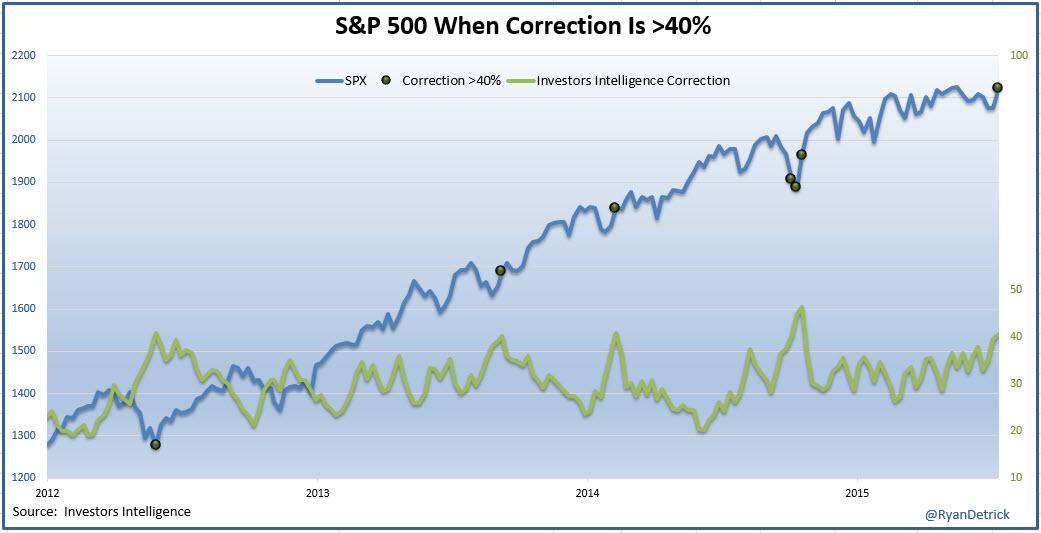 Will the indices keep their rally and decisively break out? Or do they fail again? 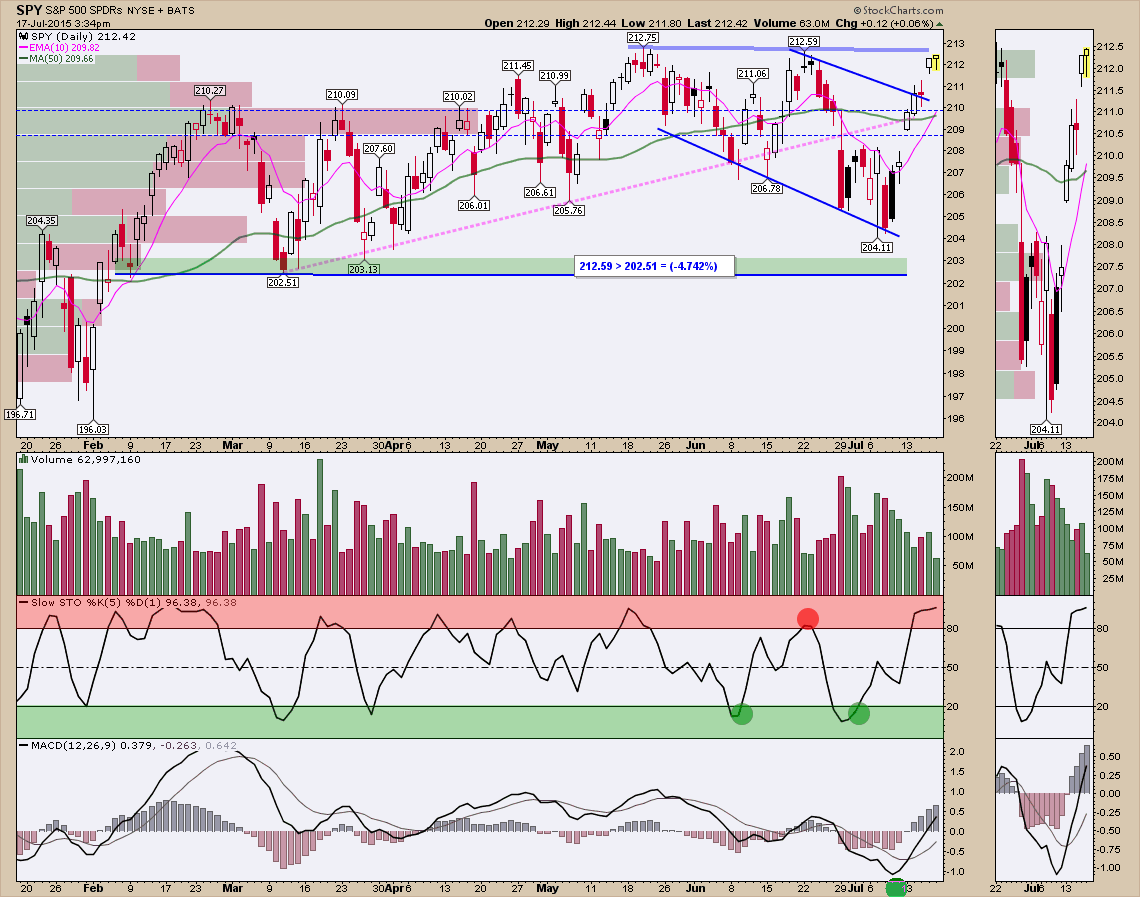 One indicator suggests not but the sample size is rather small:

The one negative indicator that caught our eye was from Northmantrader.com:

Was the price action in Gold & the miners ugly on Friday? A guy who has been right on Gold & Silver since last year seems committed to the downside:

But Tom McClellan argues differently in his article Gold Priced In Euros Has Gone Quiet:

That also is the message of:

If there is to be a bottom in Gold around August, wouldn’t Chair Yellen have to retract her hawkishness in the July 29th FOMC statement?

Oil took a hard dive down this week, harder than Gold did. 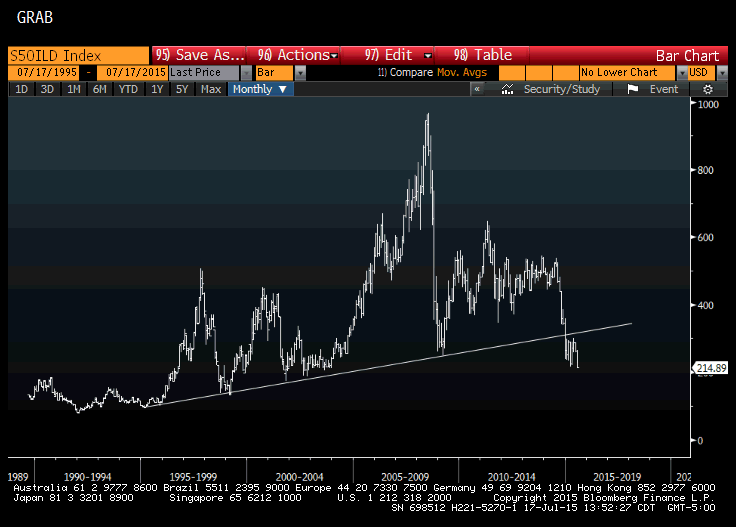