1. “rate rise here is enormous risk to the Fed“

Who made this succinctly profound point? Art Cashin of course.  Does Chair Yellen want the label as the one who pushed the global economy downwards? We don’t think so. As we wrote last week in our FOMC section:

Commodities & EM currencies broke down to multi-year lows this week, the yield curve flattened hard all week and for once the US stock market took a hard drive. The last factor stunned even veteran market watchers especially after the rocket propulsion by Netflix & Google last week: 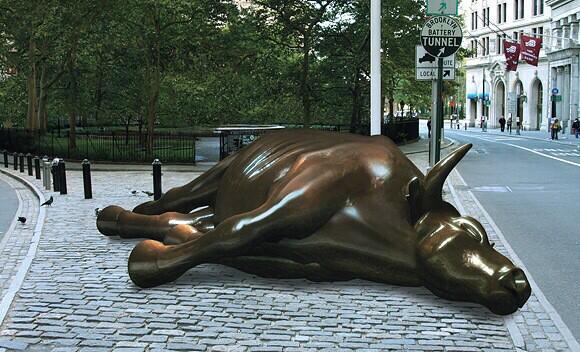 What would happen if Chair Yellen takes out the September rate hike possibility next Wednesday? That would depend on the positioning of the big guys, of course. But we did get a glimpse on Friday afternoon when some one “inadvertently” leaked dovish interest rate projections for 2015 & 2016 intra-day.

The 2-year yield fell hard and 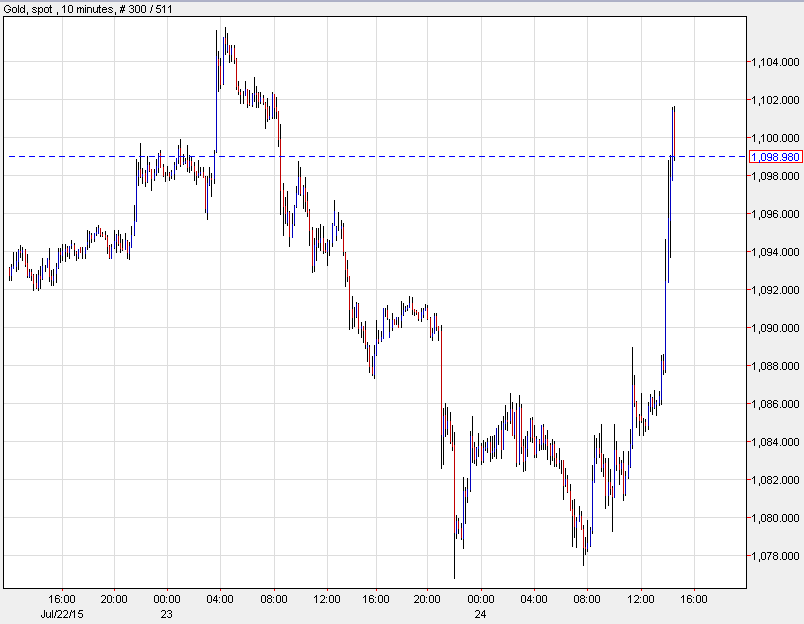 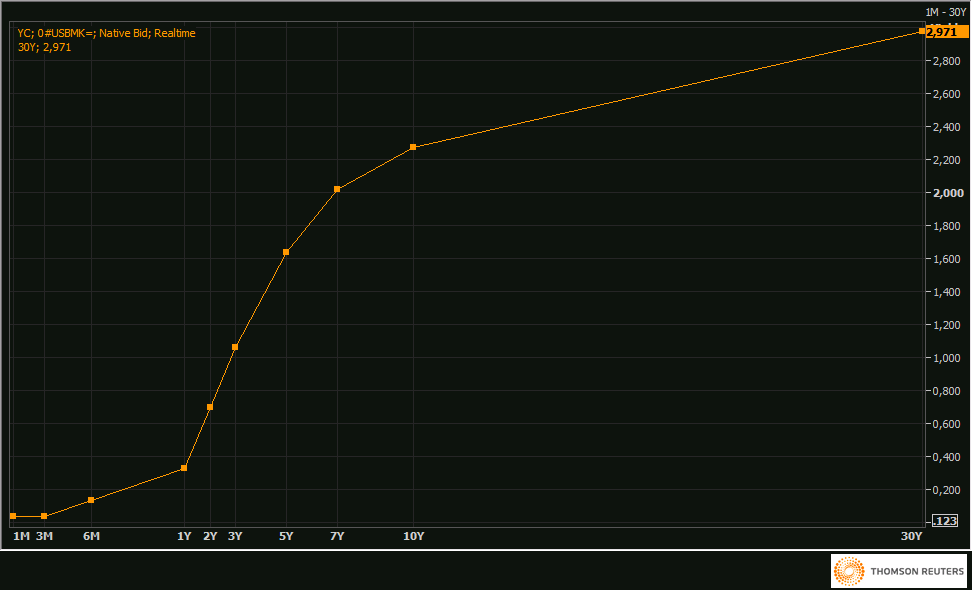 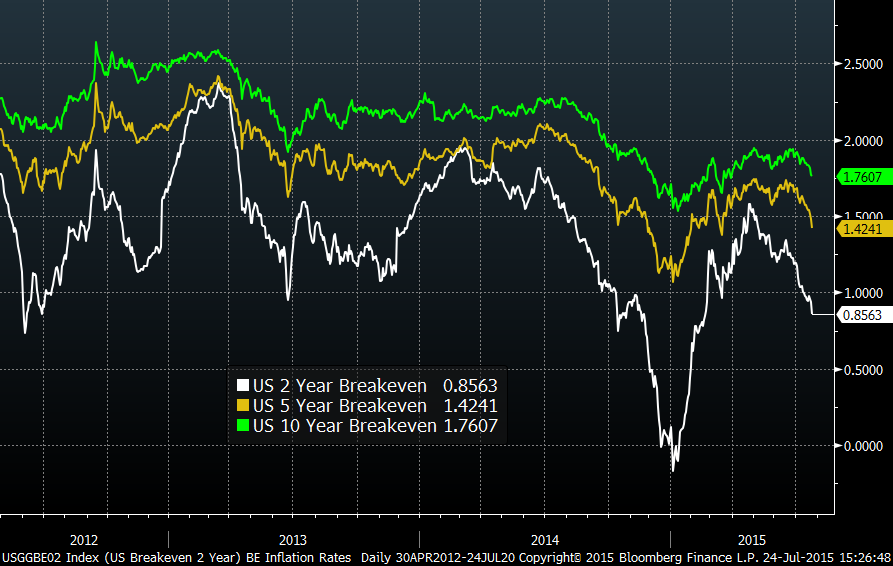 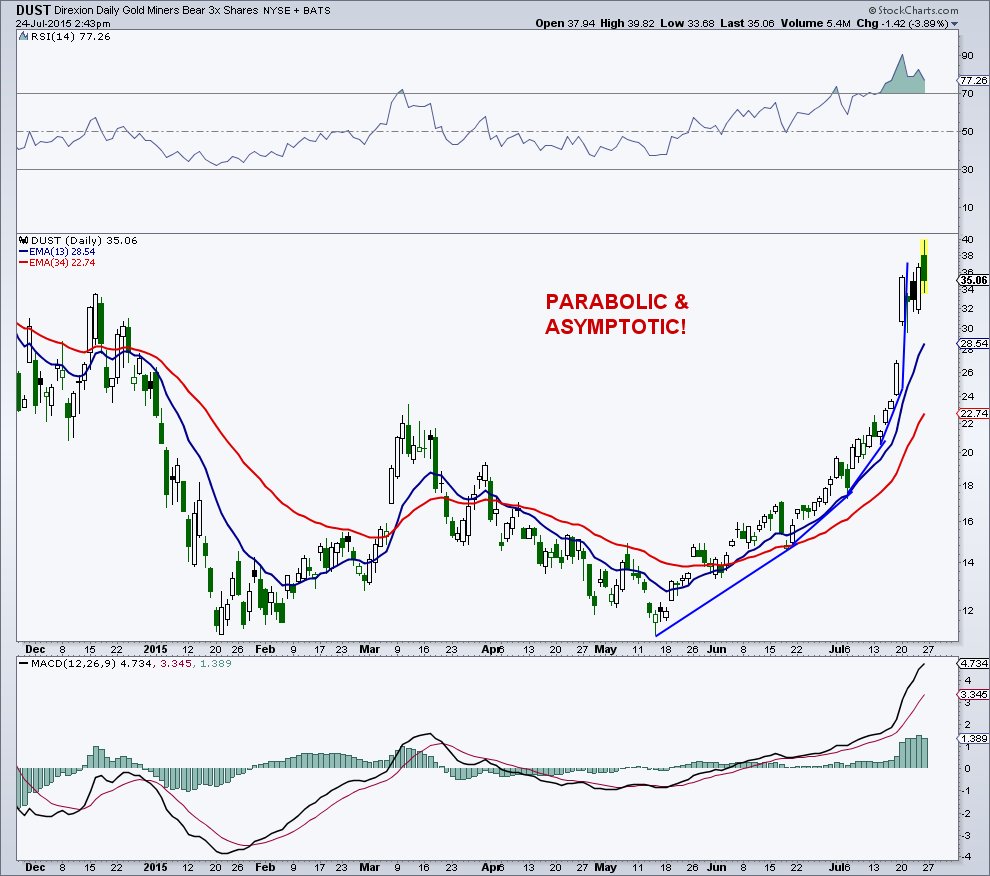 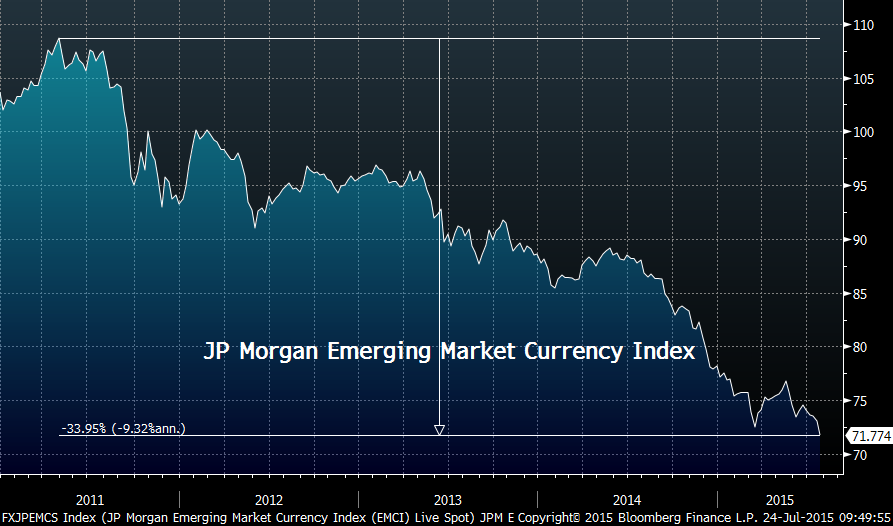 Even assuming the leak on Friday was really inadvertent, would Chair Yellen allow a hawkish statement next Wednesday, a statement that seals in a September rate hike? We doubt it because, as Art Cashin said, it could pose an enormous risk for the Fed.

When the founder of the largest hedge fund in the world says “now no safe places to invest“, it makes an impact. The text of Dalio’s letter, as reported by Institutional Investor, is even bleaker:

Not that any one cares but we concur. We have been in Marc Faber’s camp of maximum 4% growth this year. We have been in the camp of Michael Pettis that the transition to consumer-spending economy will necessarily mean a few slow growth years. But that was before the recent asininely stupid attempts by the Government to hold up the Chinese stock market by prohibiting investors from selling their stocks. The only way it can work if the Chinese Govt begins buying stocks in the exchanges and keeps buying until confidence of Chinese investors in the absolute infallibility of the Government returns. But isn’t this possible only if they have unlimited money and unlimited time? Not in any other country which gets Gambler’s Ruin. But China. May be they could do it and that is what they mean by belief.

The Chinese government may feel obligated to buy stocks held by their citizen investors. but they are not obligated at all to keep buying stuff from other emerging markets or from EU. And that may be the greatest risk to growth in Europe.

Once again, can next week’s FOMC statement lean hawkish towards a September rate hike or will it lean dovish? That might be more relevant in the short term than the slowdown in China, that is if Chinese markets maintain at least the illusion of stability.

But stocks rallied very hard last week and fell very hard this week giving up all the post-Greece gains. There was no bounce from the first Hemachandra-Fibonacci retracement level, only a straight fall to the second level:

What if this level doesn’t hold? 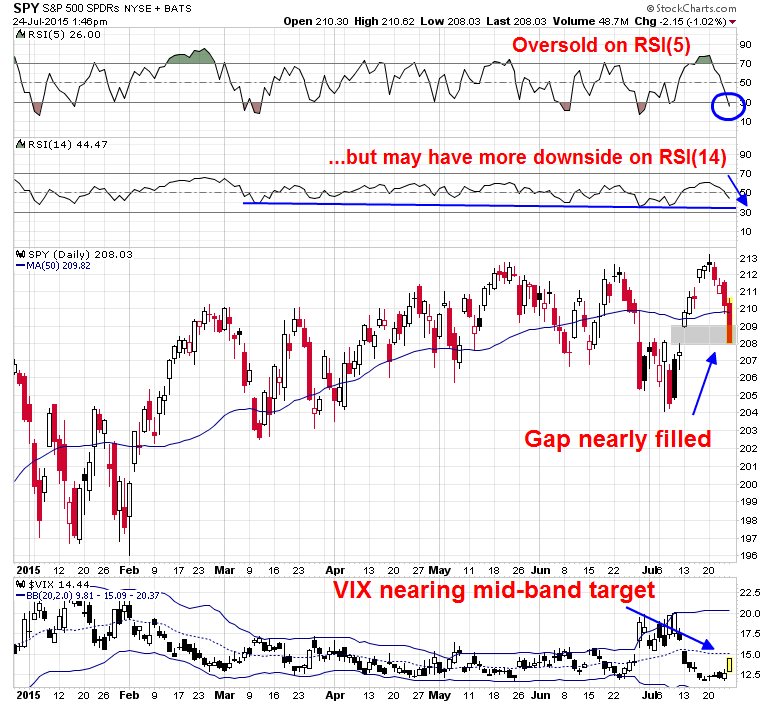 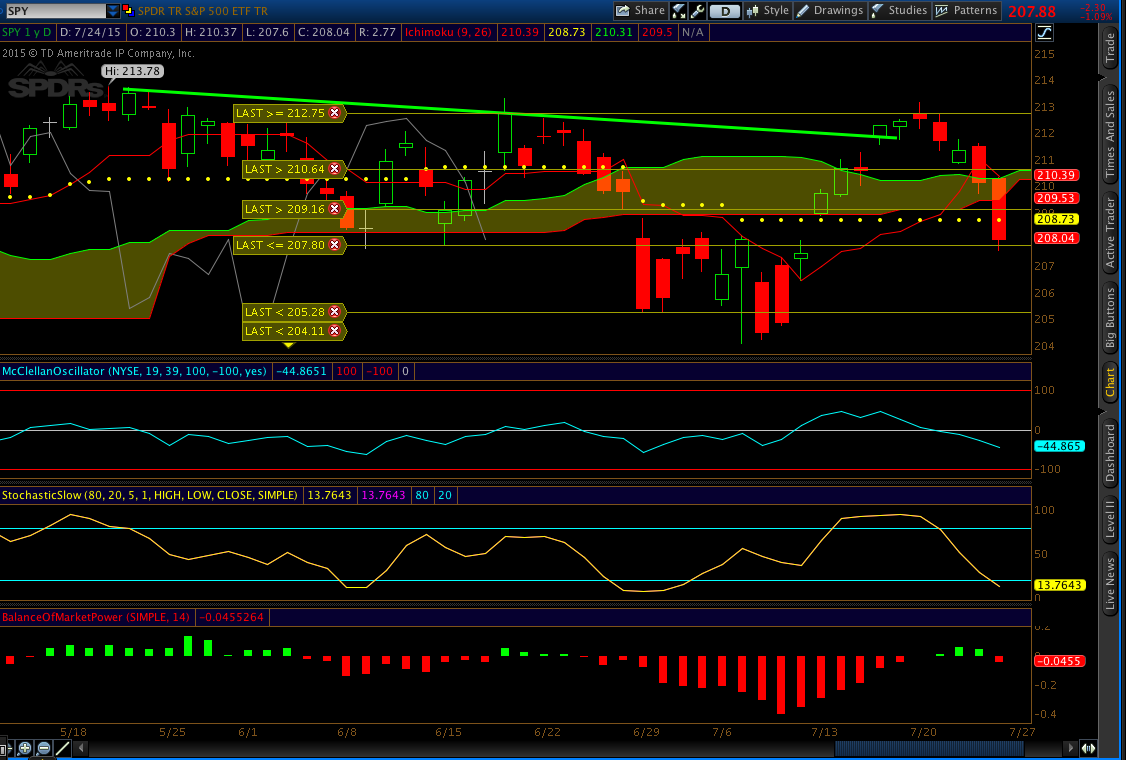 Tony Dwyer reaffirmed his bullish out look on CNBC FM 1/2 on Monday with a 2334 target for year end 2015. he has been right so far and may well prove right this time as well.

On the other hand, Tom McClellan suggests the possibility of a major top in August 2015 in his article RASI Shows Bull Market Waning:

This week’s action with serious slowdowns in China & Europe does suggest the possibility of something ominous that is lurking, something that is finally spooking the stock market. The action of the 30-year Treasury Bond is disconcerting even to those who own it. If you share even a few of our worries, take a look at the article titled Totality from NorthmanTrader.com. There are too many charts for us to highlight and so we will merely include some excerpts. Read the article and look at the charts if the excerpts below are of interest to you.