1.Yellen understood what Paulson/Bernanke didn’t in 2008

This week was the 7th anniversary of the Lehman disaster. Remember the talk then about how the Lehman filing was “priced in the markets” before it happened. We are convinced that both Secretary Paulson & Chairman Bernanke believed that a Lehman filing was priced into the markets. What made them feel so? On Friday, September 12, 2008, Lehman stock closed down 57 cents to $3.65, a suggestive price. So, in our opinion, Paulson allowed Lehman to file for bankruptcy without fearing any major consequences.

What Paulson/Bernanke had forgotten to consider was that the corporate bond market was confident that Lehman bonds were safe. And, if we recall correctly, the Lehman bond position on Friday September12, 2008 was valued at over $140 billion. Thanks to Paulson/Bernanke, these bonds were reduced to mere pennies on the dollar on Monday, September 15, 2008.  Almost instantly, the CDSs of Goldman & Morgan shot up to the sky and a full systemic crisis was on. To say Paulson/Bernanke panicked would be a severe understatement. They begged the Congress for the $800 billion TARP and Paulson literally knelt before Speaker Pelosi to convince her of their desperate need.

Fortunately for us, Chair Yellen understood that the stock market was NOT the primary market to decide whether a rate hike was priced in or not. She understood that the only market that had to reflect the “priced in” condition was the Federal Funds market. And that market was in the other camp in a resounding “no hike” condition. And this is the market that has had a 100% track record in predicting a Fed rate hike during the week it happens.

Had Chair Yellen yielded to the stock analysts, economists & journalists, she would have stunned the FF market. Then, as Jim Bianco had warned in his conversation with Rick Santelli on September 3, that market would immediately have priced in a much higher FF curve for next year and beyond.

History shows what happens when the Fed stuns the interest rate markets negatively – accidents. As Larry McDonald has pointed out on CNBC and in print, outstanding global credit is currently at $50 trillion, up over 100% from $22 trillion in 2005 & up over 50% from $31 trillion in 2010. Rarely have global credit markets been so exposed to a financial accident & rarely have global central banks become so utterly helpless to rescue markets from such an accident. This is why sagacious people like Art Cashin, Larry McDonald et al were warning about the dangers of a rate hike at this time.

Kudos to Chair Yellen. She understood the risks and stayed her hand.

The feeling was palpable: 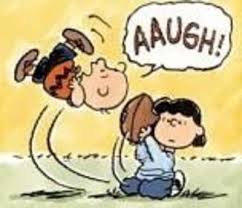 If the Yellen Fed is Lucy, who is Charlie Brown? All the traders/investors & economists/journos who had bought into, what they considered as, the sheer certainty of a rate hike or at least a hawkish commitment. Instead, they got a dovish action and a dovish statement. How dovish?

The palpable anger was not about the Fed action but about being misled for the past several weeks. With all the Fedspeak we had heard, the comments from people in the know about the Fed being desperate to raise rates, too many people had become conditioned to expect a rate hike this week or at least a virtual promise this week of a rate hike to come very soon. How stupid must they have felt? No wonder the anger is so palpable.

And it is totally the fault of the Fed-heads and their abominable practice of constantly babbling on TV about their individual opinions. It got so bad that both Peter Fisher & Jim Cramer protested loudly four weeks ago :

And guess what happened four weeks ago? The beginning of the August decline. But that experience hasn’t taught this Fed anything. Why? Because Fed-head Bullard will be on CNBC Squawk Box on Monday, September 21 from 7-9 am as guest host.  Frankly, we blew our top when we heard this and sent an angry tweet to CNBC’s Kelly Evans who announced this with cc to Jim Cramer.

We all just heard from Chair Yellen. We read her statement and we heard her answer questions from a bunch of reporters for 45 minutes. This was two days ago on this past Thursday. So why do need to listen to Bullard on Monday? What can he say that is different from what Chair Yellen said on Thursday? Is he going to walk back part of her message and if so how do we know she agrees with what he will walk back?

Or is he there to massage & make cooing sounds if Monday morning is anything like the morning on Monday, August 24th?  And will anyone really believe, with all due respect, whatever crap that Mr. Bullard will dish out? Shame on you, CNBC Squawk Box. You do this just because investors cannot sue you for tort, for delivering comments from a Fed-head who arguably has misled some investors in the past.

Sorry, folks! We are really fed up with the Fed and we just can’t keep our frustration bottled up anymore. We don’t want to hear from any Fed-head any more except for Chair Yellen.

Below is our description of what happened on the afternoon of Wednesday, August 19 after the release of the Fed minutes?

Isn’t what happened on this past Thursday afternoon & on Friday a virtual replica of what happened from 2 pm on Wednesday 8/19 to the close on Friday 8/21? Last week, we suggested a possible bonfire of the shorts after the FOMC statement. It was that & more in the immediate aftermath of the Fed statement: 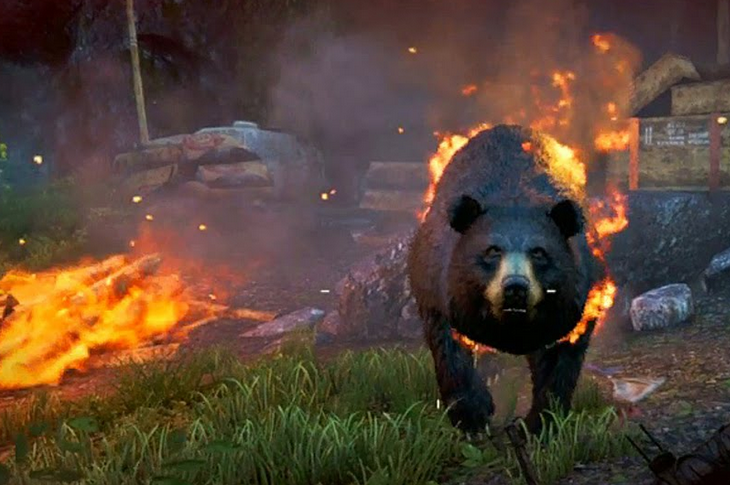 The S&P shot up to 2020 and then, as if on the proverbial dime, the stock market turned and fell hard. Friday morning was ugly and Friday’s close was just as ugly. 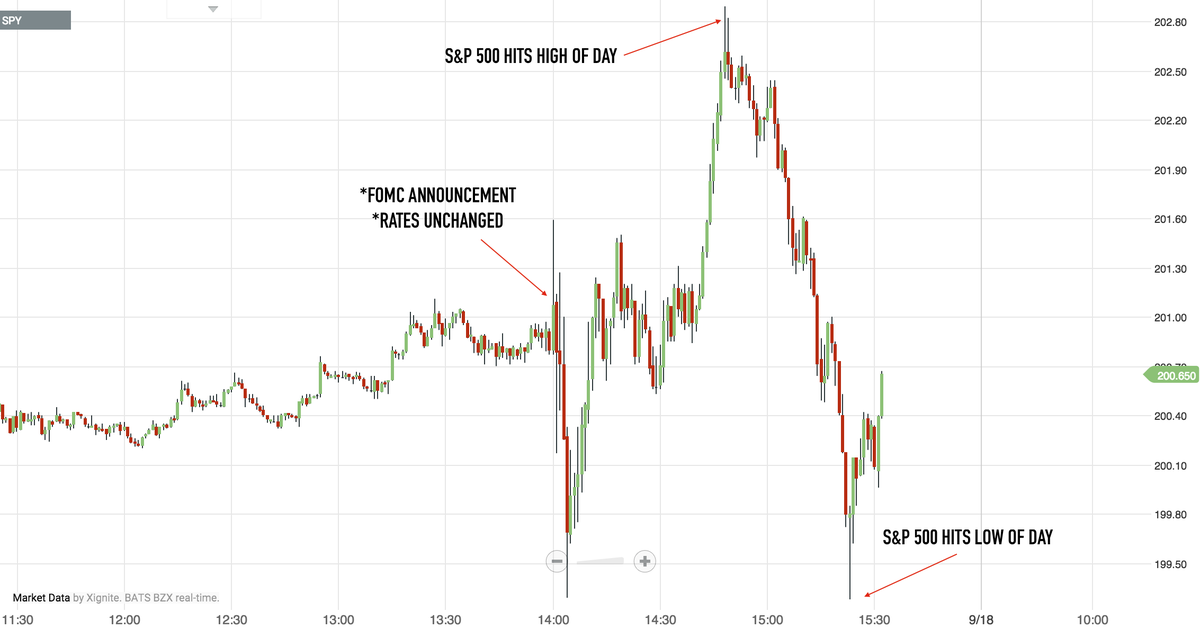 Both Friday 8/21 and this Friday 9/18 were options expiration Fridays. We know what happened on the morning of Monday, August 24. Let’s see what happens on Monday morning. 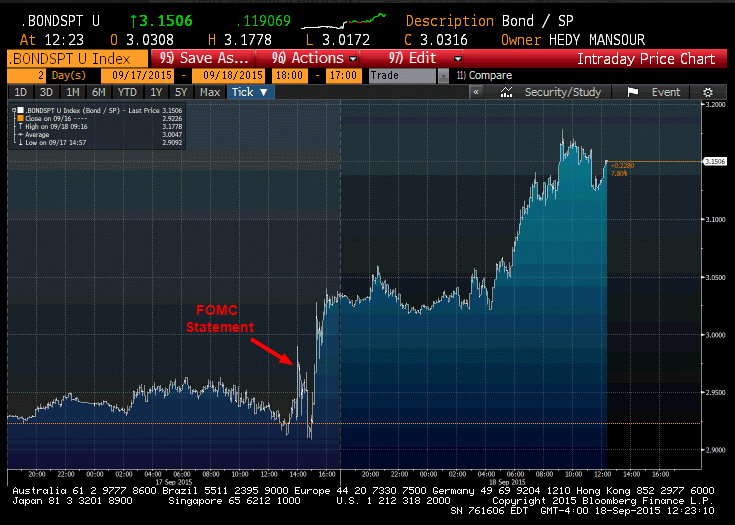 Why would dovish comments from the Fed lead to such selloffs? We had written on August 22:

Frankly, the realization on this past Thursday was worse. Now it is not just about Fed being clueless. It is about the Fed being possibly helpless. The uber-dovishness of the FOMC statement sent a chill down the spine of many investors about the trajectory of the global economy. Every one knows that China is slowing hard. But the finger-pointing at China suggested that the Fed was worried about the China-EM slowdown possibly infecting the US economy. This suggested weaker global growth and that changes the investment case substantially.  Look what the FF market has begun to price: 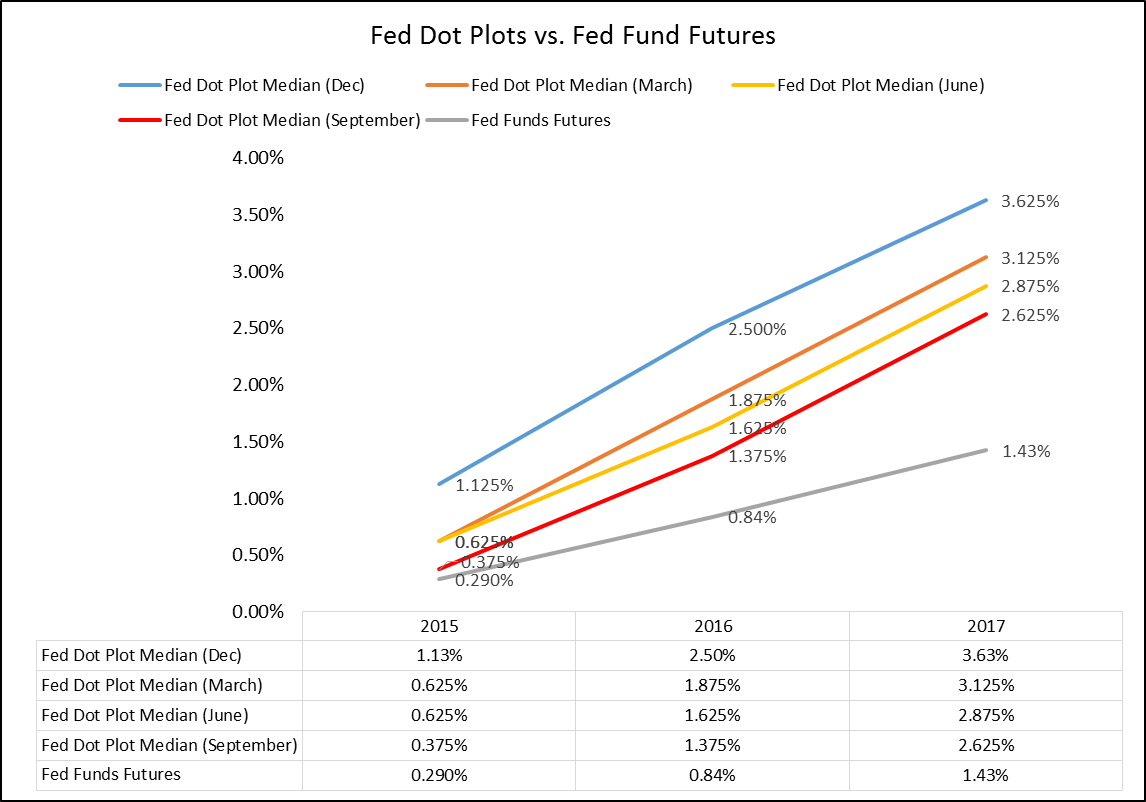 How would slowing global growth be represented in the markets? Like below? 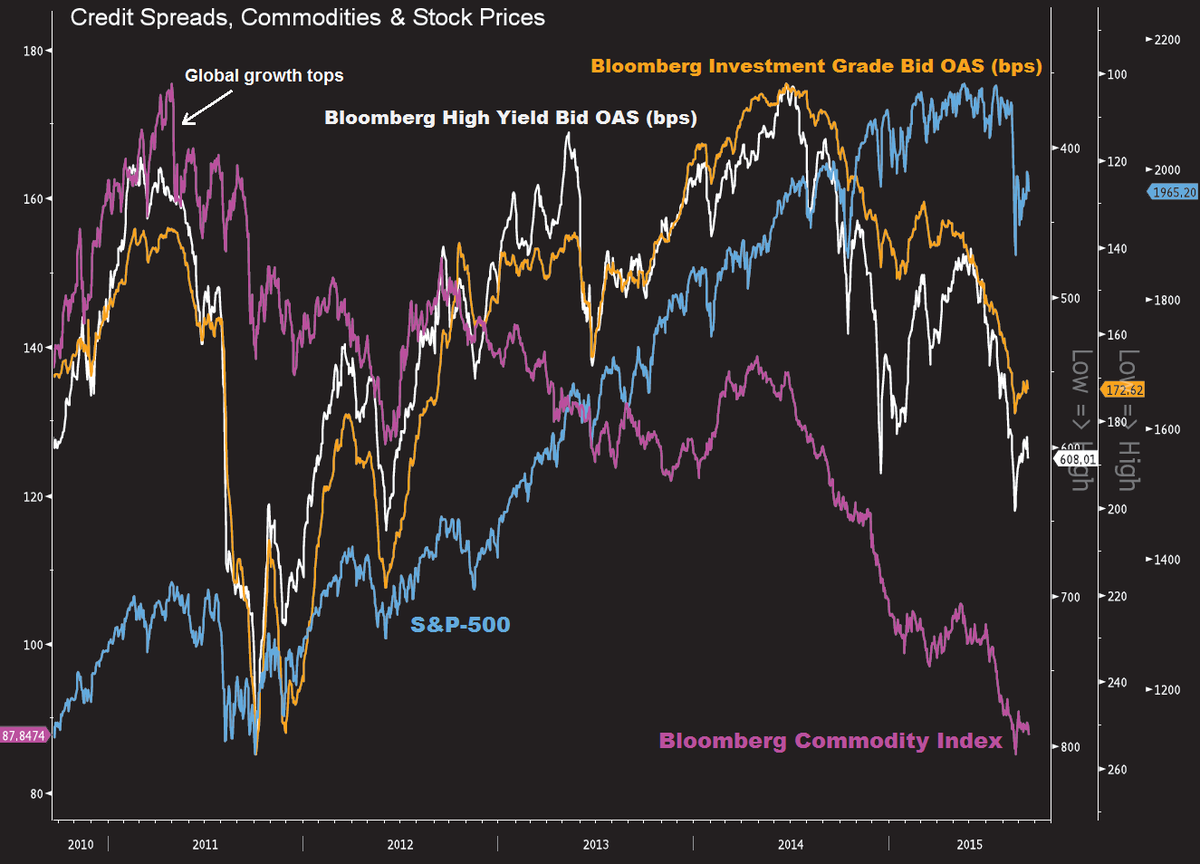 4.Curious Action of the U.S. Dollar?

The Dollar behaved as it should have on Thursday: 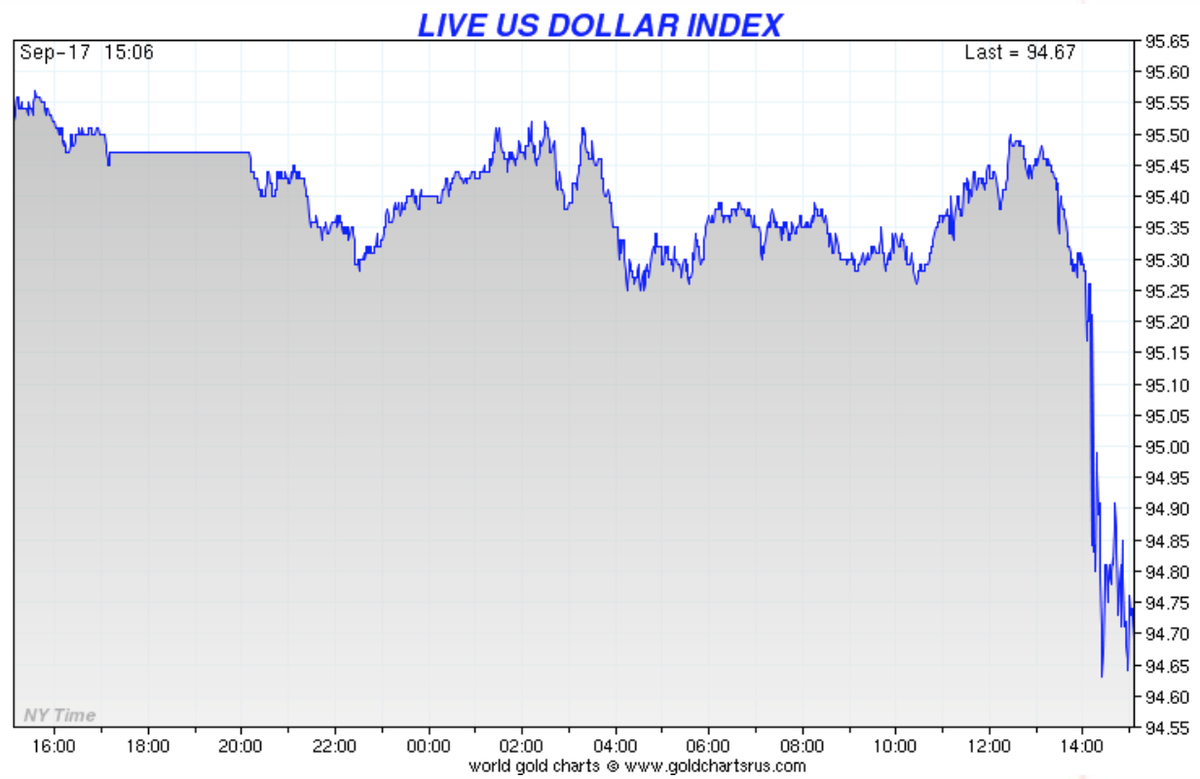 The Dollar opened weak on Friday morning and then it reversed to close up by 1%. In fact, DXY recovered its 200-day moving average at the close on Friday. One day or one weekly close doesn’t make a trend but the specter of a Dollar rally after a dovish Fed action brings back uncomfortable memories of 2008.

Yields rose across the entire curve for the first three days of the week. The selling seemed unrelenting and occurred regardless of the moves in the other asset classes. Frankly, it seemed as if some large holders were liquidating part of their positions ahead of the feared Fed tightening. This was despite large short positions in Treasuries revealed in CFTC data. Was that Tepper’s EM reserves river flowing out?

We wonder whether the Fed’s stunning decision would reverse the outflowing of Tepper’s EM reserves river. It seems likely that China & other EMs might have sold a portion of their Treasury positions in fear of Fed’s tightening. The question is whether that selling has stopped at least for awhile after the FOMC decision.

We suspect so otherwise the steep fall in yields after FOMC might have been tempered by selling at higher prices by China-EM et al. We should get a better sense next week. Because the natural action in Treasury yields should be:

The big turn was on Thursday just after S&P touched 2020 after the FOMC statement. Kudos to traders who changed their direction just at the right time. A couple of tweets we noticed are:

What about next week?

On an intermediate term:

What might be a reason for breaking down to these levels, especially after a dovish Fed? 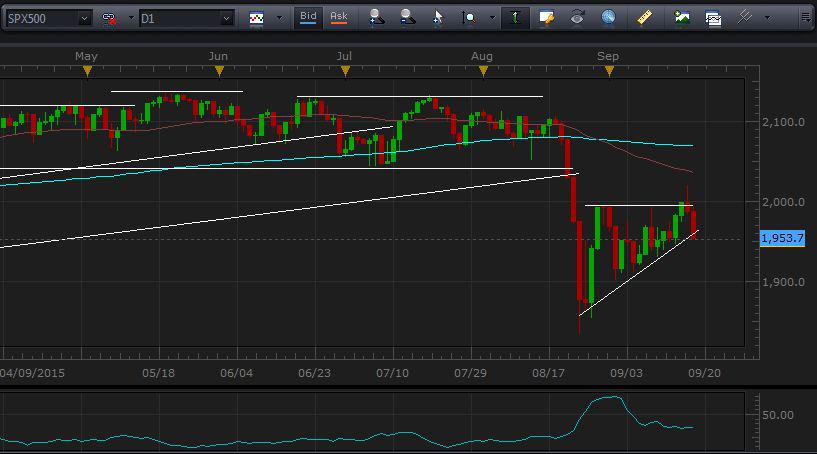 After all, there are only two major choices: 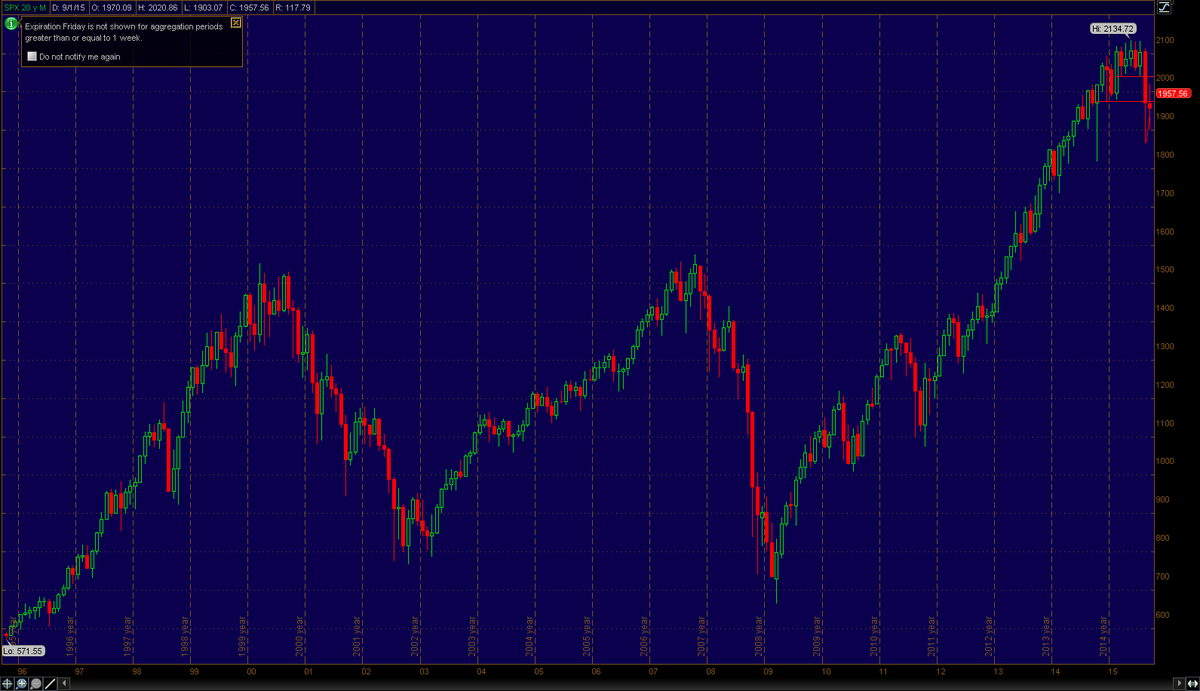 An intermediate term analysis from Dana Lyons titled What Happens After a Crash?

Any light at the end of this tunnel? 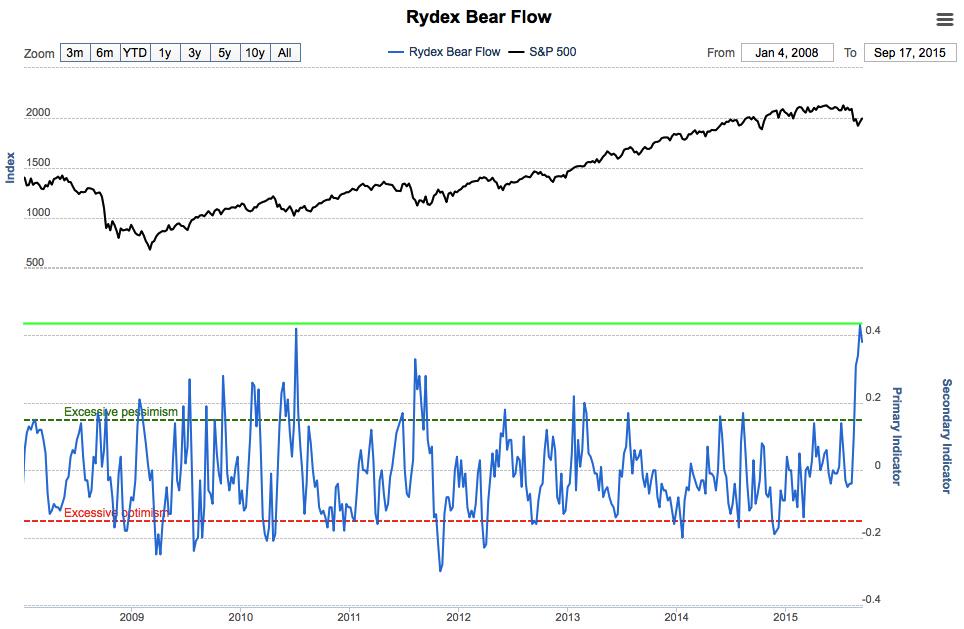 China is the key to EM & to global growth. And China also determines the direction of the Tepper EM Reserves river. We are increasingly leaning towards a high probability of a Chinese QE and a resultant fall in the Chinese currency. This also means China will at least maintain a high balance in Treasuries. That may have been one reason for the unrestrained fall in Treasury yields on Friday. This is not a consensus view at this time but not a lonely one either.

A different view about China’s need to bring back its Dollar reserves:

Everything about China is huge & unprecedented. But especially ginormous is the level of assets in their banking system – $31 trillion according to Kyle Bass and that with GDP of $10 trillion. This is best heard from Kyle Bass in the video below:

The best performing asset class of the week was Gold-Gold Miners. Kudos to Mark Newton for a terrific call: 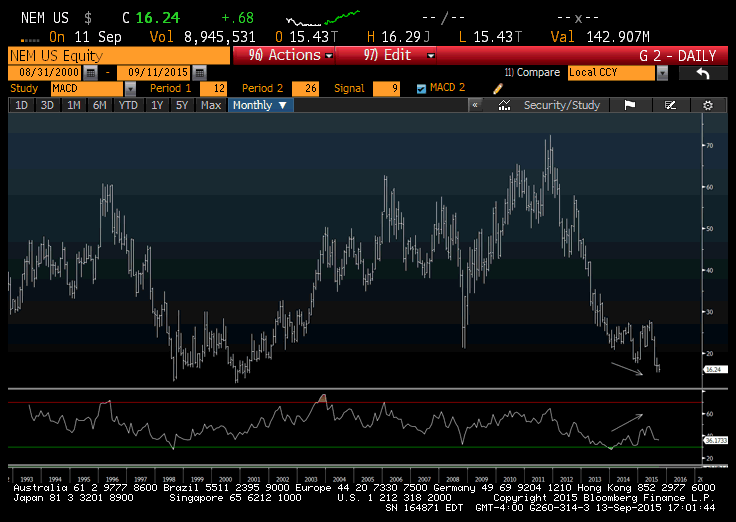 Look what happened to Gold after the FOMC meeting:

The rally in Gold continued on Friday despite a 1% rally in the U.S. Dollar. But several traders remain unconvinced. They need to see Gold break through $1160 first.
9. Oil
Oil remains correlated to stocks with a higher beta. Oil rallied by 5% on Wednesday and fell by 4% on Friday. Does that show demand from global growth is more important than US supply? 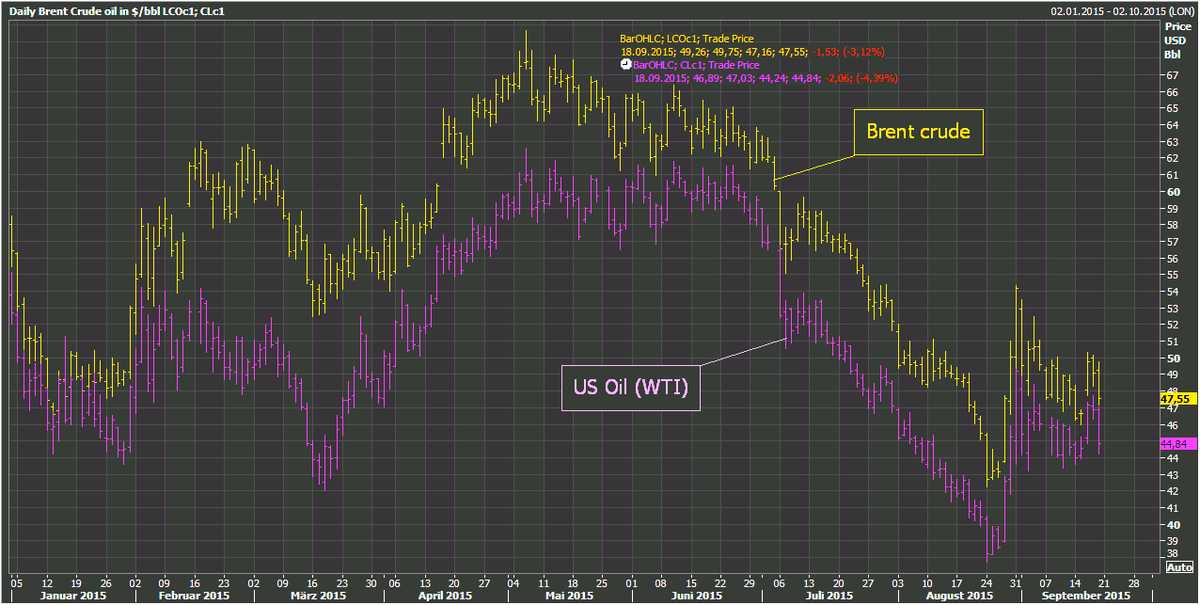 An opinion for the intermediate term: 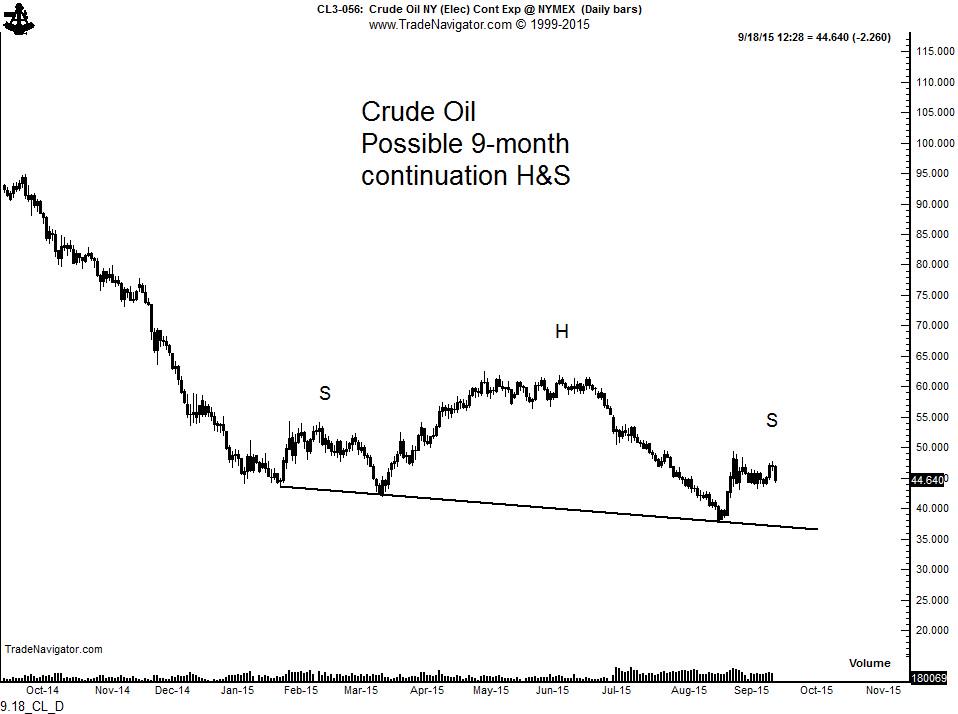