Jeffrey Gundlach gave the example of the Iraq “Mission Accomplished” sign of President George W. Bush to describe the essence of Chair Yellen’s rate hike this Wednesday. He had argued earlier during Half Time CNBC FM that the rate hike was a given but unnecessary. He said  in that noon session – “it is so similar to 2007, it is scary“. In the 5 pm session post-FOMC, Gundlach said that, instead of clearly delivering a “one & done” message, the Fed had reiterated their data-dependent stance and that would add more uncertainty. Gundlach was clearly bearish on the short end of the yield curve in that 5 pm session – “2 year yield is unequivocally going higher; 5-year will be joining it; If the 5-year yield breaks the humongous resistance of 1.81%, it is going to 2.40%“

Gundlach proved prescient about the “uncertainty” Fed had caused. Look what Robert McTeer, ex Fed-head, said on Thursday on CNBC “when I listened to Janet Yellen, she was trying to her best to be dovish“. And now consider what Pimco said on Thursday – “And we do believe it will be a rate hike cycle – the chances of a “one and done” single-hike scenario are about equal to those of a zombie apocalypse …. We see the risks biased toward the fed delivering more rate hikes than the market is pricing in.” Two completely opposite interpretations by two experts in monetary policy.

Actually it seems quite clear but scary, at least to those who remember what happened after the October 31, 2007 FOMC meeting. That afternoon was great for risk assets. But everything reversed the next morning on Thursday, November 1, 2007. The bit more hawkish than expected statement of the Bernanke Fed on October 31, 2007 became the trigger for what followed. Is that to be expected in 2016?Yes, if the U.S. economy goes into a recession.

Jim Rickards was clear in his interview on FBN – “They are raising into weakness; it is as simple as that; we are heading into a recession; you don’t raise rates into a recession“. Instead of making such a flat statement, Sam Zell told BTV “I think that there’s a high probability that we’re looking at a recession in the next 12 months.” Larry Fink was even more circumspect on BTV. He said the “U.S. economy is decelerating … the U.S. will avoid recession unless China slows more rapidly than expected“. Larry McDonald chose to describe a sequence of what he thinks follows:

The steep decline in Treasury yields on Thursday & Friday was something to behold. The curve implications were also interesting. On Thursday, the long end outperformed the belly with the 30-year yield falling by 6.4 bps & the 5-year yield falling by 2.1 bps. But on Friday, the 30-year yield was down by 2.6 bps while the 5-year & 3-year yields fell by 5.2 bps. Not only did the 5-year yield recoil mightily from Gundlach’s 1.81%, it also sped towards Santelli’s lower bound of 1.66% by closing at 1.67%. If this continues next week, then the Treasury market may be sending a “one & done” message back to the Fed.

The indices were basically unchanged by the end of a nutty week. Did anything change?

So what happens next week? 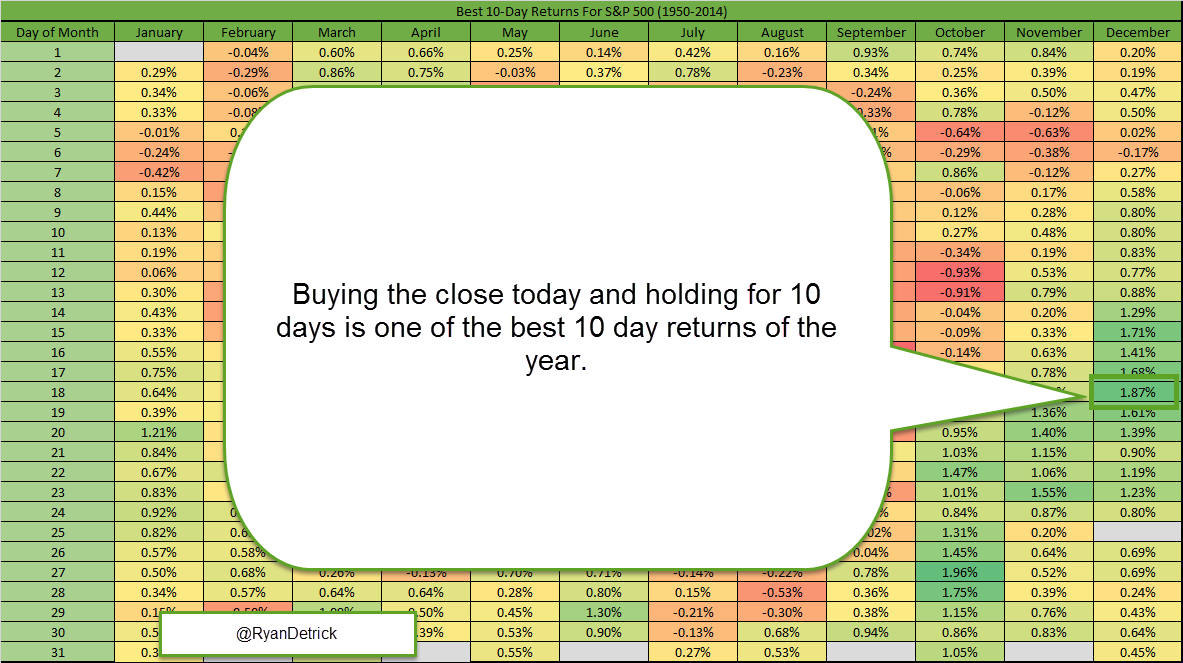 On the other hand:

Some analysts have become bearish on the intermediate term, notably Louise Yamada who said the following on CNBC Futures Now on Tuesday: 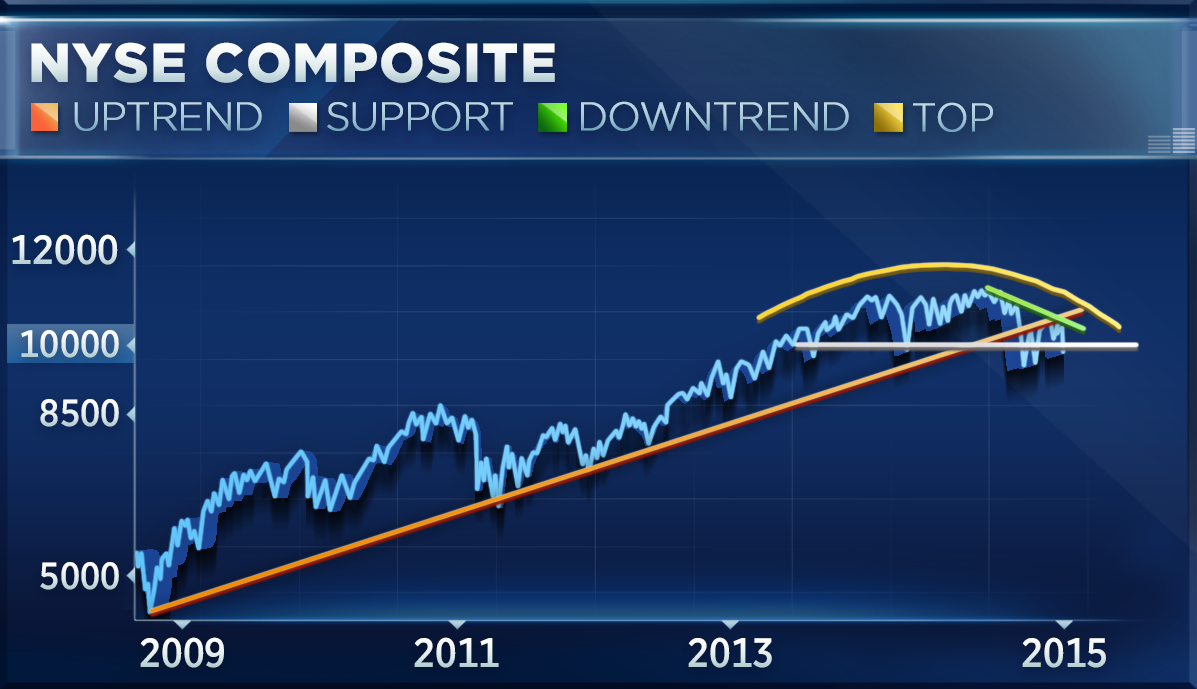 A case for a rounding top:

Also a trend line break that may have to be negated if bulls are to be proven right: The Dow did close at 17128 below the above 17,150 level. But it could bounce right back above it on Monday. If it doesn’t?
4. Dollar
The chart & comment below is from Greg Harmon: Oil was the only asset class to be down hard on both Wednesday and Thursday. But is that merely creating value for 2016? One view argues yes: 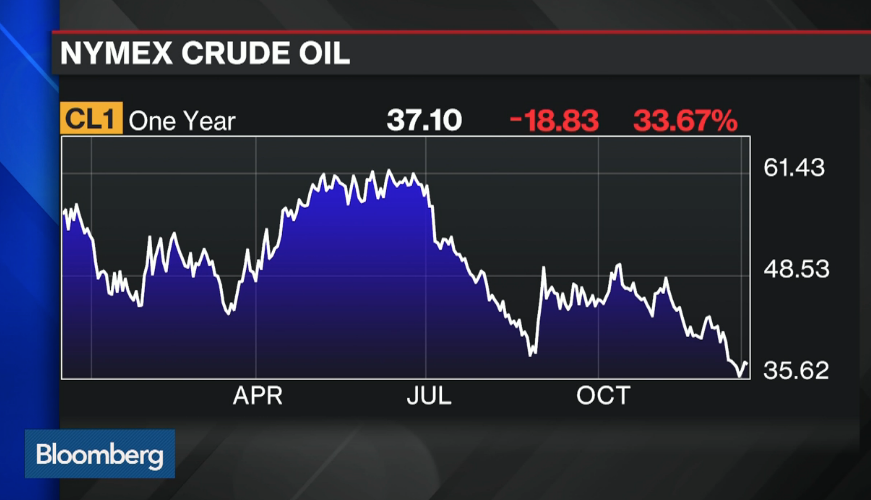 But what fundamental & technical indicator can you consider to analyze oil?

According to the article: