We wish a very Merry Christmas to readers who celebrate Christmas and Happy Holidays to those who don’t.

We should ideally stop right here. But we just can’t. Something inside us can’t stop us from looking at the bigger picture & commenting on it even though it might get us in trouble. We speak of the movement in America that is determined to impose a religion-neutral regime on American society, a regime that wants to minimize mention of Christmas in a overwhelmingly Christian land.

A country remains confident and strong only as long as its founding ethos & culture remains strong. And the founding culture & ethos of America is “White” or “European” Christian. We use the term “European” purely in genealogical terms. The Founding fathers understood clearly what havoc the religious, social & political fabric of Europe had wrought. And they wanted none of it. But we have no doubt that they wanted the religious & cultural ethos of their USA to be what was theirs without any doctrinaire imposition of that on others.

This seems self-evident to us if not to a global movement of self-proclaimed “elite” who want all traces of founding ethos removed from American public life. Perhaps we recognize it because we have seen what damage a similar movement has wrought in our country of birth -India. Today the word Hindu or Indian has become a word of shame at least in public arena. That seems to be where some sections of America are going, at least if the cartoon below is even in the ball park of accuracy: 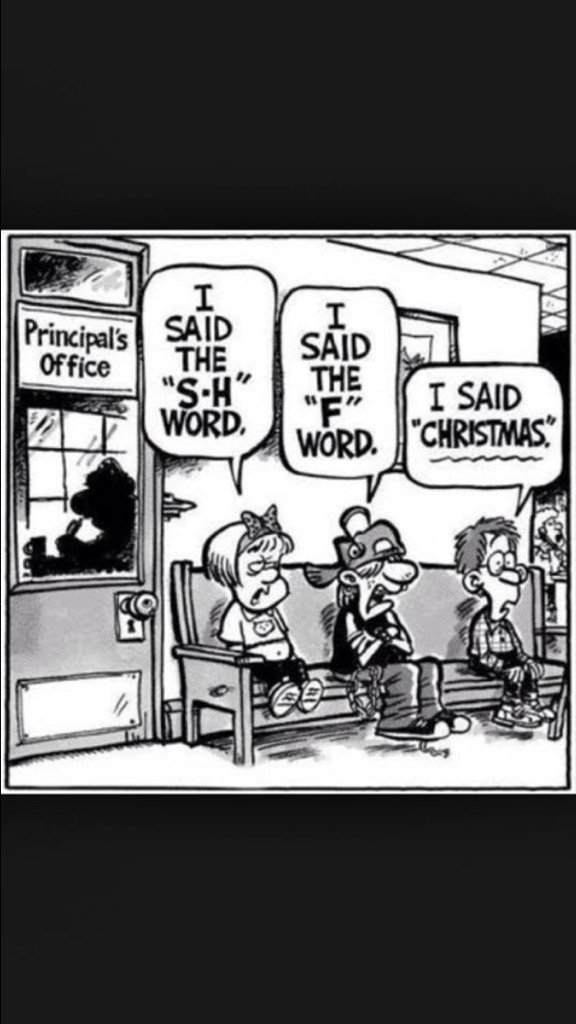