One of the most popular articles of this Blog is the one titled Why Does India Tend to Collapse So Often? Written in June 23, 2012, it spread far & wide to the extent that it was copied & posted (without credit to us, of course) on Pakistan Defense Forum. A high ranking veteran of the Indian Military sent us an email earlier this year saying

So we republished the original article with a few comments on May 30, 2015 under the title Why Does India Tend to Collapse So Often? – Reprint. And this reprint has now climbed to the 3rd popular article in 2015.

The premise of this article was simple: 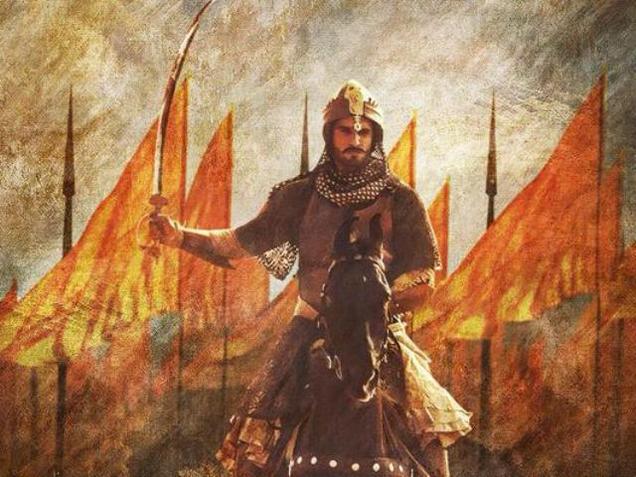 We thought of this premise as we once again watched the opulent stunning film #BajiraoMastani. In this article, we look at the descendants of Peshva Bajirao & his great hand-picked generals, Ranoji Shinde, Malhar Rao Holkar. The duo Shinde-Holkar became famous as right & left hands of Bajirao and went on to dominate North-Central India for the next 2-3 generations. Another general of Bajirao was Pilaji Rao Gaekwad.

What happened to the descendants of these generals is instructive.

Bajirao passed away at the pinnacle of his reign at the young age of 40. What could have happened had he lived another 10 years is discussed in Section 3 of our review of #BajiraoMastani titled Historic Tragedy of Geo-Strategic Proportions. The Marathi Empire & the Peshva Rule went into a decline after the untimely death of Madhav Rao, the brilliant grandson of Bajirao. The British won Pune after winning several battles with the Marathi forces in early 19th century and banished the last Peshva from Pune. The British did not want any one to remember the greatness of the Peshva regime and went to great lengths to destroy major monuments of that rule.

Shanivaar Vada, the gorgeous residence palace built for Bajirao and featured so grandly in #BajiraoMastani, was burnt to the ground on February 27, 1828. Look at the ruins below of that magnificent edifice.

The descendants of #BajiraoMastani live in relative obscurity and without any semblance of wealth. What happened to the wealth of the Peshva dynasty, no one knows.

The able general described in #BajoraoMastani, Malhar Rao Holkar, came from humble origins. He was a simple dhangar (a shepard). His valor & tactical brilliance came to Bajirao’s notice when they were both fighting the occupying armies of Mohi ud-din in Maharashtra. When Bajirao became Peshva, he made Holkar a major commander in his army to the chagrin of the more high-born commanders in the Marathi army. 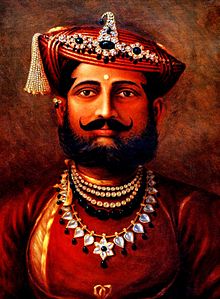 The last Marathi general to fight the British was the extraordinarily capable Yashvant Rao Holkar, a descendant of the great Malhar Rao Holkar. He won battles all over North India and defeated the British armies on several occasions. The British armies were led by commanders like General Wellesley who later defeated Napoleon at Waterloo and General Cornwallis who had been moved to India after his defeat in Yorktown in America’s war of Independence. Holkar’s final battle was his planned attack on Calcutta, the headquarters of the British in 1811. Unfortunately he died during this campaign at the young age of 35 years.

Do you think the British would leave any monuments to the fame & glory of the Holkars? Where are their descendants?

Ranoji Shinda or Shinde came from even humbler background than Malhar Rao Holkar. His father was a kunabi (farmer) who brought his son to Bajirao and told his son never to leave the feet of Bajirao. Bajirao made him a soldier and then seeing the valor & brilliance of Ranoji made him one of chief generals. That is how the Shinde-Holkar duo became known through out North India & is remembered to this day.

The contribution of the children & grandchildren of Ranoji is second to none. It is hard to think of another family that has given so many men in war against Afghans, Timurid Mongols & later against the British. All four sons of his first wife, Mainabai, died in battle against the Afghans, the last three at Panipat in the Largest Battle of the 18th Century.

The most successful & celebrated Shinde was Mahadaji, son of Ranoji’s second wife Chimabai. Mahadaji was badly wounded in the battle of Panipat and walked with a limp the rest of his life. But he rose to become the virtual champion of North India, the greatest threat to the spreading British rule. The story of Mahadaji is well told in a YouTube Serial titled the Great Maratha.

Unfortunately, the glory of Shinde family ends with Mahadaji. Under his adopted son Daulat Rao, the brotherhood between Shinde & Holkar broke down completely and Holkar defeated Daulat Rao Shinde in 1802. One year later, Daulat Rao was defeated in the battle of Assaye by Wellesley who later became world famous by defeating Napoleon in the battle of Waterloo.

After this battle, Daulat Rao essentially gave up and signed a treaty with the British in 1803 and a later treaty in 1817 in which he promised full cooperation with the British. After that, his descendants became loyal vassals of the British and changed their last name to Scindia, the British equivalent of the Marathi Shinda.  What happened to the descendants of Daular Rao Shinde? What does their current residence look like? 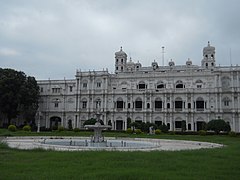 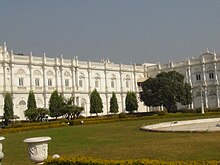 The above is Jai Vilas Mahal in Gwalior, reportedly the seat of the Scindia family. The above palace was built in 1874 for the visit of Edward VII. It has “400 rooms from which exclusively 40 rooms are transformed into Jiwaji Rao Scindia Museum. Two Belgian chandeliers at Durbar Hall weighing 7 tonnes each are believed to be one of the largest in the world“.

George Jivajirao Scindia was the ruler of Gwalior at the time of Indian Independence. Why was he popular? Apparently “due to his interests in the toy trains and cars. He also assembled a toy train made up of silver in his palace dining table in jai vilas palace, Gwalior to serve food, wines and chutneys to the guests“. George Scindia did very well with & for his children.

His daughter, Vasundhara Raje, is the current Chief Minister of the State of Rajasthan and his grandson, Jyotiraditya Scindia, current titular “royal”, is a member of Parliament and was a Union Minister in the previous administration. It is interesting to note that even 67 years after India’s independence from the British, today’s descendant of Daulat Rao still uses the British “Scindia” as his last name instead of the Marathi Shinde/Shinda that lifted his ancestor Ranoji from poverty & obscurity under Bajirao.

This is to not cast any aspersions on Jyotiraditya Scindia or the current generation of Scindias. They were lucky that their ancestors became vassals of the British and they have every right to what they have inherited. All India can ask of them is that they serve today’s India with patriotism & dedication.

But the contrast between the obscurity of Peshva & Holkar descendents & today’s “royal” status & wealth of the descendants of Daulat Rao Shinde, does demonstrate that surrender to foreign invader-occupiers has been a successful & rewarding strategy for Indians. Is that the meaning of the British phrase “Discretion is the better part of Valor“?

But one question continues to nag us – does the Scindia palace in Gwalior have a portrait of Bajirao Peshva, the man who lifted the Shindes from being mere farmers to valor & power?

Another general brought forth by Bajirao Peshva was Pilaji Rao Gaekwad. He won the city of Vadodara from Timurid Mongol occupation after Bajirao became Peshva. The Gaekwads fought at Panipat. But having broken the Afghan front in their section of the Marathi army, they did not turn back & attack the Afghans from the rear as they were supposed to. Instead, they kept riding on & left the battle of Panipat. There is no worthwhile mention of exploits of Gaekwads after that in Maratha history.

But they continued to rule the city of Vadodara (Baroda under British) under British protection until the Independence of India. Where do the descendants of Pilaji Rao Gaekwad, a lieutenant of Bajirao, live? Look at the Laxmi Vilas Palace below. Built in 1890, it reportedly remains the residence of the “Royal” Family of Gaekwads.

How massive is this palace?

This may be why today’s BrIndians (Brit-obedient Indians) continue to cherish & hold dear the British legacy in India, why they absolutely insist on using the British imposed names of Bombay & Bangalore instead of the correct and official names Mumbai & Bengaluru? Because Indian history tells them that remaining boot-lickers of the British is much smarter & much more rewarding than being patriotic Indians.