Last week, Chair Yellen & the FOMC sounded all dovish, so dovish that you had to wonder whether a deal had been struck between Fed, ECB and China so that China would stabilize the Yuan and Fed would not raise rates. The Dollar fell by over 1.4% and risk assets rallied hard.

Guess that was so last week. Because, almost simultaneously on Wednesday & Thursday, Fed heads began speaking aloud about a rate hike in April and China devalued the Yuan by most since early January. The Dollar jumped up by 1.3% this week. In confirmation of the Dollar win, Gold had the worst week of 2016. Gold Miner ETFs, GDX & GDXJ, fell by 6% and Gold fell by 3%. Oil & Oil stocks fell by 3-4%. And the 30-5 year spread flattened by 6 bps this week.

Are the Fed heads being real or are they simply speaking to restore at least some of the credibility they lost last week? Is it the latter because the Atlanta Fed downgraded its forecast for Q1 real GDP growth to 1.4% from 1.9%.

But when has the Fed really based their decision on GDP? The only data they seem to look at are jobs numbers and the big one comes next Friday. Actually, the only crucial factor for the Fed is the health of the stock market. And if that looks weak into the Fed meeting in April and if the U.S. Dollar remains strong, then the Yellen Fed is likely to punt again.

But will the Dollar remain strong? 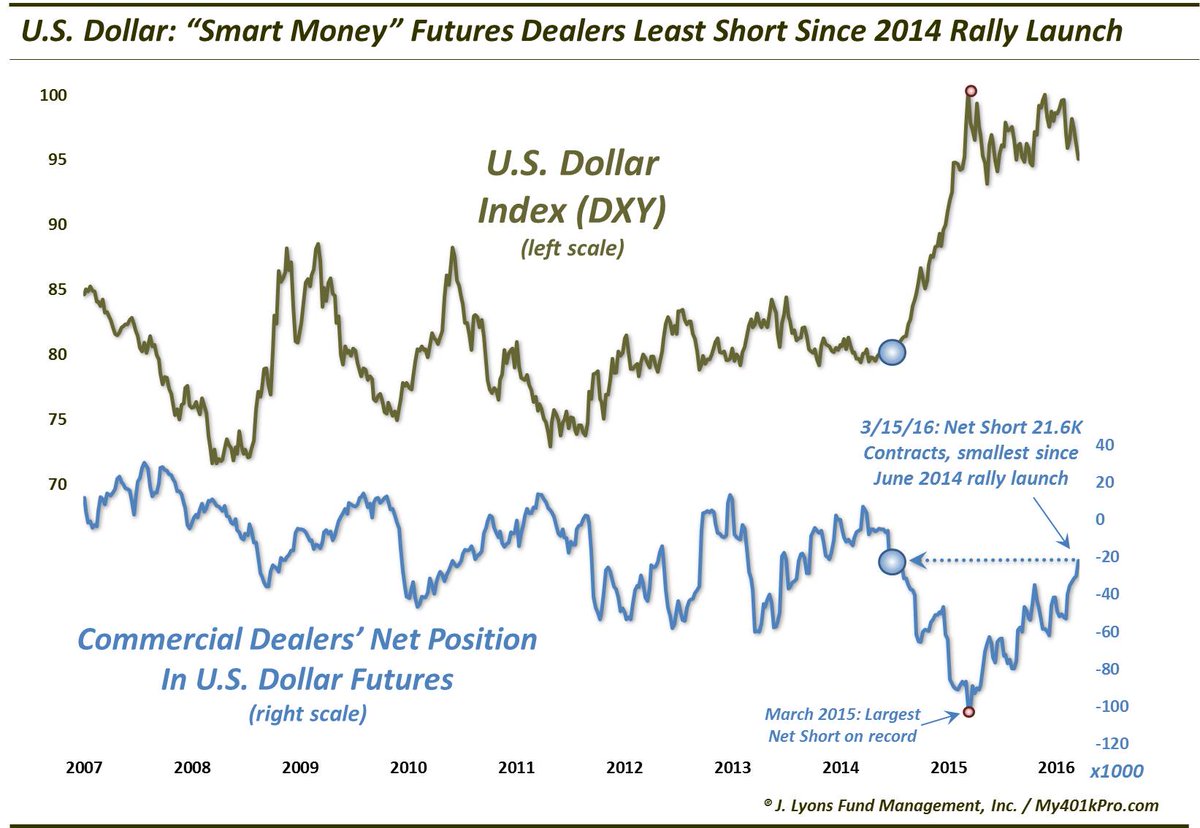 A number of people we follow suggested tightening up last week when the S&P closed at 2050. They proved right this week. But was this week a consolidation of the up move or a recoil from a local top? Thursday was positive in that the S&P bounced from 2022 and closed above 2035. And next week is month-end & quarter-end, normally a period for markups.

Others like the gang at CNBC Futures Now are less sanguine looking for 2,000 to end the month. Some like Northmantrader.com point to weekly charts to express caution:

We know the level of sentiment is important. But is the speed of the turn in sentiment important as well? Yes, argues Tom McClellan in his Too Fast of a Sentiment Swing article:

An interesting discussion came this week from James Paulsen of Wells Capital Management. He used the term “bunny market” to distinguish current state from a bull or bear market.

Bunny markets are the consolidation periods between dotted horizontal lines in the graph above and the gray bars are recessionary periods.

So why is current market a “bunny” market:

Gold & Gold Miners had an asymptotic rally a couple of weeks ago and traded in a range after that rally. This week, the action changed and Gold suffered its worst decline for the year. So what’s next? 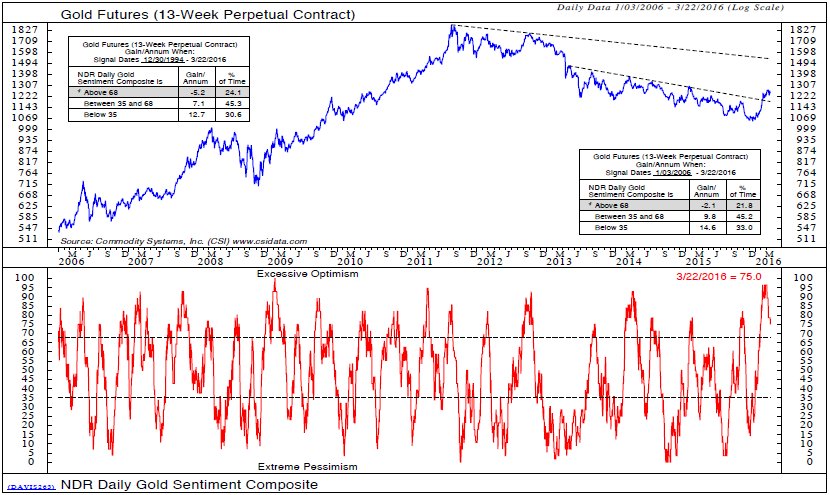 Zev Spiro,CEO & Chief Market Technician of Orips Research, agreed on CNBC that while “indicators are generally positive on the daily, weekly and monthly charts“, current readings are slightly overbought on the weekly chart. … Therefore, a continued consolidation may occur before [we see] higher prices“.

And how high could prices go? Spiro said “a break above key resistance earlier this month could send bullion catapulting as high as $1,450“.

The Rig count fell by 15 to 372 this week but inventories jumped: 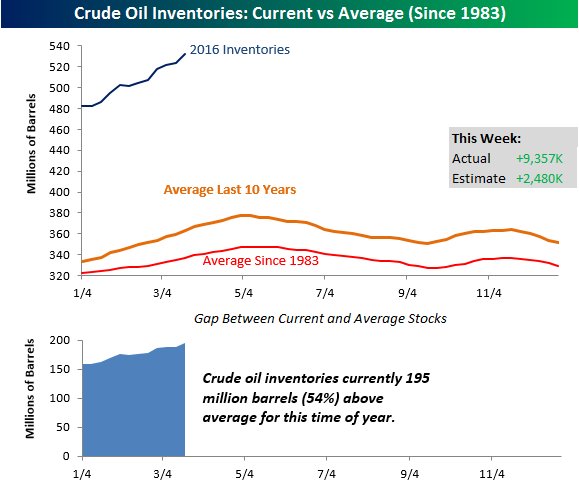 Last year, Ari Wald of Oppenheimer described the Oil & Energy boom as being similar to the Financial bubble of 2008. This week we saw this: