Recall what we wrote on Friday, December 4, 2015 & our caption for Draghi’s speech on that day:

“the capo de tutti capi of central bankers. Mario Draghi spoke with a deliberate & total assertion of power at the Economic Club in New York”: 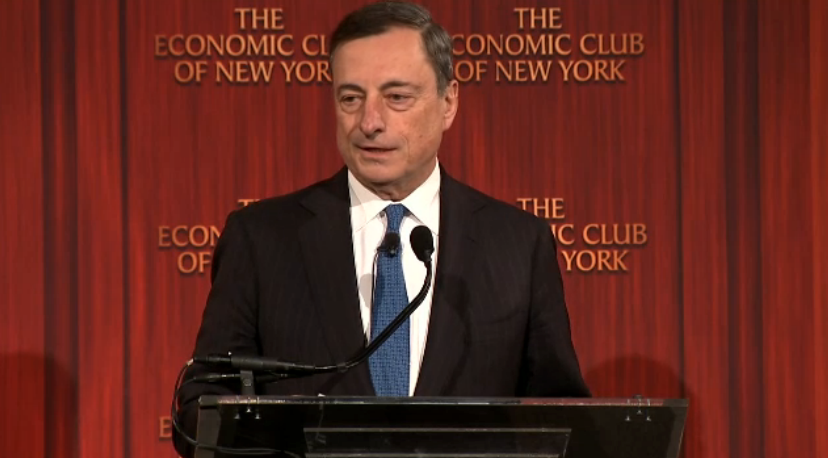 A number of people keep expecting Draghi to under-deliver on the built up expectations. Guess they still don’t get him. Since he donned his Super Mario cape in August 2012, Draghi has almost always over-delivered. He surpassed his own track record this Thursday. 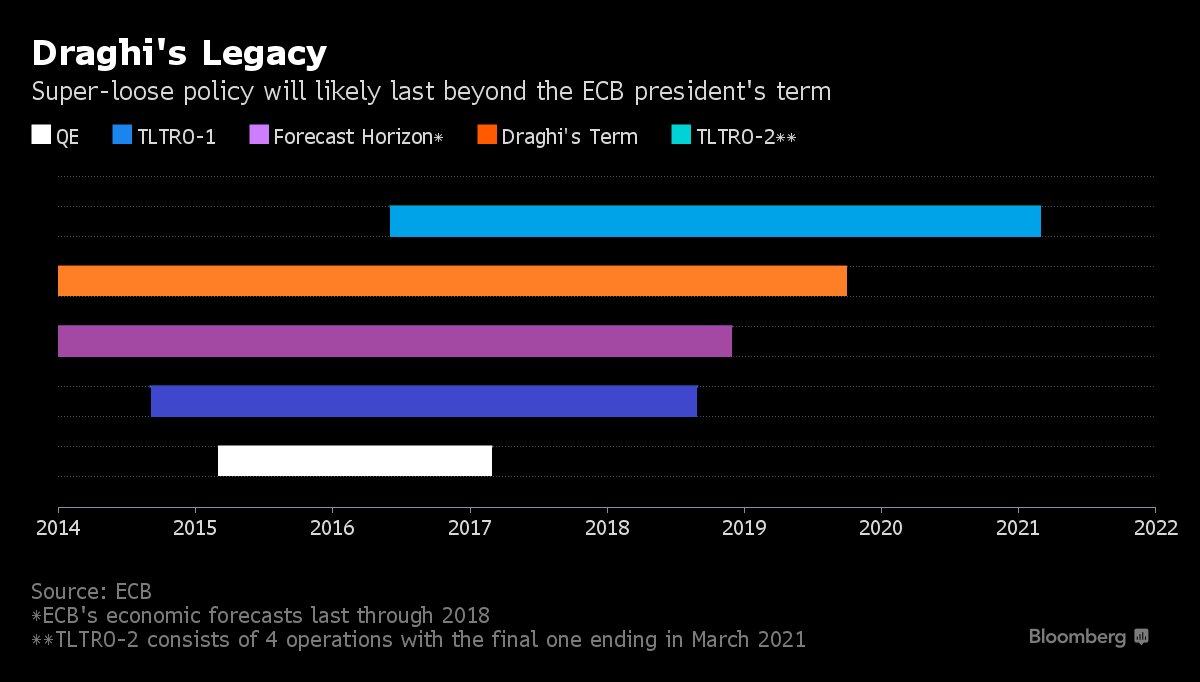 Draghi locked his stimulus into the next decade, well beyond his term. So if it blows up, it will be his successor’s job to clean up. What did he announce?

Draghi virtually removed the risk that markets were frightened of a few weeks ago, the risk of Deutsche Bank & other European financials getting into balance sheet trouble. Just see the action in Deutsche Bank & European Insurance companies – up 6%-7% on Friday. And removal of that risk was directly responsible for a large portion of the 32 handle S&P rally. The other big factor was of course due to the new conviction that oil has bottomed for sure. And there was that little matter of the S&P bouncing off of 1970 on Thursday afternoon to close nearly flat.

And the action in European indices?

The U.S. stock market broke decisively above the 2,000 big number resistance & touched the big resistance of the 200-day moving average.

And we all know what a strong move in the S&P does to Fed hike expectations?

His segment-mate technical analyst Craig Johnson of Piper Jaffray was bearish on TLT saying “I am not buying bonds ; there is double top in TLT … the bull market in bonds is over“. But technical analysis seems to be in the eyes of the beholder. Carter Worth, resident technician at CNBC Options Action,argued that Friday’s closing level of 1.98% on the 10-year represents little more than a 50% retrace of the fall in yield from 2.33% to 1.52% in February. This plus the message from his charts prompted Carter Worth to recommend buying TLT.

Last week, we wrote about the overbought nature of the indices. And the S&P chopped around during the first four days of this week before exploding up on Friday. That brings the question of whether the overbought condition is a good or a bad one. A parallel question is whether a very high reading of the McClellan Oscillator is a positive sign or a negative one. According to Tom McClellan, this is another eyes of the beholder issue.

A number of technicians had pointed to the 1950-2000 range as a level where they would feel comfortable shorting the S&P. That hasn’t worked. So what is the next level that might act as a ceiling? Louise Yamada had pointed to 2050 last week. Jeffrey Gundlach said in his webcast on Tuesday that he saw a 2% upside & a 20% downside in the S&P. From Tuesday’s close of 1979, a 2% upside is 2019, a tad below Friday’s close of 2022.

From Northmantrader.com – Next week: OPEX, BOJ, FOMC. Nothing else matters. Front run time: 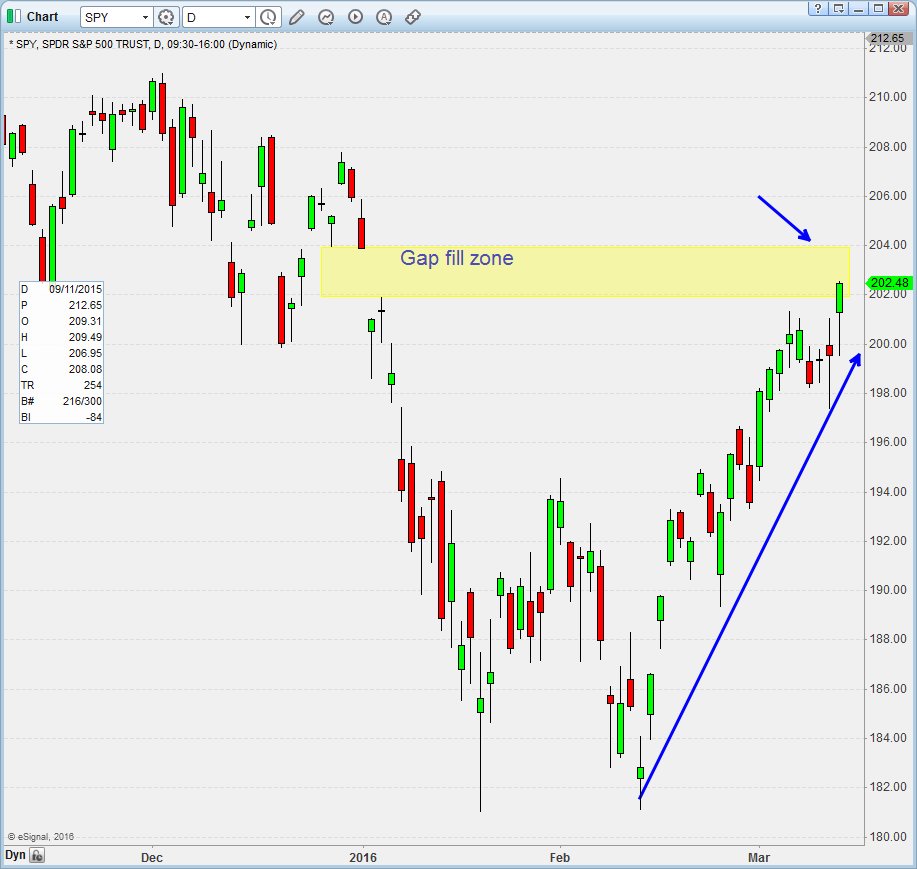 We must point out that, apart from the perma bulls, very few think this rally could go to new highs. Even bullish gurus offer a caveat or warning: 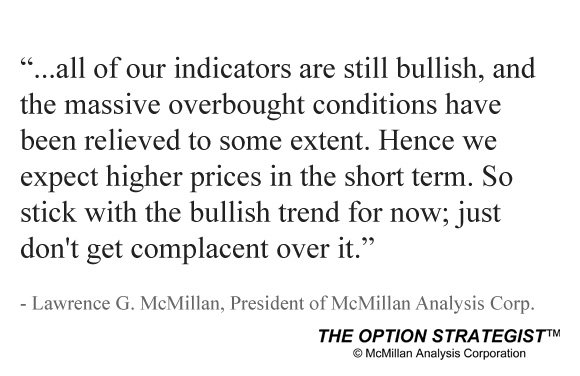 But what if the Crude Oil rally keeps going, what if the rally in Crude keeps rallying High Yield bonds & what if the Fed gives an unexpected dovish signal this week & the data keeps coming in OK? Could we see a bigger than anticipated rally into April & May? Of course, we don’t have a clue ourselves. But we do see a near total consensus that this is a rally in a bear market and that it will fail.

USO was up 5% this week after a 10% rally past week. It has rallied 48% in the last 20 trading days according to Bespoke. Does this continue into mid-40s from Friday’s close of $38.5? First the bearish views:

How bullish have they become? 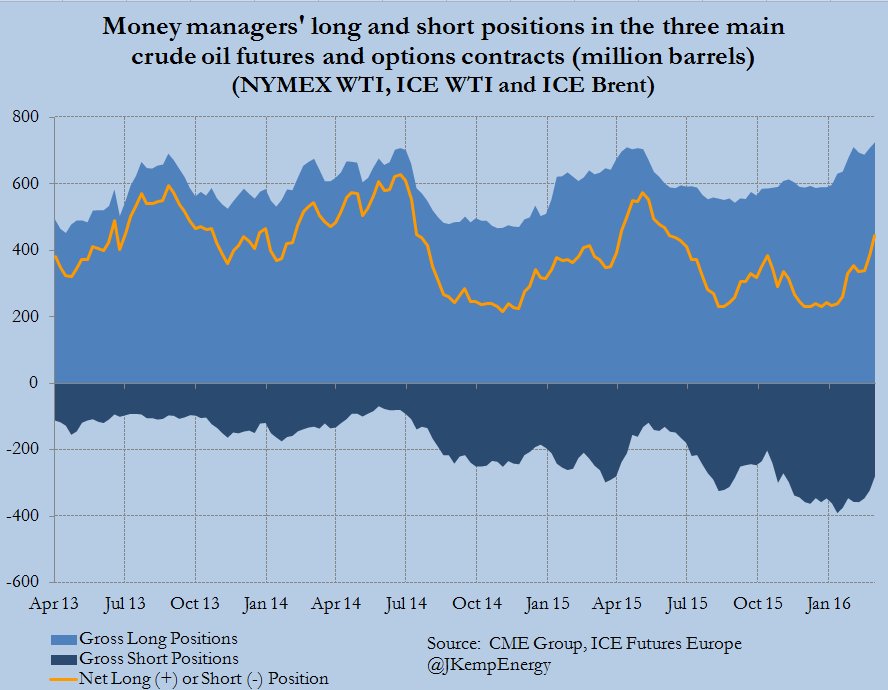 But is that a reason to stay long until oil tells you get out? The view was posted by Thomas Bruni (@BruniCharting) on Monday on allstarcharts.com:

The rally in Emerging Markets has been spectacular. How real it is depends on both the rally in S&P and in Oil. Conversely, if the EM rally is likely to fade, would that imply the same for oil? 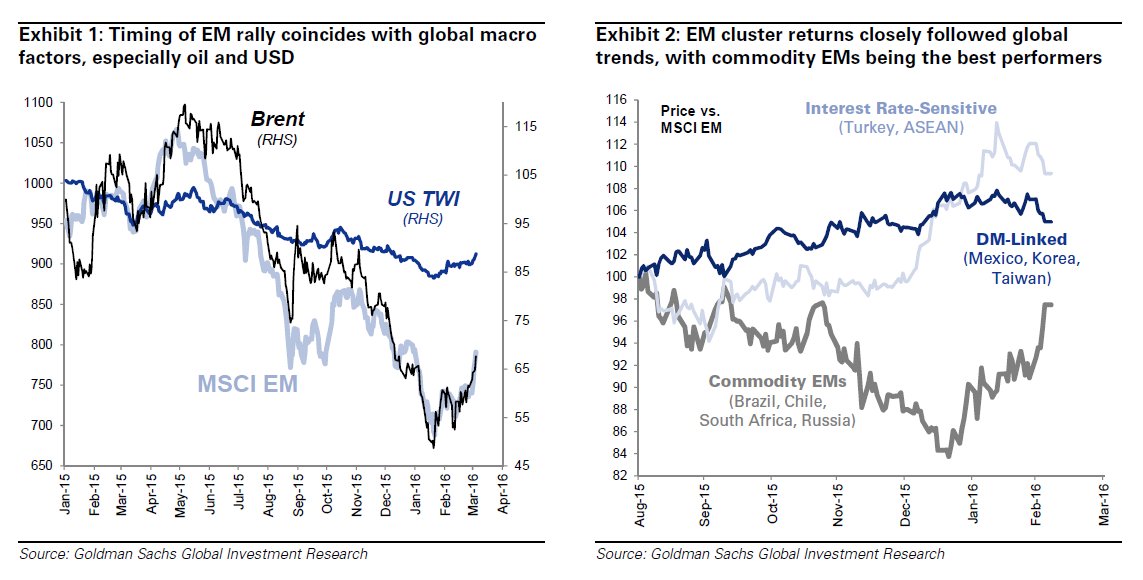