Once again, the real quote of the day belonged to Rick Santelli who described Brexit simply & succinctly as “It took backbone, got to hand it to the Brits“.  Everyone in Europe, except perhaps Germany & Germanic bloc, has been going through the same gut wrenching problem. What problem? Let the maestro tell us:

That is why Dr. Greenspan called Brexit “just the tip of the iceberg“. So let’s take a quick peak at the iceberg, shall we? 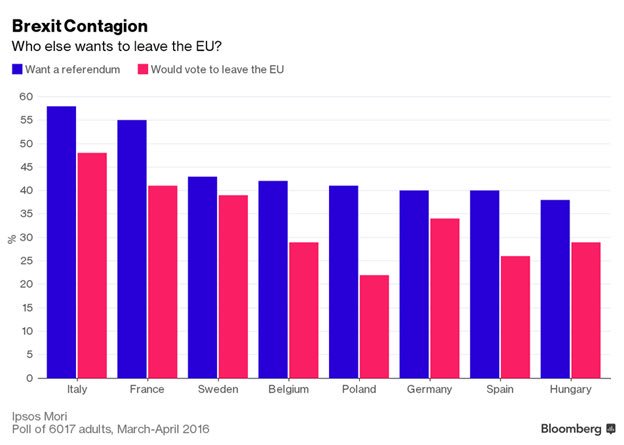 Hmmm; so why were the Brits only ones to leave? To use the Santelli expression, they are the only ones in Europe with a backbone.

2. What does Friday’s decline say? What parallels does it suggest?

If Financial TV had not made a huge deal of it, would it have felt as bad? Wasn’t Friday just a little more than a reversal of the rally of the previous four days. There was real concern last weekend. But steadily improving polls prompted most to close their hedges by Thursday’s close. That is probably why the decline was so swift & steep. To quote Santelli again, “it was a giant margin call for macro hedge fund managers in the world“. In other words, errant positioning was being painfully corrected.

We do not mean to minimize what Brexit has created – a shifting of the tectonic plates under the politico-economic consensus of the last two decades. It is a big deal indeed. But all that may take months or years to sort out. What we are more concerned here is what happens next week or next quarter or in the next two quarters.

We heard loose talk about Lehman moment or Long Term Capital moment thrown around on Friday morning. Really? Lehman was not a moment; it was a deliberate decision by Paulson-Bernanke. A mere $20-30 billion would have punted the problem past the 2008 election and into the lap of President Obama. And Long Term Capital really did pose a threat to balance sheets of all bulge bracket investment banks.

Nothing like that is threatened by Brexit. It is not like a Frexit or Italexit that would need structural migration from Euro to a new French Franc or new Italian Lira. And nothing happens next week anyway. Even choosing a leader to replace David Cameron would take a few weeks followed probably by an election. Then the negotiations can be begin to implement the Brexit. The speech by Boris Johnson showed he was in no hurry to do anything quick or drastic.

So if we have to think of a parallel to Friday’s action, our choice would be Tuesday, February 27, 2007. It was a pretty ugly day both in China and in America. Chinese stocks had suffered a meltdown of 9% overnight. That created a swift & steep fall in US market. The Dow closed down 416 points and VIX shot up by over 60% on that day. Remember China was far more important to the global growth story at that time and a 9% collapse in Shanghai created a massive scare. But it turned out to be a one day decline.

Will Friday’s Brexit fall turn out to be a quick event? May be if Sunday’s Spanish election quells some of the exit fear. And if next Friday’s payroll number comes in better than expectations. It doesn’t need to be robust. A lukewarm number that reduces the fears of Recessionistas would suffice, we think:

We are all aware of what a Monday after a steep Friday decline with a bad close can bring. And it might be healthier to get another decline on Monday for a reversal on turnaround Tuesday. It may all depend whether the errant long positioning has been flattened.

One good factor may have come out of Brexit: 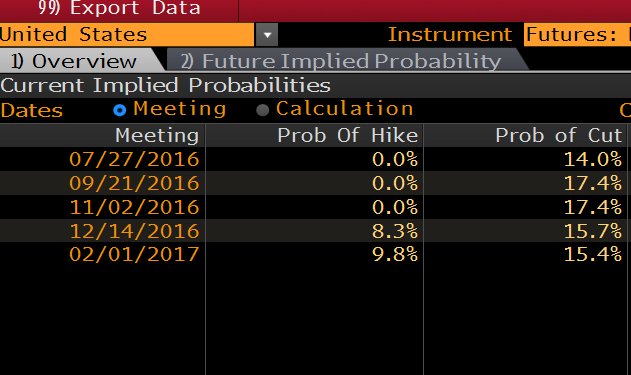 Whether economists like Carl Weinberg are “alarmists”, as Steve Liesman called him on Friday, or not depends on the real determinant as we discussed last week. All R-word discussions or references to 2007 are meaningless without some turn in the credit cycle, the real determinant. Well: 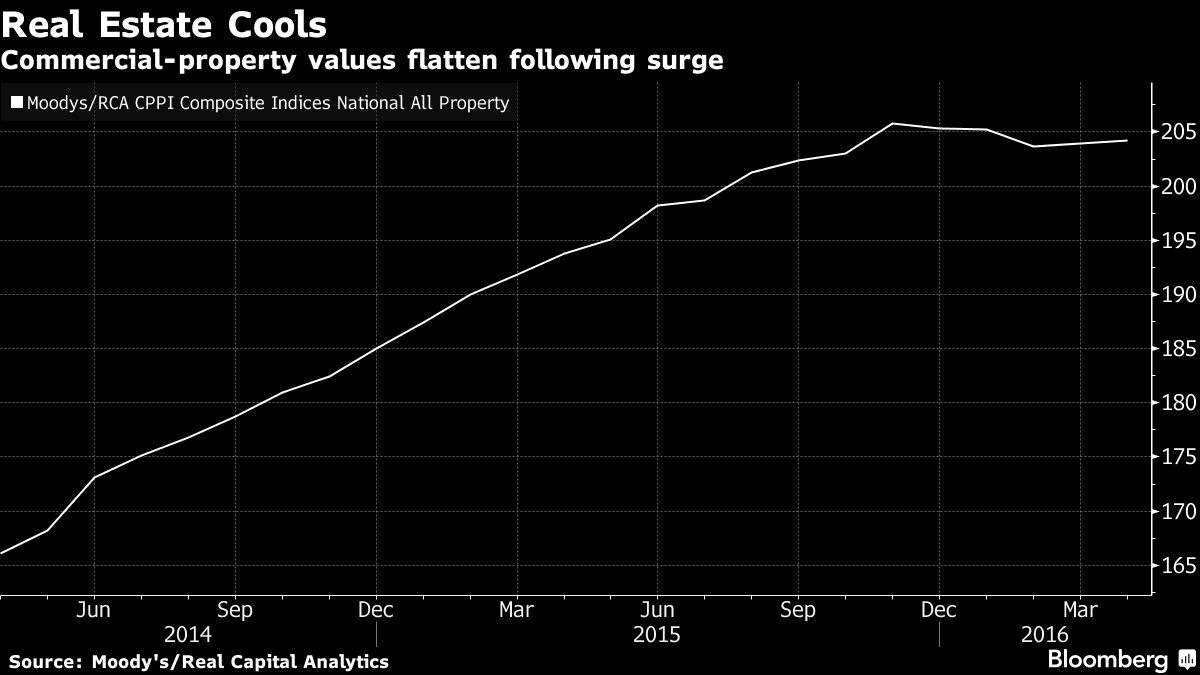 But isn’t China the epicenter of the credit bubble now?

What is the appropriate label for the tweet below? 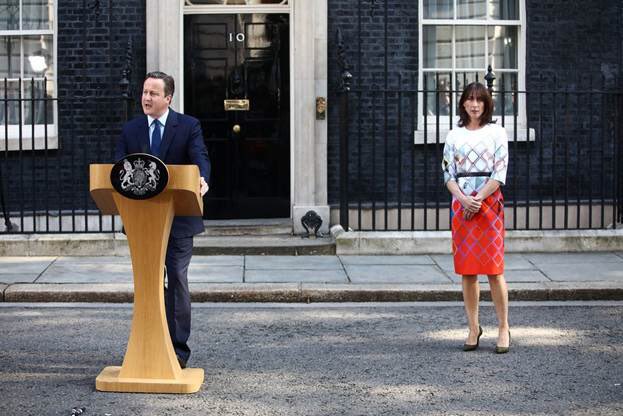