Brits telling Europe we are outa here is the most destabilizing event ahead of us. The Fed doesn’t even come close. The German Finance Minister reassuring people that they are preparing for it is meaningless. No one can realistically judge the impact that Brexit will have – not just on Britain but on the concept of the European Union. If sanctions on Russia created a downdraft in growth in Europe, what would Brexit do European confidence in European economy? We know the answer already: 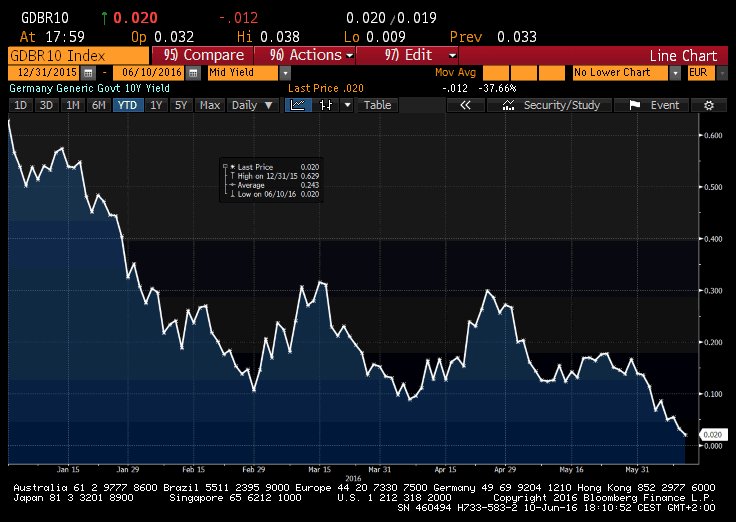 This is both a vote against growth prospects in Europe & deflation in Germany as well as a risk aversion run into the safest place in Europe – German Bunds. What does slowing growth & negative rates resulting from deflationary risk aversion mean for German banks? 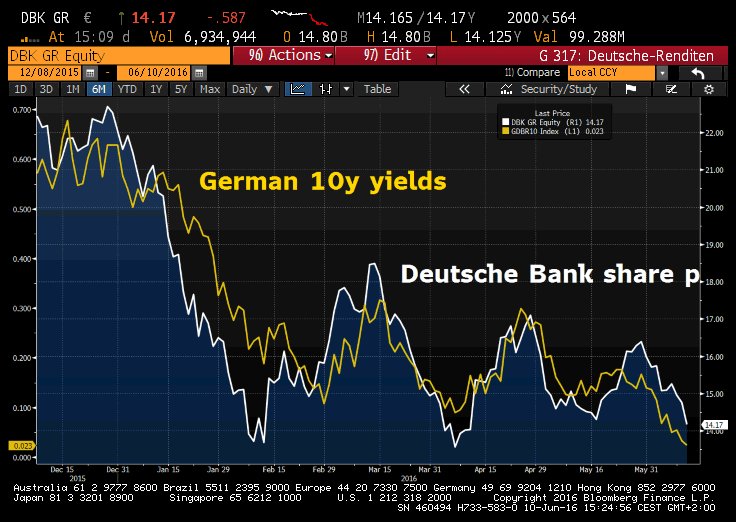 What does weak growth in Europe do to their trading partner?

And all this is taking place in a world with what level of growth? 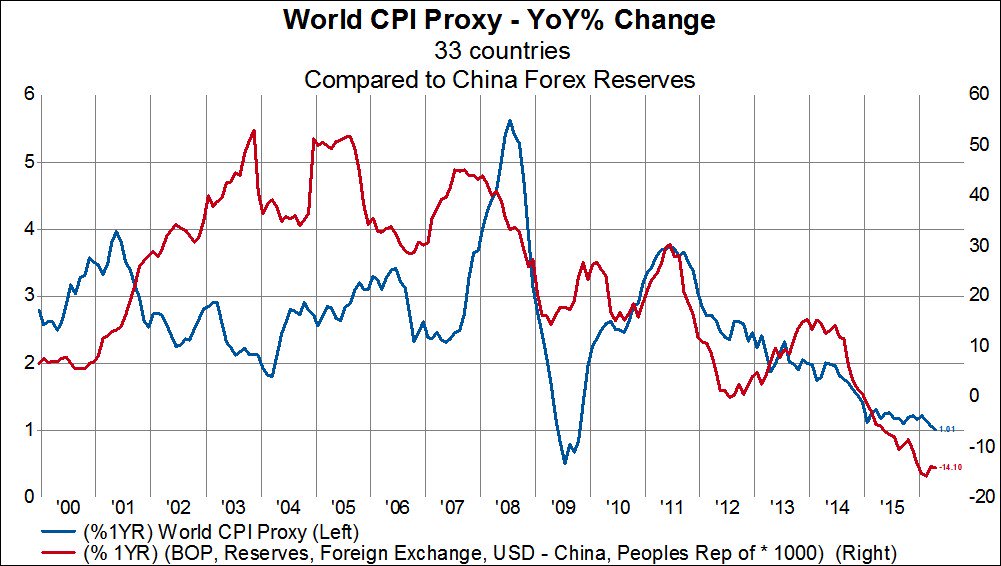 But what about the largest economy in the world? The payrolls number of 38,000 was horrendous. Some have dismissed it as one-off but what if it is just a beginning of a trend? 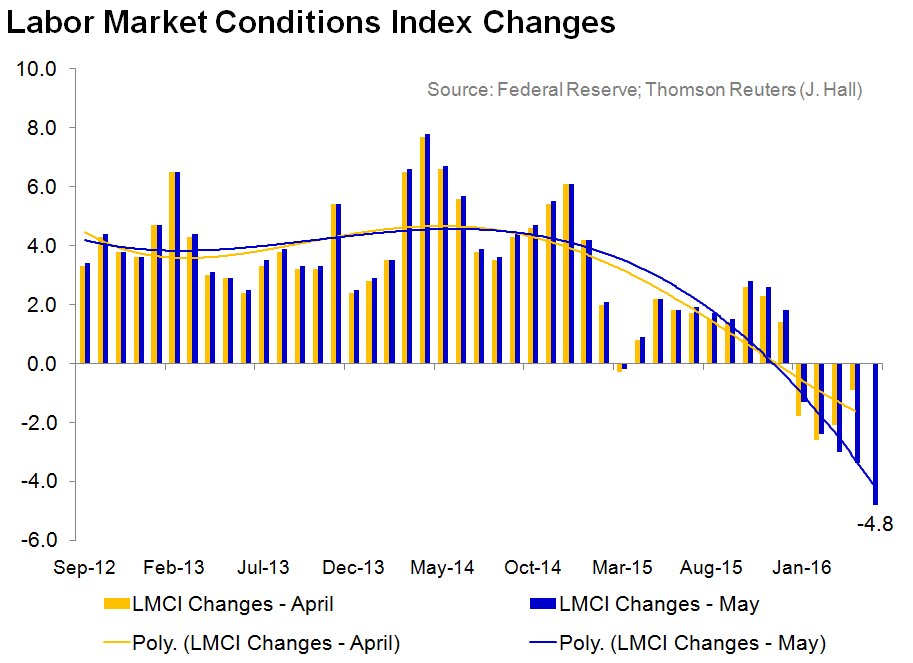 The biggest case for a Fed rate hike, apart from their own intense desire, has been a growth divergence between America & Europe. Then came last Friday’s stunningly bad 38,000 payroll number. That resolved the debate whether bad economic data will strengthen or the strong jobs data will weaken. It also settled, at least to our mind, the de-coupling thesis of America breaking away from the gravitational force of Europe’s, China’s & Japan’s weakness.

No wonder Chair Yellen sort of indicated she might throw in the towel in her speech last Monday. Will she do so after the FOMC meeting on Wednesday June 15 or will she put on a brave front & keep a July hike on the front burner? If she does the latter, she might invite some ridicule, sorry greater ridicule: 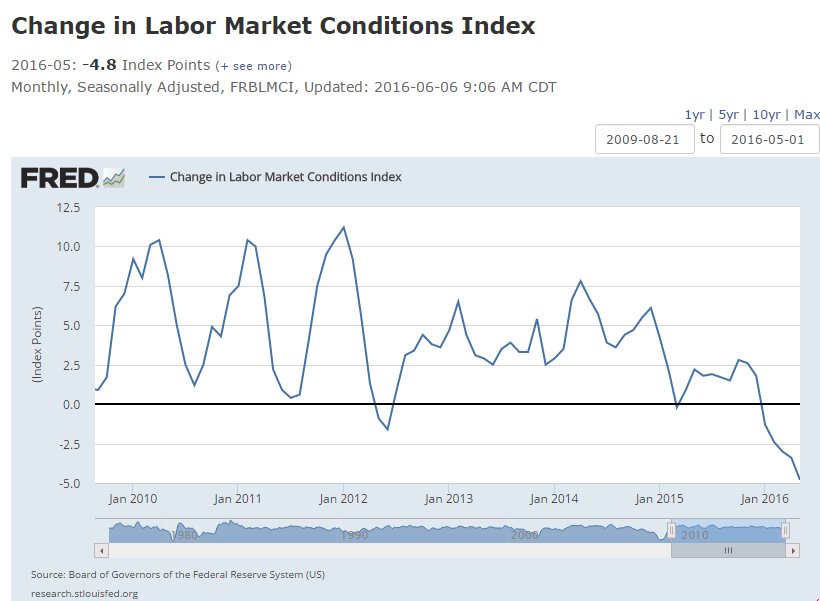 We ourselves have been in the “0 before 50 bps” camp. Steve Liesman would come over to our side if the July NFP comes in weak, as he said on June 3. Of course, his preferred position with the Fed depends on denying he ever said or implied that.

David Rosenberg, on the other hand, did wonder in writing whether the Fed is about to make a policy mistake? He even used the D-word in writing “There are few trends as deflationary as the increase in the
savings rate“.

Albert Edwards of SocGen suggested a recession is imminent and wrote “we remain at the bearish extreme of the market“. 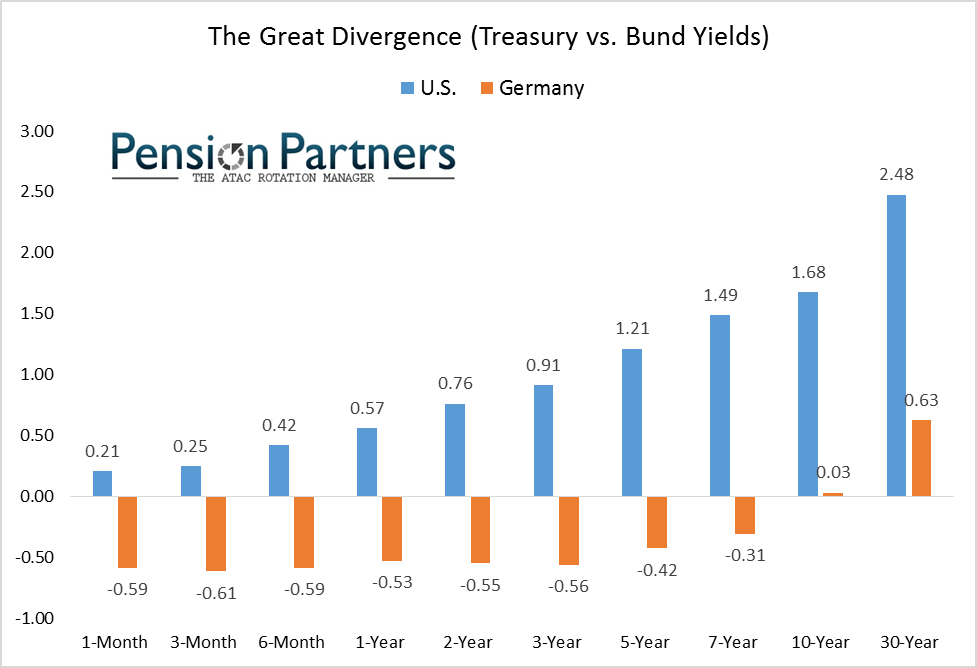 The star performer of the bond markets was the 30-year German Bund, down 16 bps on the week. Of course, the 10-year Bund drew the most attention closing at 2 bps & flirting with going negative. 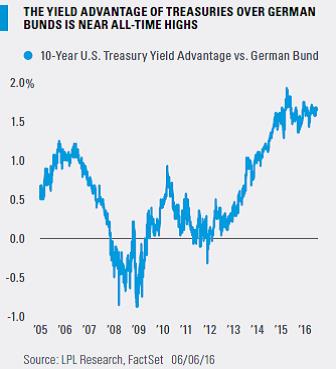 The 10-year is a relative value play. Important of course. But the 30-year Bund seems more important to us. Because the capitulation in the US Treasury market will be most pronounced at the 30-year maturity. Won’t that depend on what Chair Yellen says on Wednesday?

After three pullbacks from the 2100 level, the S&P has to get to new highs. And, as we said a couple of weeks ago, that may happen if both Fed gets very dovish next week and the British vote to remain instead of exiting the week after. If that doesn’t happen,

The S&P and Dow were basically flat on the week. But the NDX fell by 1%.

Another divergence between US & Europe/Japan has been the resilience of the S&P 500. Parets expects this divergence to narrow.

Sentiment seems to argue for a pull back in S&P too: 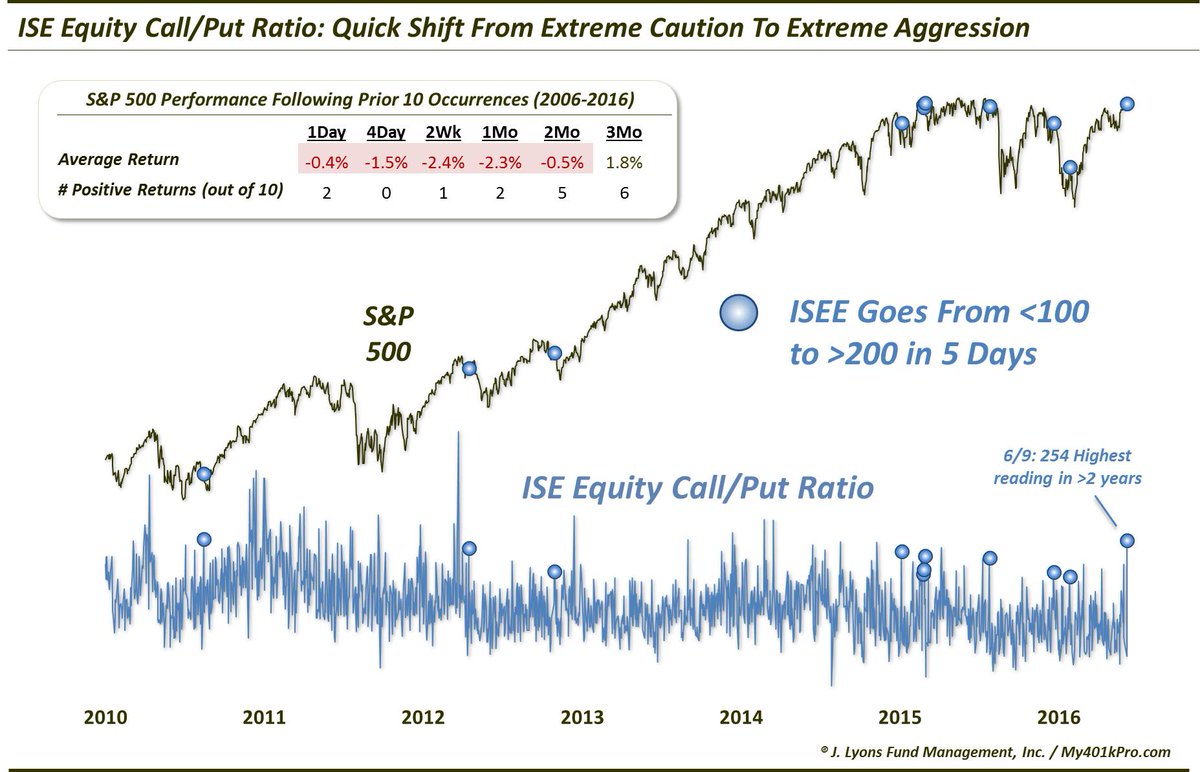 On the other hand & as we have seen before, the Fed can run rough shod over all these charts & technicals.

The real stars among assets classes were Silver & Gold, up 5.6% & 2.5% resp. The miners had a good week too even though they gave up some of Friday morning’s rally in the afternoon. Is that fundamentals or positioning? One fundamental call came from Kenneth Rogoff:

Jim Rickards reiterated his longer term target price of $10,000 for gold this week. Speaking of the past two financial crisis & the next one, he said:

Seriously if central banks need a bailout, what asset might shoot to the moon? Gold right? What about positioning?

Who would celebrate the most of Gold goes to $10,000? You are wrong if you said Stanley Druckenmiller or George Soros.

Yes, gold miners, gold, silver are overbought. And they might correct viciously next week if Yellen surprises next week & if Brexremain is the vote the following week. But isn’t Gold the real beneficiary of $10 trillion of negative yielding bonds?

Harold Ham of Continental Resources told CNBC’s Brian Sullivan on Thursday that he expects Oil to go to $72 by year end. May be he is right and may be not. What we do know is that Oil traded like a yo-yo this week. The only action we understood was Friday’s. 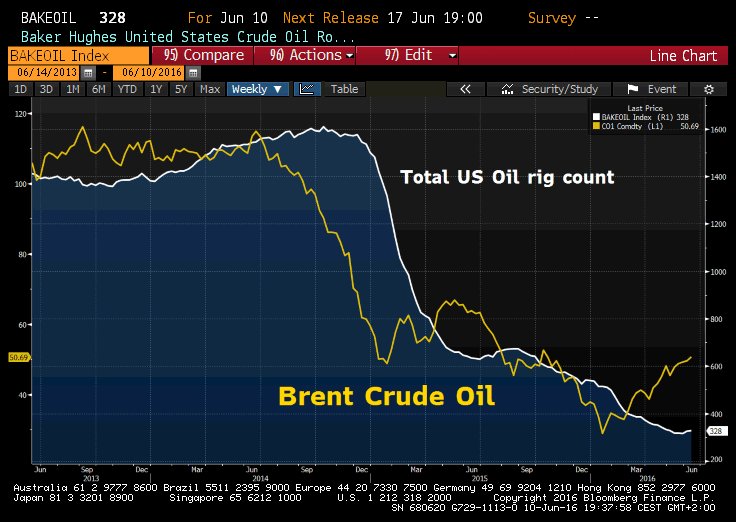 This week was fun. Next week should be even more fun. So rest up this weekend.