The first four days of this week were terrific for the Donald Trump campaign. The reaction among the elite journorati (a la literati or twitterati) bordered on sheer fright. The polls had already put the fear of Trump in them. Then came the coup de grace of the week – a humorous self-deprecating Trump with Jimmy Fallon. Look what one observer wrote about the Trump-Fallon event: 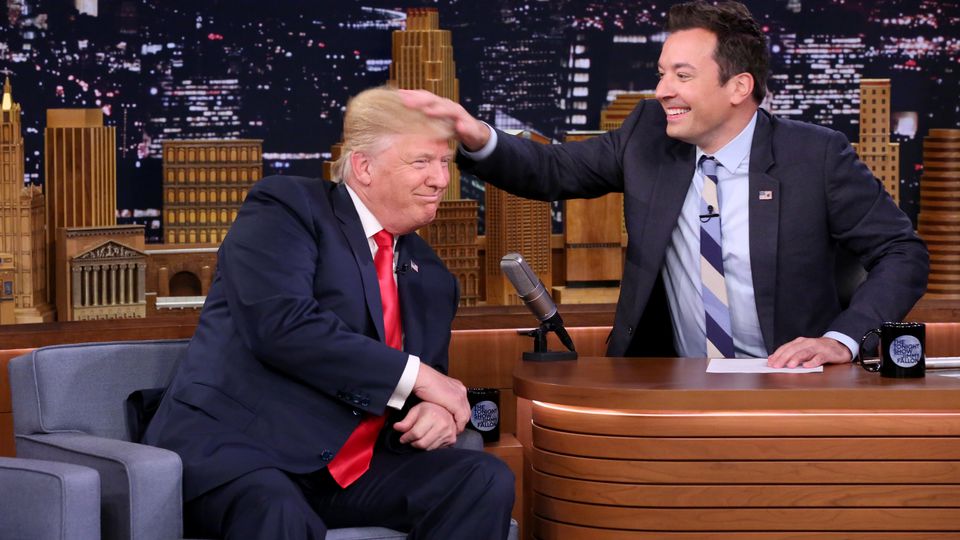 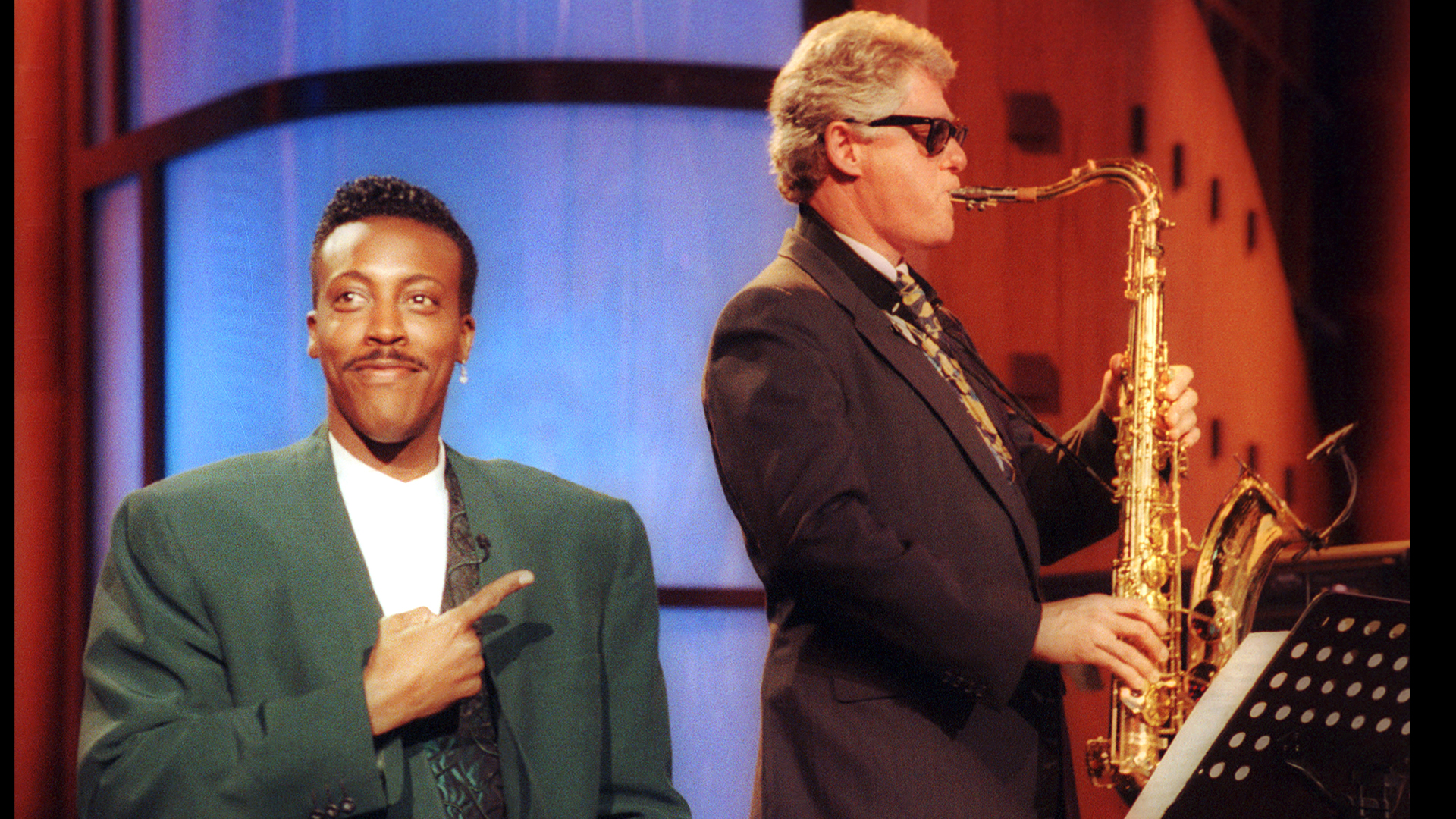 The level of panic is evident in the anti-Fallon diatribe from James Fallows of the Atlantic:

Nothing stirs up hate as sheer fright. Watch the one-minute clip below and see for yourselves why Fallows et al are so consumed with hate.

How much hate? Fallows called Trump’s speech at the Economic Club of New York as “crazy economic plan”, the same speech after which Donald Trump matched his wits & knowledge against John Paulson. And who is John Paulsen? Only the brilliantly smart hedge fund manager who made $3 billion in 2008 by being right about the Credit bubble. Donald Trump answered Paulsen’s questions for 25 minutes from 48:00 minutes to 1:13:03 of the YouTube clip of his speech. In contrast, Fallows is pretty ignorant about anything related to markets & economies.

Maggie Haberman of the New York Times is different than the boorish Fallows. She is cool collected on TV & even gracious at times. But she demonstrated on Friday that she is not as smart as Fallows. Specifically, Haberman cannot seem to see beyond what she views; she seems unable to look deeper, to understand the truth underneath. That became obvious with her tweet on Friday morning about Trump’s news conference at his new Washington DC hotel on Friday morning.

Donald Trump is the one candidate who has understood this from the beginning. Showing off his new great hotel almost adjacent to the White House with a news conference was a perfect campaign event for him. It allowed Donald Trump to show his greatest strength, his ability to build. And America is in desperate need of a major infrastructure buildup.

Doesn’t Haberman realize that a tour of a brand new Trump hotel is, in its most inherent reality, a campaign promo for the Trump campaign? And unlike the millions spent by Hillary on TV ads, this promo cost nothing for the Trump campaign. How brilliant? In contrast, Hillary’s events are drab tired events that show off nothing except her shrillness.

Despite his visceral hate, James Fallows has understood what eludes Maggie Haberman. And Fallows articulated it well:

But even Fallows didn’t go where he should have gone. The genius of Donald Trump was his insight that a political campaign is at its core a brand building & brand enhancement exercise. And there is still no better medium than Television for brand maximization (Twitter could soon rival TV among the young & there too Trump is engaged more than any other politician).  And Television is mainly about entertainment.

Look how Donald Trump used The Oz Show to broadcast “I am as young & fit as I was at 35” message. It was masterful and appealing. It showed Donald Trump as a likable, humorous & self-deprecating guy who is open about his health. It was so smart of Trump to bypass the traditional drab, boring, and antagonistic press and go straight to the people.

Then he made his mistake. Why on earth did Donald Trump give an interview to Robert Costa of the Washington Post? Why did the Trump campaign allow him to do that? Haven’t they learned the lesson of sitting down with Chris Mathews of MSNBC? Don’t they realize that the journorati are his enemies, at least antagonists? They do absolutely nothing good for Donald Trump & they try their hardest to get him.

Chris Mathews has been trying desperately to re-involve Donald Trump into the birther mess. He has taunted Trump surrogates to bring out Donald Trump into a public brawl. He was getting frustrated because he could not get to Donald Trump. Then Donald Trump obliged with his unforced error of sitting down with Robert Costa. And that allowed the media to ignore the positive moments from the Jimmy Fallon Show, from the Oz show and from the Economic speech. And worse, the mess made Donald Trump angry and that showed in some tonal mistakes in his anti-Hillary comments in a rally on Friday.

Two realities have to be understood. The mainstream media are enemies of Donald Trump and secondly direct contact with them is completely unnecessary for Donald Trump. In fact, the best way to treat them is deny them access to Donald Trump. Their only direct access should be to Kelleyanne Conway and Rudy Giuliani.

The third reality is that the mainstream TV networks need Trump content or they lose viewers. So they cannot ignore any Trump event. Look how the networks, including financial networks like CNBC & FBN, covered Trump’s “major news” event on Friday morning. And read how frustrated the journorati became in the Washington Post article Donald Trump’s birther event is the greatest trick he’s ever pulled.

Make no mistake. The writer Chris Cillizza is no Robert Costa. We have not seen any serious reporting or insight from him. That may be why Chris Mathews never invites him & why Cillizza is always relegated to CNN. But even he gets what Donald Trump has mastered – that a Presidential political campaign is about strategically using TV to maximize the candidate’s brand & enlarging the pool of voters who become used to him & start liking him.

And that is what Donald Trump delivered this week with Jimmy Fallon & Dr. Oz.

PS: What about the claim that the birther movement started with the Hillary Clinton campaign in 2008? Look what we found via a Twitter discussion – A 1:30 minute MSNBC clip from September 2015 with Joe Scarborough. Mika Brezinsky of MSNBC & John Heilemann, Bloomberg managing editor: