We wish all readers a very Happy & Prosperous New Year on this Gudi Paadvaa, the first day of the month of Chaitra. It is the day Brahma, the Creator, recreated the world after the massive flood that swept away the previous civilization. Every household hangs a Gudhi in the right side of the main entrance of the house to ward off evil and invite prosperity & good luck into the house. 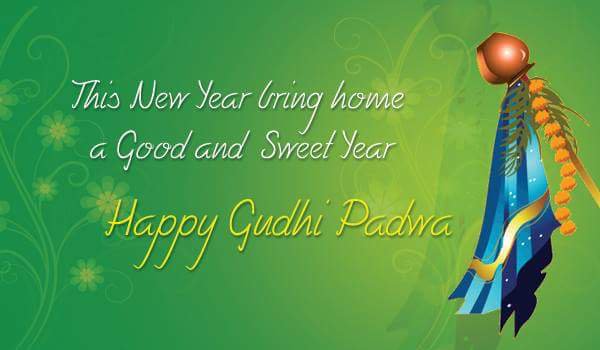 This day has been an important one in Indian history signifying events from the days of Bhagvaan Shree Raam to the epoch-making victory of King Shaali-Vaahan of the Saat-Vaahan dynasty over the Shak (Indo-Scythian) kingdom in 1st century CE. From that day a new Samvatsar or calendar began with the name Shaali-Vaahan Shak. This calendar is still used in many parts of India according to KalNirnay, the renowned maker of Indian calendars.

The Saat-Vaahan dynasty began after the eclipse of the great Mauryan empire and ruled central India for three centuries from about 2nd century BCE to about 2nd century CE. Emperor Gautami-Putra (son of Gautami) was praised as tri-samudra-toya-peeta-vaahan or one who horses drank the water of three seas – Arabian Sea, Indian Ocean & Bay of Bengal – a title that symbolized the reach of his conquests. The capital of the Saat-Vaahan empire was a city named Pratish-Thaan or Paithan located in today’s state of Mahaa-Raashtra.

That is why Gudhi Padva (or the more phonetically correct Paadvaa) is celebrated to a greater extent in Mahaa-Raashtra. Gudhi Padva also signifies the beginning of Spring and similar festivals are celebrated through out India. 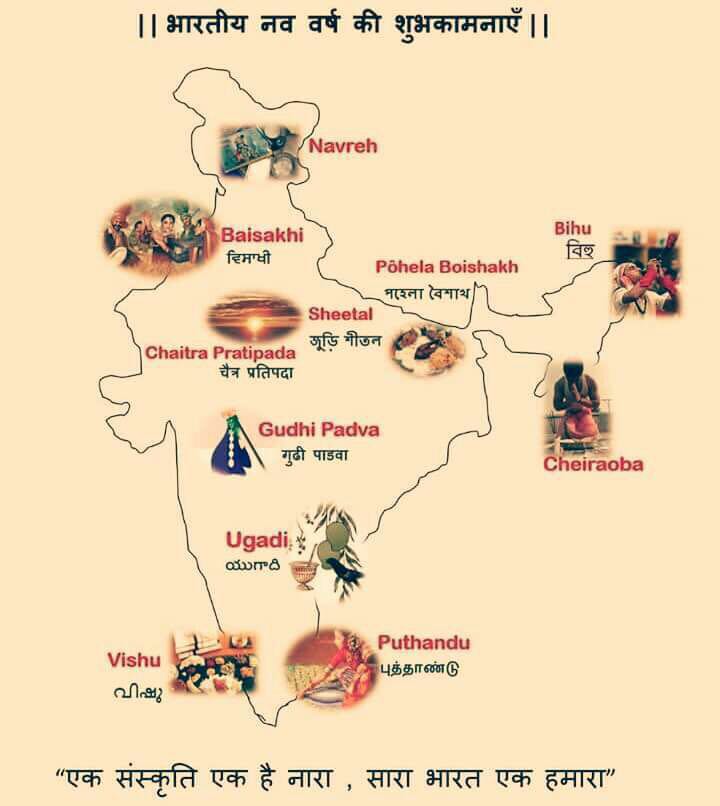 Last year, we showed photos of urban celebrations of Gudi Padva, celebrations of lovely women in Paithani sarees. This year we go to the other end of the social spectrum inspired by the wishes expressed below by a unique poet. 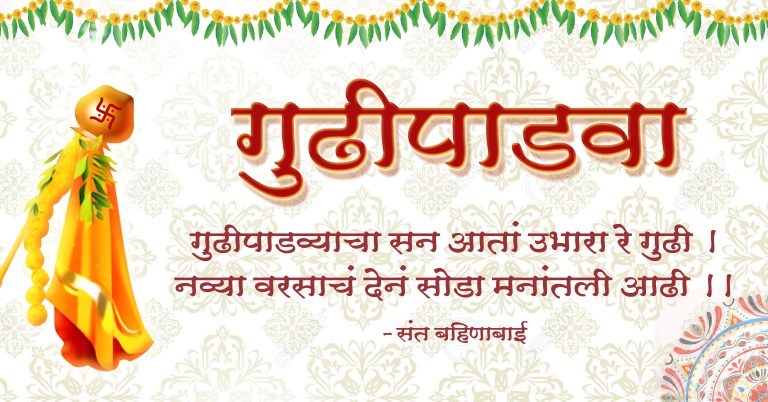 Bahinaa-bai (1880-1951) was a simple homemaker of modest means who spent almost all of her day in chores in her house or the farm where she worked. She could not read or write and never had formal education. But she had a divine gift. She would orally compose poems with spontaneity while doing her daily chores and sing to herself. Her poems reflected her innate wisdom and simple philosophy of life. She expressed her thoughts using similes of rural farm life that surrounded her.

Her son, Sopaandev Chaudhari, became a well-respected poet in his own right. He showed the collection of his mother’s poems to Aacharya Atre, a major literary figure of that time. Atre was captivated by the exquisite simplicity of Bahinabai’s poems and published them. Today Bahinaa-bai is recognized as a eminent poet and her songs are sung all over Mahaa-Raashtra. Below is her signature poem in which Bahinaa-bai explains the meaning of marriage (accompanied with English translation).

We urge you all to watch this short video and decide for yourselves whether you agree with Bahinaa-bai.