1.Another Weekend of concern

Everybody held their breath last weekend about North Korea. That fear evaporated last Monday morning with a predictable but strong rally on Monday. Those fears have come back some because of what North Korea might do on Tuesday, April 25. President Trump is playing it semi-cool while keeping the pressure on China to rein in Kim Jong Un.

That fear is overshadowed by a real fear about Sunday’s election in France, an election that could cause serious turmoil in the markets not to mention the EU. What if this Sunday leads to a runoff between the right wing La Pen & a fervent communist?

If the above were not enough, the economic data in the US is not signaling robust second half growth. Larry Fink warned on Wednesday that “the warning signs are getting darker“. Technicians have also begun warning:

What about an economics surprise index? 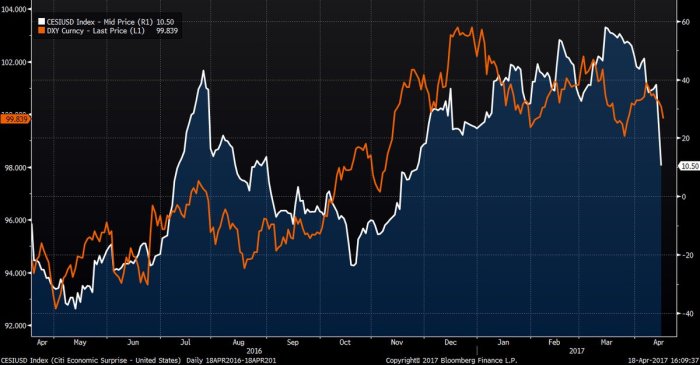 What had he discussed in late March? 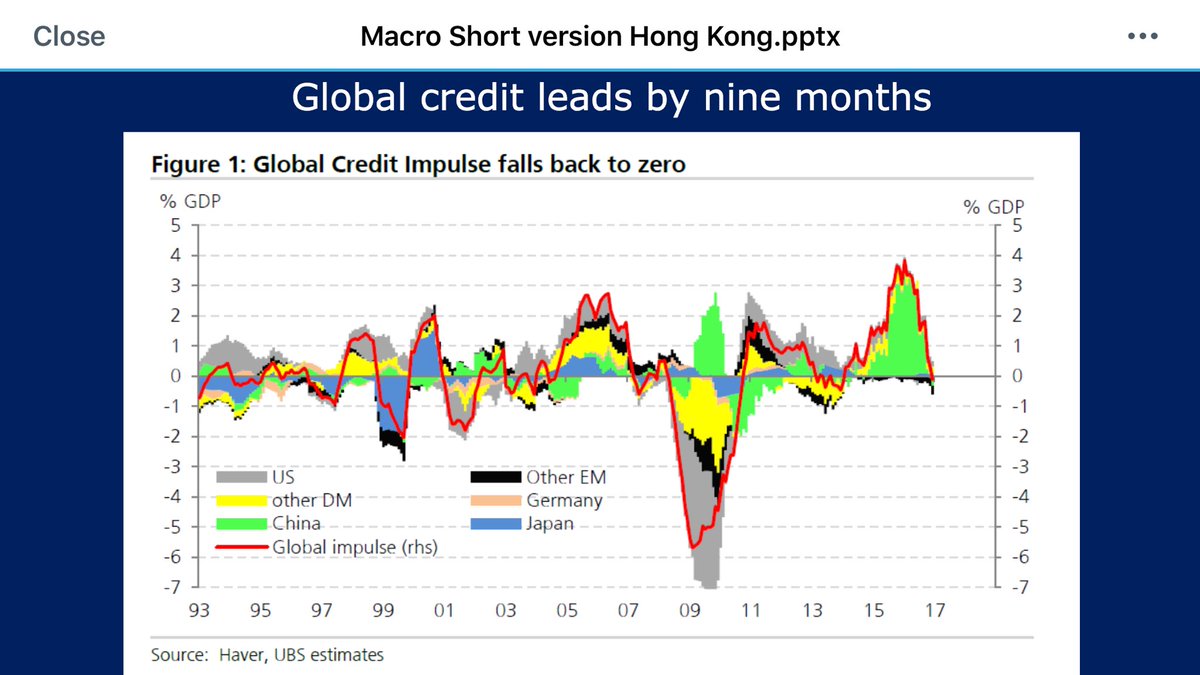 Such a credit contraction can’t be positive for reflation, can it? 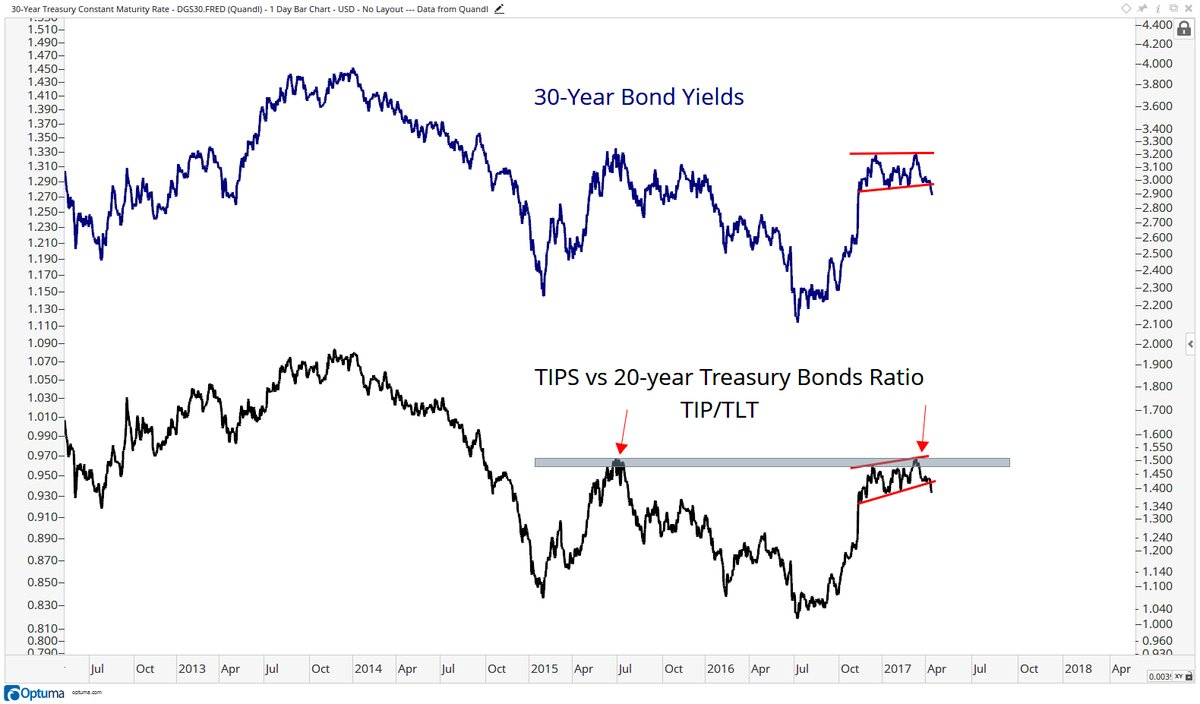 Given all of the above, stocks should be poised to collapse, right? Not so fast, as Coach Corso would say: 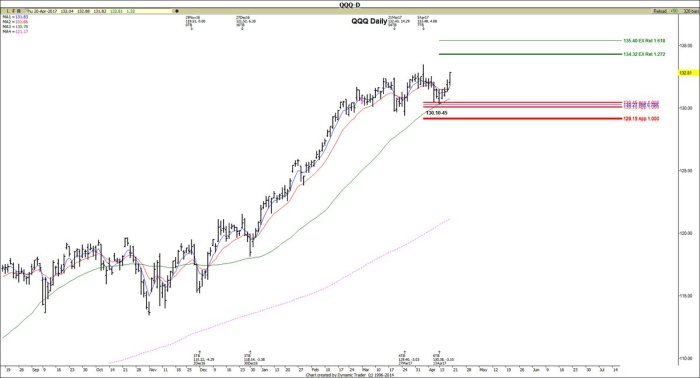 And sentiment sure looks different now:

To paraphrase Kyle Bass, what you believe in the most tends to deliver the biggest shock. Weren’t you guaranteed  a great quarter in trading from Goldman after JPM, BAC, & C delivered strong trading numbers? Then came the almost predictable – a sharp drop in IBM post earnings. Next week brings earnings from Amazon, Google & Microsoft. Now if they disappoint then QQQ would look different next Friday than it looks today.

While the Dow and S&P stole headlines, Russell 2000, Nasdaq & Transports all closed 2.5% – 2.9% higher. Do we believe that message or the one from another strong sector? 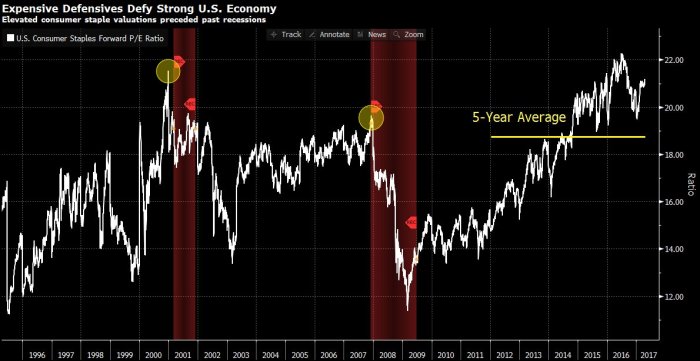 Paul Tudor Jones spoke of a major decline that might be triggered by Risk Parity funds & how Central Banks should be terrified of that possibility. Fed Vice Chair Fisher pooh-poohed this risk and correctly so, in our opinion, at least at this moment in time. Rates have dropped to the extent they have mainly because of the fears of geopolitics, of elections and of a lower trajectory of inflation expectations & growth. Meaning what might drive rates higher would also drive stocks higher. Unless this correlation breaks, Risk Parity funds are unlikely to crater. That is also the message of the chart below. 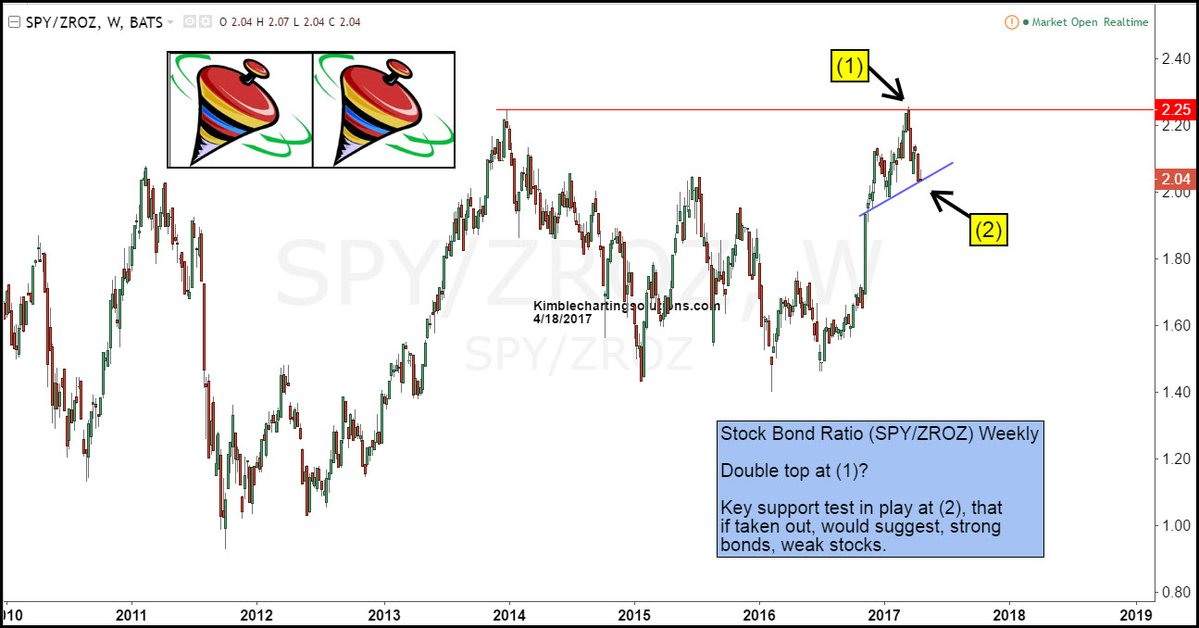 The situation could be quite different in the fall. Assuming we have real positive clarity on tax reform by then, the growth expectations would be higher and presumably, like the past couple of years, GDP might be in the mid-high 2-handle range. Stocks could be higher by then and so might the expectations of Fed rate hikes. That might actually provoke a risk parity run with stocks going down as rates shoot up.

EEM was a big under performer this week against Nasdaq, Russell 2000 and a small under performer vs S&P 500. That could be due to ferocious declines in iron ore, copper & commodities. But something else might be going on given the divergences in the strongest EM market of Q1 and one that is not a commodities exporter.

The fundamental story remains strong as the article How India is Re-Engineering Its Economic Engine from WisdomTree describes:

Sounds great but is this the time to add to your weighting? 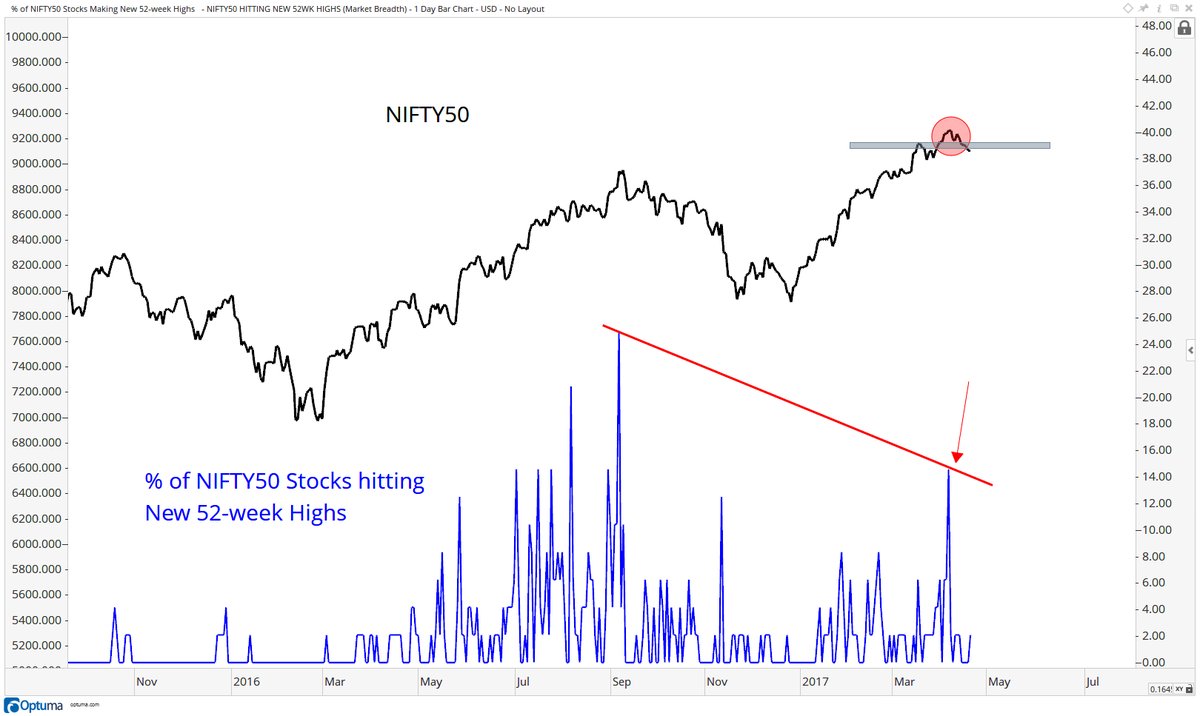 That’s the Nifty index. What about the Sensex?

Last week, we highlighted the fever of the Gold rally and the Sell GDX call from Bear Traps Report of Larry McDonald. Well, GDX fell 3.9% and GDXJ fell 6% this week. Silver also fell by 3%. It would be interesting to see how Gold & Gold miners trade next week.

There can be no such ifs & buts about Oil. Both USO & BNO fell by 7% this week. Perhaps more importantly, Oil broke the $50 level on a weekly close. What’s next? One opinion: 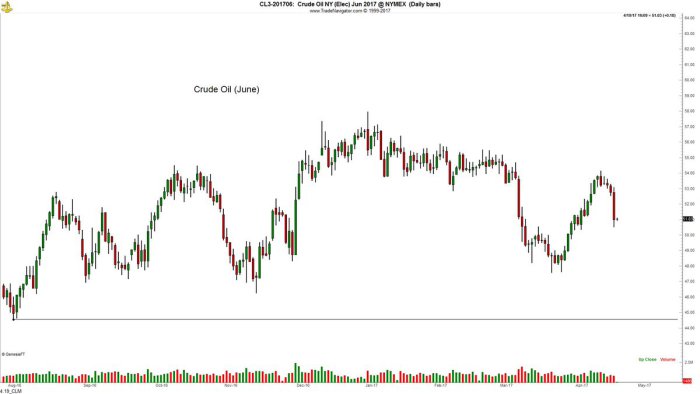 Jim Cramer said on Friday that Oil would go to $47 before it bounces and suggested buying Exxon & Chevron at that point. That was also the opinion of David Seaburg of CNBC Fast Money on Friday. Larry McDonald seconded buying XLE because of the big benefit of tax reform to such large integrated oil names.

What’s the real message for next week?