About seven months ago, we asked:

While the imagery of exit via helicopters was about the mode of exit, the hard facts & cold logic led us to the near certainty of America’s upcoming withdrawal from Afghanistan. From the beginning of this Blog in 2008, we have described the innate similarities between America’s ventures into Vietnam in 1960s & into Afghanistan in 2001.

We have been alone & lonely in this posture for the past 9 years or so. That loneliness ended on May 1 with the Geopolitical Futures article titled Regime Collapse and a US Withdrawal from Afghanistan. Their conclusion reads:

Wait. What about the Mother of all Bombs dropped on ISIS (note ISIS not Taleban) caves near the Afghan line of control with NaPakistan? What about the visits to Afghanistan in April by National Security Adviser H. R. McMaster and Defense Secretary James Mattis? Perhaps Geopolitical Futures with their deep contacts in DC know something about the conclusions reached. Read what they said in their May 1 article:

But how should America exit? Not as in Vietnam. President Trump has to stage manage the exit with a demonstration of tangible achievement. What achievement could possibly be enough to meet President Trump’s mission? Geopolitical Futures explains in their article on May 11 titled Tackling a Change in US Foreign Policy Head On:

This is a realistic objective. From the very beginning of this Blog, we have recognized the Afghani Taleban as a nationalistic group focused on liberating Afghanistan or at least their Pushtun areas from foreign occupation. This distinguishes them from the trans-national jihadi groups in Af-NPak like Pakistani Taleban or TTP and of course ISIS. In fact, there is real physical conflict between the Afghani Taleban & ISIS in Afghanistan over loyalty to Afghanistan vs. loyalty to the ISIS caliphate.

So it would be sensible for the US to concentrate its firepower on eradicating ISIS from Afghanistan rather than fighting both ISIS & Taleban. And eradication of ISIS from Afghanistan is a much more manageable objective than eradication of ISIS from Syria. Unlike in Syria, the Afghani Taleban is a larger & more successful fighting force than ISIS and now they also have a degree of Russian support.

President Trump is a realist & his defense team, Mattis & McMaster, are through realist professionals in the art of war. They all know the Afghan conflict against the Taleban cannot be won and that an honorable exit with a defined success of destroying ISIS in Afghanistan is smart warfare.

What will Afghanistan look like after America exits? Geopolitical Futures writes in their May 1 article:

Such a civil war may actually provide sensible opportunities for America to keep & even regain some influence in Afghanistan via in a congruent but unspoken relationship with Russia & Iran. But the final responsibility will be that of Afghanistan & its neighbors in the Indian Subcontinent & Central Asia.

And that would be consistent with the Model we have used for the US venture in Afghanistan.

Our Model for the US-Afghan War

The historical reality is that Afghanistan was intricately intertwined with Northern & Central India from about 1,000 CE to 1761 CE. For all practical purposes, the two opposing ends of the Indo-Afghan Continuum were Kabul and the south-central state of Maharashtra of which Mumbai is today’s capital. Though this continuum began in 1300 and ended in 1760s, the part that is most relevant to today’s discussion is the role of Muhi-ud-din, the most powerful, successful & diabolically shrewd of all Mughal rulers. 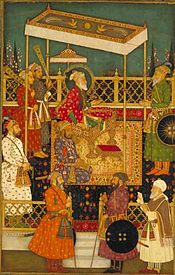 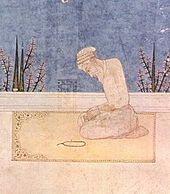 Calling himself as Aurangzeb (jewel of the throne) and as Alaamgir (seizer of the universe), Muhi-ud-din was a spiritual ancestor of today’s Taleban:

The Muslim backbone of his army were Pushtuns, the same Afghani clan that populates today’s Taleban. Having conquered almost everything else in India, Muhi-uddin decided to enter Maharashtra with the bulk of his army & stay there until he had destroyed the nascent Marathi kingdom. 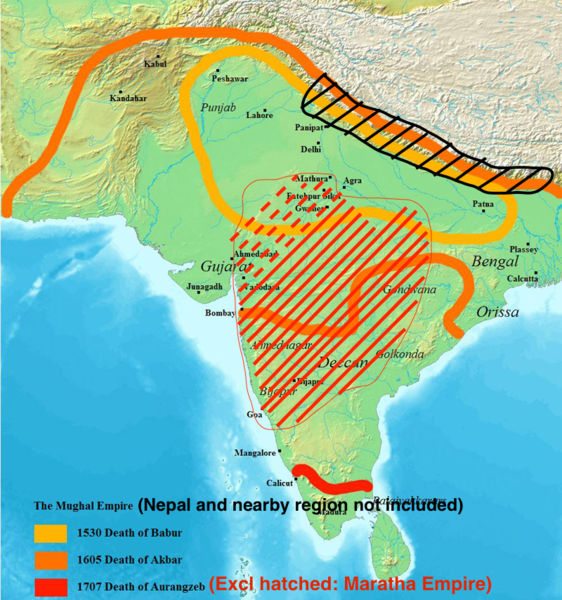 This was an unequal conflict – the superpower of the region with 500,000 soldiers, administrators occupying the state of Maharashtra to fight the Marathi regime headed by the Sambhaji, the young son of the founder, Shivaji Maharaj. After about 8 years of constant war, the Mughal forces captured King Sambhaji in 1689. When he refused to surrender, Muhi-uddin had him publicly tortured, killed & his body cut into pieces that were fed to dogs. There was no one left to lead Marathi forces in battle and he thought he had won.

Instead, the Marathi people went ablaze in anger and “blades of grass turned into spears” with Marathi warriors fighting the Mughal army in small groups. The Mughal forces won every pitched or semi-pitched battle but kept losing the long war that went on for 18 years. In this 18-year war, Aurangzeb and his huge occupying army of 500,000 destroyed hundreds of villages, killed countless Marathi soldiers and civilians. This protracted war drained the morale & capability of the Mughal army and bled the Mughal treasury dry. Finally, Muhi-uddin died in 1707 in Maharashtra and his successor decided to pull out and return to Delhi with the remnants of the army.

When you read the historical accounts of this 18-year war, you see extraordinary parallels to American military in Afghanistan. Two superpowers entered these two states with martial populations which fought them for their land & religion for as long as it took. The leaders of the superpowers saw the writing on the wall but couldn’t face pulling out in defeat even though their mission was unwinnable and their armies were being bled. Finally, a new leader of the superpower decides to come to a semi-honorable exit.

We have followed this model as a road map to analyzing American venture into Afghanistan & the war against the Taleban now in its 16th year, the longest in American history. This model has guided us unerringly and, if President Trump leaves after destroying ISIS in Afghanistan, the model would prove right for the conclusion as well.

This goes to demonstrate once again that the American establishment ignores regional history and analysis to their own peril. Every American guru or strategist who opined on Afghanistan did so from a European or Middle Eastern viewpoint. No one bothered to study Pushtun history in the subcontinent in which Afghanistan resides – the Indian Subcontinent & its Indo-Afghan Continuum.

Well, life after all is a C’est la Vie sort of a thing!

Of course, the saving grace is that Afghanistan was at most a peripheral venture for America and a failure there would hurt but not damage America in any serious way.