Remember the American Civil War – America’s bloodiest war & greatest crisis of morality & will? Abraham Lincoln is now universally regarded as one of America’s greatest presidents because of his leadership in that war. Candidate Donald Trump invoked Abraham Lincoln more than any previous president in his campaign. Unfortunately, President Trump forgot the lessons of that civil war during his transition from candidate to President.

The Confederate Commanding officer, Robert E. Lee, surrendered on April 9, 1865. A mere 5 days later, President Lincoln  was assassinated by John Wilkes Booth, a Confederate sympathizer. Bands of Confederate ex-soldiers roamed the countryside in various states exacting revenge. The South as a whole continued its resistance to imposed Northern values for decades. It took this week in 2017, 150 years after Lee’s surrender, for removal of his statue from New Orleans. Civil wars last a long time and the first victory is often the beginning of a long protracted underground warfare by die-hard supporters.

What we see in America is history repeating itself. The 2016 election was an intense civil war between the globalized bi-coastal elite and the forgotten-discarded middle & lower middle class in America’s heartland. This was not just a civil war but an out & out insurgency. The global bi-coastal elite had entrenched themselves in power & control of the American Government under President Obama who was both sympathetic and powerless to stop their control during his eight years. They were the new cultured aristocrats of America and to them the middle class from America’s heartland were rabble, pure & simple. They remained as contemptuous of the heartland rabble as their Southern Gentlemen counterparts were of Northern rabble in 1850s.

To their utter consternation, Candidate Trump won on November 8, 2016 and became President. Then, contrary to their expectations, President Trump did not jettison his base, Unlike many other political winners, President Trump remained steadfast to what he had promised his base & they have remained with him. He assembled a terrific team in areas that are crucial to making America richer, stronger and respected in the world. Rex Tillerson, James Mattis & HR McMaster in a Defense-Foreign Policy iron triangle, Wilbur Ross, Gary Cohn & Steven Mnuchin in Commerce & Treasury – probably the best collection of deeply experienced & brilliant talent we have seen in a long time, far far better than what President Obama assembled during his eight years.

1.Those who forget to learn from history …

But President Trump forgot the lessons of President Lincoln & the resistance of the South. He didn’t understand that he had merely won the first important battle of America’s new civil war and that the real nasty dirty war of attrition lay ahead of him. He forgot to build a bodyguard team around him to protect him from political assassination. What sort of bodyguard you ask?

In stark contrast, President Trump’s choices for the Department of Justice, AG Jeff Sessions & Deputy AG Rod Rosenstein, have demonstrated that they are far more focused on protecting their personal reputations than protecting the Office of the President who chose them. Nowhere do you find the loyalists who knew how to fight nasty & dirty – veteran US Attorneys like Rudi Giuliani & Chris Christie. President Trump, by his own choice, maintained a Justice Department full of the same elite against whom Candidate Trump railed during the campaign. And President Trump kept FBI Director James Comey instead of choosing a fresh new start with his own choice of FBI Director.

Look what President Trump’s handpicked choices did – in his first act as AG, Jeff Sessions recused himself from the Russia investigation and thereby made Deputy AG Rosenstein the decision maker. Then this week Rosenstein, acting entirely on his own, appointed a Special Counsel for the Russia investigation. That the House & Senate were already conducting their own investigations meant nothing to him. He acted, as some have alleged, to protect his own personal reputation and to redirect the heat he seemed unable to stand. In doing so, he created a grave risk for the President who chose him, something neither AG Holder nor AG Lynch would ever have thought of doing.

What is Deputy AG’s handpicked Special Counsel going to investigate? No one has been able to show even a shred of evidence of collusion between the Trump Campaign & Russia. That is why we have focused on the political assassination campaign against President Trump by those who so terribly despise Mr. Trump, his language and his style.

How intense is the contempt towards Mr. Trump? We all saw that when CNN’s Anderson Cooper tore off his mask of a TV anchor to descend into personal hate.

But more on this later. Some of this meltdown could be due to a realization that the appointment of a Special Counsel could prove beneficial to President Trump. Because what has been alleged is at worst “political wrongdoing” and not a “crime“. As Alan Dershowitz, a legal scholar, a Harvard Law professor and a proud Hillary Clinton supporter who voted for Hillary, explained to Fox’s Tucker Carlson, “it would not be criminal, even if it happened, for the Trump campaign to have collaborated with the Russians in an effort to get their candidate elected“. Dershowitz added “”Nobody can point me to a statute that would be violated. And a prosecutor is only allowed to look for evidence of a federal crime.”

Also a Special Counsel works in private and not in public as an independent commission would have. So the appointment of the Special Counsel may result in this investigation taken off TV & print headlines.

That may be why, on Friday evening, Trump-hating newspapers focused on use of rough & uncouth language by President Trump in his conversations with Russia’s Foreign Minister & Ambassador.

What led Anderson Cooper to descend into personal hate seems to be the style & language of President Trump. Cooper seemed appalled at the words used by President Trump in his conversations with Russian diplomats. To him & to many many like him, Trump’s words & style make him unfit for the majesty of the Oval Office. They loved the demeanor & language of Obama & recoil at seeing Trump succeed him.

Anderson Cooper doesn’t care that President Obama failed in his attempt to reset America’s relationship with Russia. That failure was because of Obama’s professorial lecturing style with Putin who reacted with contempt. That contempt resulted in Russia’s aggressive behavior in Eastern Europe & Syria. Candidate Trump kept saying Putin & other foreign leaders don’t respect Obama and he was right. Candidate Trump also promised that they would respect Trump’s America,

So far President Trump has kept his promise. He has earned the respect of foreign leaders by his strength, his charm and his ability to speak & behave differently with different leaders. He was polite, cordial and charming with President Xi Jin Ping of China & his wife while demonstrating America’s strength by serving a missile strike on Syria during dinner. 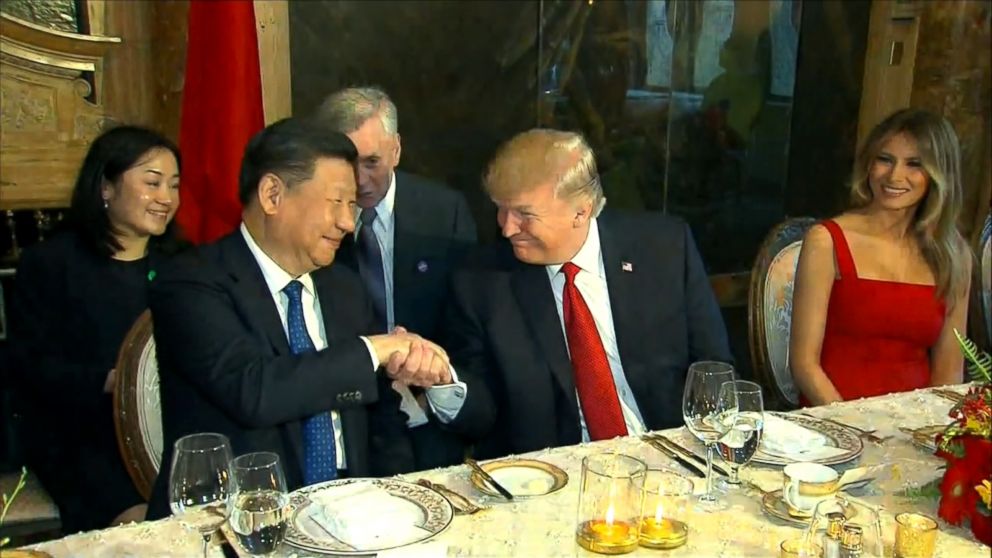 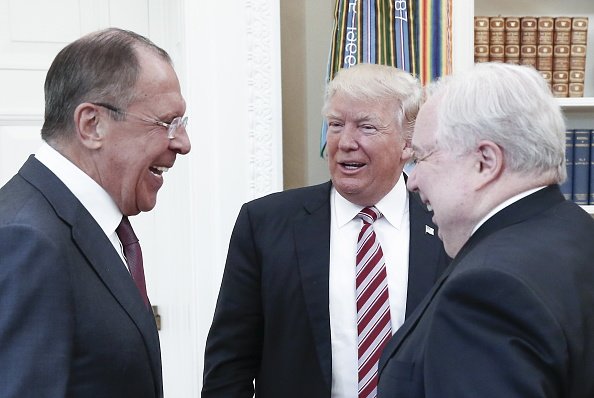 President Trump, in our opinion, struck the perfect tone in his conversation with Russian Foreign Minister & Ambassador. He bragged about his strength & power in getting rid of Comey & feeling free to deal with Russia. He sent a signal to Putin that said I am the boss and you have got to work with me.

This, to us, was perfect diplomatic locker room talk between people of power, people who know how to use power, people who respect power. President Trump, we are convinced, achieved far more with his uncouth bragging style with Russians than anything President Obama could have said.

Donald Trump is & has always been focused on outcomes rather than style. That is why this morning we saw a completely different tone & behavior from President Trump with the King of Saudi Arabia. This seems totally beyond the understanding of Anderson Cooper who has done precious little in life than speaking in front of a TV camera. 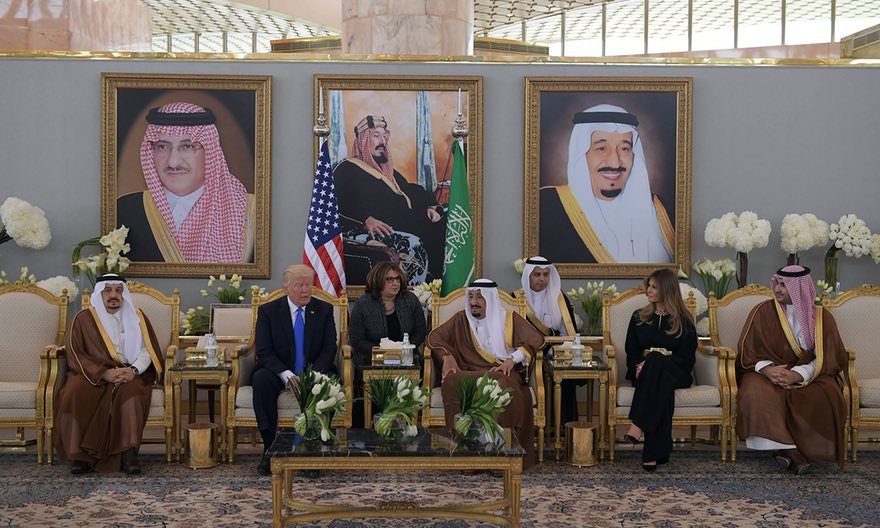 The reality is Anderson Cooper, a mega millionaire born with the proverbial silver spoon in his mouth, wouldn’t lose anything if America failed. That is true of the majority of his media & globalized elite crowd. In contrast, the middle class who voted for President Trump have a great deal to lose if President Trump fails to improve America’s economy & their lot. So they, rabble as they might seem to aristocratic Anderson Cooper, don’t care about Trump’s language. In fact, they appreciate it because it is how they speak.

4. Will the Trump base force Republicans to go on offense?

We now have the weird spectacle of a Special Counsel appointed to investigate the victorious campaign of a Republican President while Republicans control both the Senate & the House. And that too without any shred of evidence & without any realistic possibility of finding any crime.

And these same Republicans have been unable to get a special counsel to investigate the Clinton Foundation, Hillary Clinton’s deletion of 33,000 emails & donations of 20-25 million dollars from foreign countries to the husband of a sitting Secretary of State Hillary Clinton.

How apoplectic must the Trump base be? How worried must Republicans in Congress be about what they will face from their voters? Will this worry finally give them the courage, the will to unite and go on the offensive on their own? Yes we all know that there are as many anti-Trump globalized elite in the Republican Party as they are in the Democrat party. But they have to be worried about their own personal political futures at this stage.

Every wave does crest at some point and Magazine covers have usually signaled the cresting of a wave. Remember the wave of anger & disgust about the locker room talk of Donald Trump reportedly leaked by some in NBC in October 2016. Remember how prominent Republicans spoke about veering away from Candidate Trump and talk surfaced about VP nominee Mike Pence taking over.

Remember the cover of Time Magazine that signaled the cresting of that anti-Trump wave? Ian Bremmer reminded us of that this week: 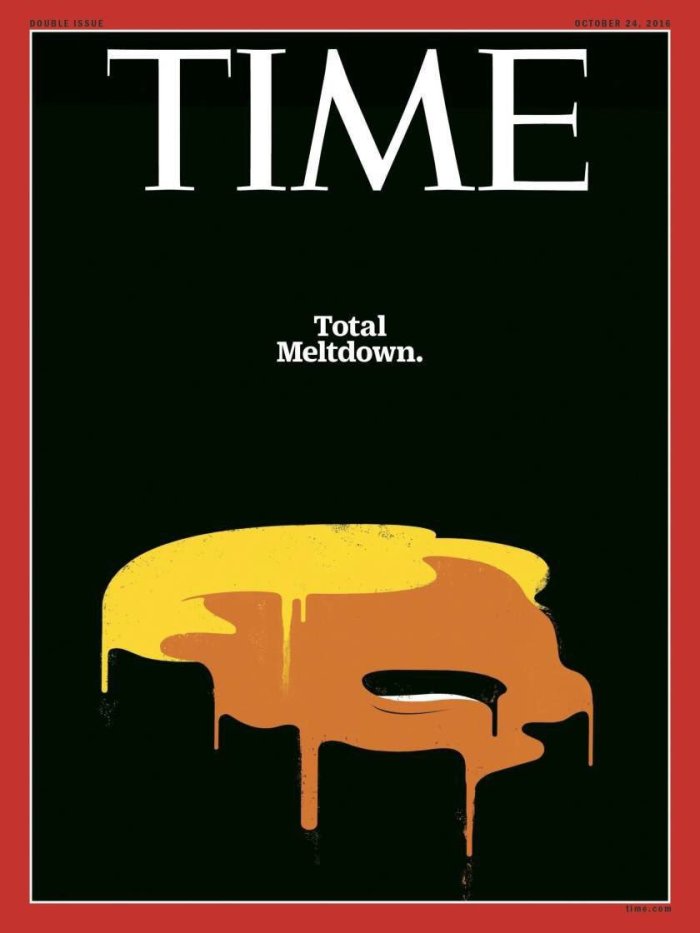 Was there any magazine cover this week that could serve as a cresting signal for this anti-Trump wave? 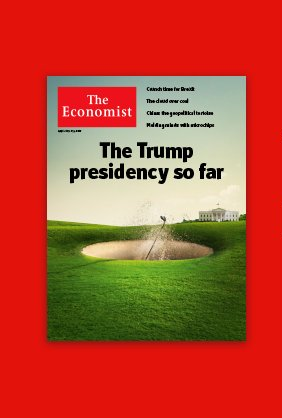 Not as intense as the Time Cover but it may suffice.