1.Relief in three doses or front running of Monday?

Worries about the US economy were raised last Monday from the drop in the Citi Economic Surprise Index: 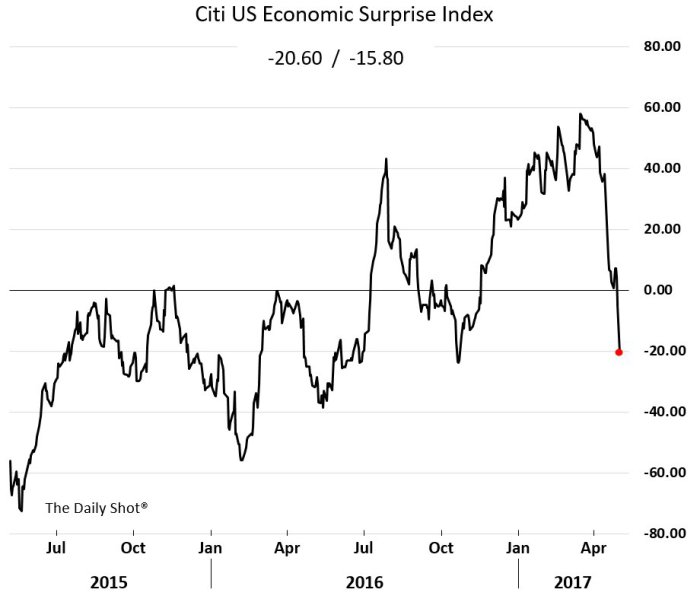 Wednesday’s FOMC statement proved to be the first dose of relief for such worries. The Fed did what was expected of them – dismissed signs of weakness in Q1 as “transitory” and signaled that June rate hike was on track. 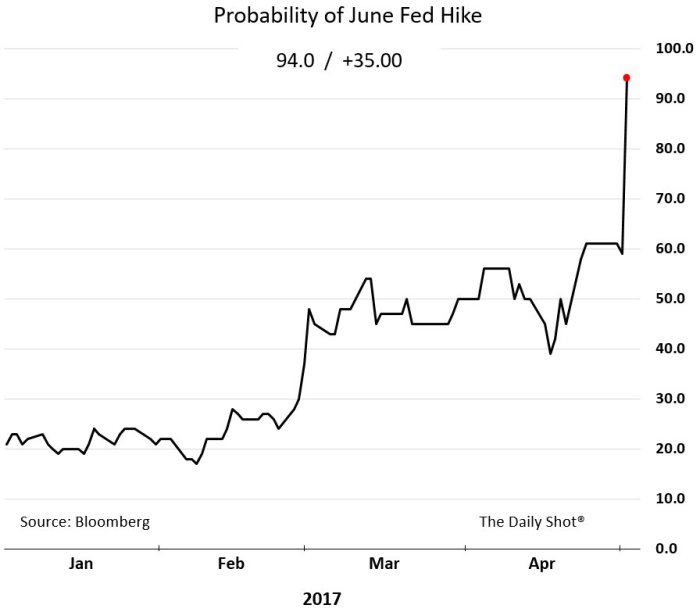 The House passing their version of the Obamacare Repeal & Replace bill was the 2nd shot of relief. It showed that the Trump Administration was on track of delivering on legislative action. The 3rd shot was the higher than expectations NFP number of 211,000. Some like David Rosenberg termed the strength as “classic late cycle development“. But, late or otherwise, it did reflect strength. 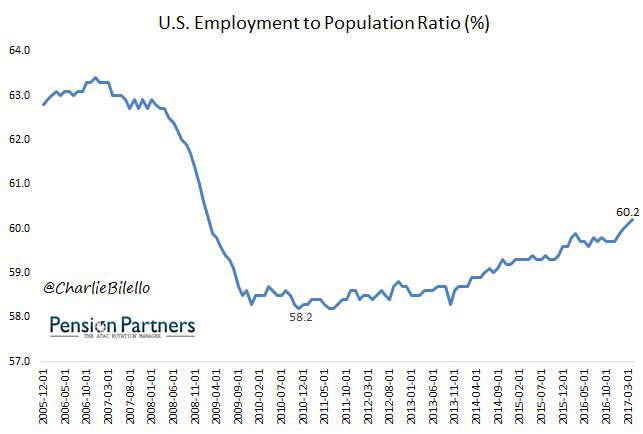 These three shots enabled the stock market to close up 88 bps on the week at new all-time highs in S&P and Nasdaq. But the bulk of the week’s advance in the Dow and S&P came in the rally into the close on Friday afternoon. So were the above three shots of relief were merely steps & was the Friday afternoon rally mainly front running the expected rally on Monday post the Matron victory?

Strategists like Jeff Saut of Raymond James described the market’s “internal energy” as “nearly spent” on Friday morning. Another but similar way to describe the current condition came from Lawrence McMillan of Option Strategist on Friday:

2. Liquidation >> an end to Commodity carnage?

The much bigger & far more interesting story of the week was the carnage in commodities from Industrial metals like Copper to Gold & a continuous decline in Silver and the vertical looking crash in oil. One obvious cause was the Chinese mess: 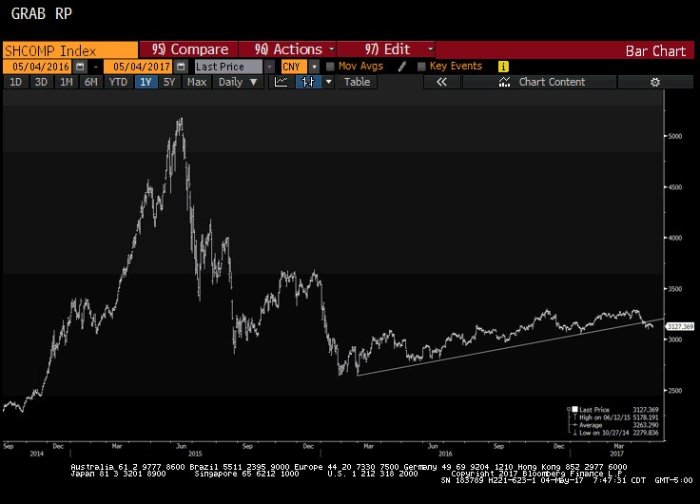 But the velocity and scale of the fall (esp overnight pre Friday morning) suggested a large liquidation. And presto, it was revealed on Friday that “Pierre Andurand, who runs one of the biggest hedge funds specialising in oil, liquidated the fund’s last long positions in oil last week”.  Almost predictably, oil bounced 2%+ on Friday and so did metals, base & precious.

An oil fund’s liquidation doesn’t explain the record of 14 straight days of decline in Silver that also ended on Friday.  One technician (who proved correct in dismissing oil bounce as a trap a few weeks ago) found something to like in the vertical fall in Silver. May be his sharp eyes can see silver as a fallen knife vs. a still falling knife. Any way, Carter Worth of CNBC Options Action said Go Long Silver on Friday afternoon.

Those who are interested in a detailed discussion of what might go wrong in China in the near future should listen to Kyle Bass in the clip below.

Kyle Bass sounds convincing as always in the above clip. But if the crisis were so near, wouldn’t we see some signs in credit markets? 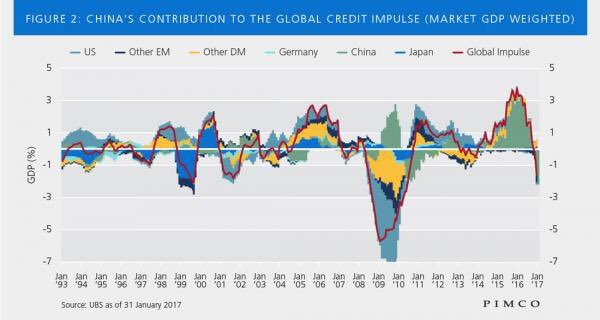 But that doesn’t suggest imminent danger, only a steadily worsening condition. The two biggest safe havens from a credit crisis actually went down this week. The Dollar fell by about 45 bps and the Treasury curve rose in yield by about 5 bps on average with a 3 bps flattening in the 30-5 spread.

The bigger problem for Treasuries might be the bad positioning of large speculators. The large short positions have all been liquidated & the positioning is now long. 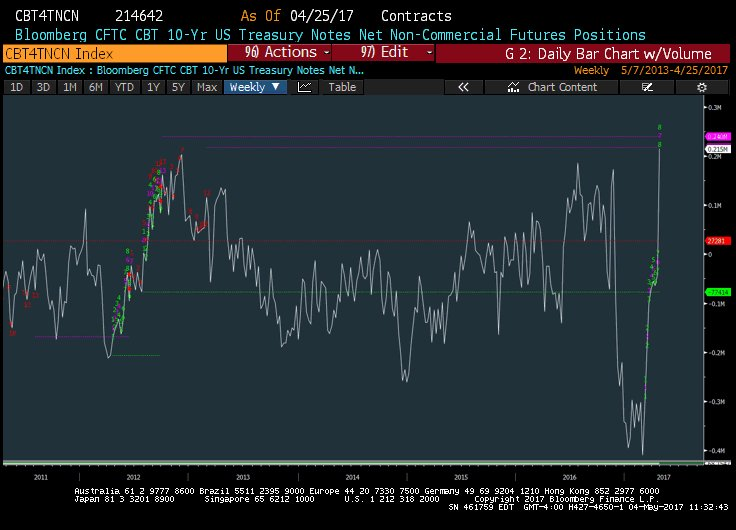 Something interesting happened on Friday:

What is something else you don’t see often?

What worries one makes another feel good.

Is there a signal to suggest which way the S&P might go? 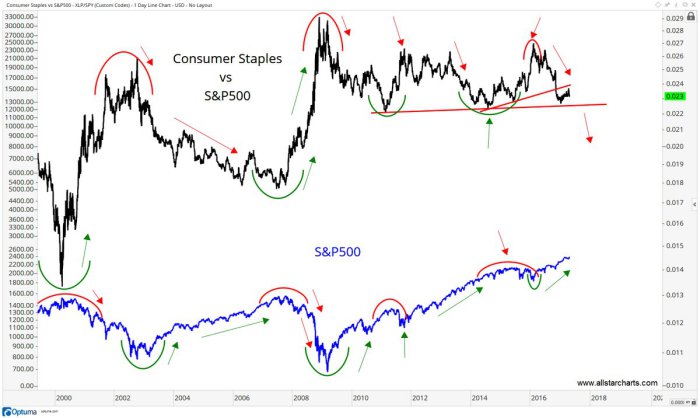 The concept as we understand it is simple – in a robust cyclical advance the S&P would outperform XLP, the consumer staples ETF. So watch the ratio XLP/SPY to get a signal of market strength. 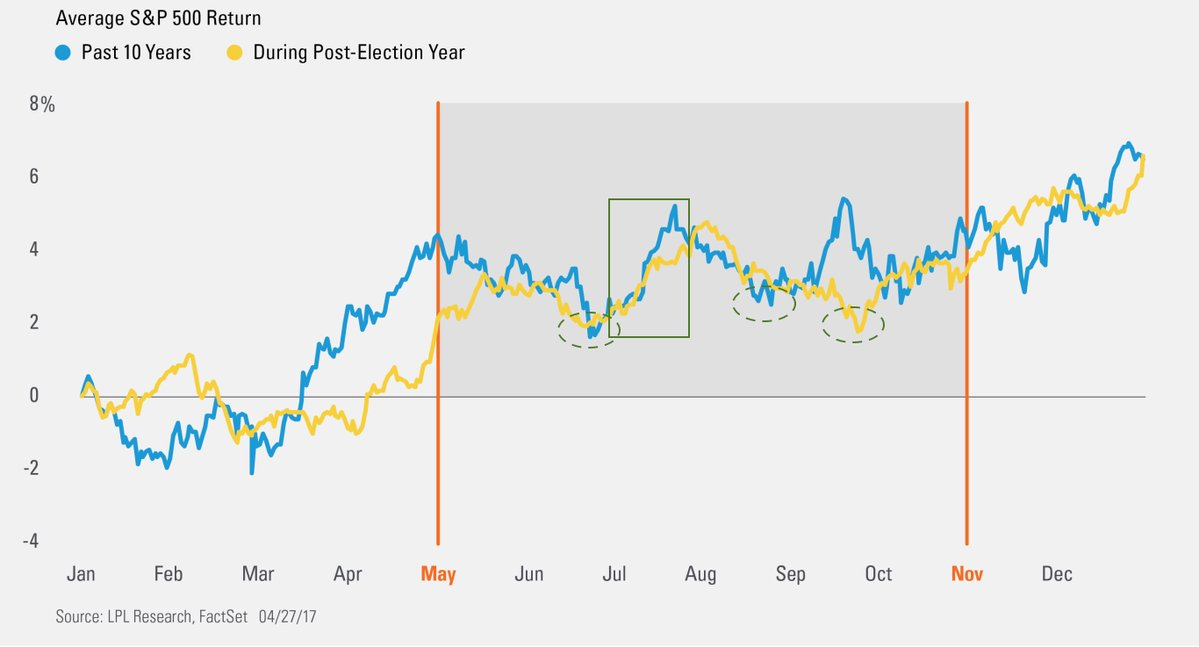 What about a near-term target for the S&P?