Was this a great week for Risk Parity Funds? VIX fell 63% from its close of 15.59 on Wednesday May 17, the peak of fears of problems for President Trump; US Stock Indices rallied hard to new highs for S&P 500; Treasury yields behaved as if stocks were down, Gold & Silver rallied and Dollar also closed in the green on the week. Is this what Risk Parity heaven feels like?

There were two major events that sparked these moves – the fall in feverish fears about the fate of President Trump and the Fed minutes released on Wednesday at 2:00 pm. The Magazine cover indicator we had highlighted in last week’s American Civil Wars & Insurrections article worked very well. But which event contributed to what?

The stock indices had already rallied by Wednesday 1:50 pm, ten minutes prior to the Fed minutes. All three major indices had already achieved 50%-75% of their rally for the entire week by then. VIX had already fallen 56% from last week’s close to Wednesday 1:50 pm, the bulk of its weekly fall. In contrast, Treasury yields had risen from last week’s close to 1:50 pm on Wednesday and Gold, Silver had fallen. This behavior makes sense, right? When stocks rally & VIX falls, Treasury yields should rise & Gold/Silver should decline.

Then came the release of the Fed minutes at 2:00 pm on Wednesday. The Fed confirmed their desire to raise rates AND the FED said they intend to begin balance-sheet contraction this year.  The Fed-experts on Fin TV pronounced these minutes as hawkish. But it is now clear that the markets disagreed. Look at the reaction in different asset classes from Wednesday 2:00 pm to Friday’s close.

Isn’t this the textbook reaction to an easier Fed? The market is clearly signaling a classic low-inflationary condition in which inflation is dormant or falling with earnings rising. 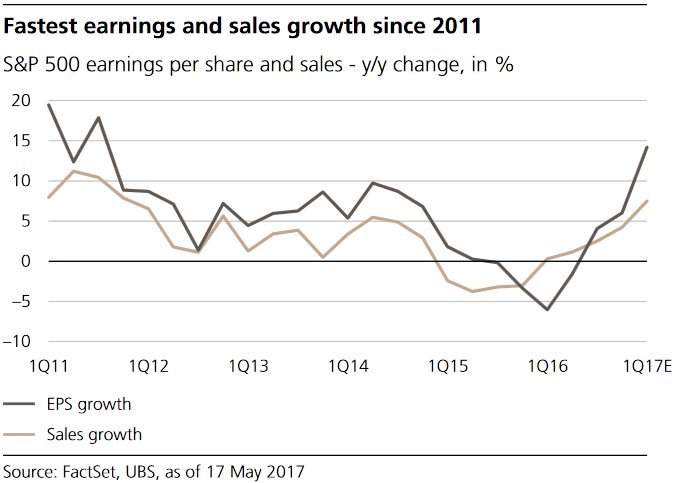 But is this condition an indication of a slowdown ahead or worse?

David Rosenberg wrote about jobless claims – “The Labor market is hitting the wall, something that screams of “late cycle“. He also wrote under a 1937/38 redux? heading – “There is a palpable sense of complacency out there and I don’t just mean nosebleed equity valuations, razor-thin corporate bond spreads and 10x reading in the CBOE’s VIX“.

Paul Singer of Elliott Management was more direct in his Q1 letter to his investors:

The Singer letter also mentioned the terrible R-word – “recession”. He was not the only one: 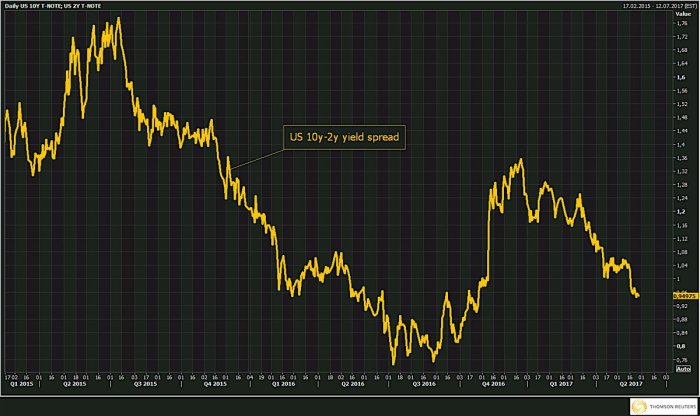 We hear that Mark Yusko had explicitly warned investors with a recession ahead call at the Mauldin Conference. This seems to be the classic behavior of the Fed which usually begins its tightening late and ends up causing a recession. But why would a 25 bps increase create such risk?

How unreal is the Debt growth?

All this is fine but doesn’t credit provide an early indicator of economic danger? 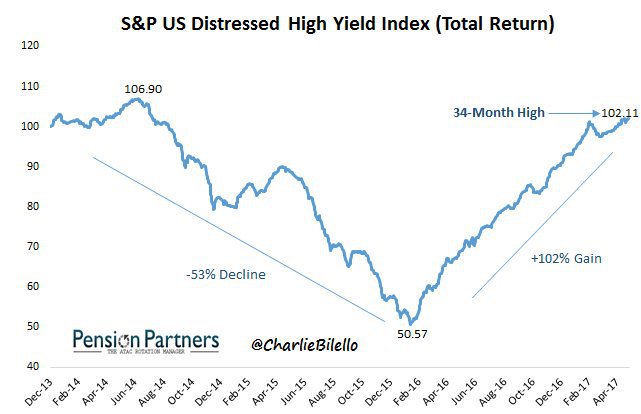 The real question is whether High Yield is confirming the strength in Stocks? 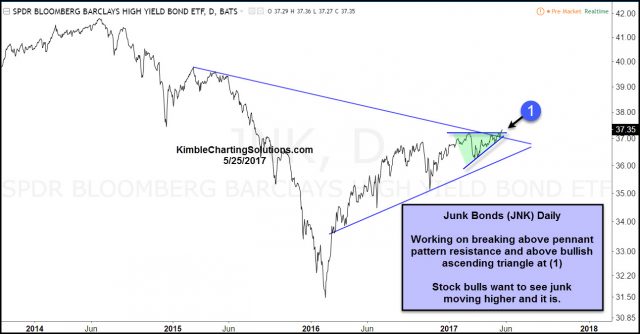 Tom McClellan suggested a 2-3 week dip into June 2017 followed by a strong uptrend. He is not alone in this: 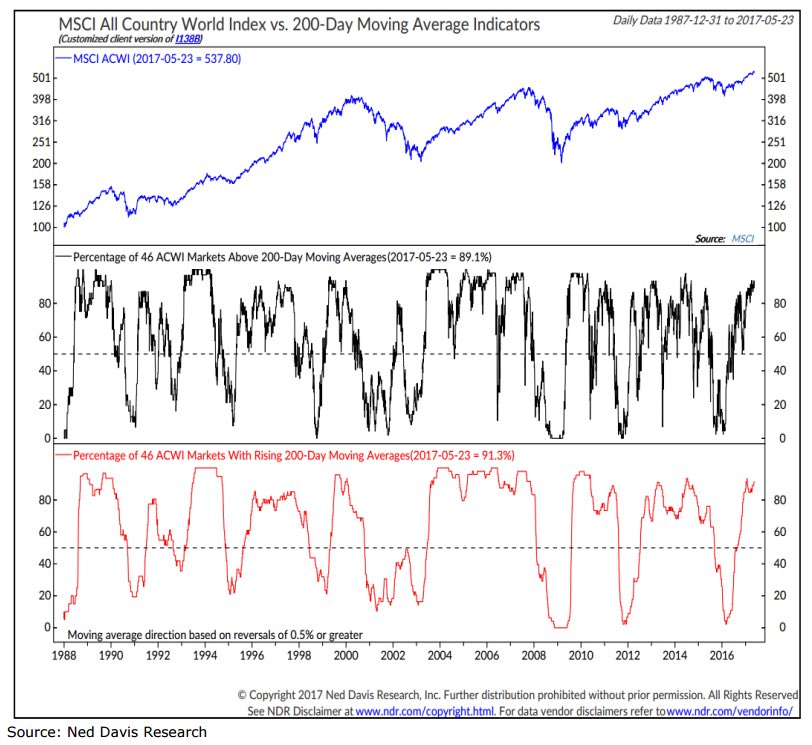 But Sentiment is not yet extreme:

What do statistics say about the rest of the year?

May be it was the market’s reaction to the Fed minutes or may be it was something else, but there was a marked increase in admirers of Gold on Friday: 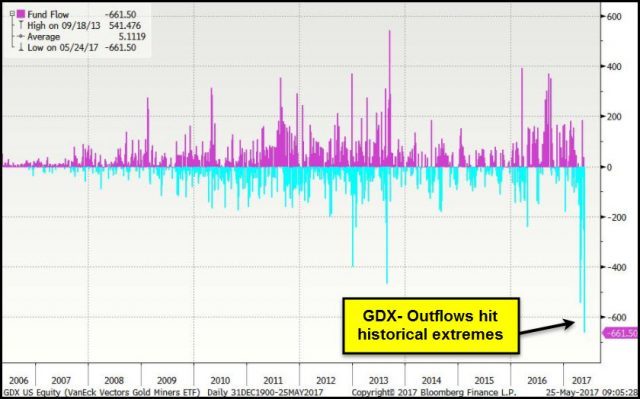 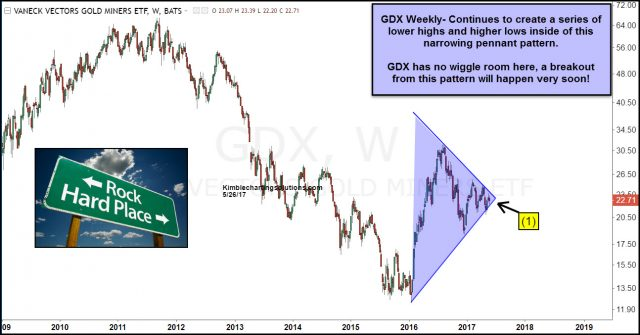 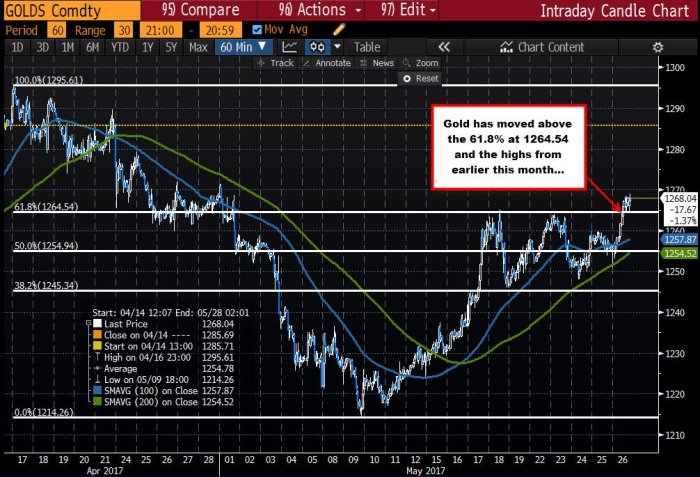 Carter Worth, resident technician at CNBC Options Action said Buy GLD on Friday afternoon. He had put out a buy on Silver a couple of weeks ago. Now he is positive on Gold & Gold miners.

But not all are positive on Gold:

Another way Parets looks at Gold: 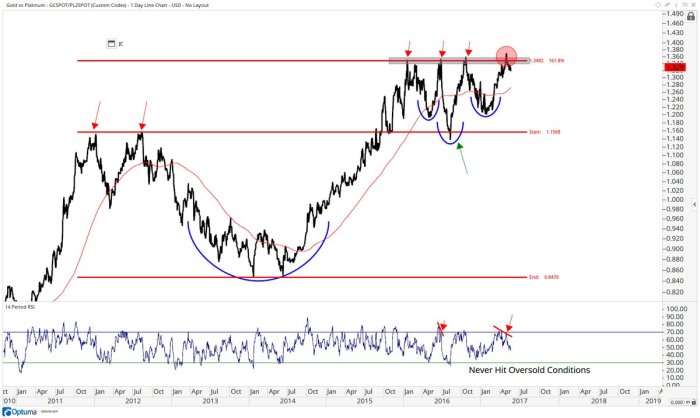 The following captures our feelings about trading Oil: 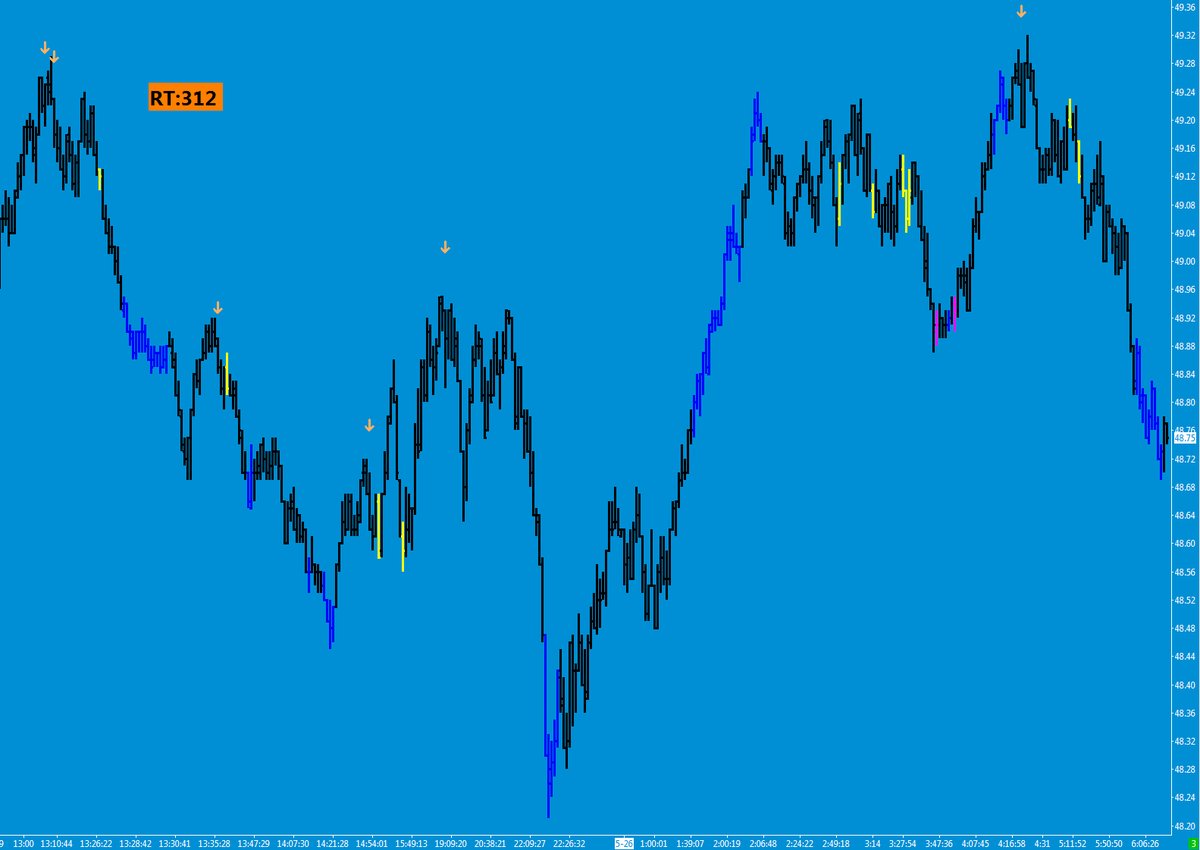 Carter Worth, resident technician at CNBC Options Action has correctly advised viewers to stay away from Energy & Energy stocks. He repeated this on Friday with the succinct observation – S&P Energy made a 14-year relative low to S&P 500 this week – Stay Away!

8. Upsetting the carts above?

What can upset everything we featured above?  Something that has been discarded: 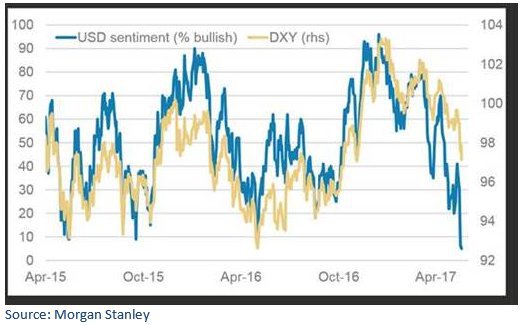 We get what a stronger Dollar would mean to Gold & Commodities. But what about rates? 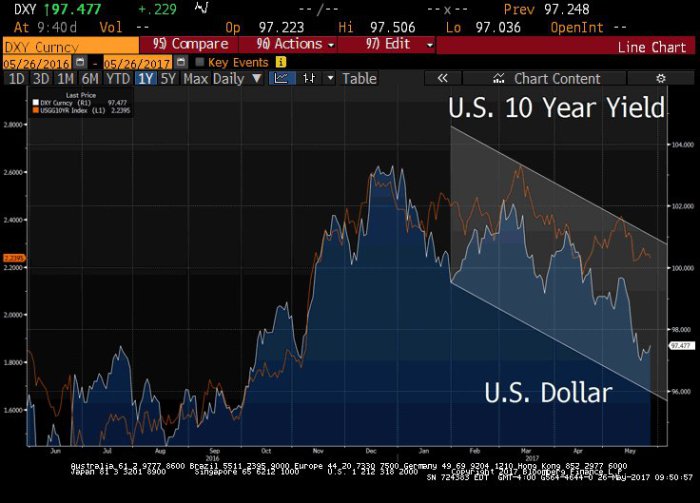 In other words, a stronger Dollar could cause rates to go up, for Gold to decline & create a headwind for earnings of leading sectors of the S&P. No one wants that & that can be seen in the sentiments about the Dollar. Doesn’t that make you go hmmmm?

We were all reminded again this week about the horrors of what we now describe as terrorism. Below is a tribute from Dubai’s Burj Khalifa: 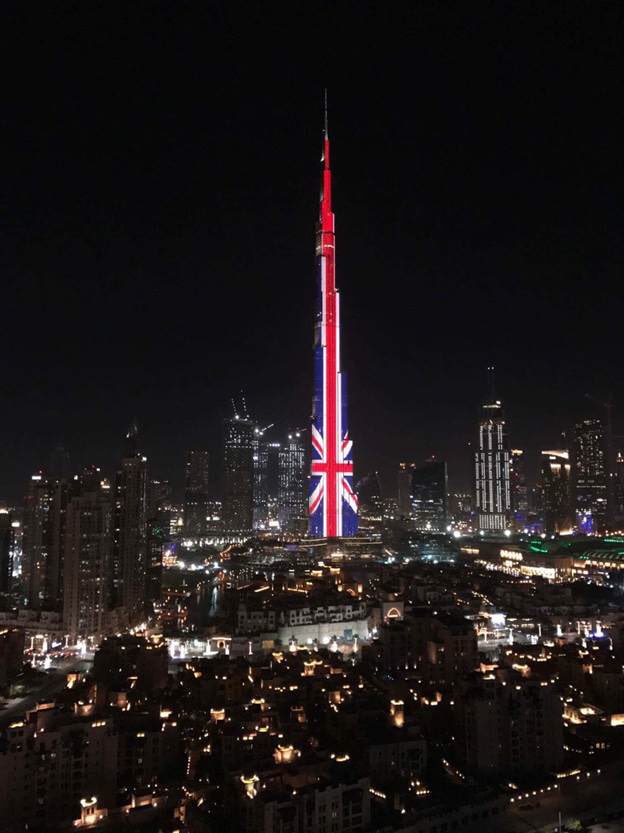