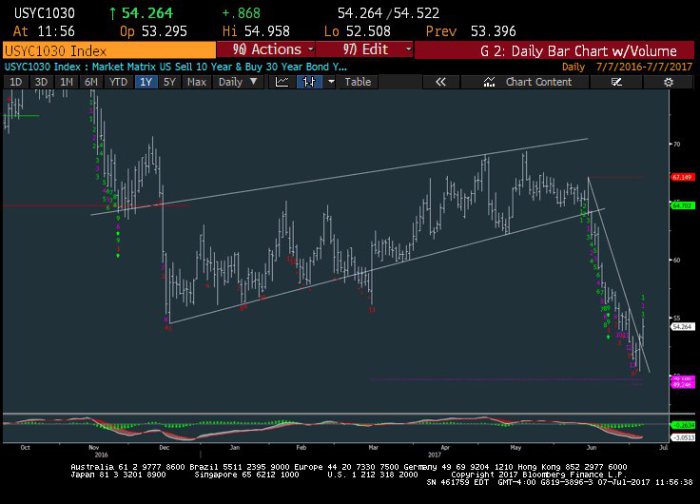 There is no evidence of inflation. So is this rise in 30-year yield more about positioning?

Is that why the 2-year yield stopped going up this week? 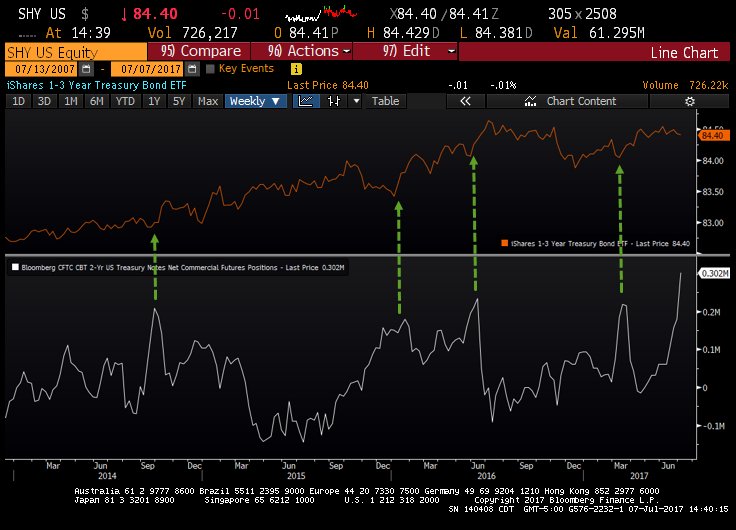 This is a far less bearish tweet than Gundlach’s tweets of Friday June 30. If this selloff is more about positioning, then is the below significant?

With all this, was there any one bold enough to say Buy long Treasuries? Carter Worth, resident technician of CNBC Options Action, was bold enough to do so on Wednesday, July 5. Except he was early. The 30-year yield dropped another 7 bps during the two days following his recommendation.

Carter Worth also predicted outperformance of XLU, the S&P Utilities ETF, in the above clip.  That seems statistically consistent per,

It is a well established empirical tenet that Nasdaq PEs are inversely correlated to Treasury interest rates. So if the gurus above are right & yields fall some, then shouldn’t high beta Nasdaq stocks outperform? J C Parets not only seems to think so but he applied this argument to Momentum stocks as a whole in his Chart of the Week. 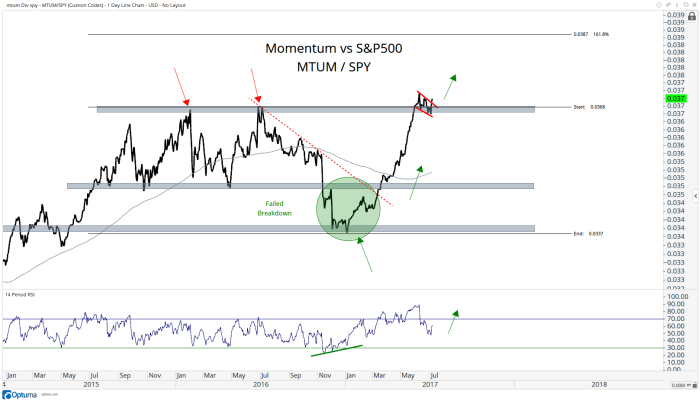 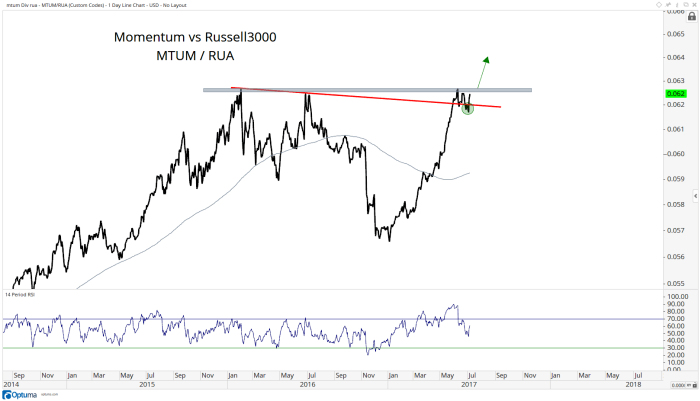 The best performing Dow index of the week was Dow Transports. Isn’t that a big deal, a clear signal about the economy & the broad market?

What happened in those cases? 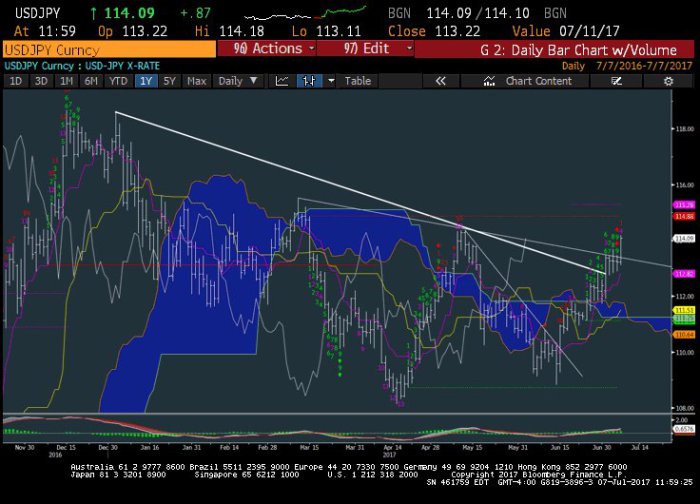 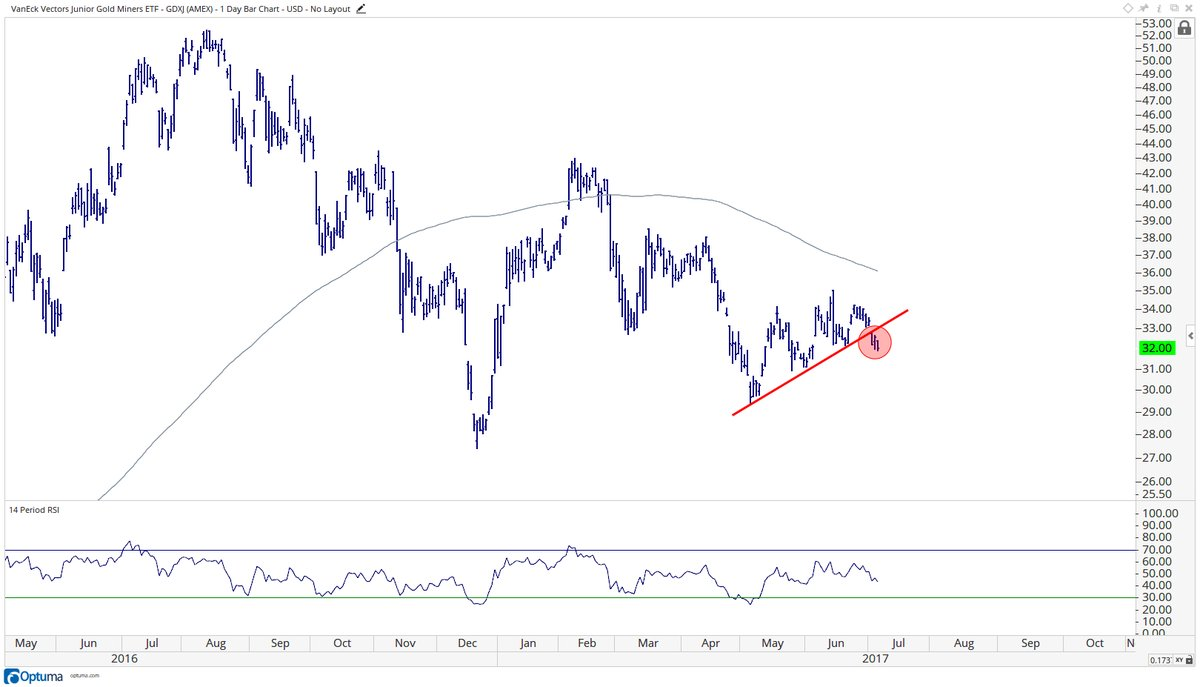 If Gold fell this hard, Silver must have collapsed! 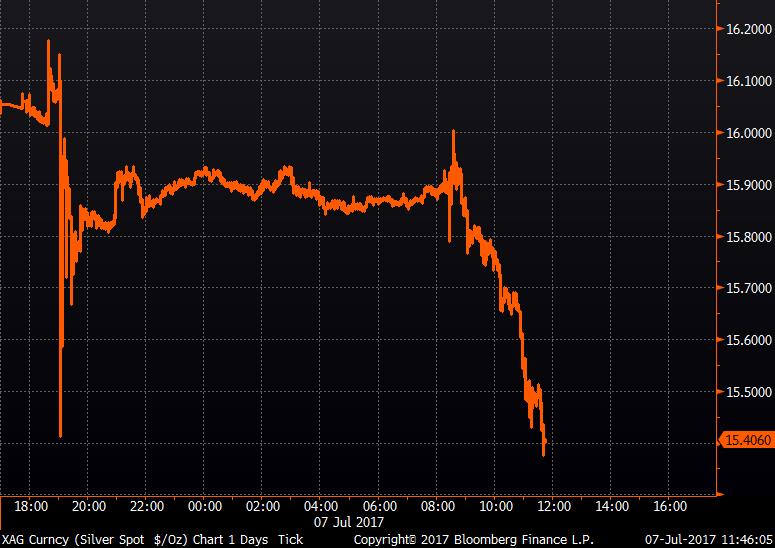 Forget Gold & Silver. What about Oil? You know what! Down 4% this week after a big rally last week. Why? We haven’t found any one who has a clue.

So is there any hope for this asset class? One glimmer could be seen from the chart below: 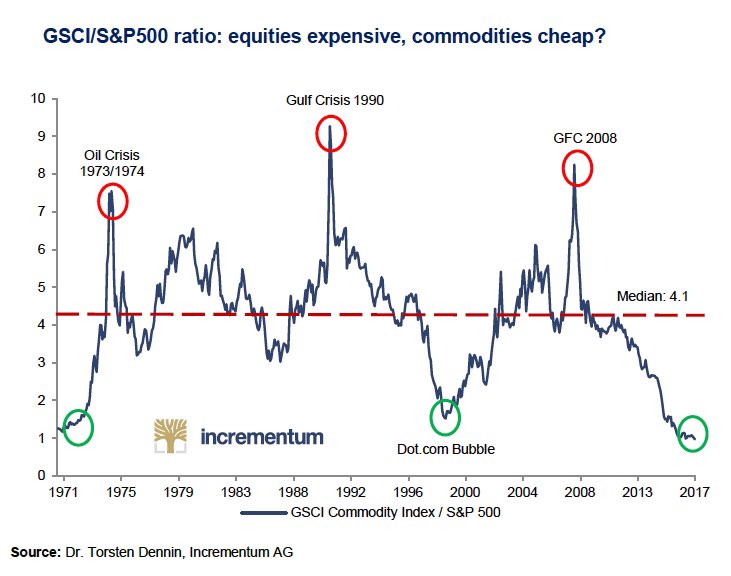 We found this story by accident and actually thanks to this week’s psychologically rewarding visit to Israel of India’s Prime Minister Modi (pronounced as Mo-thee except by the not knowing & the knowingly uncaring like some Fin TV anchors). It is a filmmaker’s journey to uncover the story of Jews in Bollywood. We knew some of it but not as much as revealed in this article on the website My Jewish Learning:

Ms. Ezekiel, better known as her screen name Nadira, is reputed to be the first vamp of Bollywood. She was so successful that she was the first Indian actress (of any religion or background) to own a Rolls Royce. We knew her mainly for her role in Shree 420, one of the most iconic films in Bollywood, in which she persuades a bright young man to leave his girlfriend to join her network of corporate larceny.

The readership of our articles does include some affluent Jewish investors who probably know even more affluent Jewish people. Perhaps, they could circulate the appeal of the filmmaker, Danny Ben-Moshe within their network: