The FOMC statement came & went without much of an impact. It reaffirmed the intent to begin contracting the balance sheet. As usual, the FinTV experts kept discussing words used in the statement including the new word “somewhat”. We prefer to look at what the various asset classes did from 10 minutes prior to the FOMC statement to the close on Friday – The Dollar fell by 90 bps; yields along the 10-2 yr Treasury curve fell by about 3 bps while the 30-yr yield fell by 1.8 bps, a bull-steepening. Gold & Oil rose by more than 1% & all major stock indices, except the Dow, fell a little.

In reality, all the huffing & puffing of the Fed has had little impact on financial conditions: 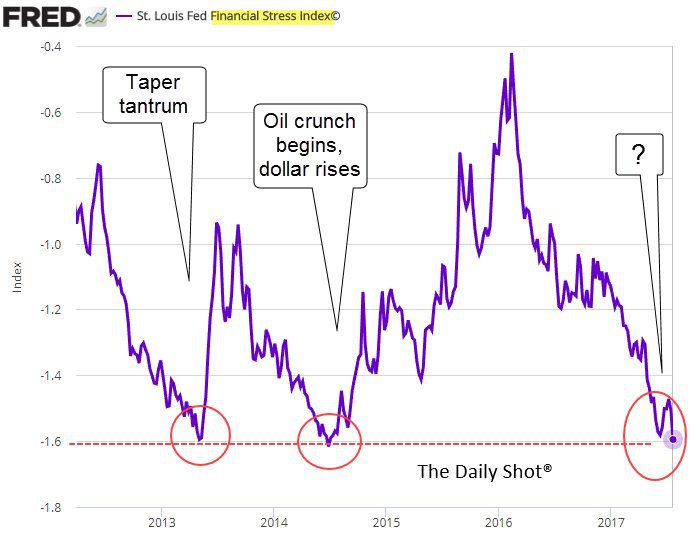 Does that mean the Dollar has to rise to remove liquidity from the system? If so, what is the current positioning in the Dollar? 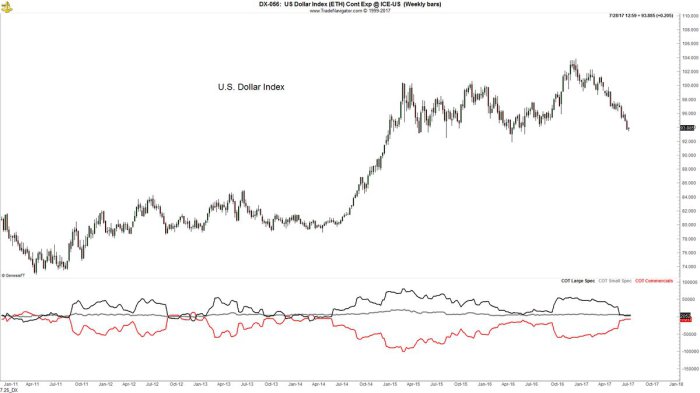 But what trigger could cause this positioning come into play? Last week we wondered if the FOMC statement could serve as a trigger. It didn’t. But others came around to the case of a Dollar rally this week including one who has been right recently on Rates, Silver & recently Oil. .

Like us, Carter Worth has been wrong in this call at least so far.

The only up day in the S&P this week was Tuesday, a day which saw Freeport explode to the upside by 14% and US Steel explode in the after-market by 10% after rising 2.5% during the day. Copper broke out to match the move in FCX. 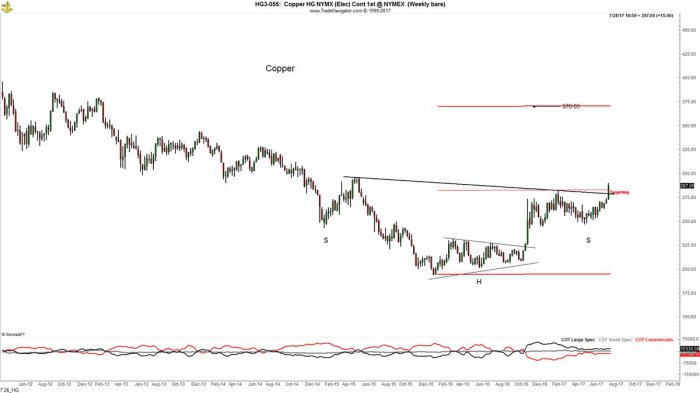 Copper & Freeport kept much of their rally into Friday’s close. But US Steel reversed very hard and closed down 15% from its Wednesday morning high and down 2.3% on the week.

Gold rallied as well but the Copper-Gold ratio went somewhat vertical this week. 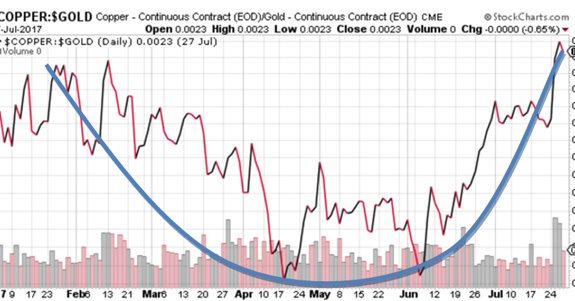 According to this favorite indicator of Jeffrey Gundlach, Treasury yields should be exploding upwards. And they kinda did on Tuesday with the 30-10 year part of the curve up 7.5 bps on the day. But yields began falling gently post Wednesday’s FOMC statement.

So what’s going on? Is the action in interest rates real or this market driven reflation trade for real? Is it money running out of FANG stocks into reflation stocks? Or is it as Larry McDonald asked in his Bear Traps Report – “did those ten “mad men” in a room in Beijing put too much pressure on the gas pedal this time?”

More & more smart, really smart, investors are coming forth to declare their caution & recommend it to others. The celebrated Howard Marks received the most attention & rightly so. But we were struck by what Roger McNamee said as he was rhapsodizing about the limitless opportunity for Facebook:

We still recall a conversation in late 1999 with a technology executive who was bemoaning his decision to sell his company to another company for a higher valuation rather than to Cisco Systems for a lower one. He told us he wished he had sold to Cisco because “CSCO stock was safe as a T-bill“. We remembered this conversation when we read the tweet below on Friday afternoon:

On the other hand, Lawrence McMillan of Option Strategist wrote on Friday:

But the Russell could be a different story: 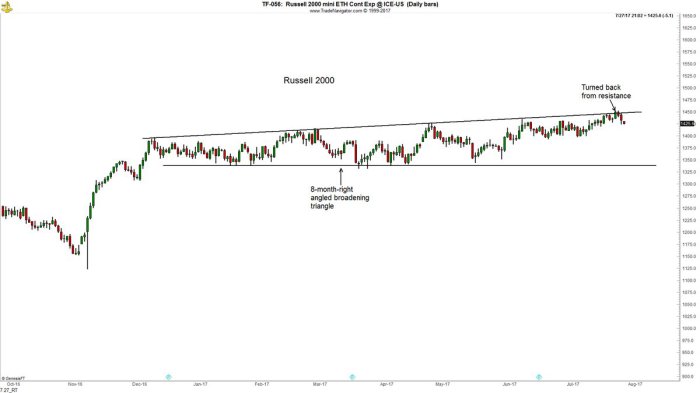 Last week we featured a tweet from Mark Newton about the breakdown in Transports. Well, DJT fell by 2.6% this week & by 3% just on Thursday. This looked oversold to some:

That is a big “if”, isn’t it? Remember the optimism in Transports when they hit a new all time high in the first week of July? Remember the Tall Tales and Transports article we featured on July 8, 2017 which warned – “the last 3 bear markets all saw Transports hitting new all-time highs just prior to the steepest losses”.

What about EM and the Dollar? 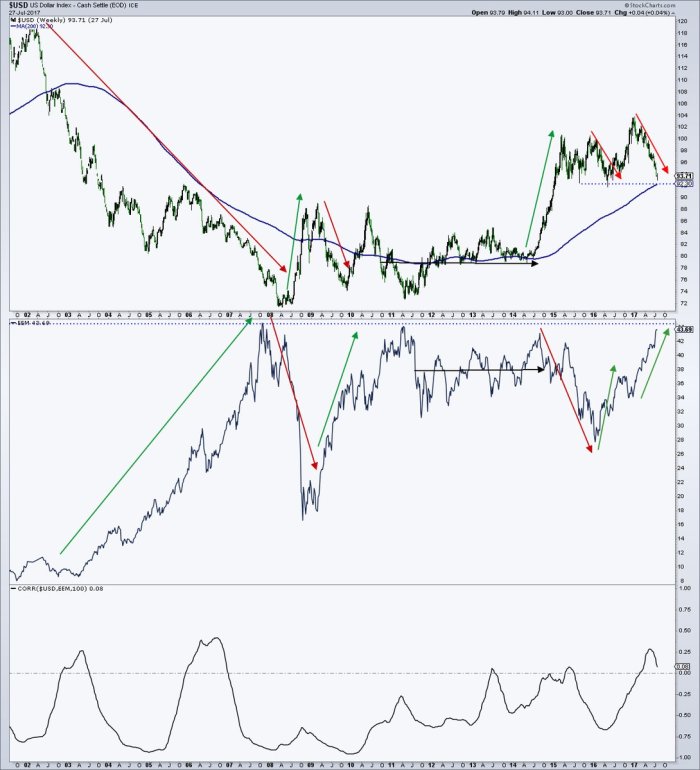 Gold was up 1.1% this week but the real action was in miners, especially the big guys with NEM up 7.8% & ABX up 4.4%. The performance of Gold drew some admirers this week: 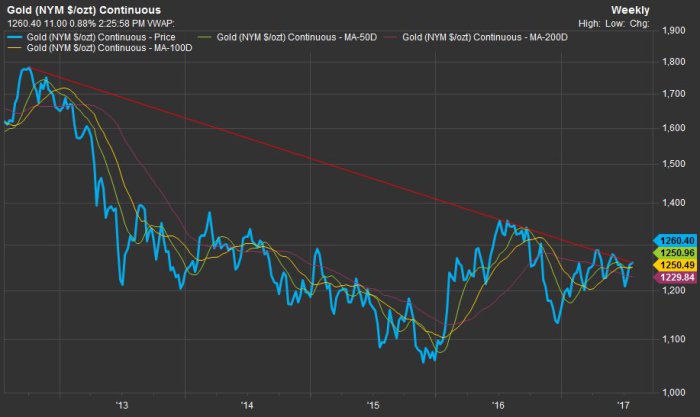 But Gundlach has liked Gold for some time. How about someone new & about Gold’s partner metal? 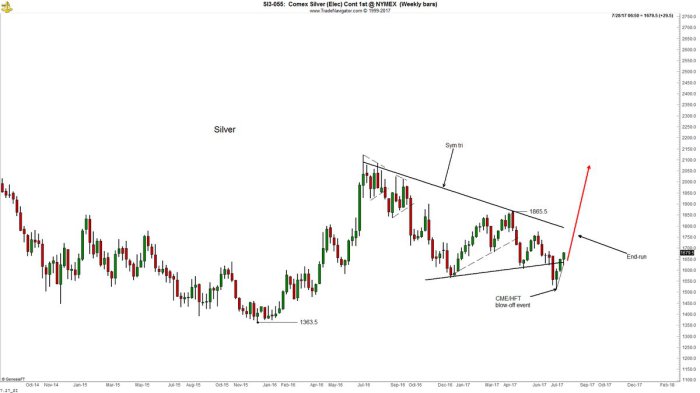 How about a skeptic looking anew? 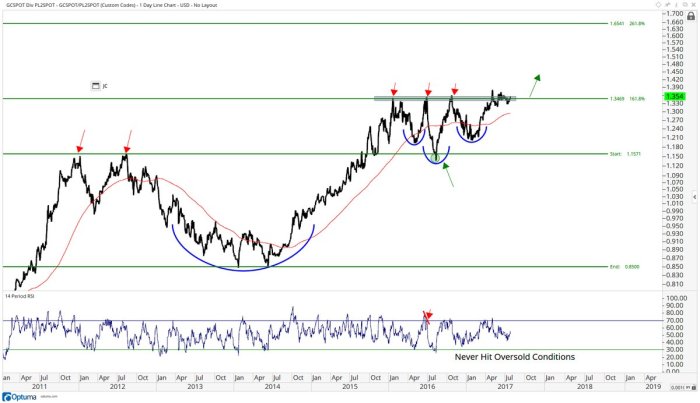 Oil was up huge this week, up over 8% in both USO & BNO. In fact, crude was up every single day this week and closed above its 200-day. What about resistance? 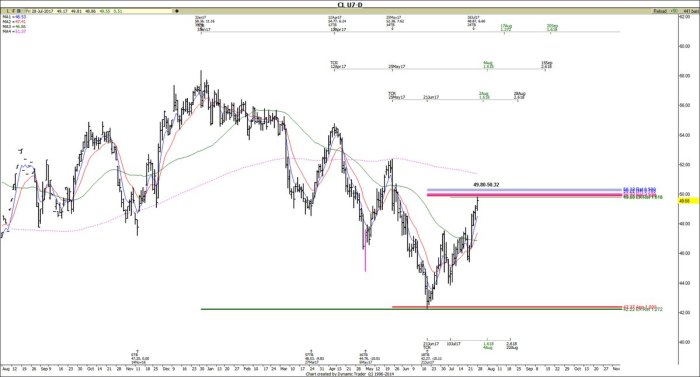 In contrast to Gold miners rallying much harder than Gold, Oil stocks badly underperformed crude this week. XLE was only up 2% & OIH was actually down 24 bps this week. And the biggest & baddest of them all was the worst performer: 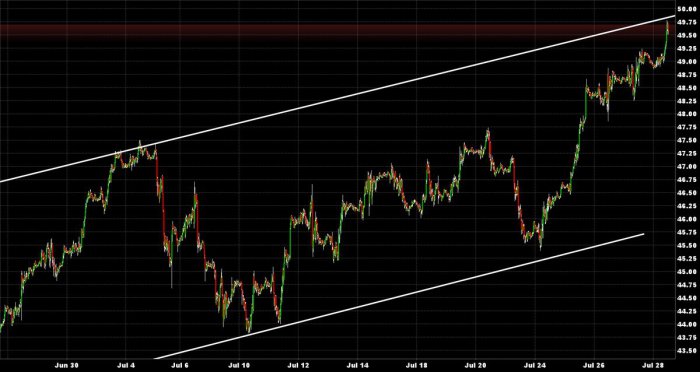 To repeat something we wrote on several occasions last year, watching the Trump campaign & now the Trump presidency has been a lot of fun. Great theater, great performances & above all great results, at least from Mr. Trump’s point of view. Look back to the campaign and you will notice major media eruptions, calls questioning sanity of Mr. Trump & declarations of melt up in the campaign. In every case, the media eruption was followed by higher quality & more professional hires followed by greater success.

Isn’t that what happened again? After a hyper-hyper media ventilation, what do we have? A far better & more respected John Kelly as Chief of Staff. Even Mr. Trump’s most strident critics ended up praising the hire & concentrated their negativity on whether he will succeed or more accurately when he would fail.

People forget that the chief, actually the only, strategist in the Trump campaign was Donald Trump himself. In the same way, the real White House Chief of Staff is & has always been President Trump. All others are specific to a job, a project, an assignment given by the President. This is one reason those who know him call him “transactional”.

Reince Priebus was instrumental in getting the GOP establishment to support & back Candidate Trump. Priebus marshalled all the resources of the GOP to make the Trump campaign better funded and better supported. That is why he was made Chief of Staff. His next job was to manage the GOP leadership to get the Trump agenda passed. The failure of the Senate Health Care bill on Thursday night ended the need for Priebus; he was no longer a major asset to the Trump Administration. He might be next year into the November election but not now.

Enter John Kelly to virtually universal acclaim. But ask what is the main job for General Kelly as White House Chief of Staff? What does he need to manage to get a huge win for America & the Trump Presidency? North Korea. When was he hired? The day after the successful launch of an ICBM by North Korea. As we wrote in our recent Fourth of July article, the USA has pretty much decided to wage war on North Korea. That decision, we believe, got ratified this Friday with the ICBM launch by North Korea.

This is a huge risk & a huge reward opportunity for the Trump presidency. It needs to be managed delicately, firmly, & with precision. You don’t need the GOP leadership for this; you need close cooperation with Secretary Mattis & the Pentagon. Recall the recent stories about how there are differences between Secretary Mattis & NSA McMaster. The same stories hinted that General Kelly was more on the side of Secretary Mattis than NSA McMaster.

His appointment as White House Chief of Staff puts the power of the presidency behind General Kelly in his management of the North Korean conflict and the Pentagon. His job is to get a big win for America & solve to North Korean mess once & for all. Frankly, there is nothing more momentous over the next year not even tax reform. So let us all wish the best of luck to General Kelly. We all need it.

Back to the communication eruption. Notice something very different about this episode vs. all the previous locker-room type eruptions? In all previous cases, the eruption that was necessary was done by Mr. Trump. This is the first time, Mr. Trump assigned another voice to trigger a communications eruption for him. And the Mooch did a great job. Every one was riveted on the locker room language, the intensity of emotion and the no holds barred attack on Priebus. No one talked about anything else after the New Yorker story broke. CNN/MSNBC went nuts shouting about the dysfunction in the Trump White House.

What a perfect setup to announce the appointment of General Kelly as the new Chief of Staff? And that set up was manufactured by the Mooch either intentionally or naturally. Throughout the campaign we had argued for a media hit team to take the pressure off of Mr. Trump. He found one in the Mooch and it worked beautifully.

What about Sessions? He has promised to reveal his actions against leaks within the FBI next week. The House Judiciary committee has asked for a Special Counsel to investigate the Clinton mess, Lynch & Comey. Will the GOP leadership in the Senate & the House back this request? And will AG Sessions “reluctantly” agree to appoint such a Special Counsel in view of the evidence presented & in deference to the wishes  of the Republican leadership who backed him? If he does, then it would be a yuuge win for President Trump.

Then would we wonder whether Mr. Trump’s public criticism of AG Sessions was really intended to scare the GOP leadership in to putting pressure on AG Sessions and providing him cover for what President Trump wants him to do?