As we wrote last week, “we have developed a healthy contempt towards the “work” American Think Tanks do about India“. Why? Because their “work” is mainly “directed towards making India the way they want it to be“. We added:

Guess what? Within a week of writing that, we found a counterexample – a work on India that presents India’s outlook towards India and the World from an objective historically & societally consistent perspective. It is a “work” that demonstrates studiously how India’s outlook has remained consistent from the days of Chanakya (370-238 BCE) to today.

It is the work of Dr. Aparna Pande, a director at the Hudson Institute in Washington DC. Her book titled From Chanakya To Modi is important because it presents the essence of India’s outlook to a non-Indian audience. Most people in the world tend to look at India from a British-inherited view and dismiss India’s past as long lost & irrelevant as they dismiss the past of Greece, Rome and Egypt. They should read this book to see how today’s Indian outlook is essentially the same as the one that prevailed in the pre-Alexander era and how this outlook has remained steadfast during the transformations of the last two millennia. 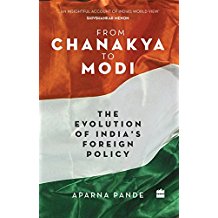 Dr. Pande terms this consistent outlook as Indian Exceptionalism. What does this mean? Dr. Pande writes:

These are not just heady dreams of India’s elite, but:

Dr. Pande demonstrates that this self-view of India remained steadfast even during the nadir of the dark days of the economic plunder & barbaric occupation by the British. In fact, this conviction was one of the driving forces of the leaders of the Freedom movement:

India that emerged from the British occupation was a developing country with limited economic and military potential. But Indian leaders were not deterred and had the boldness to proclaim India’s true role.

This, as we all know, has turned out to be true. Among all the nations that emerged from the yoke of European occupation in Africa, Asia and Latin America, India and only India has broken out as a confident land, a power that is now being accepted for it has become and for what it might soon be.

Part of this is the geography of India and what it bestows on those who run it. No one understood it more than the British, as Dr. Pande demonstrates:

What is so unique about India’s geography?

What is geography but for its people? And what are people but for their ideas?

It is sometimes hard to figure out whether Indian leaders made Indian ideas or Indian ideas made Indian leaders. But there is no doubt that great Indian individuals transmitted Indian ideas to the entire world and became successful because of the transmission. The best modern example is Mahatma Gandhi. Even today, the first Indian that comes to mind of the world is Gandhi. After his assassination in 1948, the baton was handed to Nehru. How important was Nehru? Dr. Pande points out that:

In her chapter titled Ideas and Individuals, Dr. Pande traces the evolution of India’s foreign policy from Nehru to Modi. Through out this journey with prime ministers of different backgrounds and different orientations, India’s foreign policy has remained consistent. And route has also been the same – “the primary objective of Indian foreign policy is to create a global environment that ensures India’s economic development“.

Not just economic but military as well. And India’s proclaimed role as beacon to other developing countries was a tactic as well as a core idea. Dr. Pande explains:

Moving forward to Narendra Modi, Dr. Pande explains that “Modi’s foreign policy still has much in common with Nehru’s, though he envisions a more powerful India than its first prime minister. Modi’s methods are different as well – “Unlike Nehru, he does not seek stature for India solely through speeches in international forums … He actively pursues economic partnerships and investments … “.

The surprising thread that links the different approaches and orientations of this long series of Indian prime ministers goes back to a major figure during & after the invasion of the Indus valley by Alexander of Macedon. That figure was Vishnu-Gupt Chanakya (the descendant of Chanak), who was often described as Kautilya, the master practitioner of Kutil-Neeti or deep (including devious) statecraft.

Why does Dr. Pande title her book on modern India’s foreign policy as “From Chanakya”?

Moving to his grandson and a later Prime Minister, Dr. Pande tells us – “Interestingly, Rajiv cites Kautilya and justified SAARC on the grounds that the Arthashastra spoke of the importance of having friendly neighbours“.

There is no need for Dr. Pande to point out the influence Chanakya has had on Prime Minister Modi. He himself demonstrates that in his speeches & in his actions.

Who then was Chanakya for those who don’t know of him? Dr. Pande writes:

Actually, Dr. Pande does him injustice. Chanakya is not famous or well followed merely for his great treatise. He was a practitioner who was instrumental as the strategist and driver of both the revolt in the Indus Valley against Alexander’s invasion and the use of that invasion to unite all of North India under the strong federal rule of a Chakra-Vartin, a central sovereign.

Vishnu-Gupt Chanakya was an Aacharya of statecraft (sometimes referred to today as political science) at Taksha-Shila, the great university of that era located in what is Taxila in today’s Na-Pakistan (see map below). The prince of Taksha-Shila invited Alexander to his princedom to help the prince defeat his rival, a greater king named Parvatesh-var (referred to by Greeks as Porus). The defeat of Parvateshvar by Alexander opened the door to the Indus valley for Alexander.

Chanakya saw this act of selfish treason by his prince as potential destruction of India and began leading a revolt against Alexander. His vision was to unite all the Indian Jan-pad (republics) against Alexander and for that he needed the dominant Indian kingdom of Magadh, located 1,146 miles away in Paatali-Putra (today’s Patna). Magadh first ignored & then banished him. Chanakya realized that he needed to overthrow the Nanda dynasty that ruled Magadh and then use the strength of Magadh to unite North India. It was a ginormous ambition and he succeeded with the help of and partnership with Chandra-Gupt, a 19-year old young warrior.

The rest is history. Under the military leadership of Chandra-Gupt, Alexander’s army suffered the same fate that Napoleon’s grand army suffered in its retreat from Russia. The existing Nanda empire collapsed from within and Chandra-Gupt became the king of Magadh at the age of twenty. He  went on to establish the great Maurya empire that spanned all of today’s India, NaPakistan and parts of today’s Iran (see map below that is based on Jain texts). 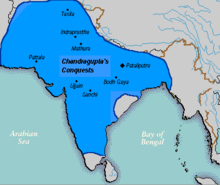 Vishnu-Gupt Chanakya retired to write a book that encompassed all previous works on economy & statecraft that were already being lost. That compilation of works of Indian scholars from his antiquity, he named as Artha-Shastra, the science of economics & statecraft.

The enormity of Chanakya’s ambition, his stunning success in uniting all of North India (that included today’s Na-Pakistan) and the resultant great Mauryan empire is why he is revered and followed to this day. That should explain why his Artha-Shastra remains the book that every Indian prime minister quotes and tries to follow.

Chandra-Gupt’s grandson, Ashok, became one of the greatest emperors of world history and the second most important man in Buddhist history. H.G. Wells (1866-1946) called Ashok as “greatest of kings” and termed his reign as “one of the brightest interludes in the troubled history of mankind“. Ashok’s chakra adorns the center of the Indian flag, a testimony to the continuity of India’s world outlook and foreign policy since the days of Alexander. 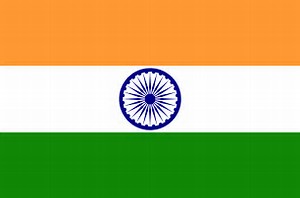 Once you know this, you should wonder why every book of India’s foreign policy does not begin with Chanakya. This thought alone should make you get Dr. Pande’s book From Chanakya To Modi. It is a must read for any student of Indian policy.