The first four days were just great. Forget Dr. Pangloss. He was too restrained in his optimism. It was a melt up with stocks up & up, rates up & up with the Dollar up and Gold down & down. The first days were like … they were so good that we can’t even think of a suitable metaphor. So good that we didn’t even see anyone talk of exhaustion, DeMarkian or otherwise.

Then came Friday with its Nonfarm Payrolls number that we couldn’t comprehend. Later on, we realized that we were not the only ones.

But the markets got it instantly or at least reacted as if they got in instantly. Dollar spiked and rates shot up. The highest shoot up was in the 5-year which rose 5 bps to 1.97%. The 10-year was next with yields touching 2.40%. But later in the morning, the markets seemed to hear Bespoke’s message. Look what happened then:

The US Dollar actually closed lower on Friday. Treasury yields gave up a chunk of their big early morning rally but still closed up. The clearest move on Friday came from Gold.

Will Friday’s semi-reversals of early morning action be just a one day event or will it last awhile?

The only flags we understand are the national ones. Other are smarter: 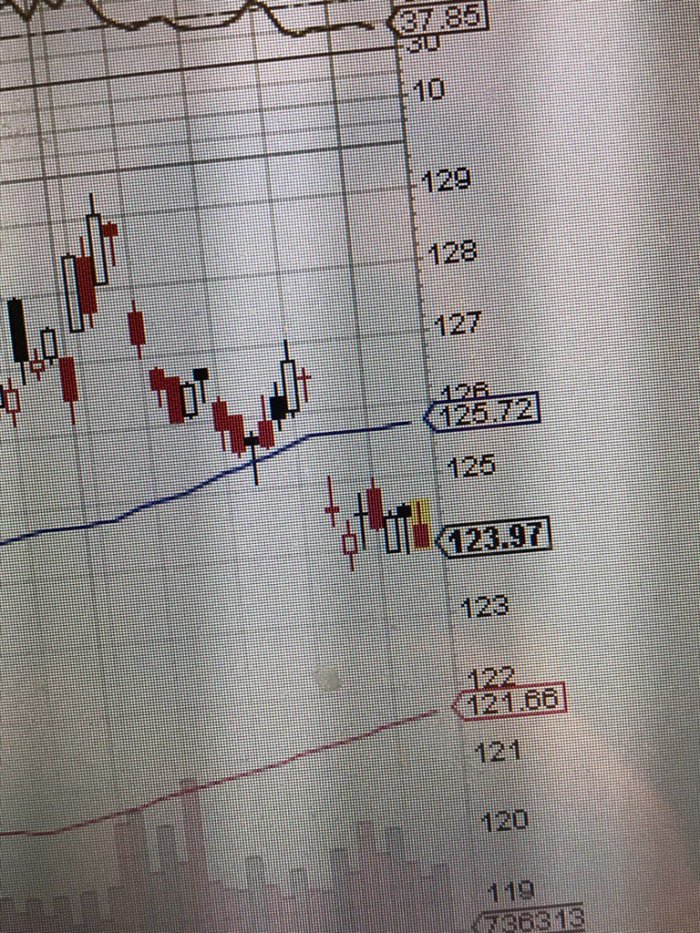 HSBC’s Steven Major answered early morning on Friday on BTV Surveillance. Speaking ahead of the NFP number, he said an outlier NFP number would not matter much. He doesn’t see the 10-year yield rising above 2.5% and argues Treasury yields are headed down.

We don’t know what Gundlach thinks of positioning in Treasuries, especially of the JP Morgan kind: 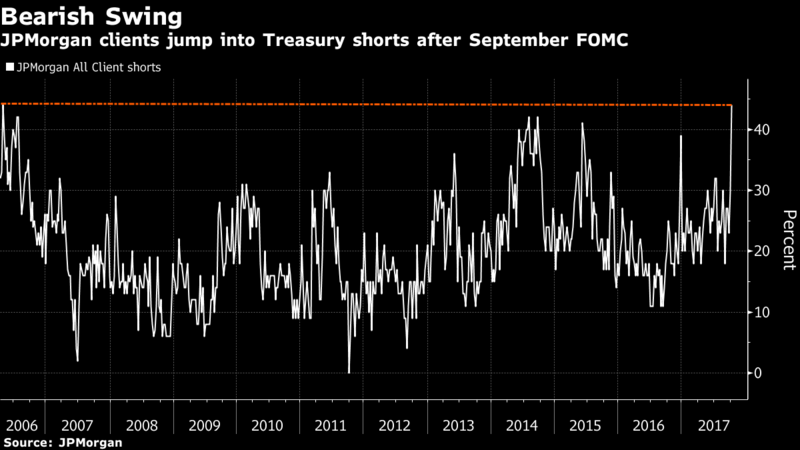 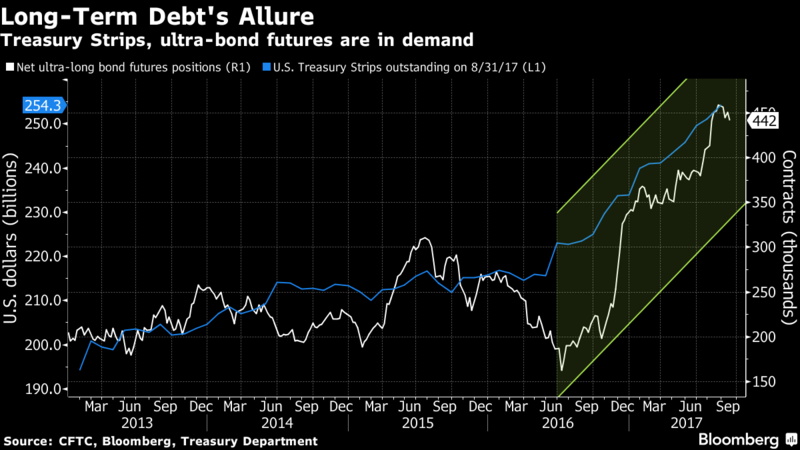 This may explain why the 30-year has been much better behaved compared to the intermediate & short maturities.

What Treasury rates do from here may not matter to US stock indices given the momentum behind them & the allure of the year-end rally. But it should matter a lot to sector performance, especially to the chasm below:

Clearly the sentiment indicators for stocks are in love for ever territory. Not only is this a concern but also are valuation comparisons to 2000 & 2007. But there are some differences as well: 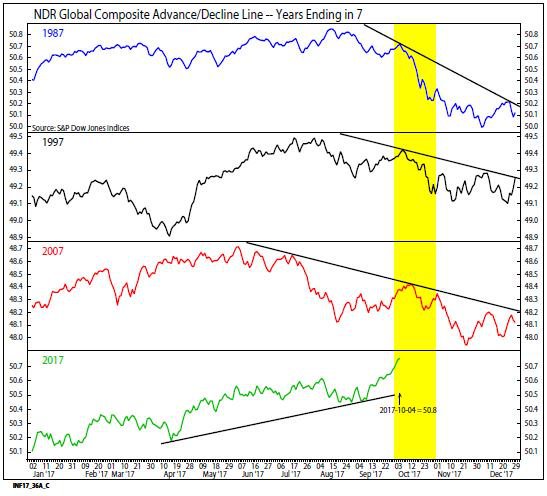 Since prices are mainly a function of demand vs. supply: 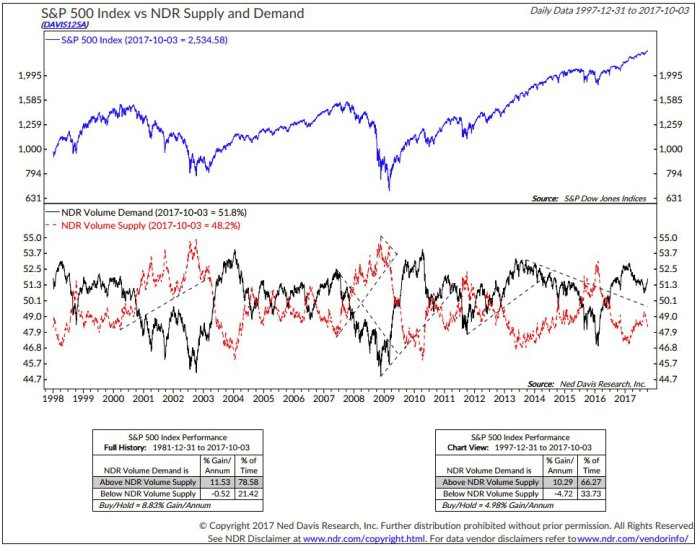 CNN’s Fear and Greed index reached 96 this week. Some wrote sarcastically that it has 4 more to go before it hits 100. But what happened when this index was higher than today?

VIX is way low, actually the lowest it has been. But is that a false measurement? If so, is there still time to sell puts? WisdomTree said yes this week and pointed to the chart below: 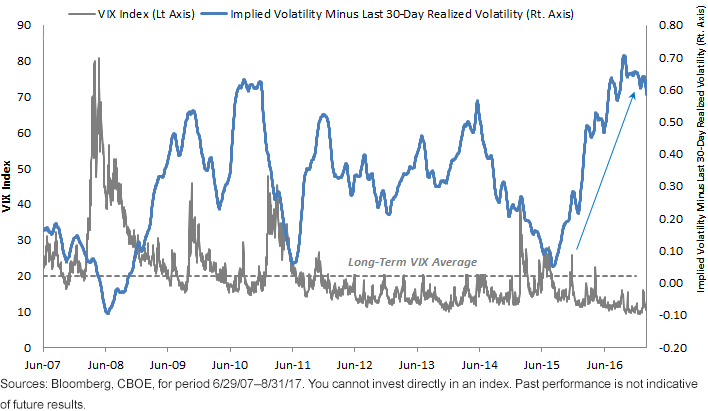 More than one guru spoke on TV about one final rally before the end of this cycle. One diagrammed it: 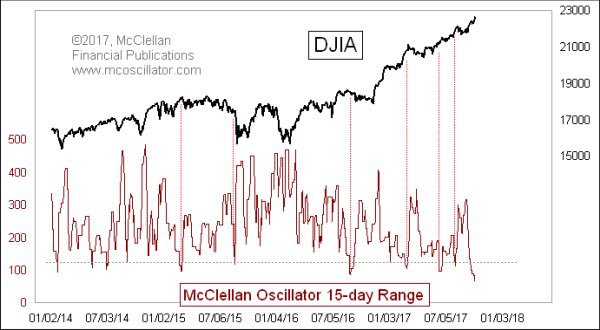 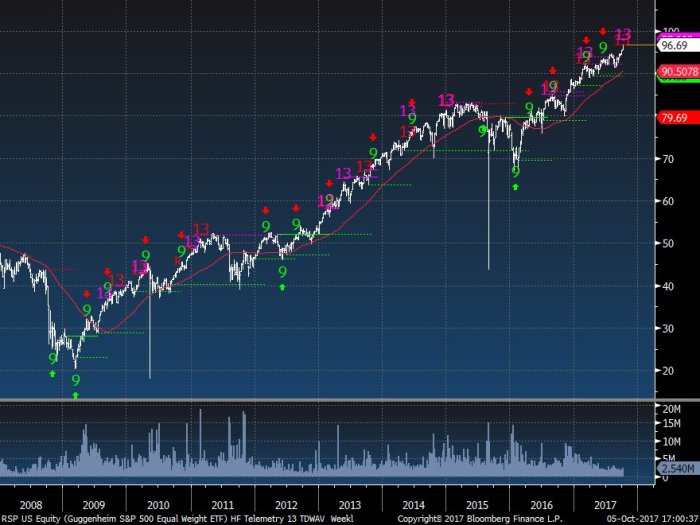 What might you do if you concur with the risk now school? Listen to Mark Newton, perhaps? 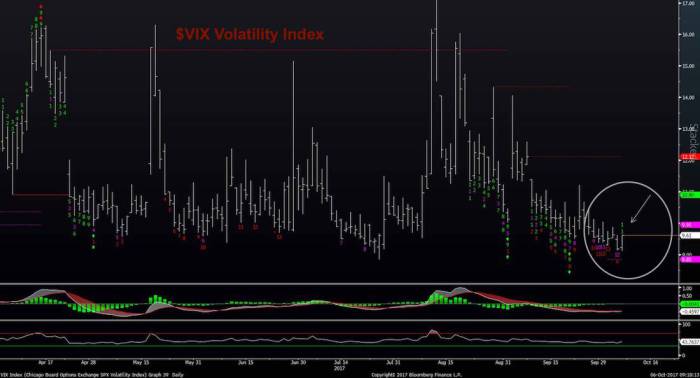 Two weeks ago (section 4), we discussed the reasons for the current slowdown in the Indian economy and the opportunity it might present to tactical buyers. This week we wrote about it in more detail in our adjacent article Economic Panic in India; Is That An Opportunity Again?

As we said before, Gold showed the clearest reversal of the post-NFP action on Friday. And it closed the week at an interesting point: 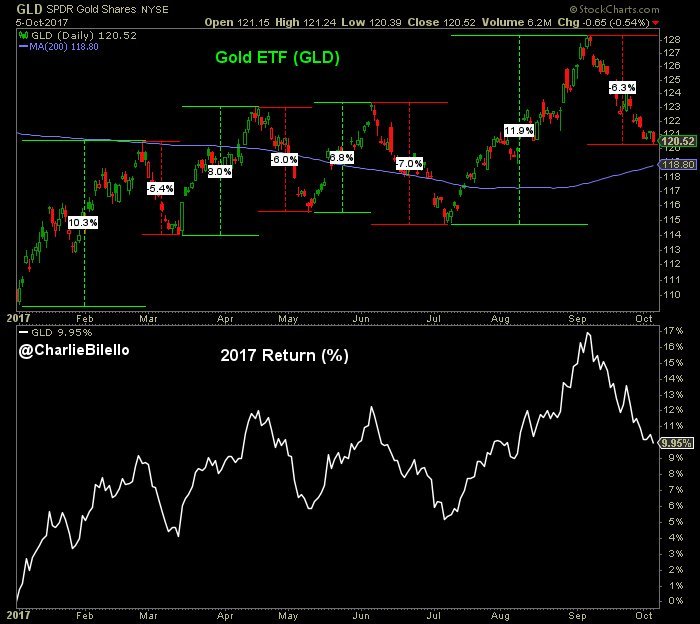 Rare agreement between a technician and a macro predictor? 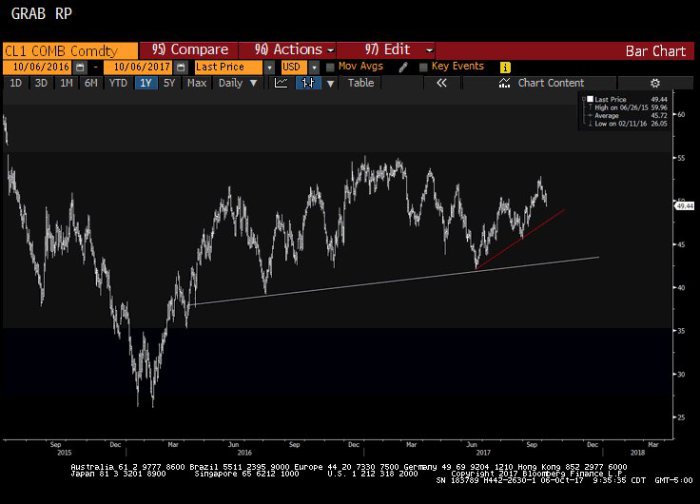 Sounds contrary, doesn’t it? Not when the always erudite Dr. El-Erian uses his lens in addition to his mind. Lovely! 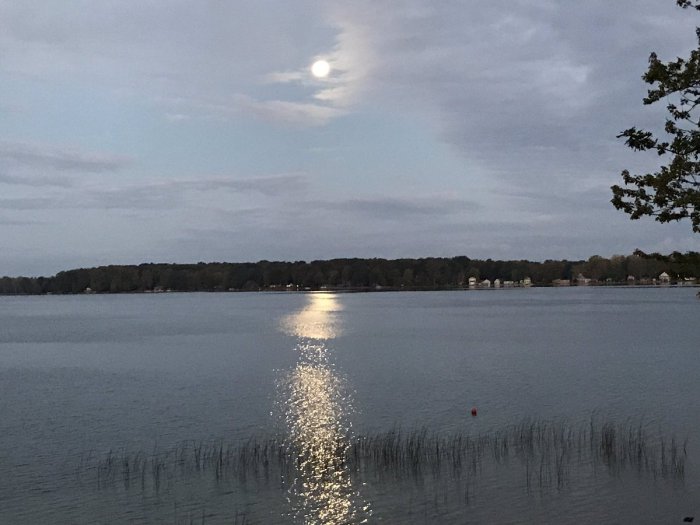