No, it is not the stock market. It is the 2-year yield. Since September 7, the Thursday before Irma, the two year yield has had one direction – relentlessly up. Neither Draghi nor the Fed has been able to arrest this force. Naturally it is dragging the entire belly higher including the 5-year yield. The Great Gundlach gave voice to this on Friday:

Why not blame the Fed for this 2-year move? Because the 3-2 year yield spread, Gundlach’s favorite indicator, is only up 2 bps after this entire move from Thursday, September 7.

On the other hand, the 30-10 year yield spread, the purest measure of inflation expectations, has flattened as if gripped by a python. It has flattened from 62 bps on September 7 to 48 bps on Friday. This bothers us because, in our experience, 50 bps has been the threshold for an end to a sustained yield collapse as it was in December 2008.

We wonder whether the inexorable rise in the 2-year yield is suggesting a squeeze on excess liquidity. We have pushed aside these misgivings until now because credit was holding up and as long as credit holds up, misgivings don’t matter much. But then, 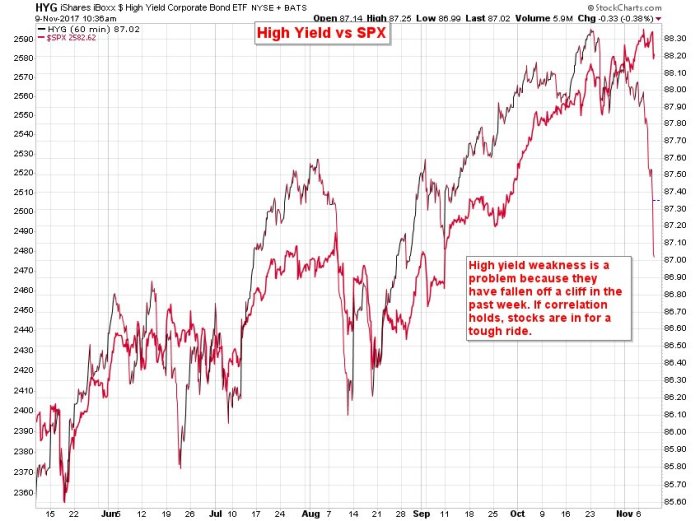 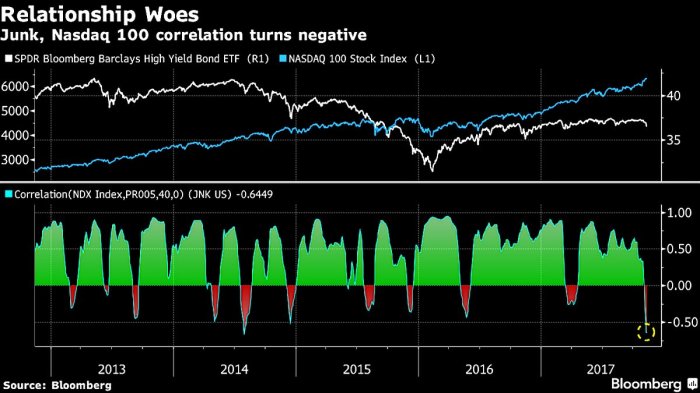 Despite weeks of going up, despite rates rising & credit falling, the stock market keeps holding up & possibly working off some of its overbought condition. Look what our lying eyes as well as those of others saw on Thursday and Friday:

Others seem to have some of the misgivings we have but …

And seasonality with statistics suggests higher returns by year-end:

But we did sense a loss of momentum last week. This week the daily sentiment index tracked by @TommyThorton showed it graphically:

When we do get a correction, how bad could it be? Some said not so much on Fin TV. Another view is more dire:

Not all are so worried or have misgivings:

Did the big fall in Gold on Friday have anything to do with Treasury yields shooting up? Where does that correlation stand? 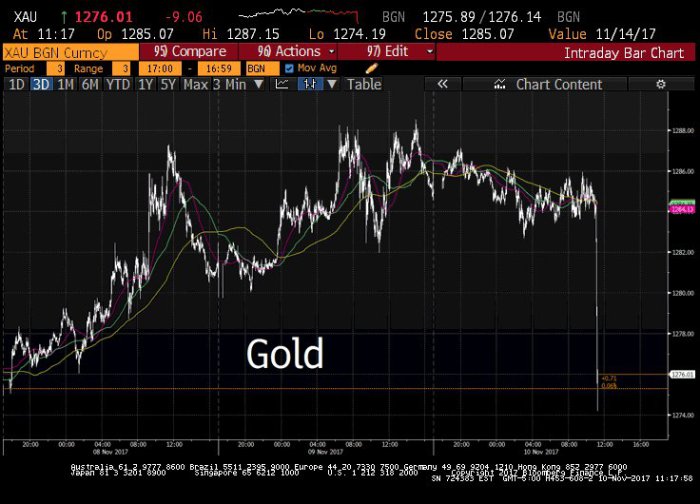 The drop seems to have persuaded Greg Harmon of Dragonfly capital to write on Friday Why Gold is headed higher? 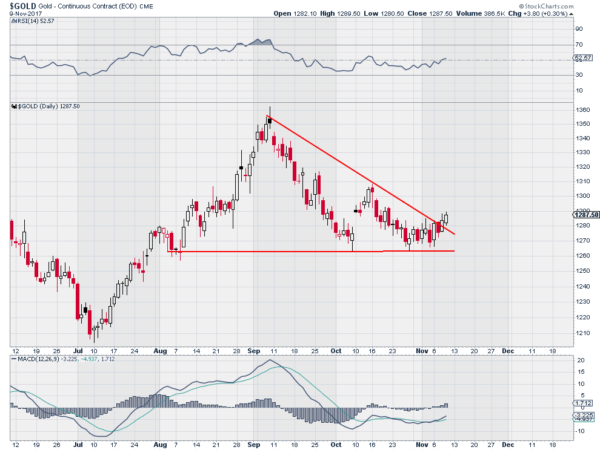 On this Veteran’s Day, isn’t it important to know What is a Veteran?