Six days ago on November 12, 2017, the New York Times published an opinion by a Muslim grad student about the Indian Sadi (phonetically Saadee), or Sari as the British called it. As an opinion, it was a reasonably well-argued piece despite being both trivially dumb & false.

Asgar Qadri, the Muslim grad student, tried to manufacture evidence to fit his thesis that the objective of the Modi government “has been to produce a popular fashion aesthetic that matches the broader political program of Hindu nationalism.” Qadri took direct aim at Minister Smriti (phonetically Smruti) Irani & wrote the “… project of Indianizing popular fashion is now in the hands of the country’s textile minister, Smriti Irani, who was appointed in July 2016.” 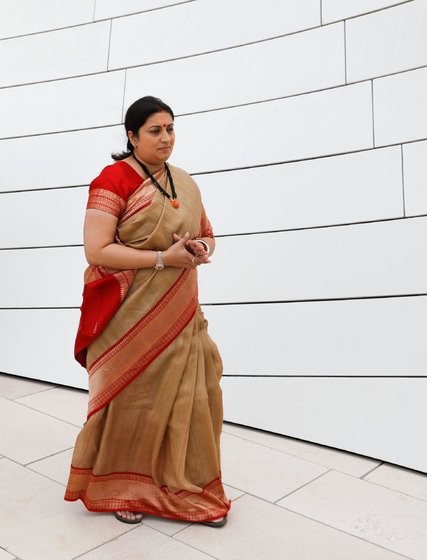 And Indian Twitterati went wild. They used the worst epithet they could imagine against the New York Times – “Stupid”. The use of that epithet comes from their own conviction that Indians are very intelligent while Americans are rich but dumb. They forget that Indians have initially called every single foreign invader as “dumb” or “stupid” before losing to them and becoming their occupied serfs.

Another Indian characteristic is to always “kick below & lick above“, the terms below & above meaning both social strata & power. Accordingly, the Indian Twitterati focused their attacks on the article alone. No one we read attacked the real culprit behind the article – those who took the decision to publish this made-to- fit opinion, the Editors of the New York Times. The NYT Editors are not dumb people; they knew exactly what they were doing. But no Indian, either on Twitter or in print, questioned the motives of NYT Editors.

Then we saw the veteran & smart Barkha Dutt do the same on Twitter. That was too much and we tweeted a reply to her:

Remember our question was “why smart @NYT editors published it?”, the “it” being the opinion of a Muslim grad student about Hindu women’s choice of a garment called a sari. What questions would anyone have the moment they see this simple line? Perhaps like the ones below?

Having asked the last question, let us tell you our answer. Unlike Barkha Dutt, we do have a long track record of questioning & criticizing NYT Editors. What track record you ask? Simply type “Editors” in the search field of this Blog’s home page, click the Search button & see for yourselves.

Read the Muslim student’s opinion in NYT carefully and you will see that the main thread of the article is to separate “Hindu” practices from what India should be & become. This is gently and even subliminally couched but it is evident once you look for it. This, folks, is the fervent opinion and cherished goal of NYT Editors, just the way it was of British colonial rulers.

Look back to the British colonial era & read the opinions of Macaulay, Mill, Kipling, Cherwell & Winston Churchill, to name a few. You will see their determined pursuit to diminish & hopefully eradicate eventually the “Hindu” ethos of India. Churchill expressed it best when he said “Hindus are a beastly people with a beastly religion“.

The NYT Editors share the same opinion as colonial British intellectuals. Check and you will see that the NYT Editors were brought studying Mill, Macaulay, reading Kipling & worshiping Churchill. Ten years ago, the NYT Editors used to express their Religious Apartheid against Hindus openly. Now they don’t do so with that impunity. So now they publish, under the pretext of open exchange of views, laughable conclusions by a young Muslim grad student about the Modi government “promoting” use of sadis, a garment that has been worn by Indian women for centuries.

Look at the diversity of color, texture & pattern in sadees worn by women across India. 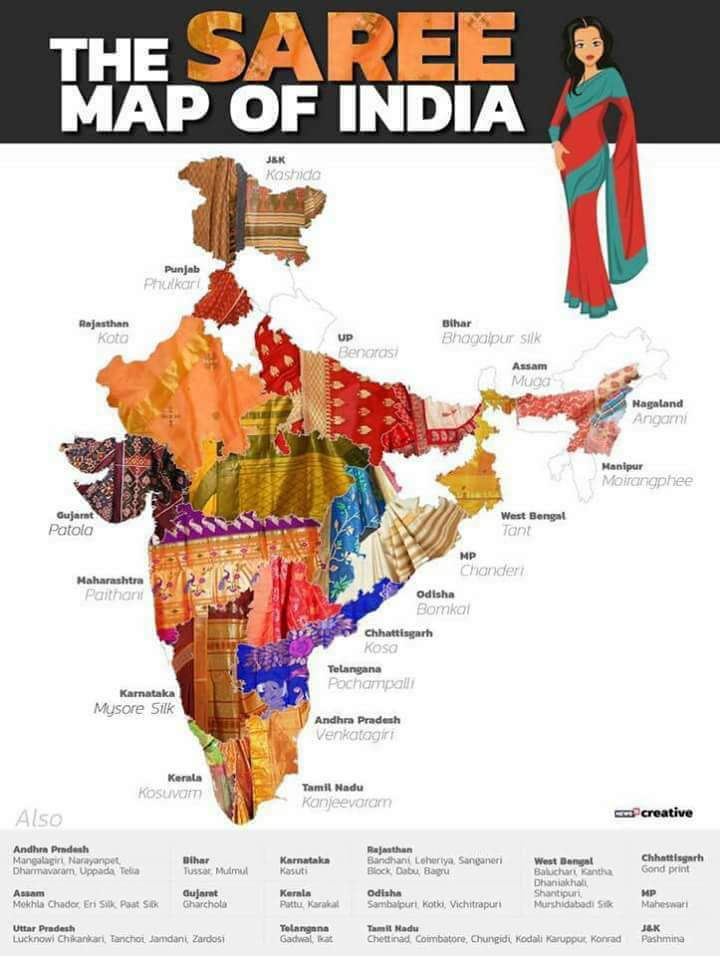 Is this diversity because of a uniform insistence by the Modi Government? Who but a bigot would argue so?

The above saree-map reminds us of the “sari search” of MaryKay Loss Carlson, then America’s Chargé d’Affaires in Delhi. She asked Indians to vote on which type of sadi she should wear for India’s Independence Day celebration. Read her tweet of August 3, 2017 below. 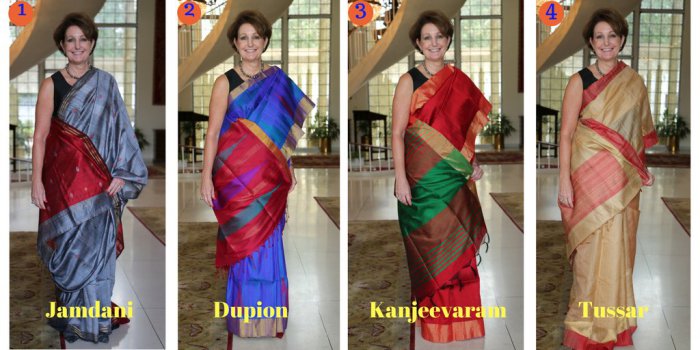 That sadi search showed a sensitive & deft diplomatic touch. Surely, NYT Editors remember that. At least, the India Bureau of NYT remembers that.

Given all of this, ignorance or lack of knowledge was the not reason for NYT Editors to publish the opinion by the young Muslim grad student. It was deliberately published to make a gentle & subliminal case that the Modi Government is trying to force Hindu fashion on India.

The above is how we looked at the Qadri-NYT opinion. But we are simple folks. We are not veterans like Barkha Dutt. So we were eager to read how Barkha Dutt criticized NYT Editors in her article, as she claimed to have done so on Twitter.

Frankly, it was a decent article. Barkha ridiculed a key aspect of the Qadri-NYT message –

She also dismissed the notion of a role by Modi Government:

But, like other Indian writers, Barkha’s rebuttal is focused on the Qadri article and not on the decision by NYT Editors to publish a “rubbish” piece that they knew to be ridiculously false. Barkha addressed the editorial issue in only one paragraph of her 11-paragraph article. And even that criticism was one dimensional, the dimension being one that the NYT Editors would concur with:

With respect, Barkha is either innocently ignorant of editorial control or is deliberately feigning ignorance! And after a long career with NDTV, surely Barkha is well aware that Editors routinely purge articles of anything that goes against their objectives or pre-conceived notions. Why would NYT Editors allow inconvenient comments by Muslim women in an article designed as a hit piece on “Hindu” agenda of Modi Government? Aside from this one issue, Barkha did not venture into deeper criticism of the grossly wrong decision of NYT Editors to publish the Qadri-NYT opinion.

But we don’t wish to be too hard on Barkha Dutt and the obvious omissions in her criticism of NYT Editors. You see, we are simple folks who don’t have anything to gain from NYT. We don’t write for money or for any favors from NYT or any other media entity. We write for the love of analysis and to persuade media entities like the New York Times to desist from their anti-Hindu religious apartheid.

In contrast, Barkha Dutt’s business is speaking & writing. That is how she had made her fortune, mainly from corporate media entities like NDTV. Today, she writes for the Washington Post. Tomorrow she might want to write for the New York Times, a bigger & more elite newspaper. She might have her sights on building her own US franchise, as Bollywood’s Priyanka Chopra has done. So, unlike us, Barkha cannot afford to make enemies of NYT Editors.

May be that is why Barkha Dutt went out of her way to heap effusive praise on Ellen Barry, the previous India Bureau chief of NYT.  She described Ellen Barry in her article as one “who captured the zeitgeist of India brilliantly“. Come on, Barkha! You didn’t have suck up so much.

In any case, we are happy to see the smart veteran Barkha Dutt step up and defend India & Indian practices against western attacks. Hopefully she will keep doing so and become better & more forceful in future.

Welcome to our side, Barkha!