Go back in time and you will see that greatest geographical discoveries of humankind have been deep sea ports with easy links to the mainland. Singapore is the first name that comes to mind. It sits at the other end of the Malacca Straits, that narrow waterway through which 25% of world’s traded goods flow. It was first built by early Indian navies when Southeast Asia was in the Indian sphere of influence. Sinha means lion and pur/pore means city. So the original Indian name Sinha-pur means city of Lions.

No one built a greater global navy than 18-19th century British. They rebuilt the Sinha-pur that had been destroyed by Portuguese and renamed it Singapore. The British did not stop there. They settled on an obscure outpost of China called Hong Kong. They made Hong Kong the main port of the British Navy in China and the inlet to trade with China.

In a great wedding gift, the Portuguese gifted to the British a small insignificant port on India’s western coast called Mumbabai. They developed it into a major naval base and a base for their trade to & from India. Today, Mumbai is the financial & media capital of India as well as the base of the Western Naval Command of the Indian Navy. 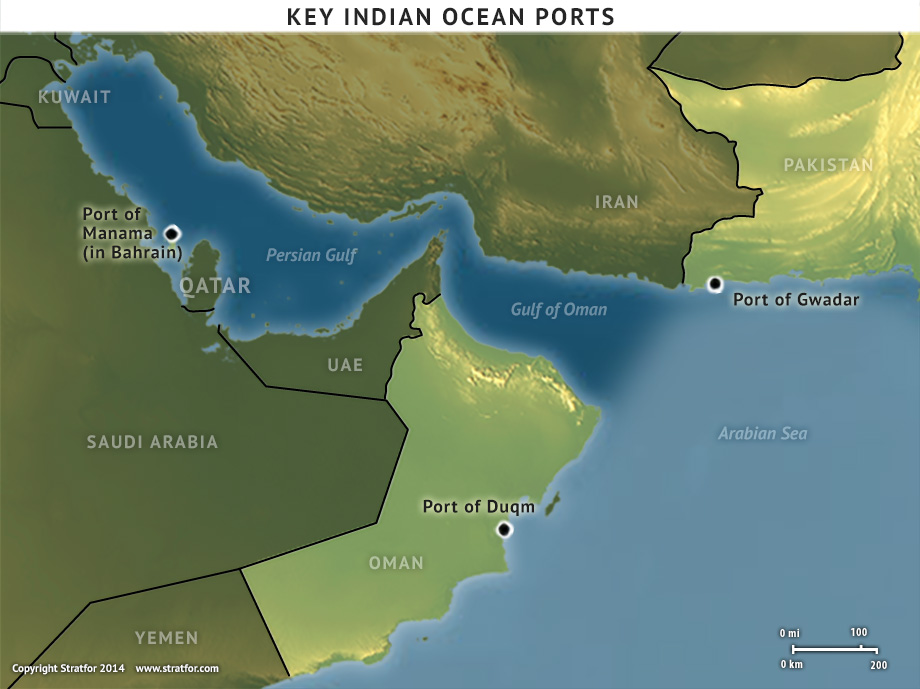 Read what Robert Kaplan, author of Monsoon, wrote four years ago in April 2014 in his article The Indian Ocean World Order:

There was a reason Kaplan focused on Duqm. As he wrote then:

Look at the map above and see how hemmed in is the huge US naval base in Bahrain. As Kaplan wrote in 2014:

But Kaplan’s 2014 view of Duqm was rational but limited as we wrote in our own article in April 2014 titled A 21st Century Singapore? The Next Great American OutReach?

Expand the map and see where Duqm sits in the increasingly crowded & competitive Indian Ocean:

Duqm sits directly across the Arabian Sea from Mumbai & India’s western coast that is on a fast growth path. The yellow star inside Iran is the new port of Chabahar that we described as the New Kingmaker for Indian Ocean Trade in May 2016. Oman is building a strategic oil reserve facility at Ras Markaz near Duqm. India is also pitching to Oman, a second strategic oil reserve facility in India along the lines of India’s oil reserve deal with UAE.

If and when Iran improves its relations with US, the triangle of Chabahar, Duqm and India’s western coast can in itself be a major growth triangle centered on energy infrastructure. 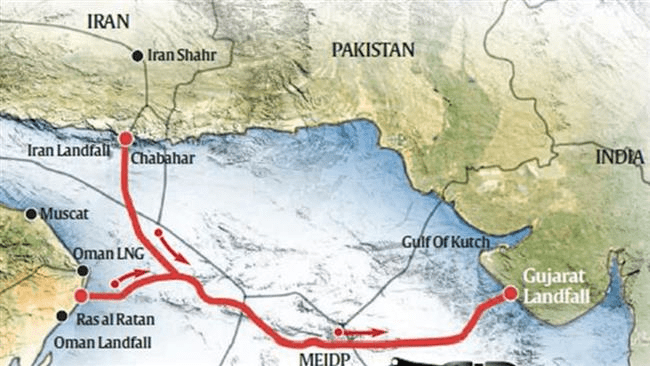 The scale of development in Duqm could be momentous. With 80 km of virginal coastline allocated to Duqm, it could become bigger than Bahrain & Singapore.

While Mumbai, Singapore, Hong Kong all became major commercial centers, their raison d’être was military. Duqm is no different. Its principal attraction today is as a naval base for friendly navies to use it both as a port of call & as a base for supply & reserve services. In his April 2014 article, Robert Kaplan only focused on US Navy using Duqm to become a true Indian Ocean Navy. That is another reason, back then, we termed Kaplan’s vision as rational but limited. Look what happened this week.

This week, India & Oman finalized an agreement to grant India access to Duqm. Under terms disclosed in an article in the Indian Express, “the Indian Navy will be able to use the port for logistics and support, allowing it to sustain long-term operations in the western Indian Ocean, a hotspot for piracy in the area. According to the Indian Express, a dry dock will be available to the Indian Navy at Duqm as well, allowing for maintenance without returning vessels to India-based shipyards“. 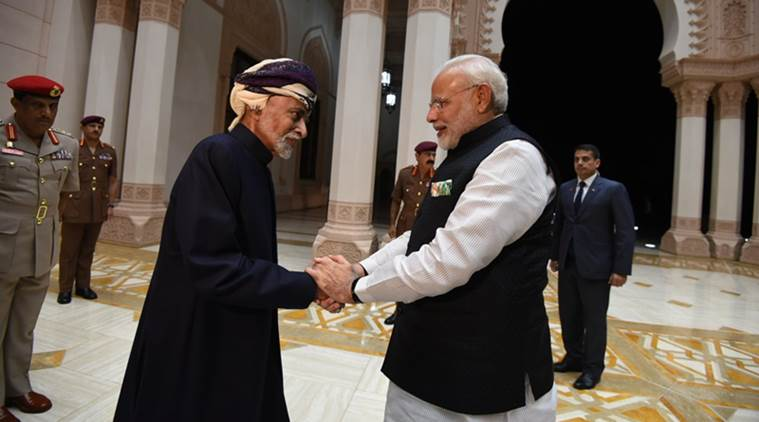 According to the Indian Express article, the Indian Navy has been using Duqm recently.

With this formal access to Duqm, an article in The Diplomat points out:

Look at the Google map in Section 2 above and you will see that the line between Duqm & Mumbai could act as a barrier between the two ports China is helping to build in the Arabian Sea – Gwadar in NaPakistan and Dijbouti in Ethiopia. Not just Mumbai of course but the entire network of defense facilities on India’s western coast including Karwar, reportedly the world’s largest naval base east of the Suez Canal, a base that will host India’s aircraft carrier task force.