1.Break above on Friday afternoon?

Last week, we wrote about the need for the S&P to break above its 20-day moving average and why that might not be so easy because of the congestion above. We saw that for the first 4.5 days of this week. Some people seemed to give up on Friday afternoon: 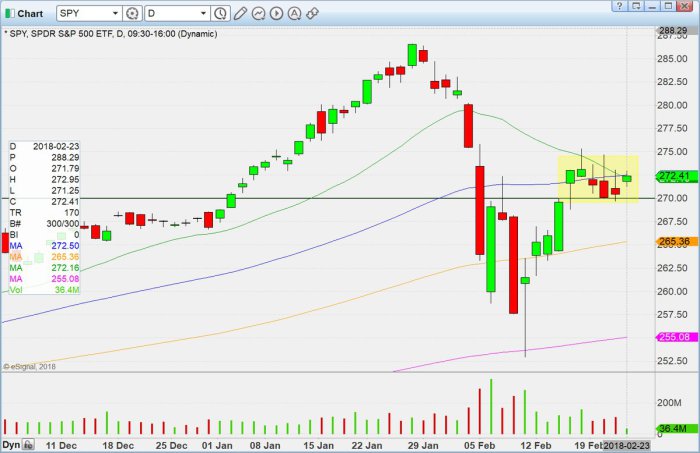 And then we all saw the hard rally begin and explode right after the Trump press conference into the close.

The break above the 20-day was crisp  & hard. But now comes the 2750 level. Lawrence McMillan of Option Strategist highlighted this level on Friday intra-day:

We would also expect congestion at 2800, the level from where the S&P fell hard. But move up into the close on Friday was broad as well as fast. What was it driven by? The sense that the Mueller investigation is increasingly about financial dealings of lower level staff, the fall in VIX below 17 on Friday afternoon or the hard fall in Treasury yields? 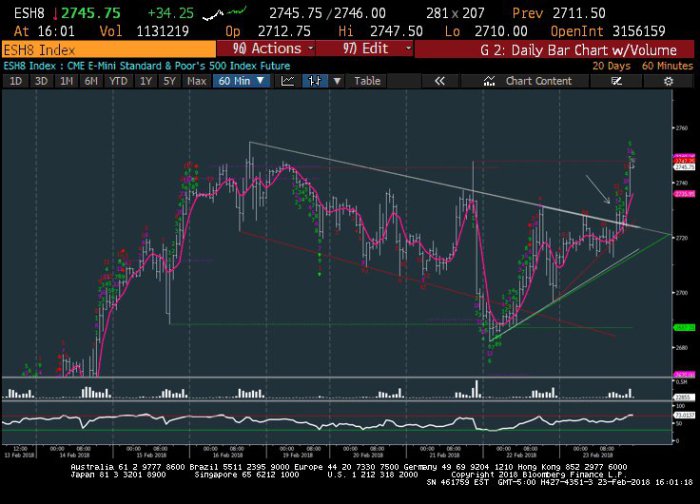 The entire world knows by now that the Fed is hellbent on raising its Federal Funds rate to combat inflation that is around the corner. No wonder the Daily Sentiment Index for Treasuries broke below 20% this week. And what do non-commercial speculators do when the direction is so crystal clear? 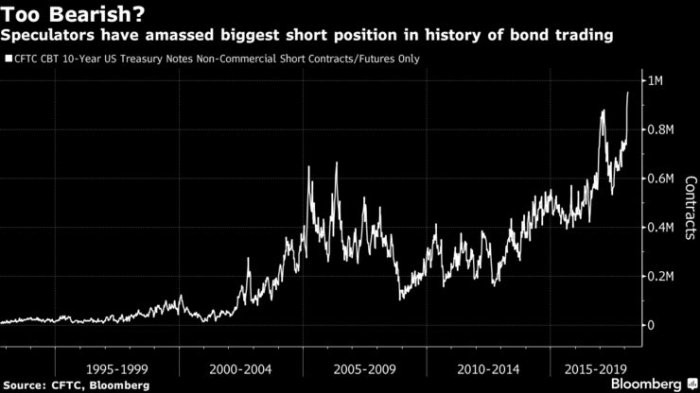 Hmm! Weren’t the non-commercial speculators rampantly short another asset a mere 3 weeks ago? The term “short squeeze” doesn’t quite seem right for their crushing in the VIX explosion. But for a short squeeze to materialize in Treasuries, shouldn’t the trade location be right & shouldn’t some divergence show up? 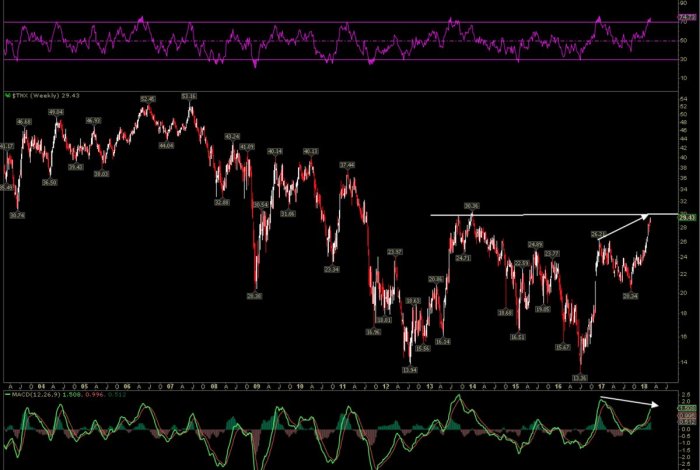 Positioning & technicals are fine. But is there any historical support from inflation expectations? 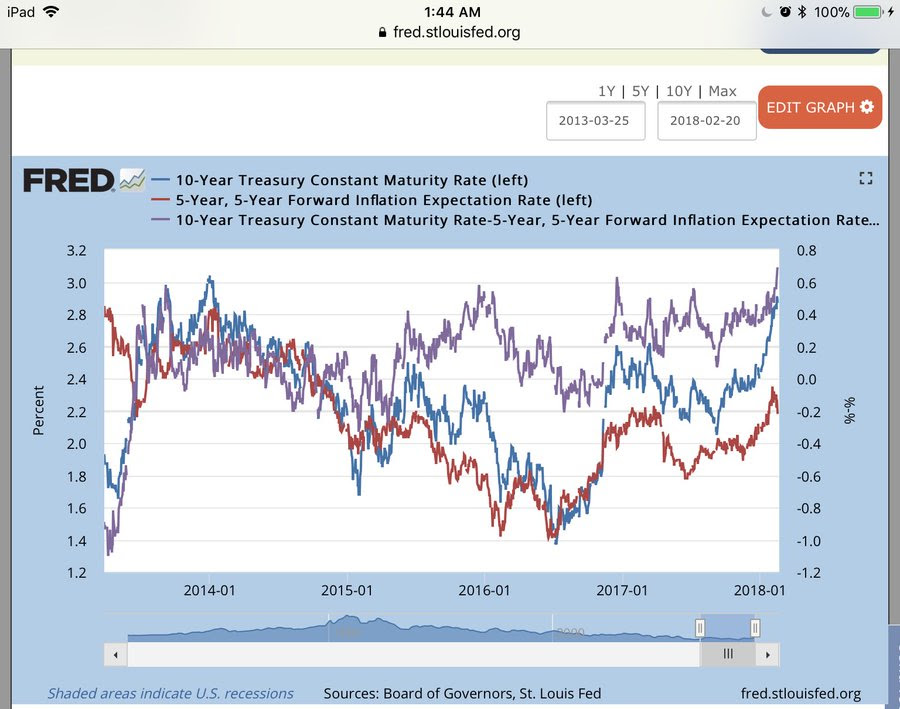 OK, but what about Jeffrey Gundlach who was so spectacularly right about being a bond bear back in 2017? Guess what? Gundlach came on CNBC FM 1/2 on Friday and said this is a terrible trade location for shorting Treasuries. He pointed out that the 6-month long rate rally has broken all the trend lines except one. The one being the 30-year line that sits as 3.22%. Regarding the 10-year yield, he said it was at fair value calculated as the average of nominal GDP (say 5%) and the German 10-year yield (say 70bps) = 2.85%.

So if the hitherto correct bond bear is unwilling to short here, then is there a potential for a short covering rally? Of course it would help if we had an emotional blow off in Treasury rates that had already reversed a bit.

All that sounds good but is there any one who says definitively that yields have reversed from Wednesday’s top? 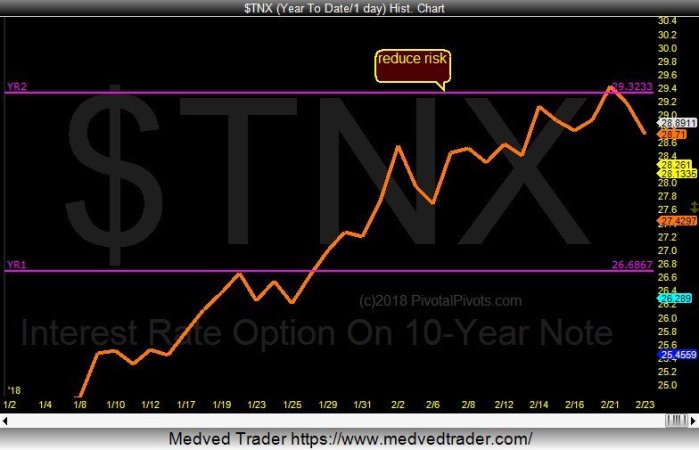 All the above is fine but what happens to Treasury rates in the near term depends much more on what new Fed Chair Powell says in his Congressional testimony on Tuesday. If he says the wrong thing, “all hell could break loose” to use an Art Cashin expression.

If Treasury yields fall, then rate sensitive sectors of the S&P should benefit. One of them is already catching the eye of some technicians: 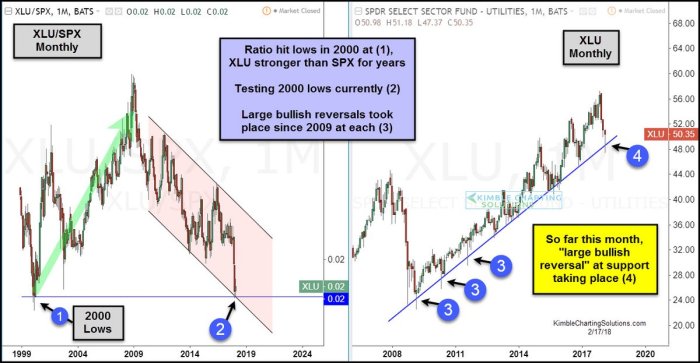 The strength in EM stocks on Friday afternoon was something to watch. Perhaps that persuaded J.C. Parets to publish a bullish post about BRICKS on Friday after the close: 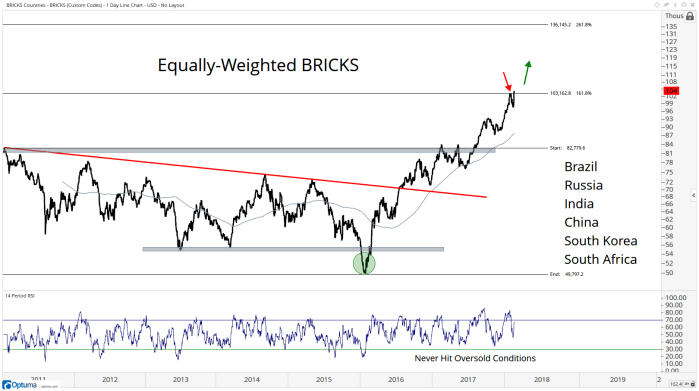 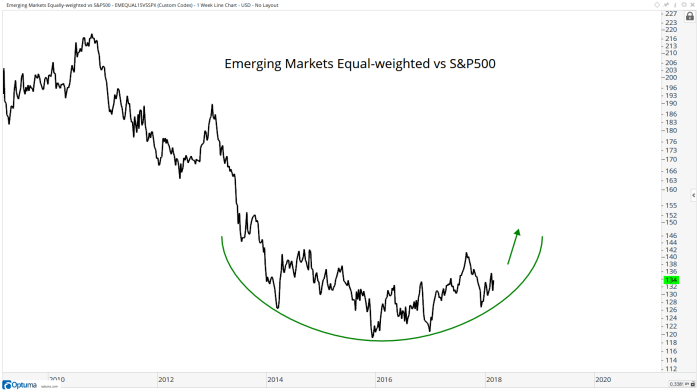 Gundlach remains bearish on the U.S. Dollar. He said Dollar trend is persistent and tends to go on for 6-8 years. This downtrend began in 2016 & could go on for some time in his view. But is there a bounce ahead? Hard to say: 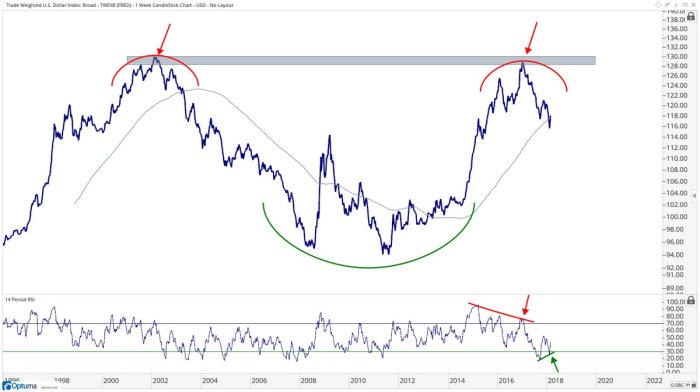 Once again, the best determinant will be what Chairman Powell says on Tuesday.

Getting to Gold & Silver, a fall in Treasury yields & resultant decline in real rates should be positive for Gold & Silver. And these are oversold at this stage: 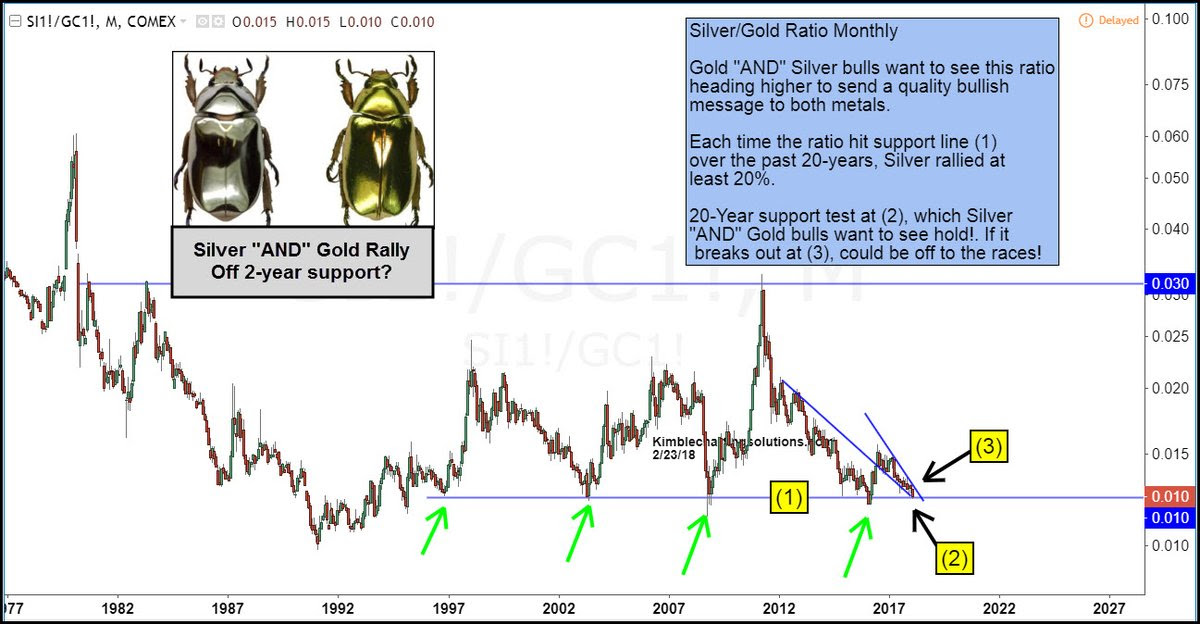 What about the weak action in Gold miners?