Remember our excerpt of last week from last Friday’s summary from Larry McMillan of Option Strategist:

Why? Because as we all know, nothing matters as the Fed. And the new Fed Chairman, Jay Powell, spoke softly but clearly on Tuesday in his Congressional testimony. That was strike one.

That very afternoon came the surprising declaration from GOP leadership that the infrastructure bill was as good as shelved for this year. That took stocks lower fast – strike two.

The fear about what Chairman Powell would say in day two of his testimony on Thursday showed up in a hard decline on Wednesday afternoon. That should have been a buying opportunity on Thursday morning because, speaking empirically, day two of Fed Chair testimony usually reverses the market action on day one. Chairman Powell was indeed more dovish and that sparked a rally on Thursday morning until the axe fell. The news that President Trump was going to announce trade tariffs took the rally down. The actual announcement was harder than expected and stocks fell very hard & very fast – strike 3.

But instead of going out, we saw a fast rally into the close raising expectations of the worst being over. Then came overnight Thursday, Friday pre-open and the open. The Dow was down 390 points but it wasn’t an out call. Because as, Jon Najarian of CNBC FM pointed out at noon, that VIX, that shot to 50 in early morning, was sold via puts. And VIX coming down prompted a rally in stocks that actually accelerated a bit into the close.

The Trump tariffs dominated Friday morning and had an “impact emotionally“, to use the words of Larry McDonald of Bear Traps Report. But , as he added, ” for it to be contagious …, we need retaliation“. That was also the opinion of Jim Cramer who said in his Friday show that whether the market opens down or upon on Monday depends on whether we see a retaliation over the weekend from some country.

Barring the retaliation possibility, there are three positive signs for Monday. First the VIX curve is now inverted from March into June, a big change from Friday, February 23: 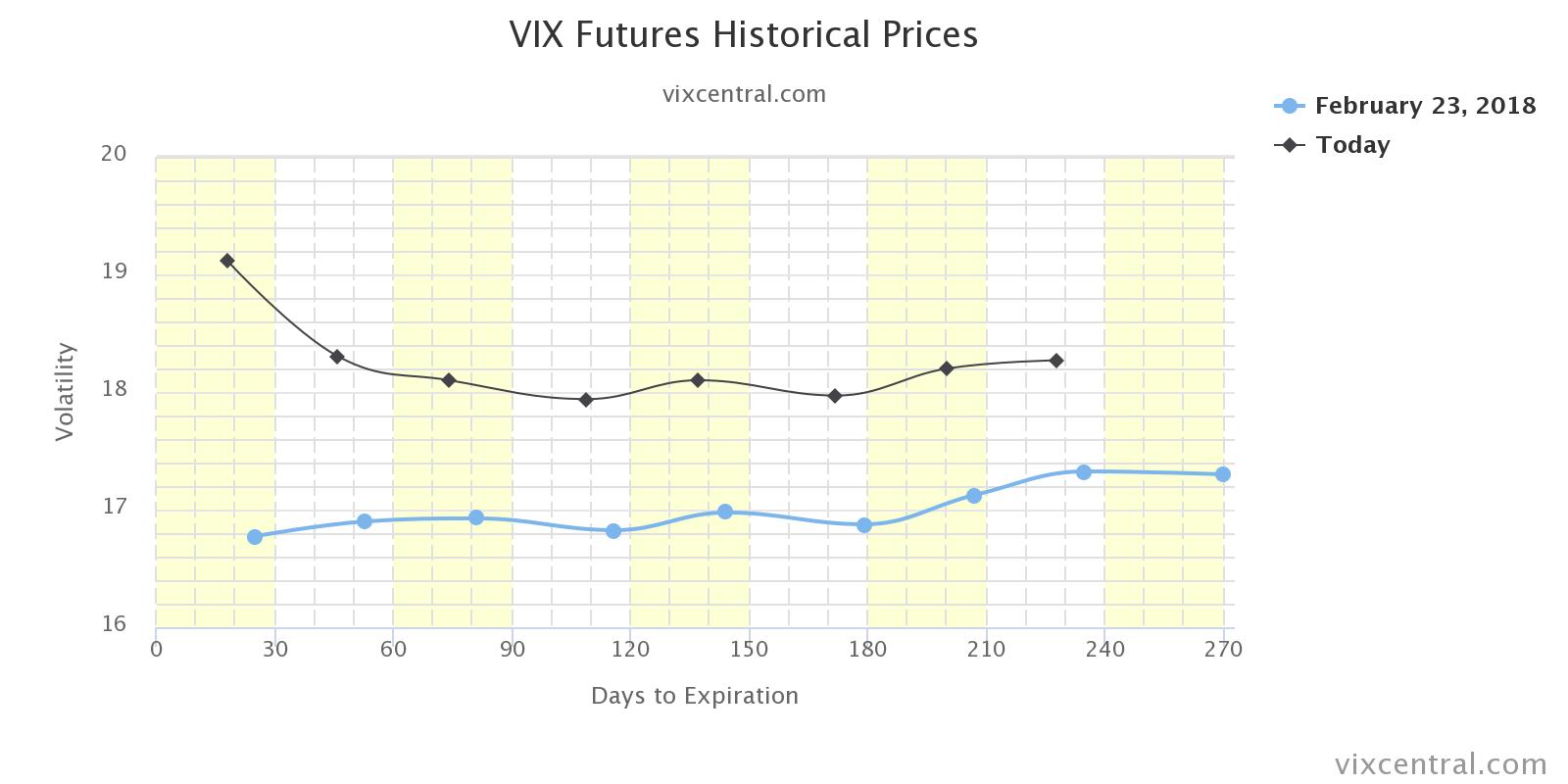 And, third as a proof that technicians can also have a sense of humor and appreciation for media signals: 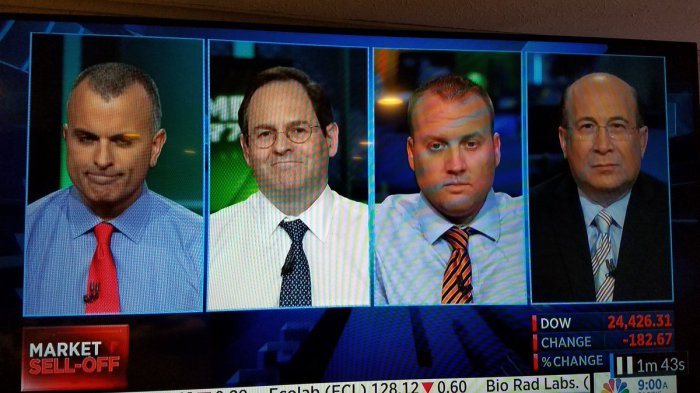 Actually Mr. Insana made a second appearance on CNBC on Friday afternoon. Wouldn’t it be nice if a double Insana appearance doubled the strength of the signal?

The first question is what is the current positioning in VIX Futures? 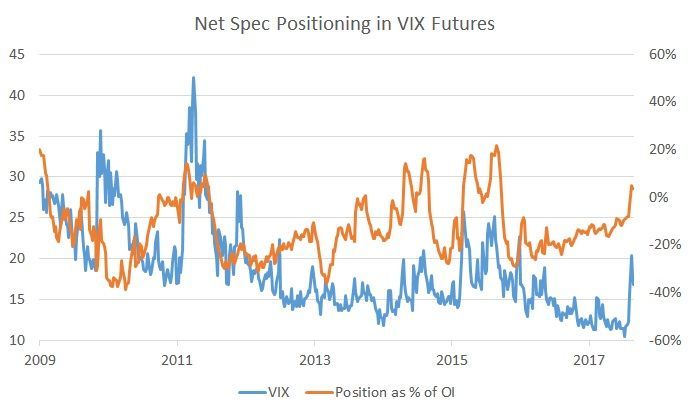 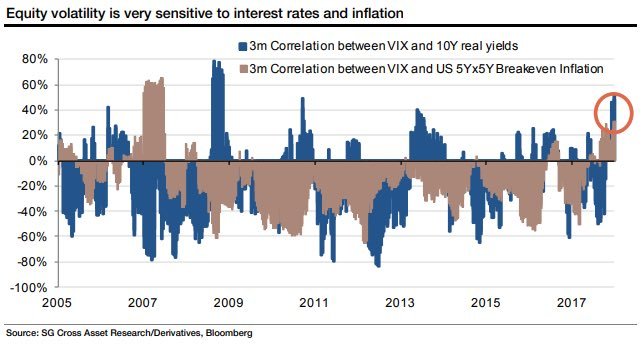 The MarketWatch article quotes a note on Wednesday, February 28, from Jitesh Kumar and Vincent Cassot, a pair of quantitative analysts at Société Générale.

Tom McClellan made a similar point in his article It’s the Fed, Yanking The Punchbowl :

He makes an interesting prediction at the end of his article:

What until then? Guess we have to look at the positioning in VIX Futures!

Look back to the Gundlach tweets from January:

He turned out to be correct. It took a couple of weeks but the S&P did fall hard to join the fall in JNK. So shouldn’t high yield bounce to lead a bounce in S&P? And Gundlach is a believer in positioning: 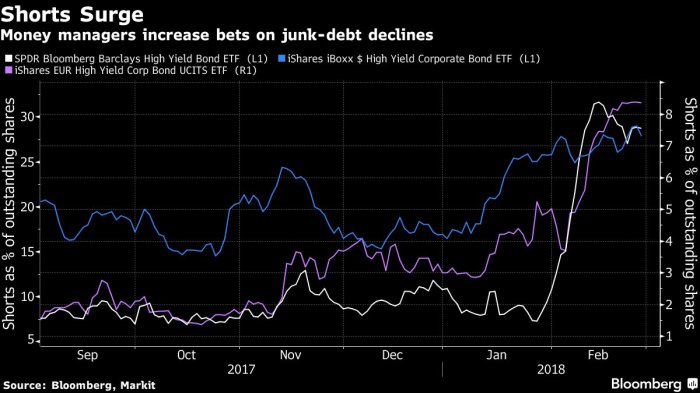 One day doesn’t make a trend but look: 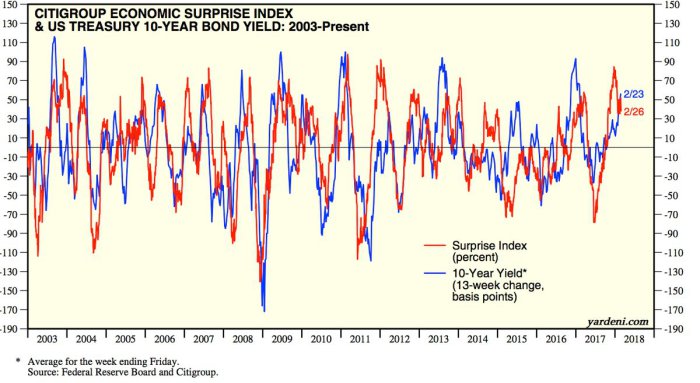 Could bond fund inflows lead some shorts to cover? 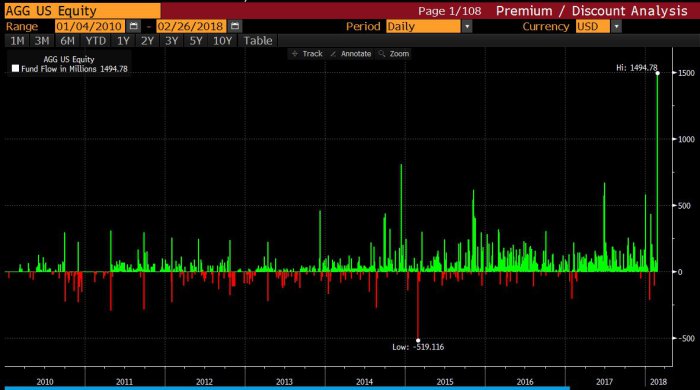 So what if we see some short covering in Treasury & Junk Bond shorts? Does that force liquidation of long VIX positions and create a bounce in stocks? That sounds juicy except next week we have two events that can change everything – President Trump signing the Tariffs and the Non-Farm Payroll report.

Remember the adage about breadth worsening before the market does? 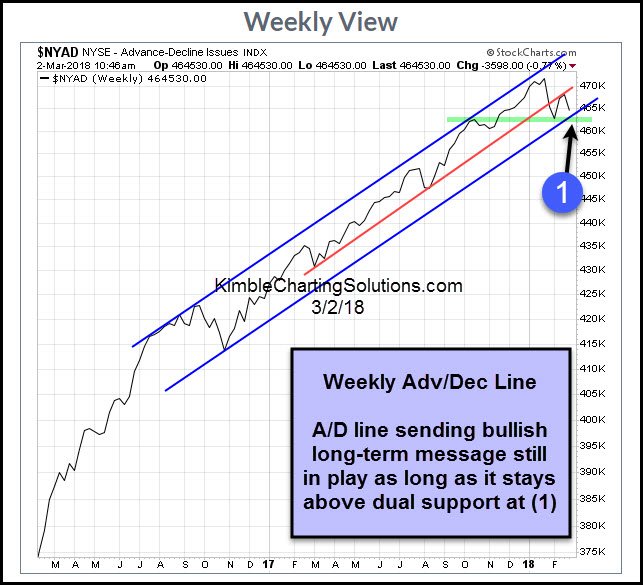 Since earnings do have something to do with stock performance,

But what about guidance? 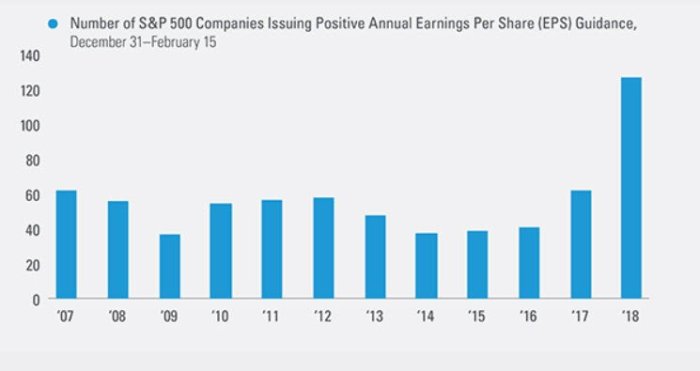 What about the U.S. Dollar? 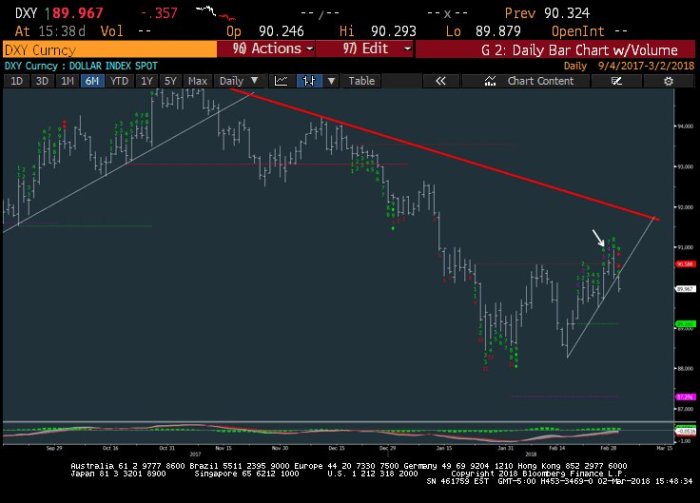 Shouldn’t it also aid tech stocks? Especially given the inflows: 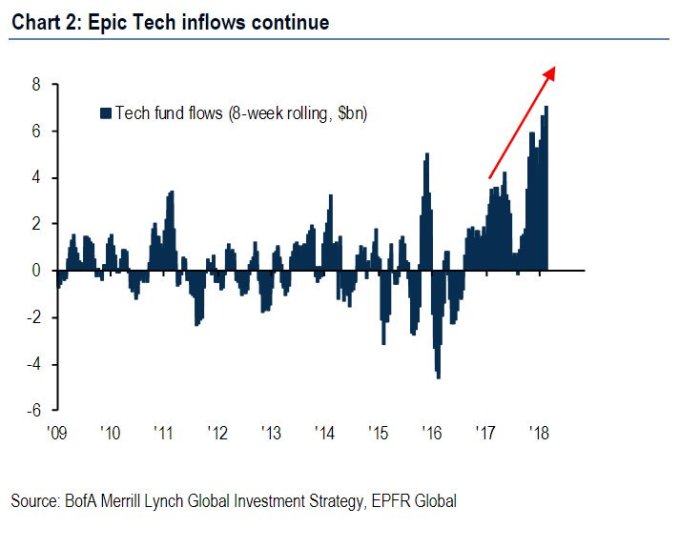 But are these inflows a positive signal or a negative signal? That depends on a line in the sand, per J.C.Parets from his post of February 27-  It’s Make Or Break Time For Technology:

Semiconductor stocks look the same way to Parets, subject to SOX staying above 1332.

If the Dollar does stay weak and rates fall some, wouldn’t that be good for Gold?