Hardly any one doubts now that President Trump is serious about getting what he wants on trade. Late this week, he allowed his aides to circulate the possibility of the W-bomb – dropping out of the WTO. All week, stock markets jerked up & down on the possibility of intensifying trade conflict between Trump’s America and Xi’s China. This was signaled by a hitherto sanguine bull on Monday: 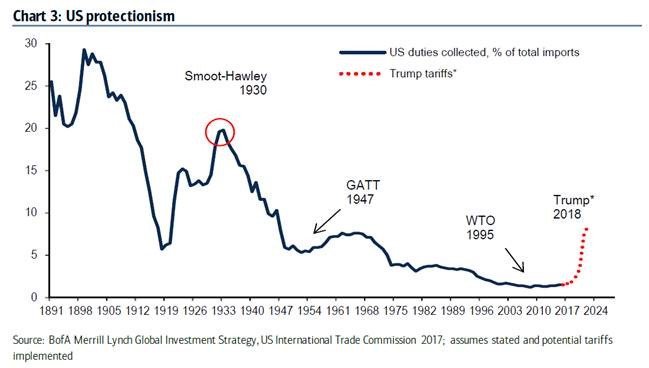 But tariffs are only a tool for President Trump whose real objective is a world without any tariffs at all. He has been vocally clear about this but many have chosen to not understand. Fortunately, two smart people do and they also understand why President Trump has almost all the cards in this debate:

Another picture that suggests “caving in” might be better than valor: 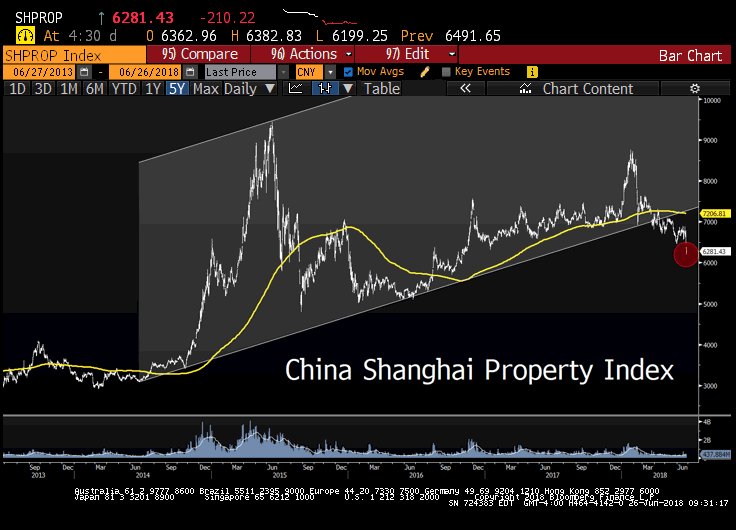 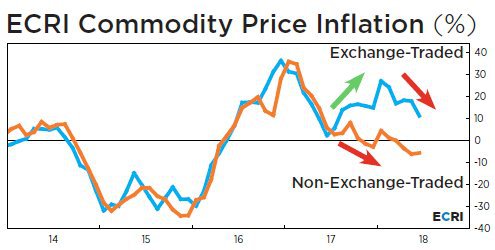 Is this plunge real or could it be smelling a “D” word in & by China? 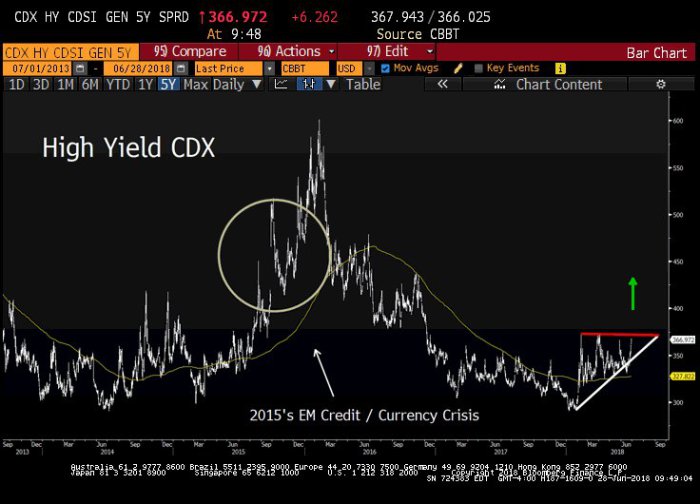 The economist with the most inappropriate nickname actually used the other D-word on Thursday:

But is Chairman Powell listening? More importantly, are markets beginning to believe he might be listening? 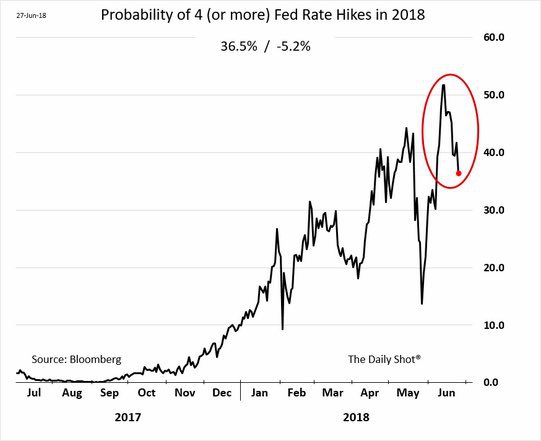 Not only is the ytd relative decline triggered by rising rate rise expectations getting back to even but PNF has also crossed over the 50-day, 100-day and, this week, the 200-day moving average.

The big event in European markets was on Friday morning: 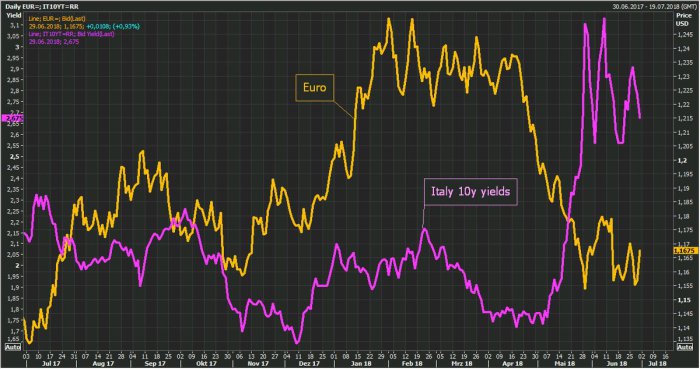 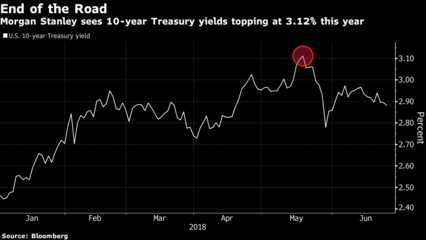 Then on Wednesday, Cramer Fav Bob Lang asked whether “Bonds continue to be a safe haven in a storm”? 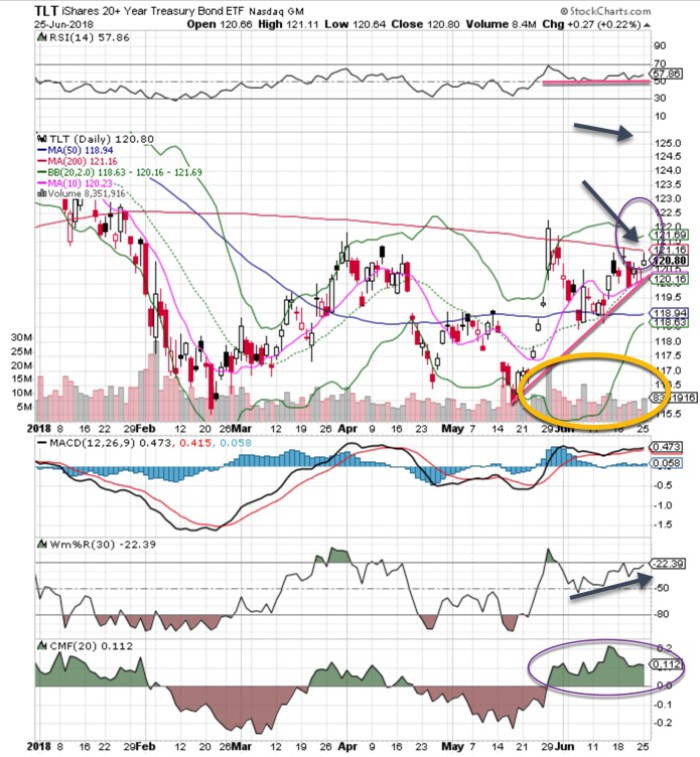 We have heard of left-handed compliments but not left-handed recommendation-like comments & that too on 10-year Treasury from an equity strategist who used to be a raging bull. Look what Barry Bannister of Stifel said on Friday:

Any contribution from Credit to Treasury rally?

Despite the rally on Thursday & Friday and despite the huge boost to the Dow from Nike, the Dow closed below its 200-day on Friday. On the other hand, the S&P closed above its 50-day. So you can interpret the action both ways and many did.

The most bullish comment we saw was from Jeff Hirsch of StockTrader’s Almanac who told CNBC’s Brian Sullivan – “the first trading day of July is the best trading of the year (81% probability)”. The next is: 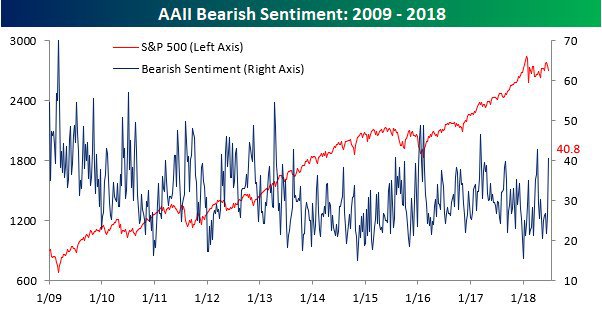 The next was a confirmatory one:

How can one be bullish without breaking of a downtrend, however minor it might be? 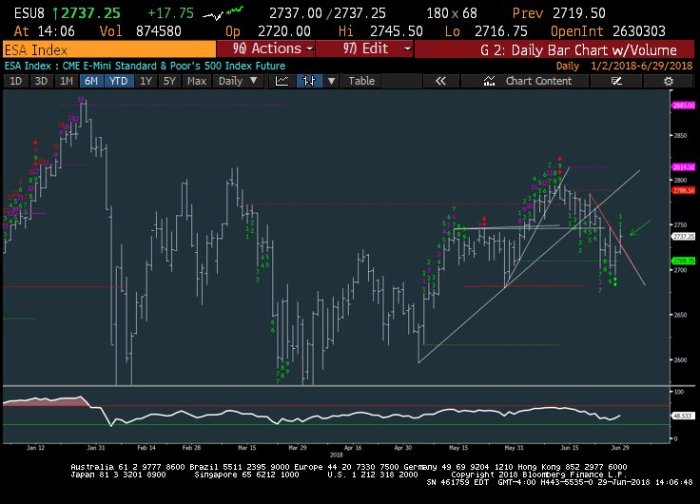 Now for the other side: 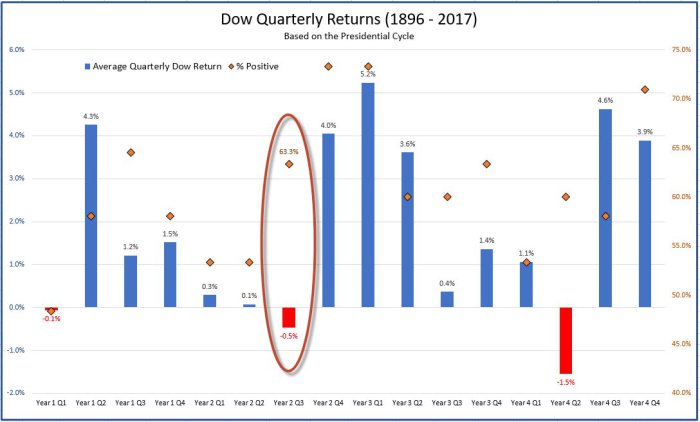 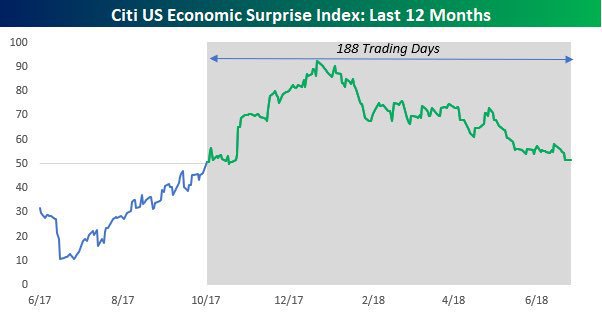 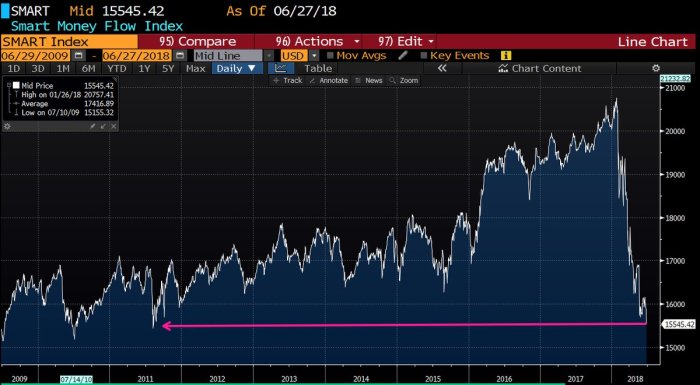 A message from volatility? 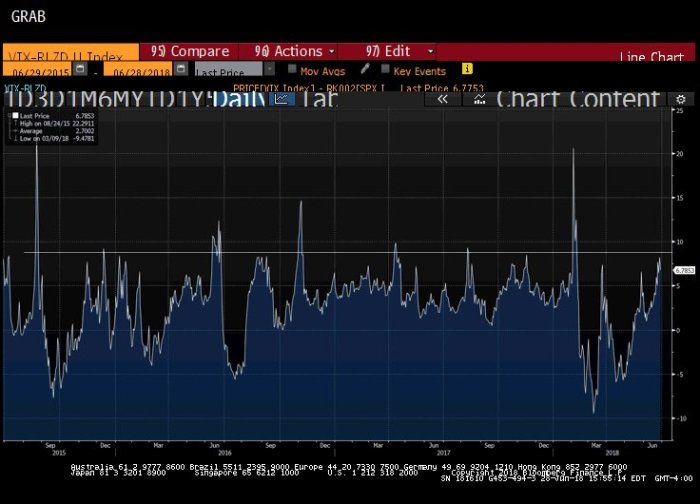 Statistics are signaling a positive end to the year:

We do see markets getting weaker & even lower in Q3 on EM problems or even with indigestion. And we well remember the third quarter of 1998. Greenspan totally changed that dynamic in November 1998 and triggered a massive rally into year-end 1998 and all through 1999. We certainly don’t expect Chairman Powell to repeat that. But a different dynamic could well trigger a rally from November to year-end. Look what David Rosenberg wrote this Thursday:

Some might call the same thing “joyful”; perhaps those surveyed by CNBC:

But that is history. What about the future?

President Trump has already begun talking about Tax Cut II to lower the corporate tax rate further. Then you have the Infrastructure Bill that El-Erian said would raise the growth rate to 3% +.

The point is that a victory for President Trump in November could catapult the stock market on hopes of Tax Cut II and a potential Infrastructure Bill in 2019. That might be enough to make the words of Paul Tudor Jones come through. And it could also postpone the 2020 recession many expect into 2021.

If the expected growth does not materialize and rates spike up, that’s a 2021 problem.

When did you last see such a tweet from a U.S. President? This is the result of what was done almost immediately after inauguration – the deal with MBS of Saudi Arabia. A perfect deal by President Trump granted their most fervent wishes – control of Saudi Arabia for MBS and a resolute war to curb Iran. In exchange, MBS & Saudi Arabia will do what President Trump wants about oil prices. FDR would be proud of this deal, we think.

As Jim Bianco said in the clip above,  the markets get that the result of Trump actions is likely to be a better deal for America and what’s not to like about that?