This week a foundation named Thompson Reuters issued a report ranking countries that are, in their opinion, most dangerous for women. The foundation disclosed that the report was not based on actual conditions but on opinions of a collection of “experts” chosen by the Foundation. Below are the rankings, as reported by Ian Bremmer, head of Eurasia Group.

As far as we know, American women are not lining up to migrate to Venezuela, Argentina, Brazil, Mexico or any African country to escape from the “danger” they face in America. This report is so utterly laughable that no one in America even bothered to discuss it. Not even the large phalanx of anti-Trump media, activists or their cohort used it to blame President Trump.

Similarly no one has seen a line of Indian women trying to leave India to migrate to “safer” countries like Syria, Somalia, Yemen or even that critical ally in the war on terror, NonPakistan. But, unlike America, this report made waves in India. Every stupid TV network discussed it and the usual idiotic guests on Indian TV “analyzed” it. Not to fall behind, Rahul “Pappu” Gandhi, the crown prince of Congress Party, used it to attack Prime Minister Modi and drew ridicule.

In fact, it seems apparent that the above malicious report was made up to hurt Prime Minister Modi and to improve the chances of Rahul & the opposition in the next election. Just as the rank of US in the Reuters report seems designed to attack or bemoan the state of President Trump’s America.

So you would think both Trump’s America and Modi’s India would have reacted similarly to the ridiculous report from Thompson Reuters. You would be wrong.

You see Trump’s America is a confident country and sees no reason to give undue importance to a malicious report. And for once we speak of Trump’s America as a united whole. Because even Congresswoman Maxine Waters would not stoop so low as to give the slightest credence to it. Any one who did would lose all credibility even in their base.

Modi’s India, unfortunately, is the polar opposite. It is a masochistic society that revels in its own myriad inferiority complexes. It is also a society that, for the past 1,000 years, has learnt only to fight among itself.  Indian Society has lost every single war it fought against foreign attackers since 998 CE. So they know it is much safer to fight among themselves.

That is why no one in India called for the expulsion of this “foundation” or even for sanctions against  business affiliates of this foundation like Thompson Reuters, the company, or Reuters, the news agency. No Indian organization has used the laws available in India to file lawsuits on the “foundation” and its collection of “experts”.

2. Vanquishing Attackers vs. Appeasing Them

America is so confident, so strong that trivial attacks are mostly ignored until they become serious. And then America, especially Trump’s America, tends to inflict punishment on attackers and, if necessary, vanquish them.

India, as most people know, is just the opposite. India does try to react emotionally at first and then settles down to appease its attackers. Their first step is to try and “educate” attackers by presenting the “real historical” traditions of India. By showing attackers where they might have “misunderstood” India, Indians hope to persuade attackers to not attack them.

Look at the following article from an entity called Pragyata: 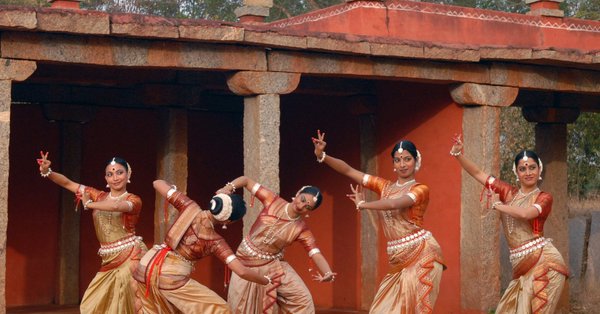 The article describes in detail how women, through out centuries, have played many noble & successful roles in Indian society.

This shows the plaintively explanatory side of Indian society that pleads with attackers and humbly tries to explain where the attackers might have misunderstood India. Their hope is that the attackers would understand their mistakes & return without subjugating Indians.

How stupid were those Indians? Attackers never invaded India because of any “misunderstandings” about Indian culture. They attacked to plunder and to rule cowardly pathetic Indians who know how to serve their attackers.

It is well known that when economy declines, income falls and working men lose jobs, the incidences of violence against lower strata of society increase. Similarly when Indian establishment feels attacked as they did with the report from Thompson Reuters, they lash out against the common people of India, especially that part of Indian society they hold responsible for the loss of prestige of the Indian establishment.

That is what ex-Italian Sonia’s Government did in 2013 by enacting laws that essentially criminalized men & their sexuality. That was not entirely unexpected because Sonia was an Italian Catholic migrant into India who married the son of India’s Prime Minister. She seems to have utter contempt for what is termed as Hinduism & Hindus. No wonder, her Government essentially criminalized Hindu men.

What stuns and deeply disturbs us is that this criminalization of basic sexuality of men is not only maintained but is actually getting worse under the pro-Hindu BJP. It is partly because BJP does not want to appear anti-women by granting basic legal rights to men. It is also partly because Indian men are neither  organized nor aware of their complete lack of legal rights.

It is more so because the BJP leadership believes the total crap dished out in the above Pragyata article. Like the quote attributed to Varaaha-Miheer (6th century CE):

Read the tweet above from Pragyata and see how they talk glowingly about how how “women were put on a pedestal” through out centuries. The article makes no mention of women’s sexuality or gives a single instance to describe the love, ability & attachment to sexual activity that has characterized Indian women throughout Indian culture.

These Indian establishment idiots don’t understand that their prattle about India putting “women on a pedestal” is precisely what tells the entire world that India is anti-women.So they double up on their stupidity and implement laws that criminalize men and inflict punishment on men that can only be termed as Human Rights Crimes.

Unfortunately for the Indian Establishment, Indian society is undergoing a sexual revolution. While the majority of women are still traditional & ethical in their sexual activity, a sizable minority of women is extremely active and aggressive in its pursuit of sex. The better description of this Indian woman is NOT the above Pragyata photo of classical dance but the depiction of the corporate woman executive in the clip below (deemed viewable by all age groups by YouTube regardless of age).

Note; This video is included to show the sexuality & behavior of modern Indian women of a certain inclination. We ourselves would not let young children view it. So readers should use their own discretion & restrict it from those who should not watch it.

Go back to the classic Indian text on Statecraft, Artha-Shastra by Chanakya in 4th century BCE and you find punishment prescribed for men who rape women AND punishment for women who rape men. So back in the time of Alexander of Macedon, sexual rights of women were understood, accepted in India and the abuse of men by sexually aggressive women punished.

In stark and shameful contrast, today’s Indian Supreme Court has ruled that men cannot be legally stalked, molested or raped by women. Meaning only men are guilty of such sexual crimes but never women.

This is India’s central problem – the utter refusal or even inability of Indian establishment to accept that men & women are equal in both rights & liabilities under law & social practice. Neither gender is better or purer than the other.

Thank God Trump’s America understands this and it forms the basis of America’s laws. Unfortunately neither Italian Sonia’s India nor Hindu Modi’s India understands it or accepts it. And that is why the World has utter contempt for India, contempt that was made visible via the Thompson Reuters Foundation Report.

Finally, one change would actually make that Thompson Reuters report true – change “women” to “men”. Because under India’s Gender Apartheid laws, India is indeed the World’s Most Dangerous Country for Men.