What situation do we mean? Imagine a Foreign leader visiting the White House and publicly mispronouncing President Obama’s name as Opama. Our guess is that Sean Hannity would have been outraged and blasted the foreign leader on his show. Mispronouncing the American President’s name, either  carelessly or deliberately, is to show profound disrespect to to both the President & to America, the nation.  No American should tolerate it regardless of whether he or she supports the President’s policies. That would also be Sean Hannity’s position, we believe and that is why we think he would have jumped to defend the honor of President Obama in that situation.

But then Sean Hannity is an American, a proud American. And America is not a deeply wounded society the way India is. In fact, India is so deeply wounded and hence masochistic that Indians are proud to see their leader on western TV regardless of how he being treated publicly. We refer of course to President Obama openly mispronouncing Prime Minister Modi’s name as “Moddi” instead of “Mo-thee” in a formal ceremony in Delhi, India’s capital. No Indian minded that in the least; getting their names butchered is meekly accepted at their fate by Indians.

We thought of the difference between a proud American like Sean Hannity & Indians in general because of a similar incident at Bloomberg TV this week. 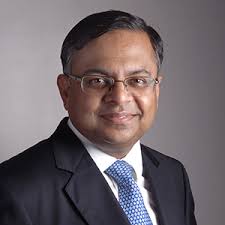 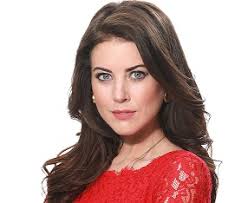 Tata Sons is India’s most respected and iconic firm. Mr. Chandra-Sekharan, their new chairman, is reportedly a brilliant man chosen to manage what has so far been a family-led firm. Tata Steel, one of Tata Group companies, and Germany’s Thyssenkrupp have agreed to merge. Bloomberg TV’s British-origin anchor Julia Chatterley was interviewing Mr. Chandra-Sekharan about that merger on Bloomberg TV.

Ms. Chatterley pronounced the German Thyssenkrupp name perfectly while completely butchering Mr. Chandra-Sekharan’s name. It was patently obvious that she didn’t even care to worry whether she was pronouncing it properly. It was, we felt, a sorry & disgusting spectacle of colonial British racism against Indians.

So we sent a tweet to Michael Bloomberg, the majority owner of Bloomberg, with a copy to Ratan Tata, the ex-Chairman of Tata Sons & the head of the Tata Family Trusts, Ms. Julia Chatterley & her co-anchor David Westin. 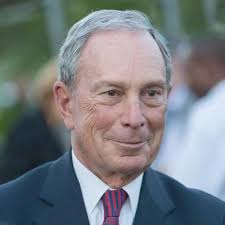 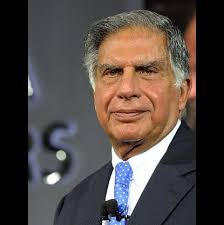 We have a high degree of respect for & confidence in Mr. Bloomberg. We felt he would do what is necessary within Bloomberg TV to ensure behavior exhibited by Julia Chatterley is not repeated.

We had marked a copy of our tweet to Mr. Ratan Tata both to inform him and to encourage him to step up & defend his chosen Chairman. We have a high degree of respect for Mr. Ratan Tata but, unfortunately, we do not have confidence in him about standing up for his people against misbehavior by white, especially British, TV anchors. He was, after all, born in British ruled India and his building that houses offices of Mr. Tata & his senior management still bears a British name that most locals in Mumbai detest.

Then we got a response from an Indian man in India that brought the Sean Hannity parallel to mind. This man blamed us for our tweet to Mr. Bloomberg about the mispronunciation of Mr. Chandra-Sekharan’s name by Bloomberg’s Julia Chatterley. His point was that he has heard the Tata CEO mispronounce Indian names too.

We remembered what a good friend of ours had said two years ago when we asked her why Indians tolerate US anchors butchering Prime Minister Modi’s name. Her response was – “so what? North Indians butcher our names so often“.

So we responded to the tweet from @PcNemesis from India:

What was seen here gets repeated every day in virtually every city in India. The preference is to find & fight over grievances against other Indians from other parts of India instead of against a foreign entity that attacks & insults all Indians, especially when the foreign entity is British. Reverence for the British is still very high in India & being accused of not speaking the perfect Queen’s English is the biggest insult for Indians. With such deep servility, it is easy to see why Indians consider their names being butchered by British TV anchors as their fate & a British right.

However it is NOT acceptable in America and that is why we contacted Mr. Michael Bloomberg. We believe he concurs that equal treatment for all races is absolutely mandatory for all Americans and especially for Bloomberg employees.

By the way, an Indian TV anchor was immediately fired by an Indian TV network for mispronouncing the name of President Xi Jin Ping of China during his visit to India. So Indians do understand the importance of pronouncing names correctly, but only of powerful foreigners & not their own Indian leaders.

Now do you understand why India remains a pathetic society while China has raced ahead?

Editor’s PS: There is a great scene in the film Lawrence of Arabia that is on point here. British Lawrence managed to get two warring Arab tribes to attack the Turkish stronghold of Aqaba. A man from one tribe kills a man from the other tribe and a blood feud erupts. The killer from the first tribe has to be executed to avenge the death of the second tribe man but that cannot be done by any man from the second tribe. So British Lawrence stands up and says “I have no tribe” and executes the man from the first  tribe. Revenge is delivered to the second tribe without dishonoring the first tribe. That it took a White British man to do that is telling of why Arabs have never managed to unite. The Indian situation above is the same. Had a White man delivered justice to Chairman Chandra-Sekharan, a south Indian, by reprimanding Julia Chatterley, it would have been great. But for an Indian-origin man to defend Mr. Chandra-Sekharan’s honor, that is NOT ok for some other Indians. How pathetic remains Indian society to this day?