Three days ago was August 15, 2018, India’s Independence Day, a day of joy, celebration & optimism. Unfortunately within a day, that joy turned to sorrow. India’s most loved & most transformational Prime Minister Atal Bihari Vajpayee passed away on August 16 at the age of 94. Prime Minister Modi wrote from his heart: 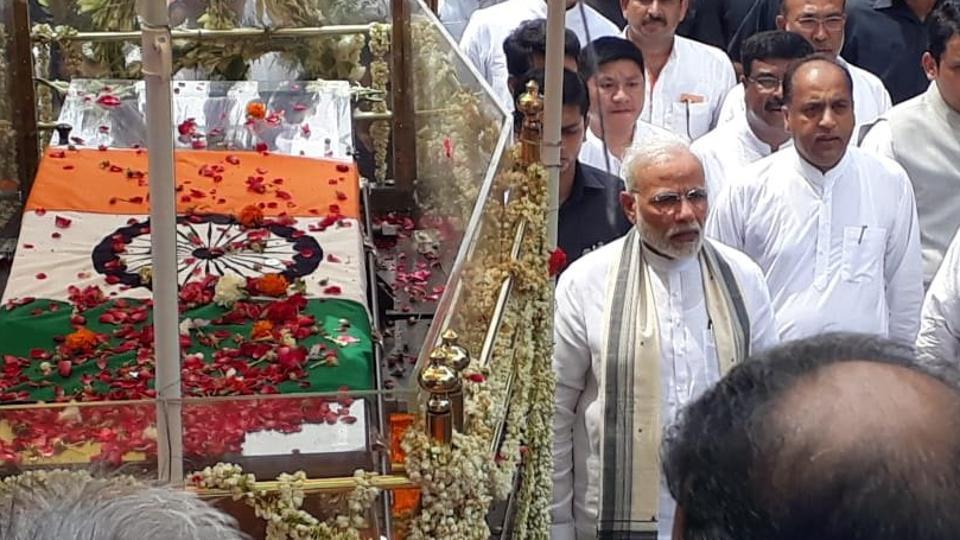 Tributes poured in from all corners of the world, including from the neighbor of India that hates India & Indians. The meaning of a leader in India is rarely understood from official comments. It is best understood from how people come out into the streets to pay respects. By some counts, over 500,000 people joined his funeral procession in Delhi. 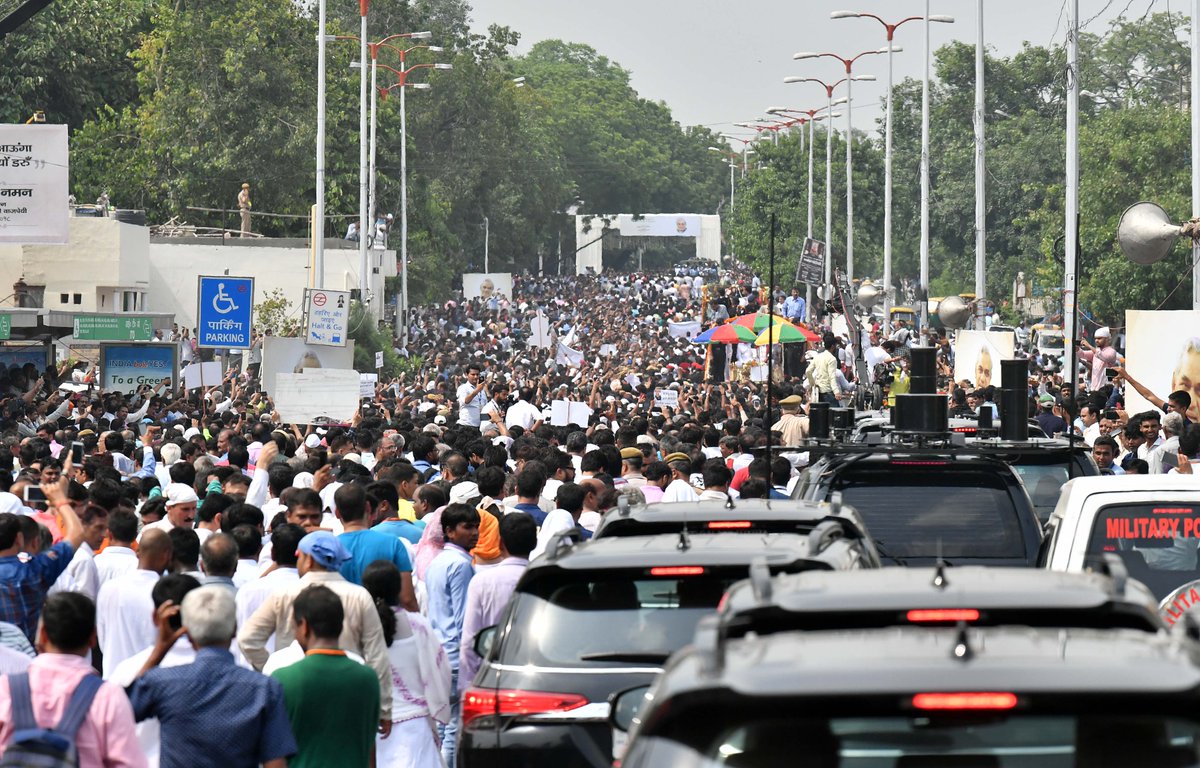 PM Vajpayee was a humble, gentle man. Every one in the Indian Subcontinent understood that and loved him. We recall a taxicab driver in New York from NonPakistan tell us years ago how he trusted Vajpayee-saheb.

But behind that gentle heart was a backbone of steel. He stood for India’s strength as no one before him had. His first transformational act was the nuclear test in May 1998 that officially made India a nuclear power. It is hard to understand today how bold, daring & determined that decision was in 1998. The Clinton Administration was 100% committed to preventing India from becoming a nuclear state. The entire CIA machinery was focused on that including almost round the clock surveillance of the test site in Pokhran, Rajasthan. But the preparations for the test were carried out in secrecy & away from the eye of CIA satellites.

The story of the planning, the misdirection and the iron determination to succeed is superbly captured in the recent film”Parmanu” (atom). It is a fast suspense filled realistic portrayal of the entire operation that can be watched on Netflix or on ZeeTV this weekend.

The successful nuclear test showed how determined Prime Minister Vajpayee was to make break out of the old scared subservient Indian mold. The blistering anger of the American establishment can be read in the May 1998 archived article of the New York Times and in the frank comment by Senator Richard Shelby, then Republican chairman of the Senate Select Committee on Intelligence, who said on Live CNN ” It was a colossal failure of U.S. intelligence.”

Predictably & unfortunately, the Clinton Administration imposed heavy sanctions on India & India’s nuclear program in response. The reverberations of that action are felt to this day in that the Indian Air Force has never purchased US fighter aircraft in the 20 years after those sanctions.

But President Clinton was a pragmatist and, as Rudra Chaudhari writes in his book Forged in Crisis,

PM Vajpayee also extended a hand of peace & friendship to NaPakistan & its Prime Minister Nawaz Sharif. But in the midst of this happy bonhomie in June 1999, NaPaki Chief of Army, Parvez Musharaaf, implemented a plan to infiltrate Indian border & place Napaki special forces on the peaks of the Himalayan mountains that overlook Kashmir. The plan was simple. Musharaaf expected India to cross the line of control to win back the peaks & that would begin a bigger war. That would draw in America and the war would be stopped with Napak retaining control of the mountain peaks.

PM Vajpayee was much smarter. He refused to allow the Indian Army to cross the line of control. The Indian Air Force got into action and strafed the Himalayan peaks with laser guided bombs using French-made Mirage 2000 planes. The Indian Army used long range howitzers to bombard the peaks from ground. When the Napaki camps were hit and their supply bases destroyed, the Indian Army took the 16,000 ft high peaks by assault.

The entire Kargil operation was a superbly planned & superbly run campaign of the Indian military. But there is no question that PM Vajpayee’s determination, backbone & smarts was the heart of India’s success.  It is important to remember that Kargil was the last military conflict the Napaki army waged against India. It was that devastating a defeat for them.

As a personal note, a few years later we happened to sitting next to Madeleine Albright, US Secretary of State during Kargil. She was effusive about PM Vajpayee’s brilliant response that essentially prevented the USA & the UN from stepping in the Kargil conflict.

People forget today that PM Vajpayee transformed India’s relationship with America. It was PM Vajpayee who defined USA & India as “natural allies” and President Clinton responded in kind. Two years later, President Clinton visited India in an spectacularly successful visit and the two countries have never looked back since. This was captured very well by Mr. Ken Juster, US Ambassador to India, in his tribute to PM Vajpayee: 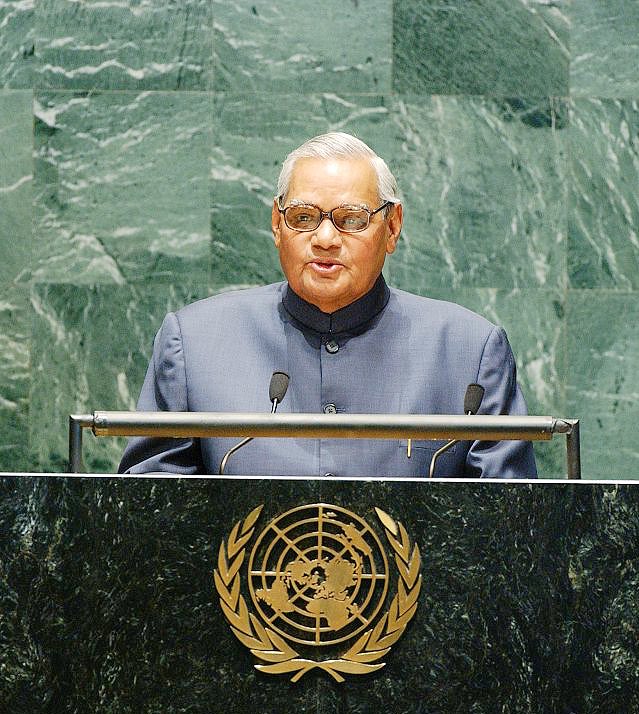 PM Vajpayee was just as transformational in his approach to the Indian economy. He drove the concept & development of the Golden Quadrilateral – a national highway system linking Mumbai, Delhi, Kolkatta & Bengaluru, the four major metro centers in four regions of India.

Everyone in India shares the feeling expressed by PM Modi that they have lost a father figure whom they loved & respected so much. India’s success so far & into the future rests on what this simple son of the soil did for his Mother India.