The week’s message was very clear. Monday was a down 95 points day because of fear of President Trump’s decision due that evening. The tariffs announced were 10% on the first tranche of exports from China. The next morning, the feared retaliation from China was dovish. So the big & feared US-China event risk turned out to be Tariffilocks, a lame term for Goldilocks version of the feared tariffs.

This action made perfect sense to Mohamed El-Erian who tweeted:

This Tariffilocks rally was even more evident in Chinese market ETFs which closed up 6% on the week with, EEM, the broad EM ETF, up 3% on the week. 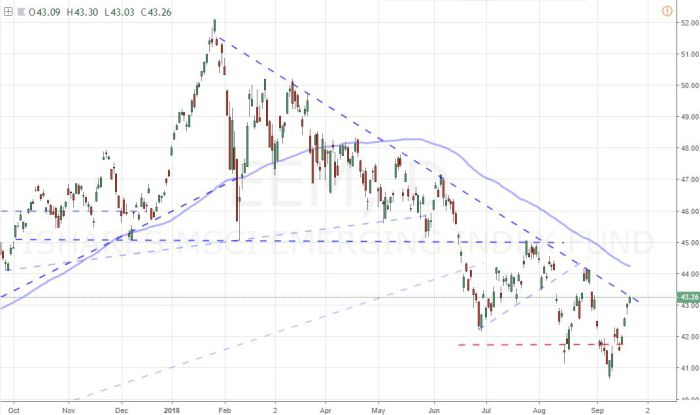 But isn’t this 10% on $200B of exports only the first step? What about the second step of tariffs on $267 B of Chinese exports? That was forgotten by most this week with the exception of Larry McDonald of ACG Analytics. Based on what he heard from the DC leadership, he said on Friday:

But that is ten days away, right? So at least for that period, 3 of the 4 event risks we identified two weeks ago, China-US tariffs, EM liquidation & conflict in Idlib, Syria seem dormant at least in the very near term. That leaves the No. 1 event risk we had identified.

This meeting might prove to be an important one. A rate hike is likely to put the Federal Funds rate above the inflation rate, meaning the real FF rate will finally become positive. And if Fed affirms their previous dots to suggest 3 more rate hikes in 2019, then the real FF rate will get to 100 bps in 2019.

Why is this important? On Wednesday, September 19, Ruchir Sharma of Morgan Stanley Investment Management said clearly both in his NYT Op-Ed and in his clip below that a FF rate at or above 100 bps has always created market turmoil. And given that markets are now 3X the size of the global GDP, a severe turmoil in global markets is likely to create blowback on the global economy.

In more detail, excerpts from Sharma’s NYT Op-Ed titled How the Next Downturn Will Surprise Us:

But is this a storm brewing?

The fever of the up move in rates on Tuesday & Wednesday was interesting. Some, like CNBC Options Action, talked about rumors of Chinese selling Treasuries. But the fever seemed to pass on Thursday when a portion of the move was reversed.

But these rumors of Chinese selling and the harsh reaction in rates may be unsettling to the Fed. While the Fed does want to raise rates, we wonder whether they are somewhat concerned about abetting an unstable condition in interest rate markets. And the move has opened a divergence between inflation expectations & the 10-year yield: 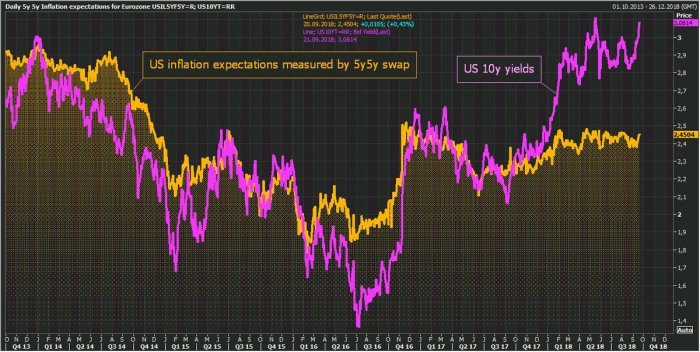 Remember Greg Harmon of Dragonfly Capital who warned on August 31 about Bonds Hanging on by the Fingertips. He has correctly warned about Treasuries twice already. So what did he say this Wednesday?

By Friday, some others were willing to bet on a bounce. Specifically, the trading team at CNBC Options Action recommended a November 117-122 call spread in TLT. 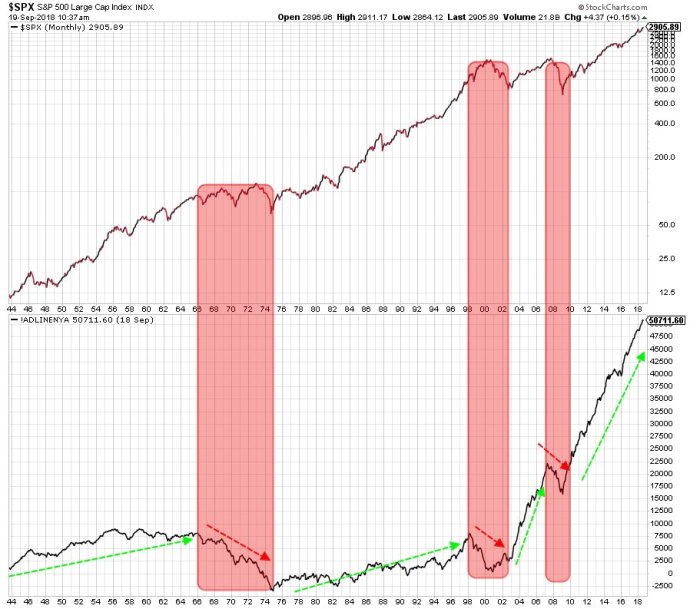 What about institutional cash levels? 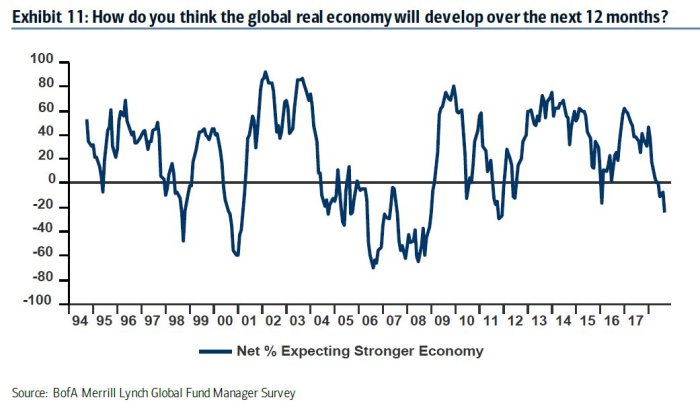 Emerging markets enjoyed a hard bounce this week. Not only were Chinese ETFs up 6%, the Brazil ETF, EWZ, rallied 8% on the week. The exception were the Indian ETFs which were down 3% on the week. This week Goldman downgraded the Indian stock market on valuation concerns & the prospects of a difficult election next May. A hard decision by the Reserve Bank of India to sanction heads of a major private bank led to a 24% decline on Friday in Yes Bank stock and took down the broad indices as well.

We applaud the Reserve Bank for this & similar strong steps. Such steps are the basis for our belief that the NPL (Non-performing loans) problem for Indian banks has already peaked. This is similar, we think, to the S&L problem in American banking in 1990. The harder & harsher the RBI gets, the faster the medicine will clean up Indian lending & begin a virtuous cycle in the economy.

The US Dollar was down about 75 bps this week despite the tariffs imposed on Chinese exports. Now comes the FOMC meeting, an event that could move the Dollar. With the Dollar, come moves in commodities, especially Gold & Oil. 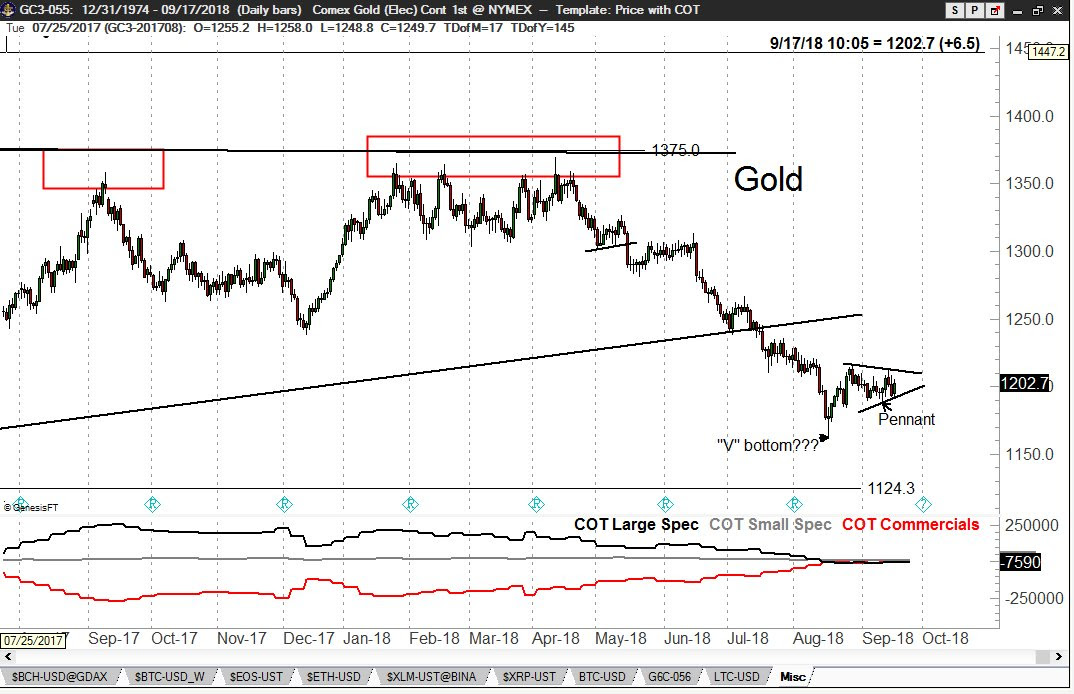