What a difference one day can make when event risk is involved! Not only was the Italian stock market down 4%, but Italian bonds also took a huge hit: 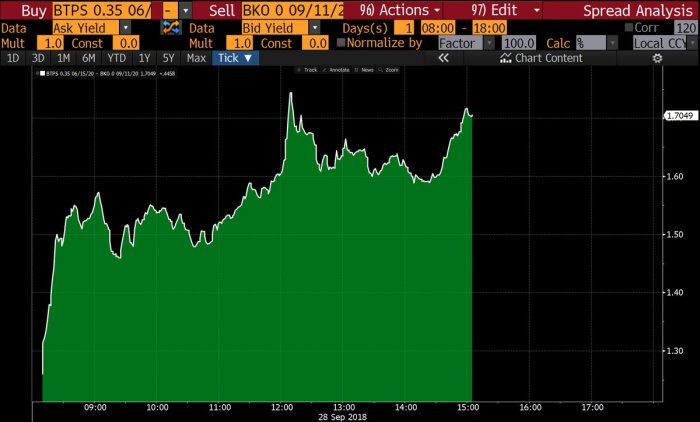 At least, Italian bonds are still trading, meaning capital is moving. Is there a scenario in which markets create a “stop” in capital?

Remember what Geopolitical Futures had written 4 weeks ago?

Clearly Italy understands what the austerity approach has done to Greece. They would never accept that. So they plan to generate growth to help with their debt load. But, as Larry McDonald of Bear Traps Report pointed out, – “Italy YoY GDP at 1.15% in the June 30 result. Only one year in the last ten (2010) was growth above 2%, debt to GDP near 140% will do that“

So the banks across EU got hit very hard, “some off as much as 8% today – index down 4.8%“, to quote Larry McDonald. What are the two words that transport Europe’s problems to America? Counterparty & Contagion. No wonder Bank of America, Goldman & other US banks fell by 4-5% this week.

Financials may have been rocked but the S&P was only down by 55 bps or 16 handles on the week and the Nasdaq 100 was up 1.2% on the week. So event risks, at least so far, have been like dogs who finally catch up to the car. What do the dogs do to the car then? That is why the Dow, while down 100 pts pre-market, began climbing around 10:00 am to about 100 points up and closed up 18 points.

Same old, same old! Not only did the Fed raise 25 bps as expected, their guidance/talk was almost as expected. So why shouldn’t the S&P behave as it has on other rate hike days? 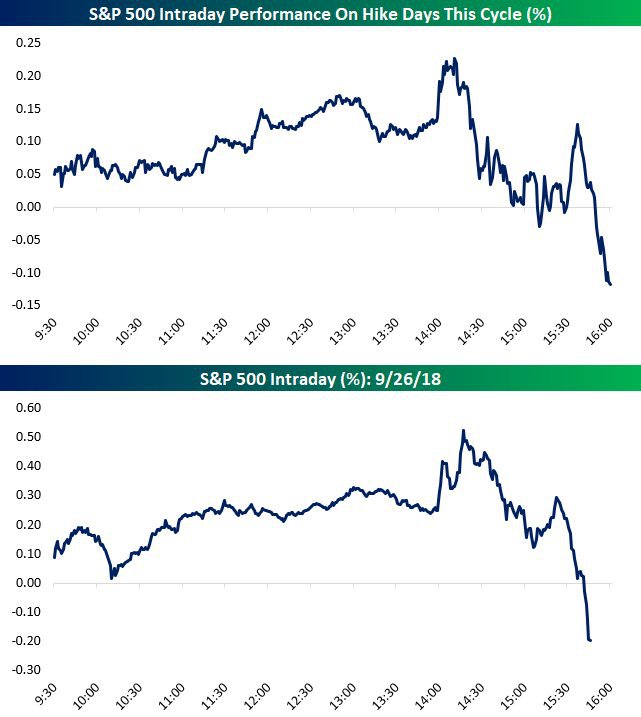 And some of the commentary was also same old: 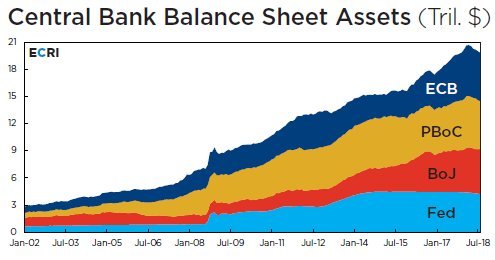 How should US interest rates behave when liquidity is removed in a slowdown?

Not only did long rates come down post-Fed, but rates in the 2-5 year sector came down a bit more. But that merely reversed the pre-Fed rise in rates on Monday & Tuesday. So no discernible change week/week. Next week is the NonFarm Payroll report which could move rates.

The one difference was the recession alerts we heard & read from some smart gurus. Of course, they came to the recession possibility from two completely different predictions about interest rate movements. But more on in Section 4 below.

Thanks to Ryan Detrick, we actually have bullish comments this week about the near term:

For those who think 20 years is too small a sample:

Now to a tepid bullish comment from Lawrence McMillan of Option Strategist: 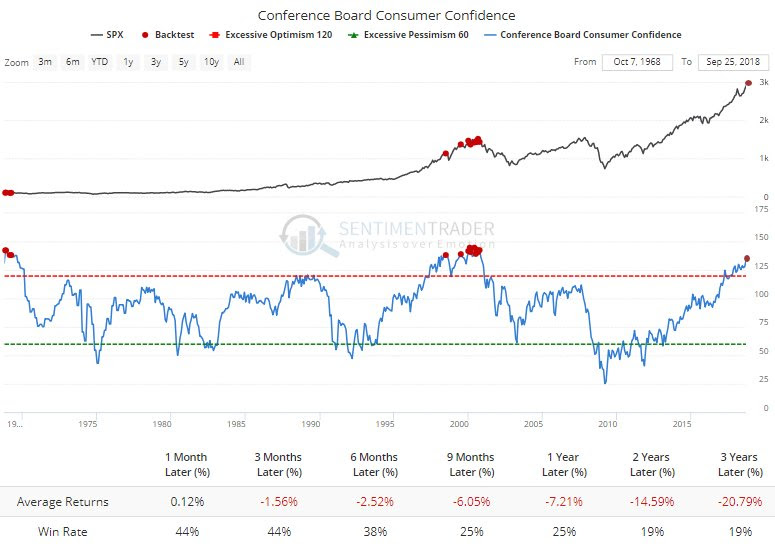 Speaking of Hindenburgs, not just one or two but Ten Hindenburgs to quote Tom McClellan: 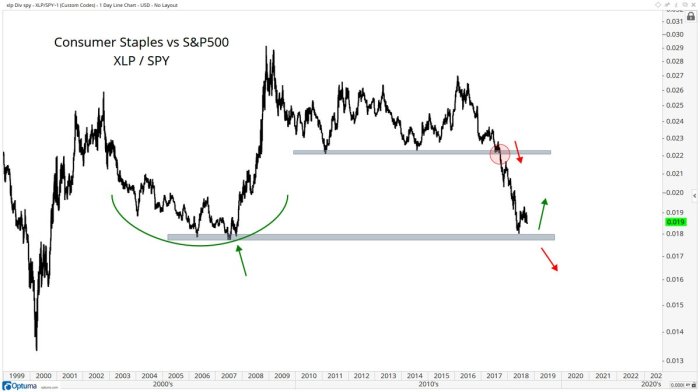 But the above is just about one sector. What about a 2007 analog for multiple sectors?

But what about Small Caps, the one sector protected from overseas issues? 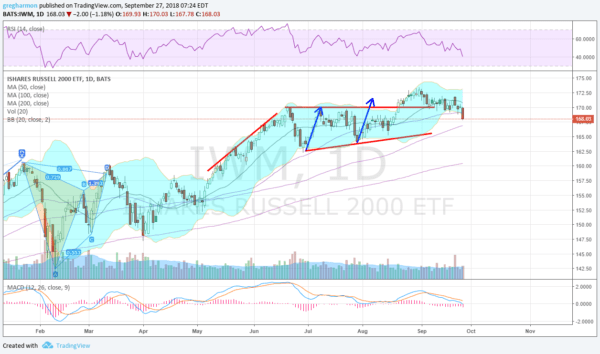 His sensible suggestion – “lets wait until at least Monday and the start of a new month and quarter to decide.”

Any comments on EM? An old tenet says a big drop in an asset class doesn’t end until the most resilient component of that class finally breaks down to join others. We had quoted this 4-5 weeks ago and wondered whether the bear market in EM could possibly end without the Indian stock market breaking down & joining others. This week, the Indian stock market went down hard with the broad ETFs down 3-5% on the week. This action made even a fervent bull like J.C. Parets raise warning flags:

After the Fed raised rates on Wednesday, Jim Rickards, author of “Currency Wars” wrote an article this week titled One Step Closer to Recession:

Jim Rickards is a markets analyst who uses behavioral economics & complexity theory to analyze markets. Martin Feldstein of Harvard is a classical economist. He is also warning of coming recession, but from a totally different set of perspectives. Contrary to Jim Rickards, Martin Feldstein thinks Fed is too slow to raise interest rates & that will prove to be a problem. Below are excerpts from his article in the Wall Street Journal titled Another Recession is Looming:

“At this time a very crowded trade is in play, an 18-year extreme. If history is a guide, Silver is currently closer to a short-term low than a high. … The declines in Silver and the SLV/GLD ratio have created potentially bullish falling wedge patterns over the past few months.” 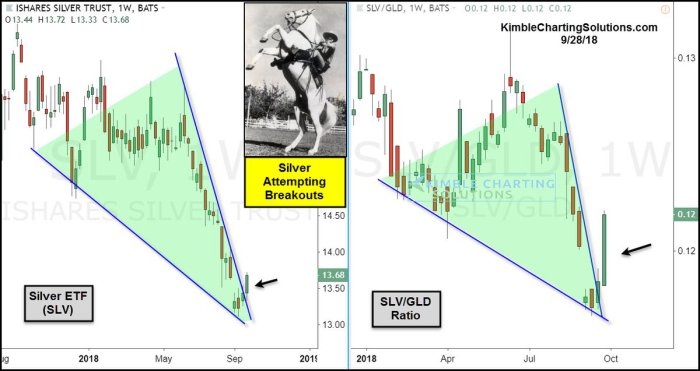