Markets dealt investors one hand on Wednesday, an almost euphoric hand with Dow up 545 points or 2.1%, the S&P up 58 handles or up 2.1% and the NDX up 214 points or up 3%. EM also rallied hard and the Dollar was down. Even rates behaved well, down in the morning and up just a bit by the close. This euphoria was due to the nearly perfect results of the mid term election with President Trump & Republicans gaining seats & retaining control of the Senate and the Democrats winning the House.

Then Friday dealt investors a totally different hand, this one due entirely to the Federal Reserve & its statement following the FOMC meeting.

The reaction began after the FOMC statement. But, as usual, the real reaction of the markets came the next morning. It was a totally risk-off day with the Dollar up, stocks & commodities down hard. The worst hit was the NDX with Semis & FANG stocks clobbered with EM etfs.

So what happens from now until the end of the year? Does the stock market benefit from the traditional year-end rally or will they wilt into year end as they did in some years? What years you ask?

To this day, we vividly recall what Abby Joseph Cohen said on CNBC back in October 2000. She said that the year-end rally always takes place unless there markets are faced with deflation. That was certainly the case in 2000, 2001, 2002 & 2008.

So what are we all facing?

The PPI release on Friday said inflation/stagflation. But look at the 9-day collapse in Oil that is screaming forget about inflation. And you have cycle specialists like ECRI’s Lakshman Achuthan saying “inflation has already started to go lower”.

Isn’t there a dictum that says it is bullish when markets don’t go down on news that is bad for them? Look what happened on Friday – despite a strong  inflationary/stagflationary PPI, Treasury yields fell by 3.5 – 5 bps along the entire curve. In fact, the 5-year yield fell the most – by 5 bps while the 30-year & 2-year yields fell by 3.7 bps. Rick Santelli pointed out the double top in the 10-year yield:

He cautioned though that the 30-year yield has not made a double top yet. But Paul Ciana of BAML saw short-term buy signals in both 5-year and 10-year Treasuries. He thinks they can bounce 3-5 points here. Best to view his charts & explanation directly:

How are indicators of the global economy acting? 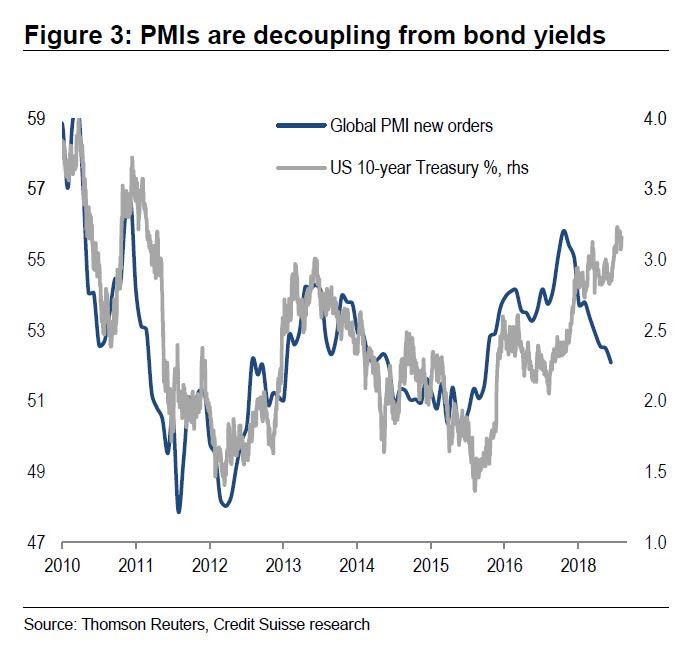 This chart above supports Cramer’s statement that the “Fed is simultaneously tightening while the world is slowing”. But hasn’t that been the Fed’s modus operandi until now, at least according to what Ellen Zentner of Morgan Stanley said on BTV on Friday morning?

What is the old adage? The Fed keeps tightening until something breaks. Well, Rick Rieder was quoted by BTV on Friday morning saying “its starting to break a bit”:

Does Chairman Powell see what Rick Rieder of BlackRock sees? Perhaps we will find out when he speaks next Wednesday.

Greg Harmon of DragonFly Capital laid out what he sees on Friday: 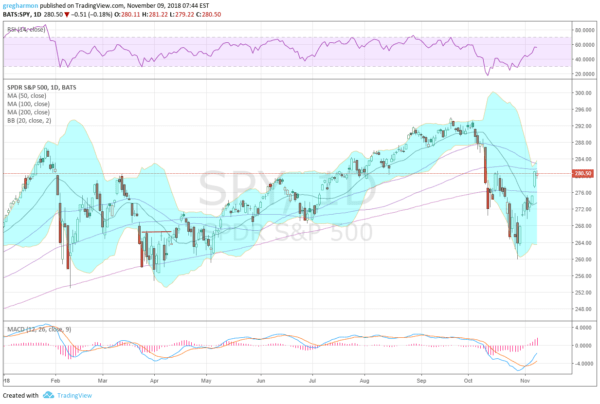 On the other hand, Lawrence McMillan of Option Strategist prefers to wait:

Tom McClellan appears closer to a clearly bullish call. But even he is awaiting confirmation of liquidity being added. This is despite his oscillator breaking above 200 this week:

He argues that the stock market is “transitioning now into the bullish phase of seasonality, … positive liquidity should be coming back … it should be a worldwide return on liquidity lasting until about late April of next year “. He thinks this phase would begin around the middle of November provided we get confirmation of liquidity.

Another issue according to Mark Newton: 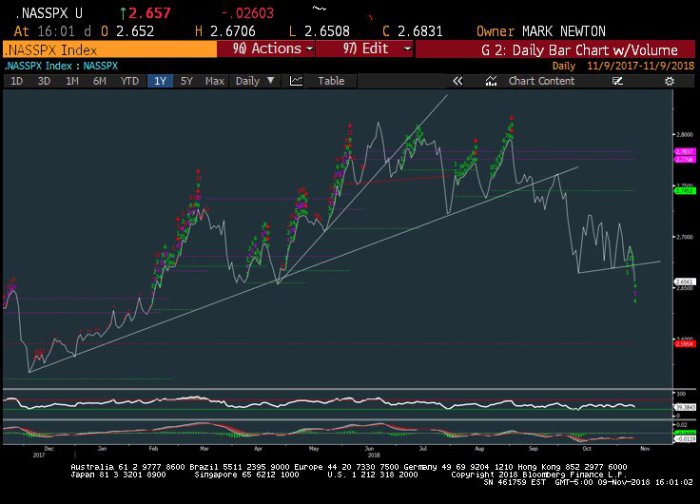 Some are sure of their long term call: 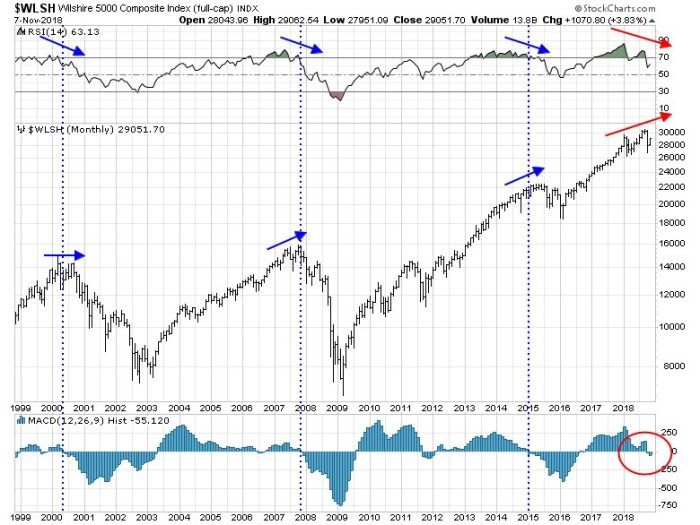 Talk about a collapse:

Is it so bad that it could be good? Or is the decline getting exhausted? 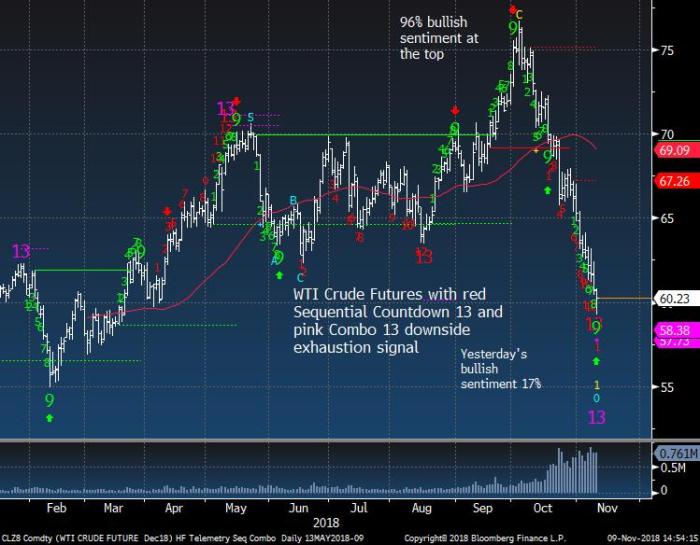 We have always liked trains, especially the local trains in Mumbai. Below is a love at first sight that happens on a Mumbai local. During a recent photo session, a millenial photographer thought the song below was “cool”. So here it is.