“Democracy is a government of the people, by the people and for the people. In a democracy, a government comes to power via free and fair elections. Today we see elections taking place in many countries in the world. But very few of these electocracies are democracies.”

“A real democracy is much much more than a system of electoral primacy. A functionally viable democracy needs Institutions; Institutions that are set up, maintained and obligated through out their existence to consider the nation’s good rather than the interests of a single political party, community or ideology. The heads of such institutions have the mandate to maintain, above all, the legitimacy of their institutions in the eyes of the people.”

We wrote the above words on August 25, 2012 when an intensely hot issue had polarized America. Obamacare, the signature achievement of President Obama, was pushed through by a Democrat controlled Congress in 2009. This law was hated by Republicans and conservatives. The ultimate decision about its legality ended up with the Supreme Court. But that Supreme Court was just as polarized as the country. What was the expectation of most in that case?

What did Chief Justice Roberts do then?

Chief Justice Roberts went against his own principles & legal thinking to uphold an even greater principle – that the Supreme Court is not a legislative body. The Obamacare issue touched virtually every American. So it was up to the American people through their elected representatives to either uphold or strike out Obamacare. That was NOT the job of nine unelected people in black robes in Washington DC.

Look what happened in 2016.The American people voted in a new Congress & a new President.The new Congress used their legislative authority to essentially strike out Obamacare and the new sitting President signed the new legislation. The will of the people was done again by the people’s representatives.

The US Supreme Court under the leadership of Chief Justice Roberts set a great example for all the Judicial bodies in the world.

Guess, the NonPakistani Supreme Court either did not understand the above example or decided to overrule it. In doing so, they plunged that so-called nation into intense turmoil. According to a Guardian article, 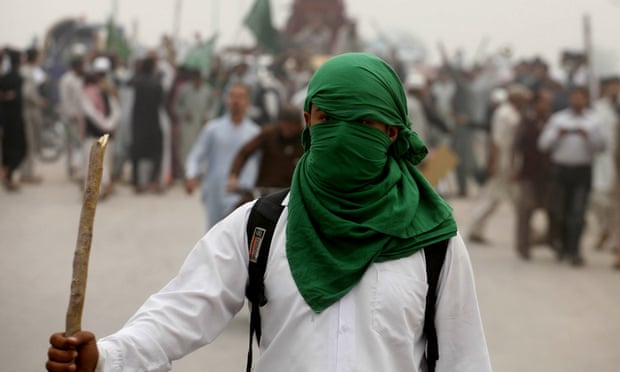 The issue seems both bizarre & nuts to most outside that arena. According to the Guardian article, Asia Bibi, a Christian woman, drank from a cup of water that she was giving to thirsty Muslim fruit-pickers. That made either the water or the cup NaPak or non-pure from their religious viewpoint. It could only be restored to its “pak” form if Asia Bibi converted to Islam. If she didn’t, she would have to die for her blasphemy.

Apparently, she refused to convert & was sentenced to death. She has remained on death row for the past 8 years until the Pakistani Supreme Court overturned her verdict this week. Whatever the rest of the world thinks, this issue has inflamed the true believers & angered the majority. Blasphemy is a burning issue in that “pak” or spiritually pure land and of special importance to the “Tehreek-e-Labbaik Pakistan (TLP), a rabid, fast-growing political party that exists solely to punish blasphemers“, as the Guardian put it.

Whatever the rest of the world thinks, the elected Government knew what was in its best interests. So, as Geo Tv reports, the Government & the TLP reached an agreement on Friday that stipulates:

1. A review petition has been filed in the Asia Bibi case which is the right of the petitioners. The government will raise no objections over the review petition.

2. Due process will be followed immediately to include the name of Asia Bibi in the Exit Control List (ECL).

3. Immediate legal action will be taken over the martyrdom of any individuals during the protest campaign against the acquittal of Asia Bibi.

4. All those arrested on October 30 or afterwards in the protest campaign against Asia Bibi’s acquittal will be released immediately.

5. The TLP apologises to anybody whose sentiments have been unnecessarily hurt during the incident.

Clearly a total surrender by the Government & the sidelining of the Supreme Court.

The real question is why was the Islamabad Supreme Court so stupid & foolhardy as to jump into this eight year old case. Was it a part of the Government’s negotiations to get an IMF loan? Regardless of the reason, the simplest & quietest way to resolve this case would have been to quietly send the unfortunate Christian woman out of NonPakistan to a safer country with an asylum appeal.

Was this Supreme Court decision part of a broader plan to project the new Government as a modern, western regime? If so, the Supreme Court was played for a fool by the new Prime Minister Imran Khan who himself took a big hit. The only beneficiaries of this stupid episode were the TLP & other religious parties who can proudly tell the people of that land how they protected their religion.

Why didn’t the Supreme Court refuse to get into this extremely emotional cauldron? Why didn’t they learn from the US Supreme Court that restricted itself to narrow opinions in specific cases of religious freedom instead of becoming an agent of change?

That brings us to the conjoined twin of NonPakistan, that proud self-proclaimed beacon of “democracy”  called India.

India proclaims itself to be so different & so “modern” than its conjoined twin called “pak”-i-stan or land of the spiritually pure. The reality on the ground is that India, especially North India, and “pak”-i-stan are far more alike than different. They think alike, their languages are almost twins and their “culture” is very similar. And naturally so with the Indo-Gangetic region being one land mass under one rule for thousands of years.

The one big difference stems from religion. The Muslim majority of the Indus plain is aggressive and gets extremist when Islamic values are at stake. In contrast, the Hindu majority of the Gangetic plain, perhaps because of  continuous subjugation by Muslims & British for 1,000 years, is still diffident & scared of open conflict over their religious values.

But that diffidence is slowly getting replaced by anger and a new determination to a physical fight over religious issues. And this fight is increasingly against the so-called “secular”, “modern” parts of the Indian establishment that still insist on following British traditions & standards.

And who has emerged as the champion & standard-bearer of the Brit-following, “modern” wing? The Supreme Court of India, a body of unelected people who function ONLY in English, a language that less than 20% of the country understand. In the past few years, this Supreme Court has taken upon itself the task of “converting” India from its traditional Indian roots & culture into a “pseudo-Brit” state.

They showed their ignorance of India, supposedly their own country, and contempt for centuries of religious convictions & traditions by ordering a 12th century temple in South India to change its practices. The reaction was intense. Hundreds of thousands of devotees, women & men, marched to the temple to defend it. Being South Indian Hindus, the devotees suffered brutal beatings from the people & continue to be beaten & arrested by the local government. The Indian Supreme Court has been content to watch these beatings & atrocities silently and, possibly, with contempt. 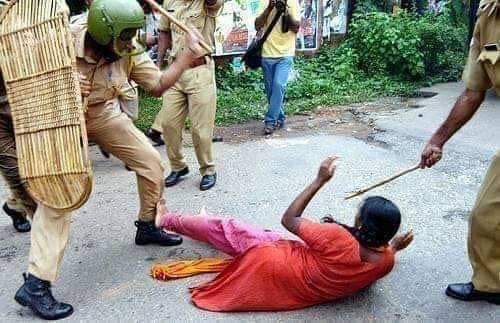 The Indian Supreme Court doesn’t seem to understand that they are virtually forcing Hindus to become more rigid, more determined and potentially more violent like Muslims of NonPakistan. Northern Hindus are already making this transition and using the “emotional” issue of cow-slaughter to fight the Brit-following bureaucracy.

The battle here is real. On one hand are a few unelected self-appointed people who are Brit-inspired and trained in Brit-servile institutions determined to impose their non-religious sway on the religious Indian people. On the other hand are the people & at least some of their elected representatives who want to get more & more Indian, both in religious & social matters.

We sincerely hope that the Indian Supreme Court learns from the US Supreme Court and lets the people & their elected representatives make policy and run government. But we are not optimistic because, as we hear from veteran lawyers, the Indian Judiciary are fond of saying “Americans are wealthy, but Indians are intelligent”.

We have little doubt that like the Brits who went away, today’s Brit-following Judiciary will go away too. The question is how much anger & potential extremism they force on the Indian majority before they are replaced by a true Indian judiciary.