Last week, Janet Yellen said “It’s possible we saw the last rate hike of the cycle “.  Now this week, according to the Wall Street Journal,

Specifically, what is in sight is “an end to the central bank’s portfolio wind-down“. So not only are rate hikes done but QT is also done?

The big question is how this is to be read. The hopeful option is: 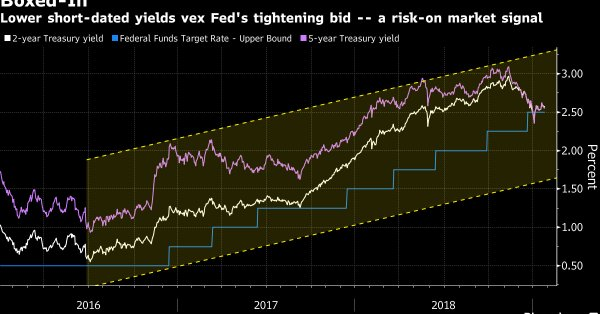 The Bloomberg article describes the views of Wouter Sturkenboom, Northern Trust Asset Management’s Amsterdam-based chief investment strategist for Europe and Asia. That firm sees sees “clear sailing for the rally for now.” They are “adding equities and bonds of developing nations while cutting cash and government debt“.

They think, “the five-year U.S. government bond yield would need to rise “meaningfully” to give the central bank the green light to push ahead with its indicative tightening plan“. And the other factor is “the belief that the greenback is losing steam“. Simply put,

The other or a non-optimistic view was articulated by Greg Jensen of Bridgewater from Davos:

Speaking of diminished growth expectations, you have: 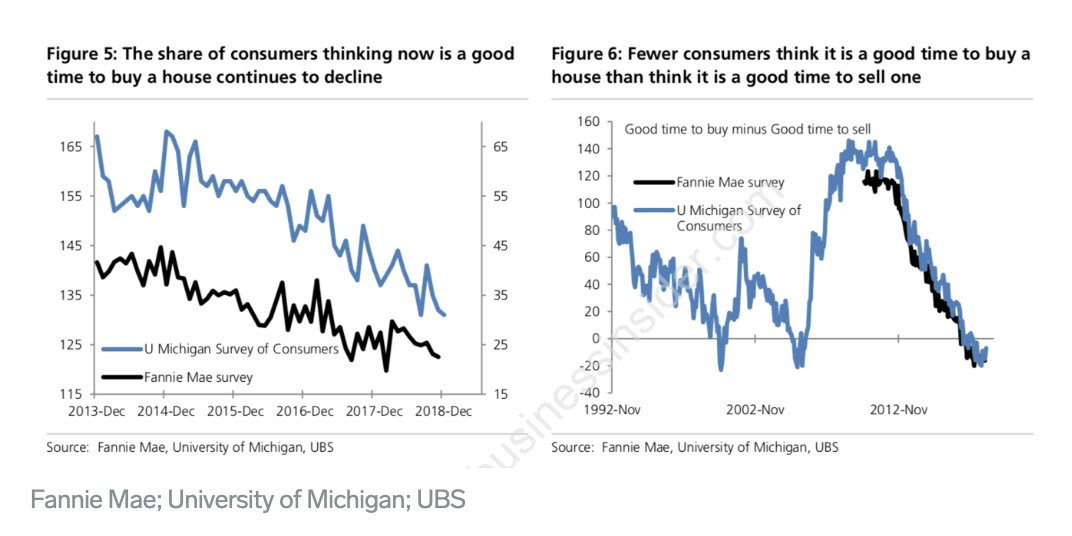 Our own belief is that the Fed is steadily falling behind the economic cycle and they have little chance of reversing the US slowdown unless they jump ahead by cutting interest rates. Now that they have 3 weeks of respite from the shutdown, they should use to cut interest rates next Wednesday. But they won’t because of the blasted concept of Fed’s credibility which dictates Fed should move slowly & deliberately rather than moving at battle speed.

Moving across the Pacific brings us to the real danger & its cause:

The article describes the views presented by Professor Ken Rogoff at Davos and makes chilling reading:

That he calls, the “3rd leg of the global debt supercycle” that is on the scale of 2008. The danger he sees is  “that China and Asian tigers could be forced to pull in some of their trillions of offshore global funds to cover urgent needs at home, drying up or even –reversing the Asian “savings glut”.”

And you thought David Rosenberg was un-rosy!

So where could the 10-year yield go? 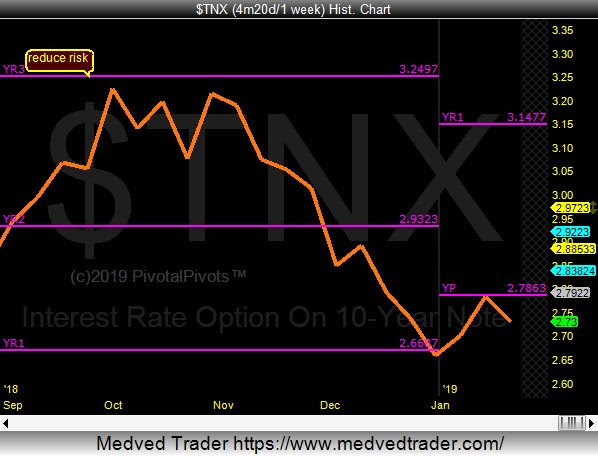 . In fact, Carter Worth recommended a pair-trade on Friday – Sell Amazon & Buy TLT.

Was this week a consolidation or the beginning of a down spell? 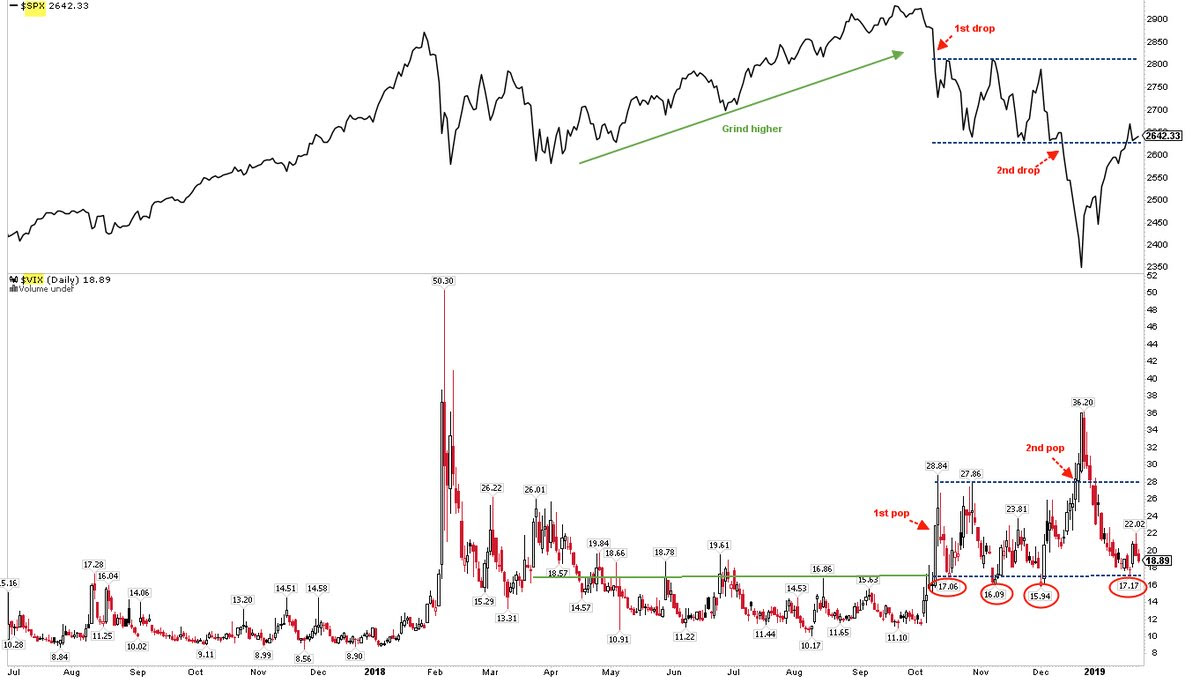 The Dollar fell this week by about 65 bps but maintained its proximity to 96 on DXY. 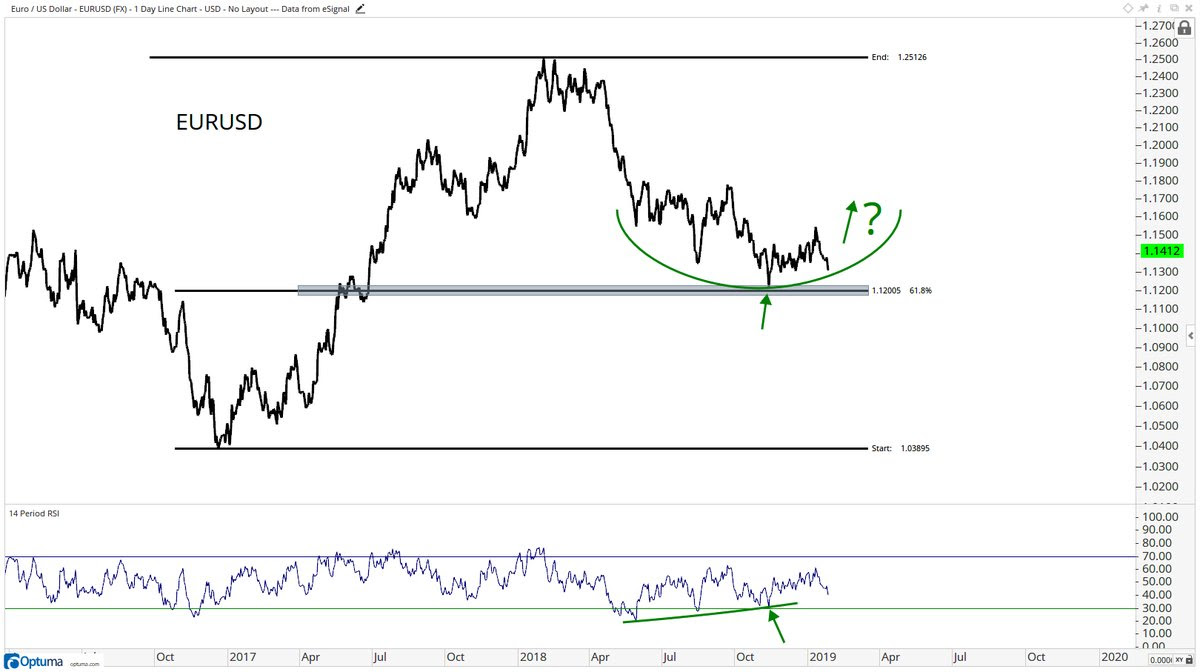 One implication is obviously Emerging Market Equities. So what did Mr. EM Equity, Mark Mobius, say to BTV on Friday:

Mobius said now is the time to buy their equities and favors India, Brazil and Turkey.

Despite the election risk in India, Mobius said he doesn’t see a reversal of reforms, especially on the goods and services tax

Mr. Mobius has forgotten more than we know but things don’t look all that great in India right now. The election is a big worry with the prospect of capital fleeing India if the result is a hung parliament with a coalition non-Modi prime minister.  Consumer demand is not hot and there is a lot of rural stress.

And what else does well as the Dollar loses steam and when the world looks dangerous? Gold rallied hard with Gold Miners up 4.5%. Silver rallied even harder. Previous rallies on Friday have dissipated during the following week. Will this rally be different?

Will Amazon talk about their new challenge in India from Reliance and provide some guidance of their long term expectations in this week’s conference call? Amazon is the champion of low prices in America. But is Amazon prepared for India-style low prices? How low, do you ask? A Bloomberg article provides an answer:

At that rate, even the 280 million customer base can only generate $560 million. At that rate, it would take Reliance almost 75 months to get their investment money back just on revenue & assuming zero operating costs.

On the other hand, the same customer base watches “almost 5 billion hours of video a month on their mobile phones and fiber broadband connections with [Reliance] Jio [phones]“.

So how does the retail business work with this base in an AWS+Retail platform? The Bloomberg article explains . Ambani’s plan is

This seems incredibly ambitious. But then you see what Ambani’s entry in to telecom with Jio phones has done to the competition:

That has been the way for both Reliance in India and Amazon in America. The twain shall meet soon.

This Saturday is India’s Republic Day. National Geographic is unveiling the premier of Extreme Flying, a documentary on Indian Air Force. What web-platform did National Geographic choose to launch their documentary? Not Netflix in India, not Amazon Prime Video. They chose Hotstar, the web platform that is becoming a content giant in India. For more details, refer to the discussion on Hotstar vs. Netflix in our last week’s article.