This week pretty much confirmed much of the Fed situation. First, the Fed minutes on Wednesday that appeared to be so different than what we all heard on December FOMC day. So different that one mystery was resolved courtesy of one ex-insider. Look what Danielle DiMartino said on Fox Business:

That realization was actually a positive because it showed us the new Jay Powell, the Powell who spoke publicly at the Washington Economic Club.

That has to be positive for Bonds, right? But does that address all “residual hawkishness”? No. It does not. Because the Powell Fed is continuing with QT and that is tantamount to raising rates: 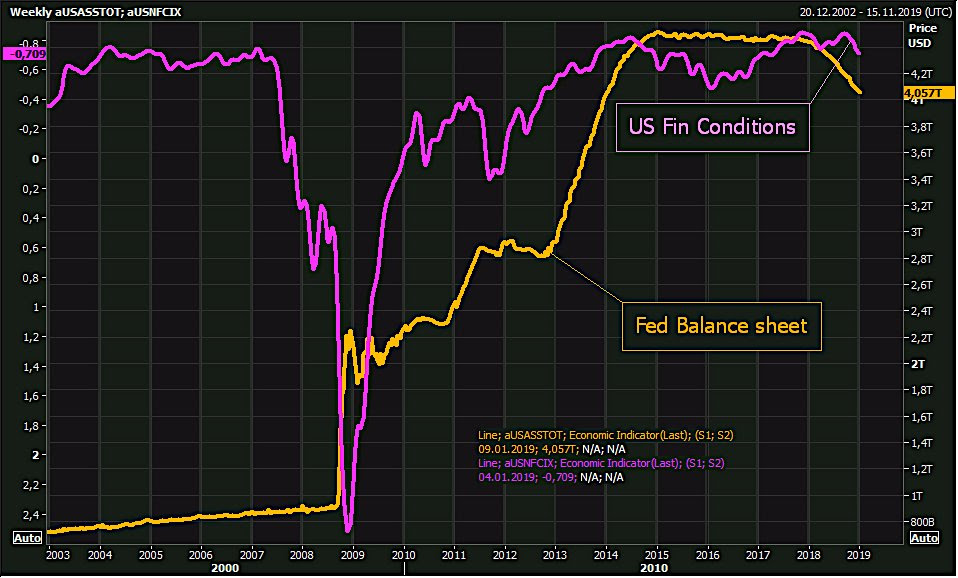 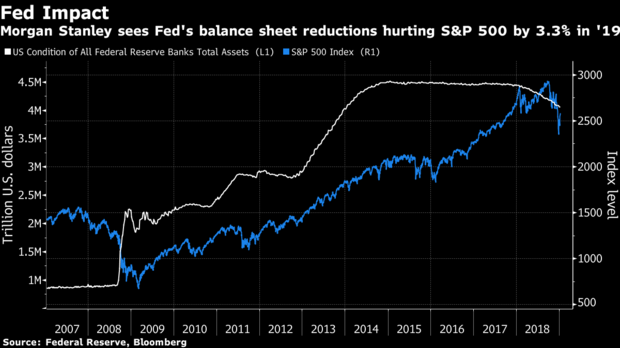 This is what Gundlach has termed a “suicide policy”. That may be too harsh but there is no doubt this double barrel liquidity squeeze will put an upward pressure on Treasury yields. That is what we saw this week. So, despite the sharp fall in yields on Friday after the negative inflation number, the 30-year yield rose by 6 bps on the week & the 2-3 year Treasury yields rose by 4 bps. This did eliminate the 1yr-7 yr inversion but the 1-5 year curve remained inverted at the end of the week.

But this is only in Treasuries, especially in long maturity Treasuries. Compare the performance of TLT to that of PNF, a leveraged NY Muni Closed End Fund so far in 2019.

The terrific rally in leveraged Muni Closed End Funds is better seen via a 1-year chart of PNF:

Yes, PNF is up 7.93% so far in January and yields 5.42% (triple tax exempt) after the rally. Nothing new here, folks. Standard operating procedure is to buy leveraged Muni closed end bond funds AS Fed tightening starts getting priced out of the system.

Can we say that about stocks? Yes, subject to one caveat – that Fed has not tightened so much as to cause a recession. That brings us to:

So the big question is whether the Powell Fed will cut interest rates instead of merely taking a pause while maintaining QT. We all know China is slowing hard. And we saw Germany this week:

That leaves the big question. Has the Powell Fed retained enough “residual hawkishness” to resist cutting interest rates? If so, will we see the old pattern repeating – a stock rally & increased Treasury issuance forces interest rates back up which in turn weakens the interest rate sensitive sectors of the economy that causes a stock selloff.

But what about arm chair commentators on Fin TV who profess smugly that the Fed should stand firm against markets & focus on the economy.

And not just households. The exposure of corporations to interest rates is also very high. Guess the arm chair TV talkers don’t understand how leveraged the US economy is. The Powell Fed does understand this even though many on Fin TV don’t.

Don’t we have anything positive to say? We do, in the first part of the next section via indicators with a good track record.

First the longer term positive indicators, at least based on past history.

What a parallel would that be, right? Especially when you add another proven indicator: 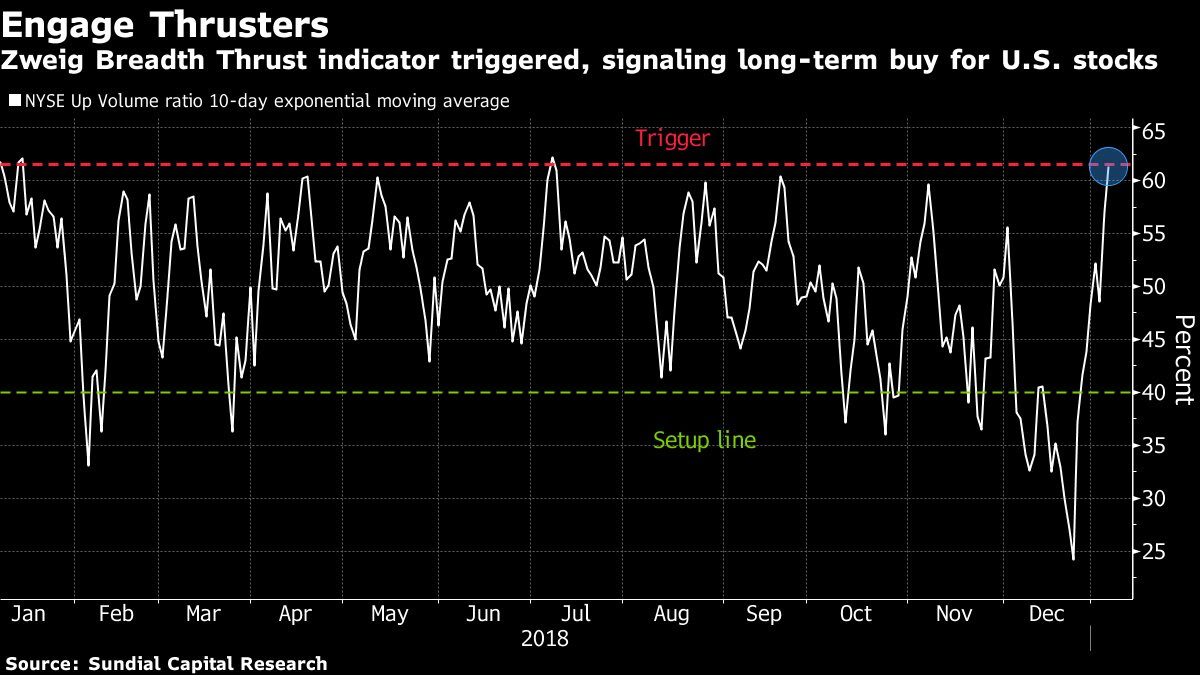 And how rare is this indicator? It has occurred only 11 times in the last 40 years, according to @ukarlewitz .

What else do we have going on the long side, at least for next week? Option Expiration Week. And enough room to get up to a short term peak according to: 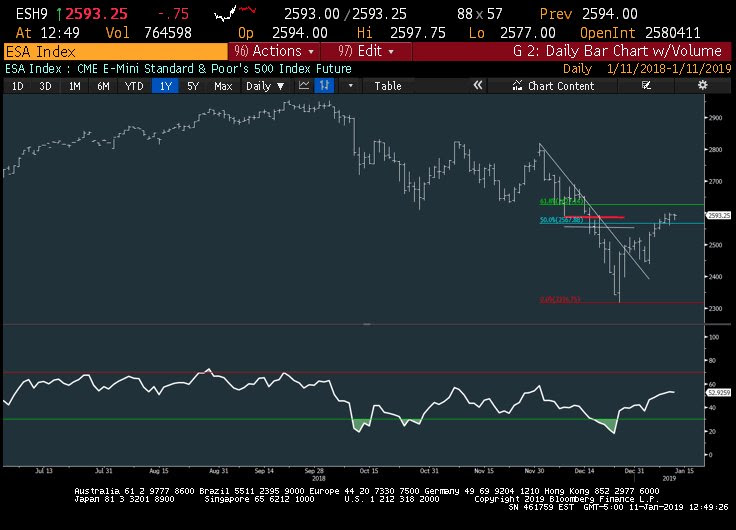 What did Lawrence McMillan write on Friday?

But is volatility sending a message?

We won’t have to wait long to find out whether corporate profits exceed or miss already reduced forecasts. How the stock market reacts to profits will tell us more than all of the above stuff.

How fast are markets moving right now? Last week, we featured a tweet by Mark Newton that was bullish on oil. Oil rallied by 7% this week and now Mark Newton is changing his tune because of trend exhaustion: 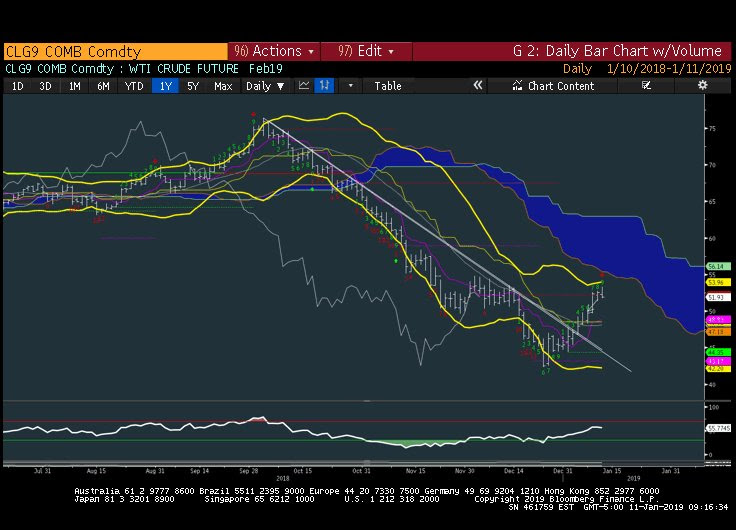 What about Gold, you ask! 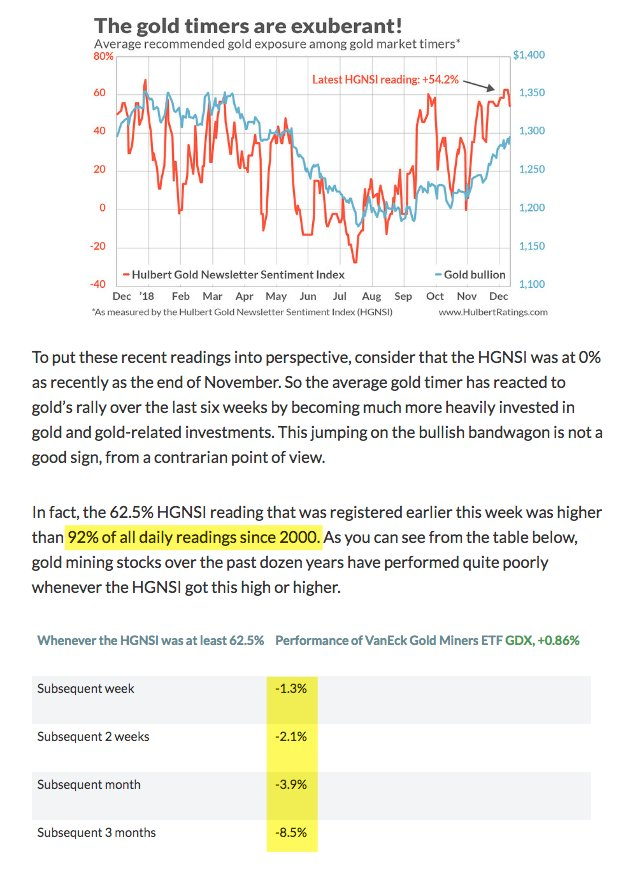