Sometimes we wonder why people don’t see what is happening before their eyes. Perhaps because their minds are so cluttered with baggage that their eyes have turned inwards. This is the singular difference between the majority of US establishment and President Trump.

Perhaps our advantage is that we never knew Donald Trump or knew much about him before he came down the escalator in 2015 to announce his campaign. So we have been able to look at & appreciate his statements, his approach and, above all, his vision for America in the World without any preconceived notions. In fact, our very first positive article about Mr. Trump was on October 31, 2015 about what an anti-Trump author wrote in Foreign Policy magazine:

Now look at President Trump’s track record. He ran on ending NAFTA & promised to end it if he could not get a better deal with Mexico & Canada. He got it. He got North Korea to back track from their previous anti-America policy and now South Korea & North Korea are slowly mending their relationship. No one would have even contemplated that possibility before Trump.

President Trump was correctly contemptuous of European Union and Angela Merkel of Germany. He has been proven correct. Merkel is on her way out & with her the EU is almost crumbling. A political resurgence in South Europe & Eastern Europe is bringing Trump allies to power.

Before Trump, everyone in America thought the rise of China to superpower status was unstoppable. President Trump saw through the appearance of Chinese strength and he has challenged China to mend its ways both economically and militarily. We all see the rising weakness in Chinese economy and the new eagerness of the Chinese leadership to make a deal they can live with.

President Trump openly declared Iran to be an adversary of America and terminated the US-Iran nuclear deal. And he imposed almost crippling sanctions on Iran while maintaining he would like open negotiations with Iran on a new deal that would be fair to America and good for the Middle East. Iran is now in serious trouble, economically and regionally.

Now look back to the above quote beginning with “In simplest terms..” and apply it to Syria. It is eminently sensible and important for America to get out of Syria. There is virtually nothing left to do there. The Assad Government is now firmly back in and the World recognizes it. The Gulf States & Europe are beginning to reopen embassies in Damascus because Syria is too important regionally to leave to Iran. Russia and Turkey, the two major powers, have made a deal to manage the remaining troubled province near the Turkish border. The Syrian Kurds are a problem. It will be very hard for America to publicly sacrifice Kurds to Turkey. So appearances will have to be maintained for some time but the reality is America is getting out of Syria and that is a good thing.

This is now the time to begin talks with Iran. Because the Middle East would be too unstable without a strongish Iran and Iran is too vital for the establishment of a stable regime in Afghanistan. And so is Russia. Now listen to a classic opening gambit by President Trump about Afghanistan:

This is a call by President Trump for neighbors of Afghanistan to come together & contribute economically, politically & militarily in Afghanistan. It is based on the absolute reality that every neighbor, including Iran, NonPakistan, Russia & India, wants US to stay in Afghanistan at least for the near term. Because if America were to leave suddenly, chaos would reign and affect all these countries & smaller Central Asian neighbors.

But how do US & Iran begin talks? Not publicly, of course. So look what happened this week. President Trump spoke with Prime Minister Modi earlier this week just before the Iranian foreign minister arrived in India for talks. What else happened this past week? India started paying Iran for Iranian oil in Indian Rupees to avoid breaking dollar-based US sanctions against Iran.

And, perhaps above all, India took over operations of the strategic Chabahar port in the Sistan-Balochistan province of energy-rich Iran’s southern coast. Chabahar is connected to Afghanistan via a highway built by India in Afghanistan. The opening of the India Ports Global Chabahar Free Zone was jointed attended by Indian, Iranian & Afghan delegations. And America is all in favor of India-Iran Chabahar project because it gives Afghanistan a second access to the sea besides the route through NonPakistan.

So who is better positioned to act as a friendly go-between America and Iran about Afghanistan than India? 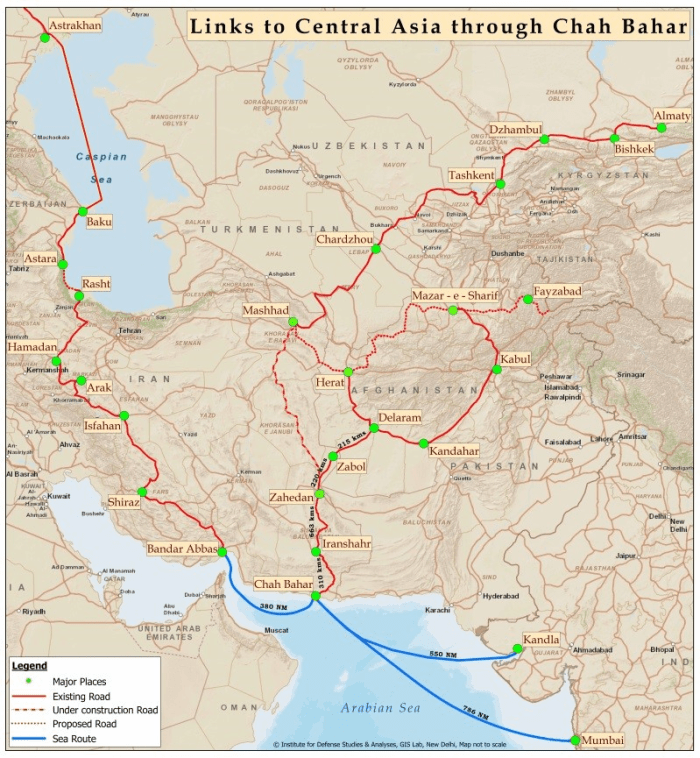 Actually Chabahar is likely to be much much more by enabling all of Central Asia to link to the Middle East, thus perhaps reducing that region’s crippling dependence on Russia & China.

Also look at the map above & focus on the Omani town of Muscat located across from Chabahar on the south side of the Straits of Hormuz. Muscat boasts of a major strategic air base that guards the entrance of the Straits of Hormuz. Withing 5 years & certainly within 10 years, a stronger Indian Air Force will be allowed by Oman to use the Muscat air base as a friendly guardian. And United Arab Emirates, located to the north of Muscat, will welcome the presence of Indian Air Force at Muscat.

Now think back to February 2018 when Indian Navy was given access to Duqm by Oman. What & where is Duqm, you ask? Duqm, located south of Muscat in Oman, is a brand new port developed by Oman and increasingly used by the US Navy to patrol the Straits of Hormuz without keeping ships within the crowded Persian Gulf. Duqm is located on the other side of the Arabian Sea directly across from Mumbai & Indian Navy’s Western Command. So access to Duqm will enable the Indian Navy to better patrol & guard the entrance to the Straits of Hormuz with the US Navy. 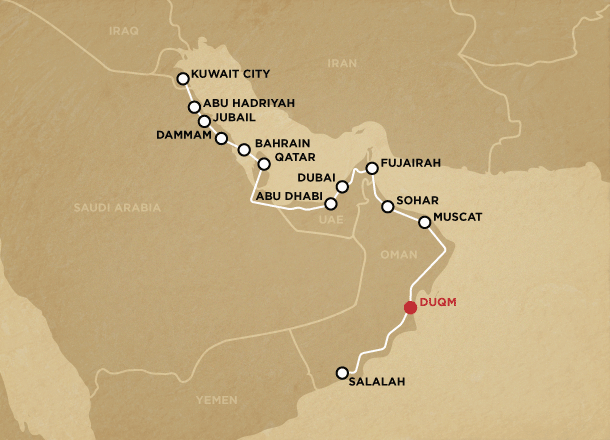 Now listen to the above clip of President Trump and notice one exclusion. His comments about Afghanistan include Russia, Iran, India, NonPakistan. Notice he didn’t mention China at all even though China is now in the process of establishing a military base in Afghanistan. Notice also the comically disparaging reference to India and its “library”. It is a clear signal that President Trump wants India to be more involved in Afghanistan with Iran & Russia to the exclusion of China.

This shows the naturally evolving relationship between US & India in the politico-military sphere. It is a quiet evolution to the benefit of both nations and the Indo-Pacific.

But wait a minute. The Straits of Hormuz is at one extremity of the Indian reach. What about the other extremity that guards the even more important Strait of Malacca, the strait that is the sole access for China, South East Asia, Japan & Australia to the Indian Ocean.

Is there an equivalent to Chabahar near the Straits of Malacca, a port that can create access to South East Asia? Is there an equivalent of Oman near that Strait? The answer is yes and there was a major development there this past week. That will be the topic of our next article about Part II of the naturally evolving US-India relationship.