Paul Hickey of Bespoke said on Tuesday – “last hour strength is ridiculously high“. Isn’t that the hour for institutions to buy? What does that say about positioning? That large players are not invested enough and they are trying to get in almost every day. That may be why Thursday morning’s of 235 points was nearly wiped out by mid-afternoon and why the pre-market decline on Friday was reversed & converted into a up 443 point day with news of a China deal and postponement of tariff escalation slated for March 1.

Of course the indices were propelled up over the obstacles by news & hopes of a large liquidity injection in China (Chinese market up 6% on the week & $ASHR up 5%) and renewed bond buying discussion in the ECB. Also Dr. Brainard of the US Fed openly spoke about curtailing or pausing the Fed’s QT.

Are we back in a period like 2011-2012 when QE got adopted around the world? If so, why would any one worry about earnings estimates getting cut hard or even about a global synchronized slowdown? Especially when positioning is still not what it should be in a rally with such momentum.

This combination of not-so-full positioning and expectations of greater central bank liquidity around the world is overwhelming fears of a global slowdown. It is as if the Tepper Corollary is back – if slowdown is not as bad as feared, if earnings downgrades trough soon, then markets should rally and if slowdown is really bad then we can trust the Central Banks to inject more liquidity that would propel stocks.

In a similar spirit, Jim Cramer summarized the views of Carley Garner, a technical guru at his RealMoney in a detailed clip: 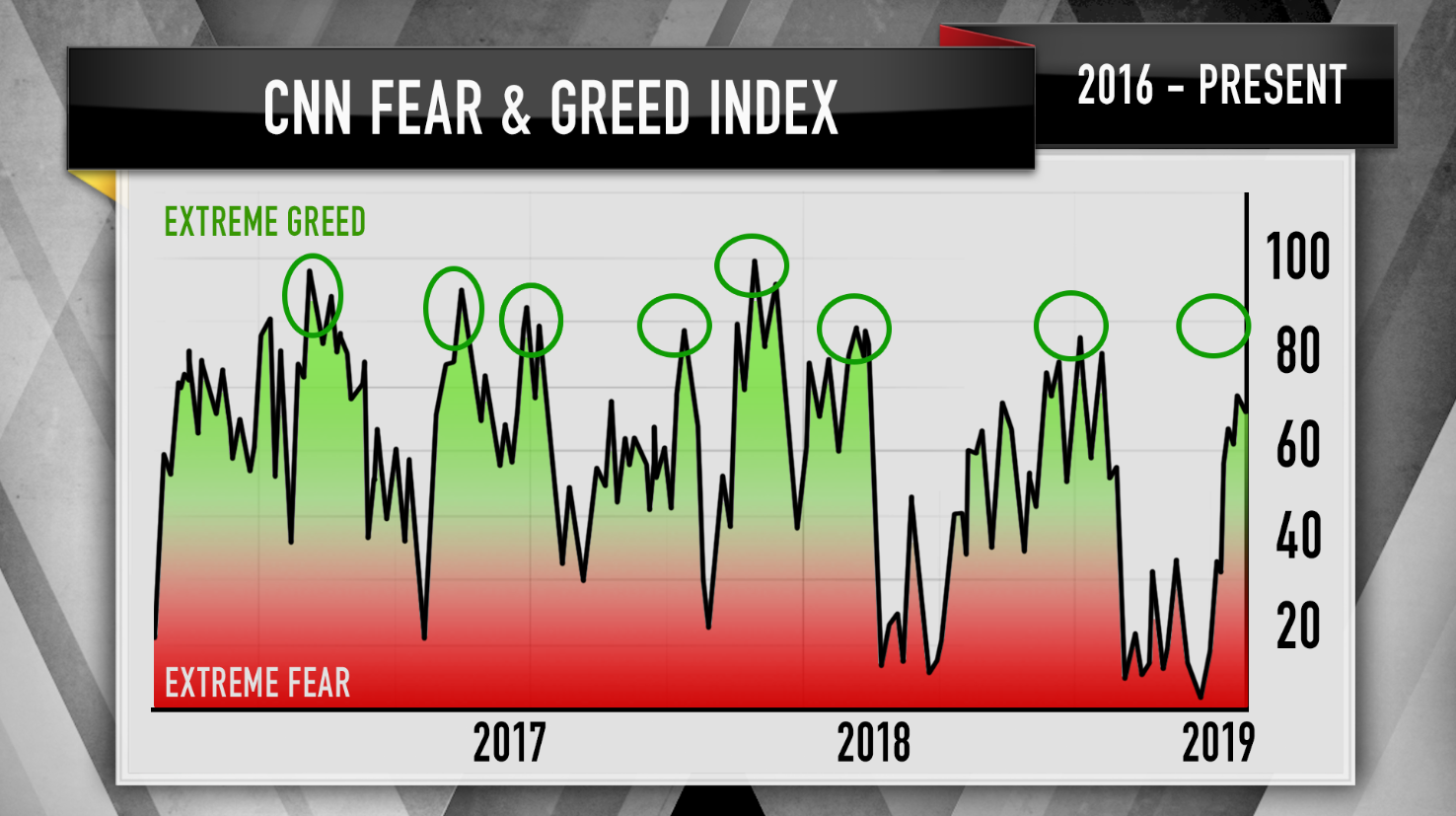 Where could the S&P go in the current move? 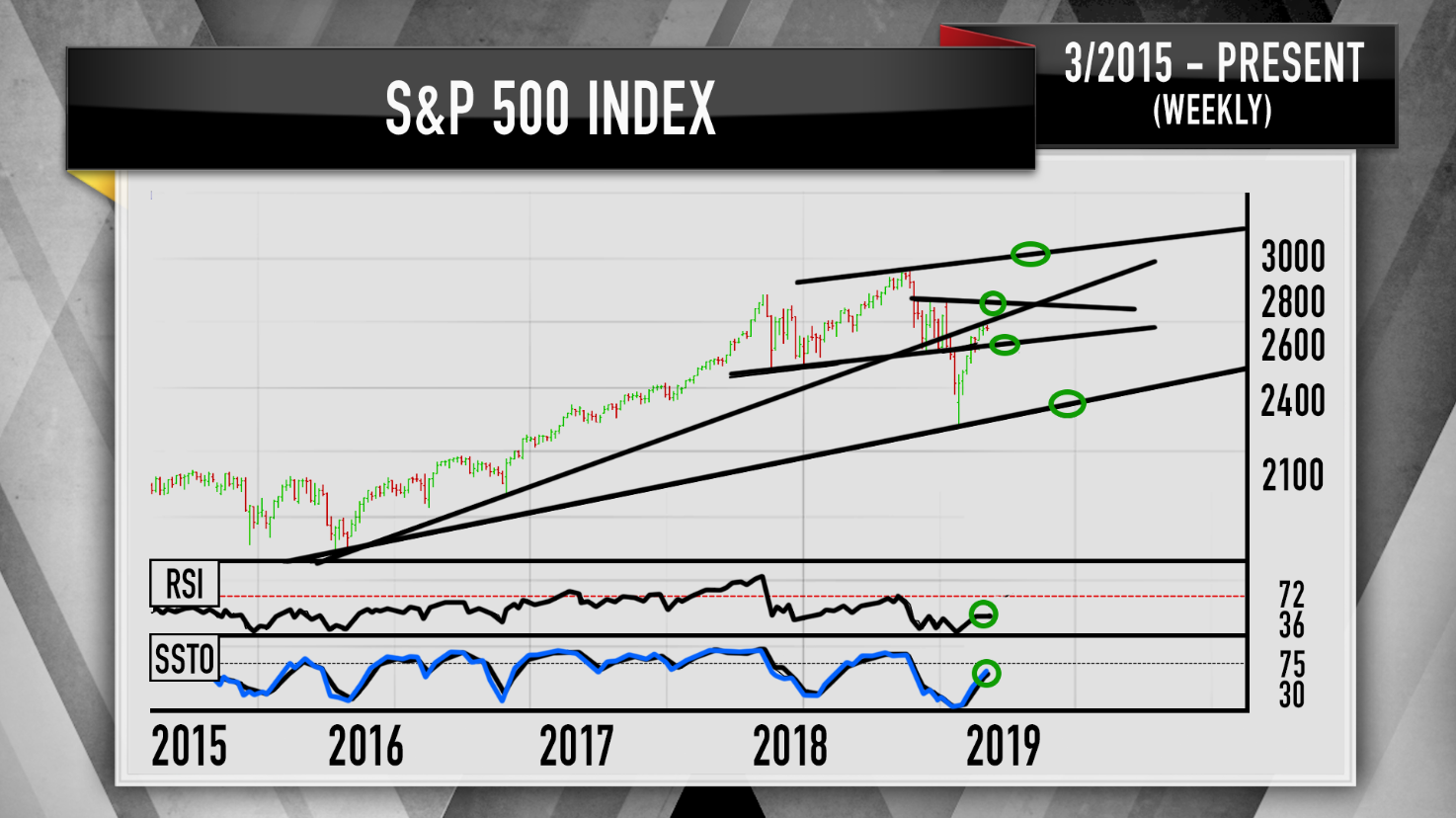 Lawrence McMillan of Option Strategist was more subdued & prosaic when he said stay long for now:

What could be a reason to not get caught sleeping?

With $VIX closing below 15 on Friday, one way to protect your portfolio while you sleep would be to buy cheap puts.

Clearly the Treasury market is not prone to the bullishness evident in the stock market. In a glorious week for the US stock market, the 30-year yield only rose by 2 bps & the 10-year yield by only 3 bps. The 2-5 year curve rose by 5 bps but remained inverted vs. the 1-year yield. Incredibly, the 1-year yield is 2.55%, a full 5 bps higher than the 2.5% 5-year yield. How bullish is this for PE multiples for US stocks?

What should one buy when the Fed gets dovish? Leveraged closed end bond funds is the simple answer. Remember the high yield fund $DPG that Gundlach recommended after the sell off in February 2016? It is up 19.8% in price in the last month & half of 2019 & left $HYG in the dust.

And what about Muni closed end funds? The Pimco NY Muni fund PNF is up 10% in price.

But what if stock indices revisit their lows when the macro picture gets bad, as Doug Ramsay of the Leuthold group said this week? He said the 2-5-10 year Treasuries will trade with a 1-handle in yield. That would be great for Treasuries but, possibly bad for High Yield & not so good for NY Munis (especially after Amazon’s exit). 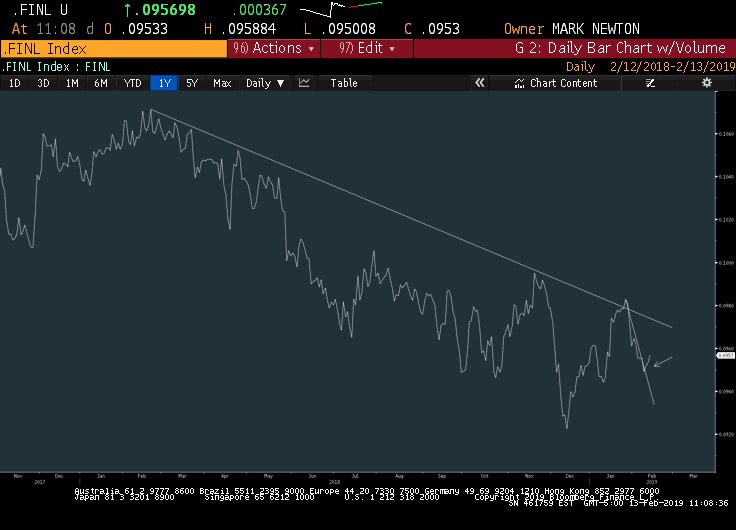 Will the prospect of renewed bond buying by the ECB lead to rally in European stocks? Well, $EWG, the German DAX ETF, rallied by 3% on the week, beating the S&P by 50 bps. 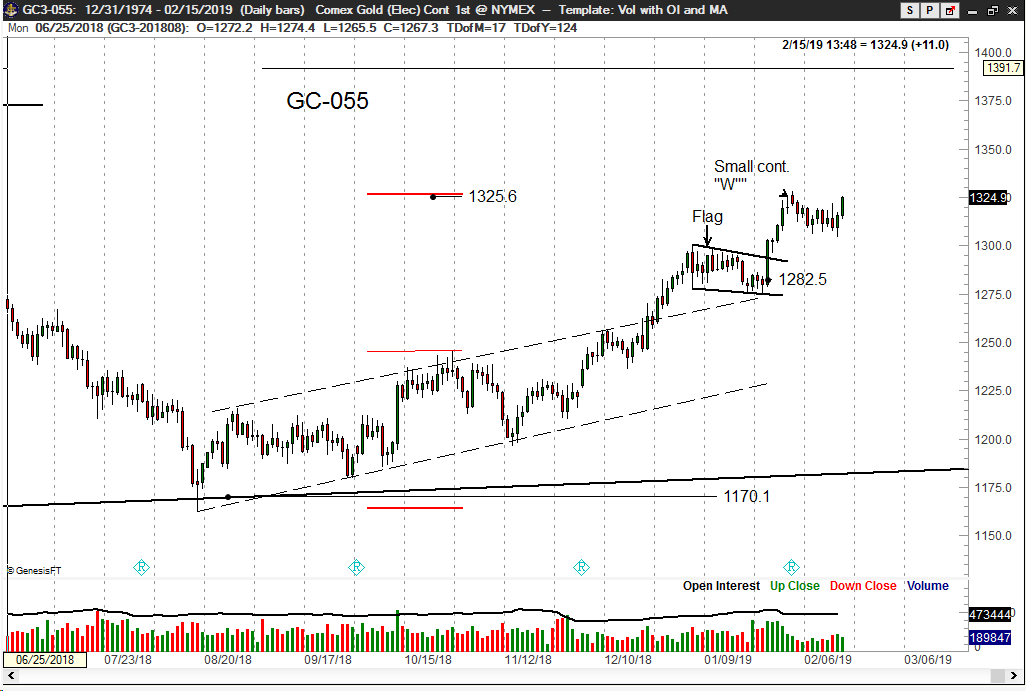 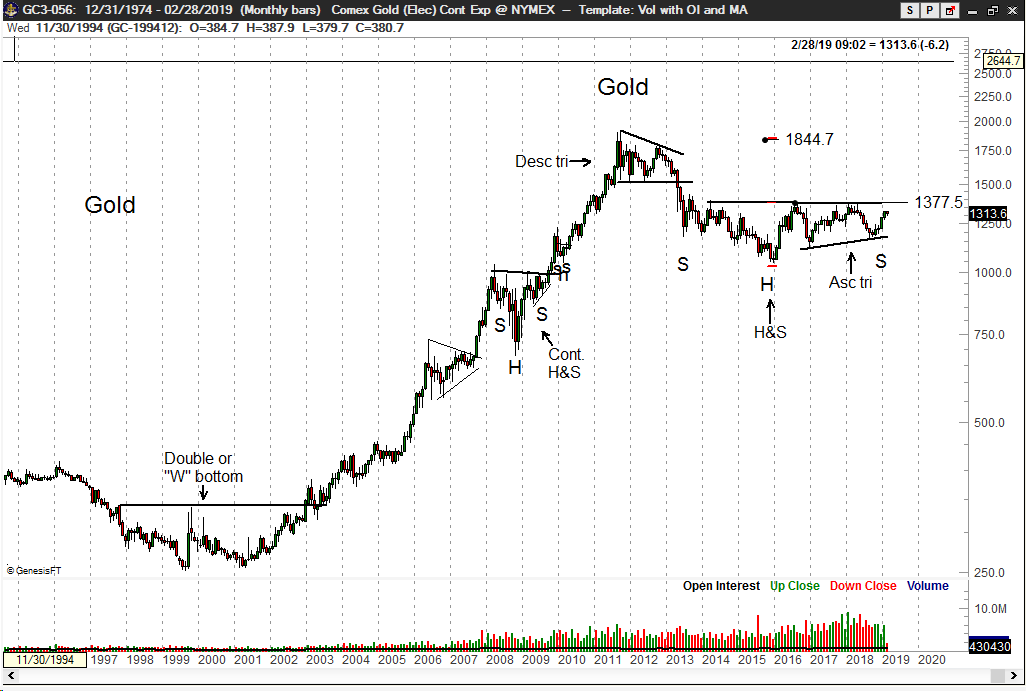 5. Did Walmart Buy Flipkart on the Cheap?

Walmart reports earnings on Tuesday morning. Will Walmart talk, as Amazon did, about its investment of $16 billion to buy 77% of Flipkart, the online retailer in India. By now, investors are bracing for negative comments by Walmart about their problems with India’s new e-commerce law & the upcoming brutal fight with Reliance.

We actually wonder whether Walmart might share good news with investors. Most are unaware of PhonePe, Flipkart’s digital payments arm. When Walmart bought its stake in Flipkart for $16 billion last year, PhonePe was valued at $1.5 billion.

Guess what PhonePe is valued at now, a mere 1-year later. The answer is $10 billion. This massive $8.5 billion increase in value has made Walmart’s acquisition of 77% of Flipkart a value buy, right? According to Indian media, major firms like KKR, General Atlantic are interested in investing in PhonePe. 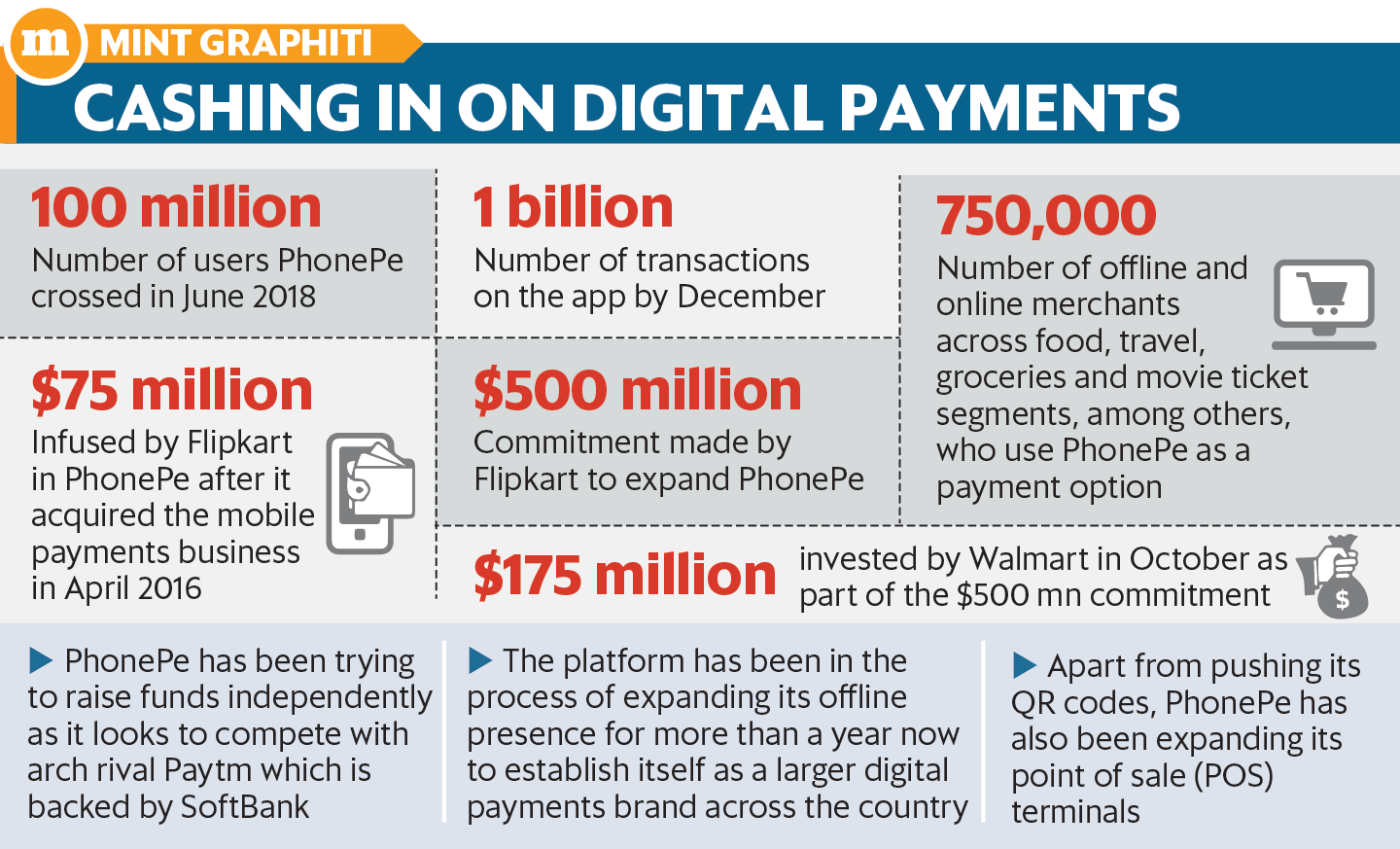 But PhonePe is NOT the leader in digital payments in India. That honor goes to Paytm which was valued at $16 billion when Berkshire Hathway invested $300 million in Paytm. Who is another major investor in Paytm? Alibaba.

And yes, Google Pay is another competitor in the Indian digital payments scene. Where does that leave Amazon, India? Restricted to the intensely price-competitive retail sales field?

Frankly, these valuations don’t make sense to us, especially given the cut-throat price competition in India. But such valuations are the price of entry into India & its organic growth over the next 2-3 decades.

The above three-month parity looks very different when you focus only on 2019:

The Indian stock market has been a terrible performer in 2019. But there are indications of a turn in profits, currency & lower rates because of lower inflation. 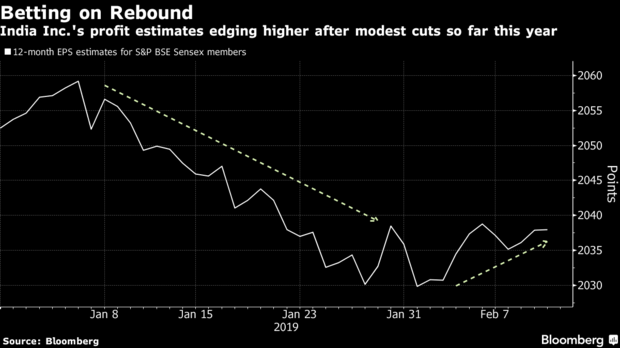 That looks promising but the biggest obstacle for Indian stocks is the May 2019 general election. If Prime Minister Modi does not get a majority, then he may not be able to form a coalition government. That will be awful & could lead to carnage in both stocks & currency. That chaos may not last for more than a year or two and Modi could return after the chaos runs its course. This specific scenario is the prediction of a major astrologer.

So depending on your thinking, you may choose to rely on earnings expectations, strategist recommendations or relative value analysis to decide on the scale of your investments in India. Or you could consult an astrologer you trust. If India is still the same & if astrologers are as good as they used to be in our childhood, then chances are the astrologer might prove more accurate.