Both are accurate descriptions. Go back & compare the demeanor of Chairman Powell during the presser following the December FOMC meeting vs. his demeanor this past Wednesday. It was a huge climbdown and correctly so. He has been chastened, we believe, by the intensity of the market’s reaction during both the sell off and the rally. What we all saw is a Powell who now is wedded to discretion being better than valor and a Powell who now understands how market reaction can torpedo both Fed’s models and the actual economy.

In our opinion, Chairman Powell wants to position his Fed as a patient & stable institution that keeps its poise in a highly intense global economy that is facing a slowdown & a big trade fight and in an US economy that is facing intense political combat. Powell succeeded in doing so. The basic message he conveyed is that his Fed would be a supportive force in the midst of turmoil. Kudos to him.

Those who babble about the Fed’s caving in to the markets do not get the basic truth that Chairman Powell has grasped. The grand plan behind Bernanke’s QE Forever was to make the economy, at least the spending power of the US economy, dependent on asset values. That has made the US economy highly vulnerable to rapid & dislocating market selloffs. That is why, we believe, Chairman Powell bent over backwards to project even a more dovish Fed during his presser than what dovish-prepared markets expected. But & at the same time, he has NOT made any commitments regarding reducing or pausing his monthly QT.

Frankly, this was Powell harking back to his early comment about patience displayed by Greenspan in mid-1990s. Kudos to him for his discretion & common sense.

What did the Treasury Curve say on Thursday about present vs. future? 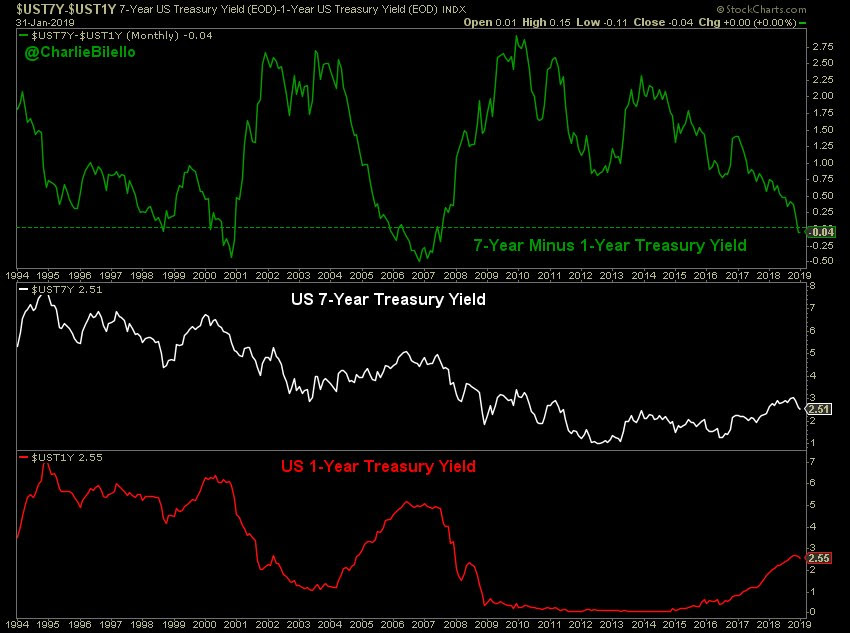 What gives? Is the Treasury market telling us the Fed will begin cutting rates from 2020? How does that fit with the strong, strong data we see? It fits if you take into account “expectations”:

“When the gap between the Present Situation and Expectations indexes has exceeded 50 — it is currently at 82.3 — “recessions weren’t far behind,” as Paul Hickey of Bespoke reportedly wrote. The CNBC article also stated:

This fall in expectations was enough for Jeffrey Gundlach to change his opinion to:

When did the expectations number fall so much? According to the CNBC article,

Wasn’t December the worst month for the US stock market in a long time? And didn’t the October-December period show sustained selling in the stock market? Of course.

What this shows is that virtually all consumer-based economic indicators, including the above Consumer Confidence Index of the Conference Board, are now dependent on the moves in the US stock market. That is what, we believe, Chairman Powell now understands and that is the reason for his humility during his presser and his steadfast dovishness.

But is the present really as strong as the 304,000 jobs added number suggests?

Merriam-Webster defines “harbinger” as – “something that foreshadows a future event : something that gives an anticipatory sign of what is to come“

With this definition, shouldn’t the 2-5 year interest rate curve be lower than the 1-year rate? Yup, the Treasury market is saying.

The ISM-Services data led to a sharp rise in interest rates, especially the short term rates. But rates across the curve fell on the week thanks to the Fed:

But the real action in January has been in other bonds & bond-influenced stock sectors.

Not just US bonds but,

Treasury bonds have done nothing of the sort and they appear somewhat overbought. But where does the recent movement stand when you take a 40-year view?

A great January for the US Stock market with S&P up 8%. What does that mean for the long and near term?

Our position is simple & straight forward. The Fed being done, huge oversold condition of December 2018 should point to a good year for US stocks, perhaps like 1985, 1995, unless the US economy faces a recession.

But we have no clue about the near term. And even if the above analogies prove true, that doesn’t rule out a down February.

So below are some thoughts from smart people: 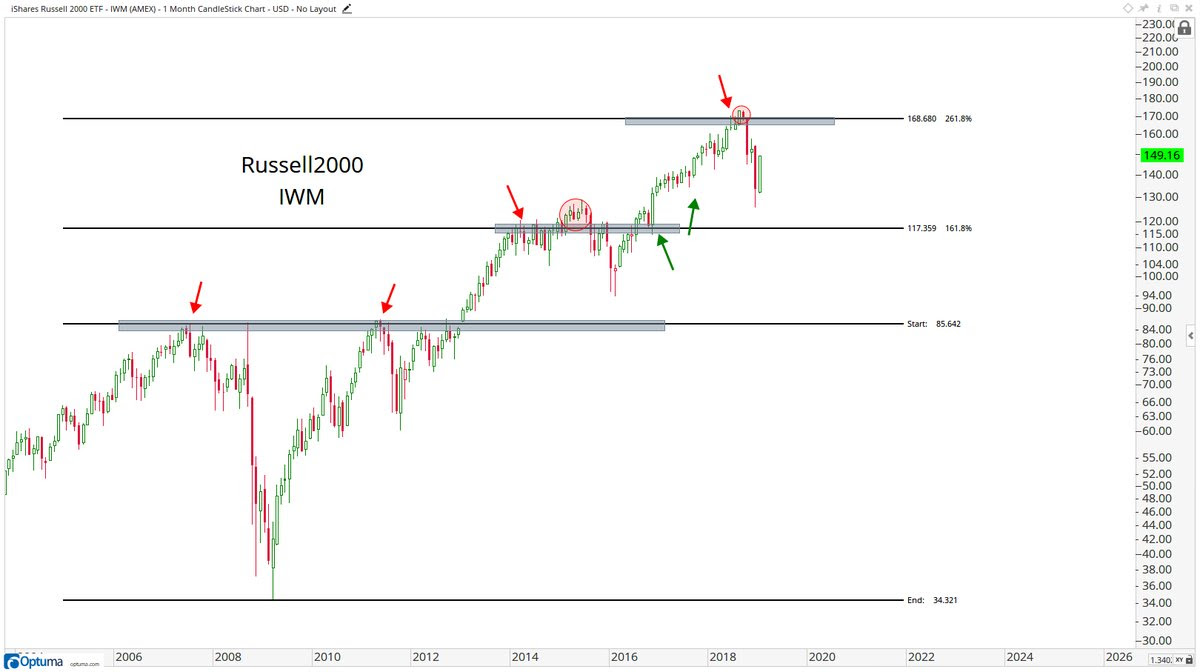 Little less in that spirit: 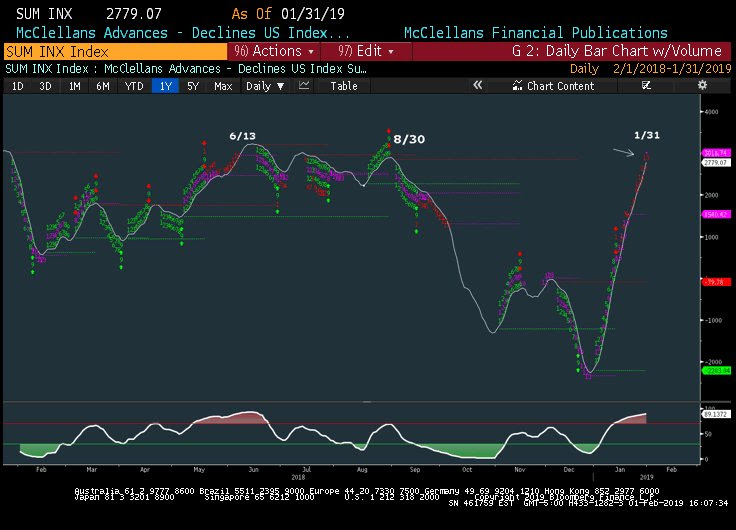 A little more in this spirit: 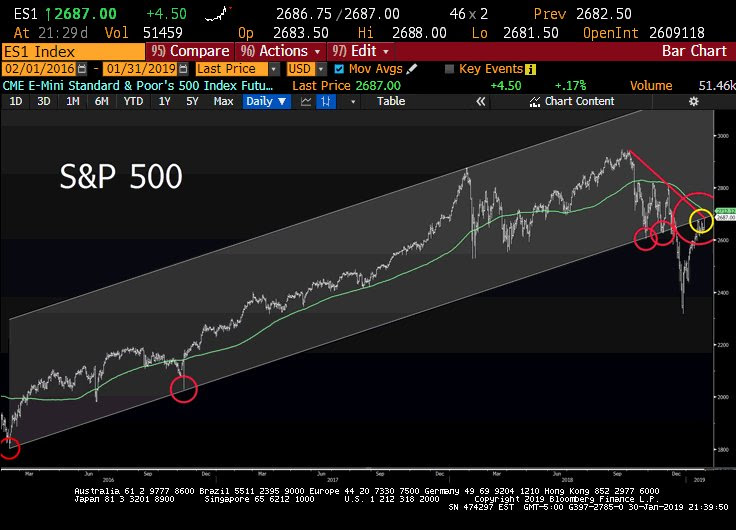 Finally, an implementation of this spirit:

Finally, a look back to January 2001 by Lawrence McMillan: 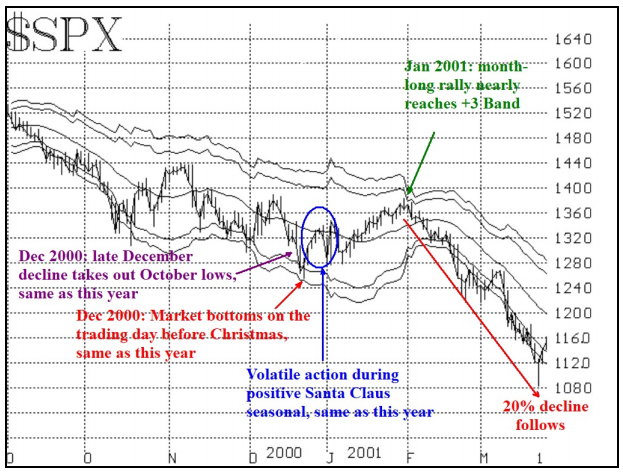 Now, we’ve reached the end of January – the exact time when the market turned southward again in 2001. So the first four comments on the chart of 2000-2001 are applicable to 2018-2019 as well, including the last one: that the January rally has reached the +3ó “modified Bollinger Band” (mBB).

For more details, read his article The Specter of 2001 Still Haunts This Market.

S&P is still the king, right? 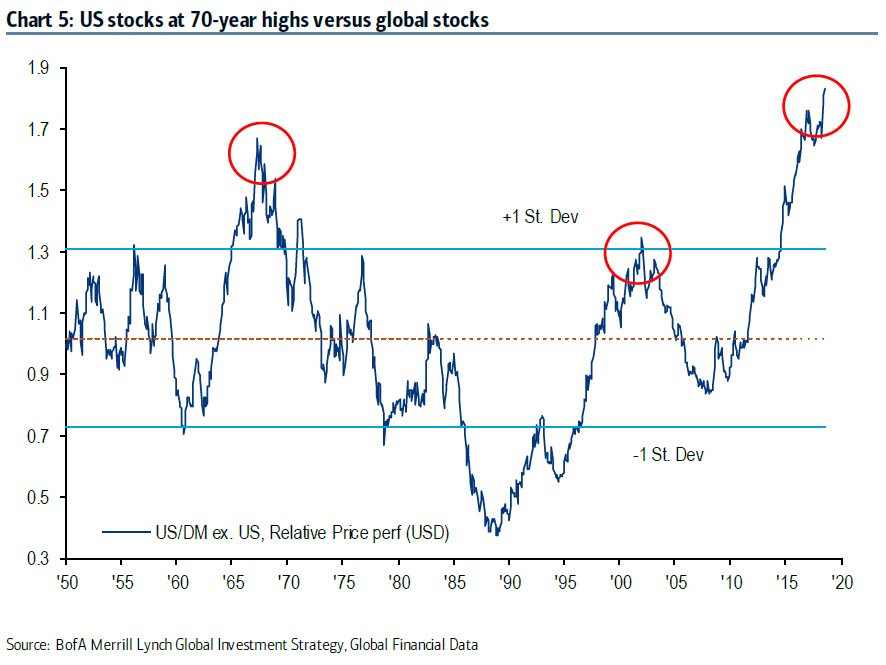 But what if we only focus on a portion of global stocks? You get the new consensus trade. 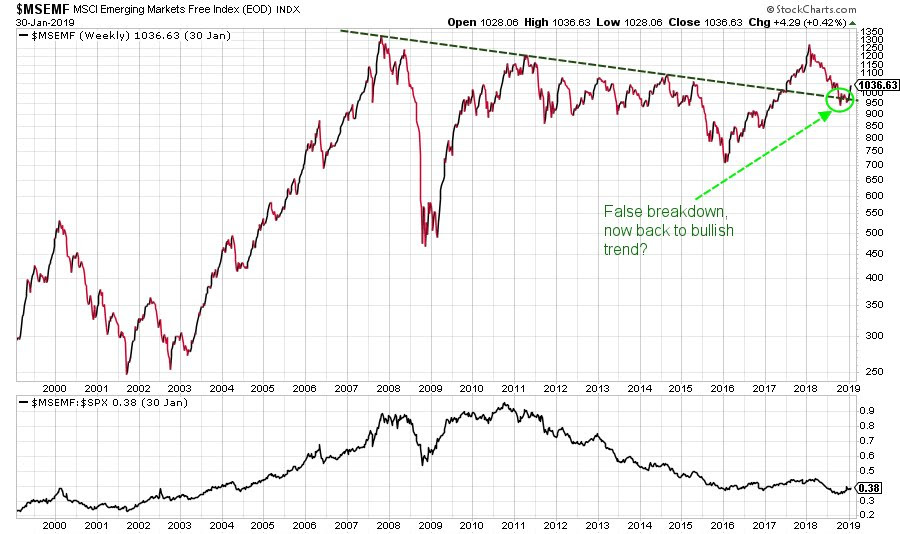 The above is a top-down macro view. How does it look from a bottoms-up micro view? 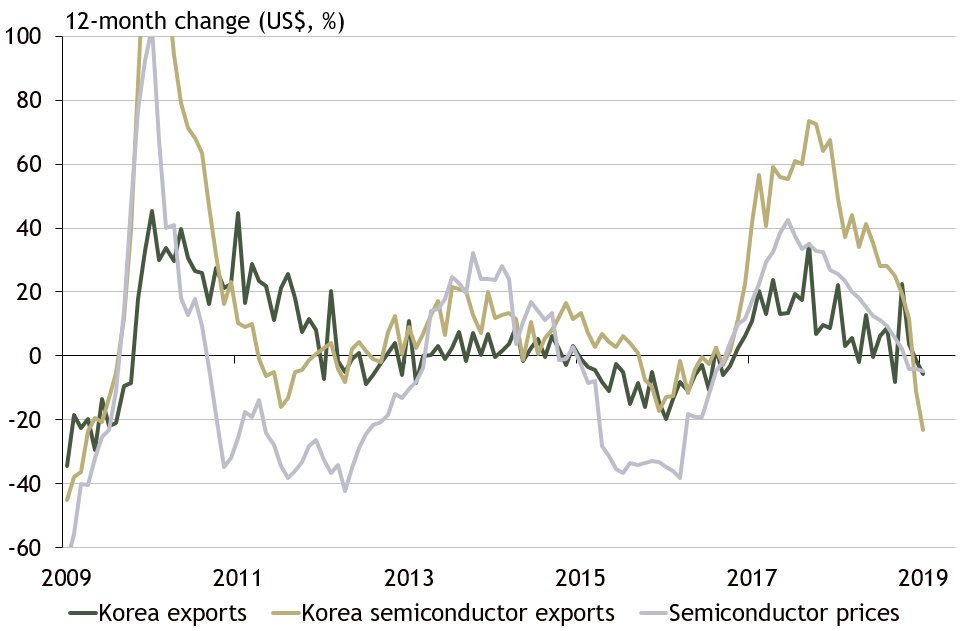 What about China? A not so rosy picture in Three For One In China Still Yields A Minus Situation by Alhambra Investments: 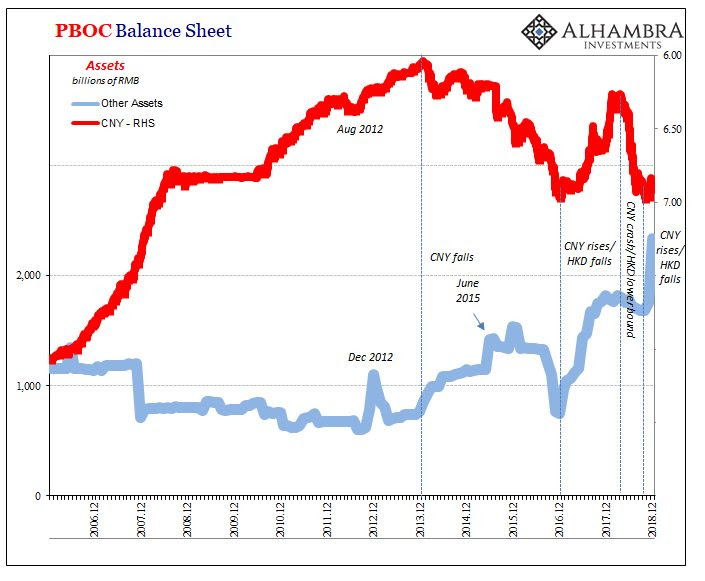 What about the currency & rates?

Some smart guys got even more bullish on Gold this week not just on an absolute basis but on a relative basis as well: 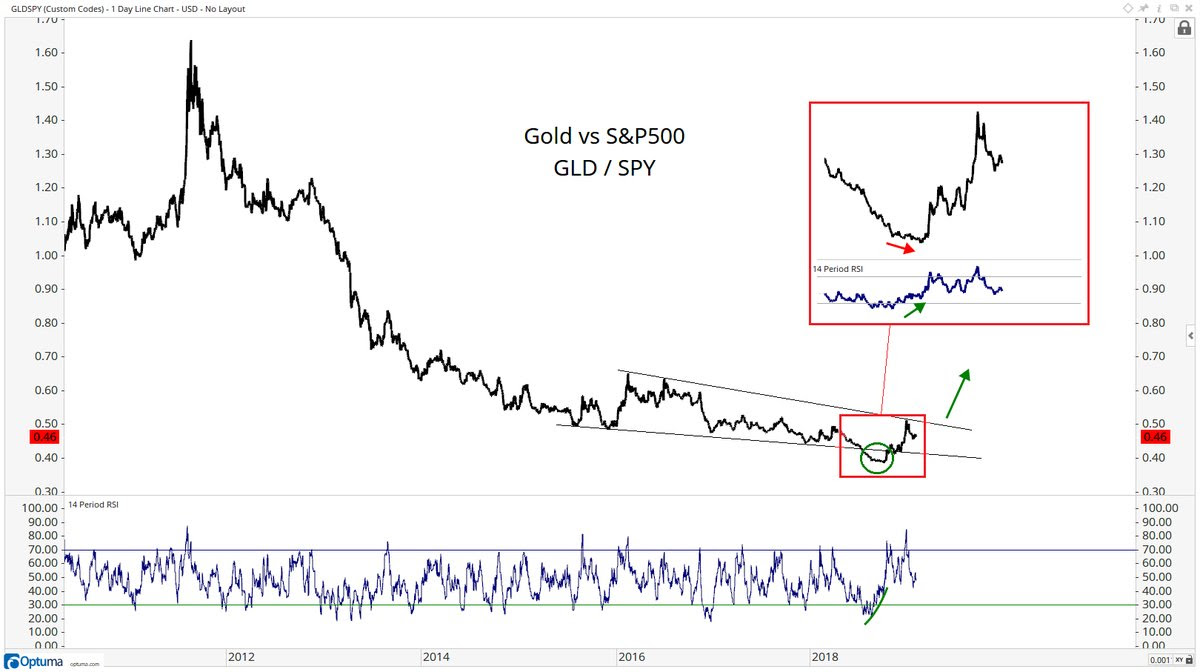 Not just vs. stocks but also, 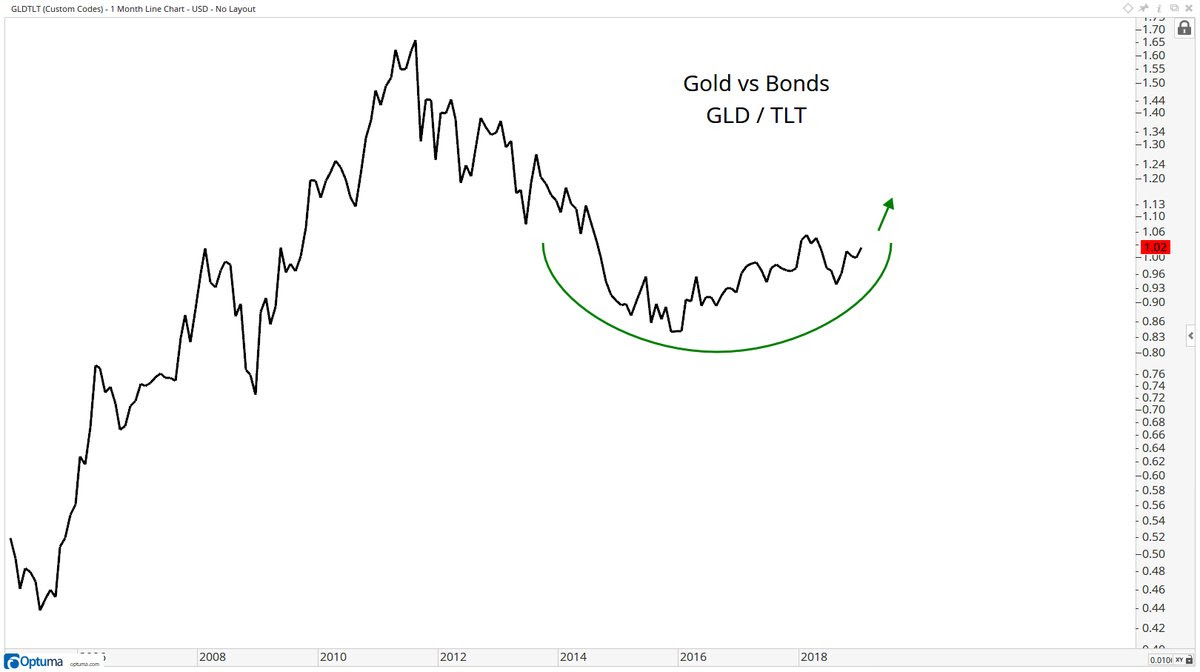 Folks, here you have a case of sell the stock but buy the product. We could not find this clip using the “search” function on CNBC.com. We found older clips but not this one. So we went to Google.com and searched for “Carter Worth on Gold on CNBC today” and Presto!

So here is a pair trade for CNBC management – Short GOOGL and use the proceeds to license Google Search for CNBC.com. 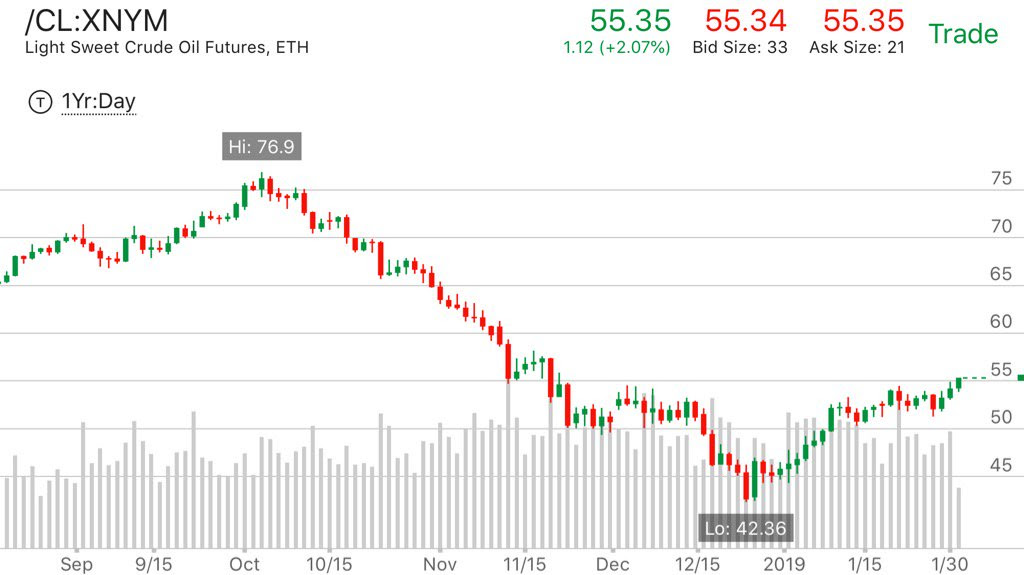 A more detailed case below: 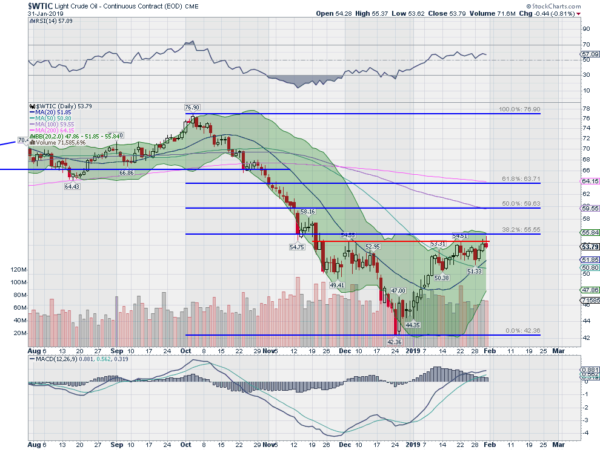 Last week we wondered whether Amazon would talk about their problems with law & price in India. They did in response to questions from analysts. It is strange that a company that understands the raucous politics in America and a CEO who owns a highly partisan newspaper like Washington Post have been so tone deaf to politics in the world’s most raucous electocracy, India. He actually could have learnt a thing or two from President Trump.

Farmers are a very small community in America as numbers go. But President Trump understands how important they are as a part of his base. So, in every trade negotiation, he talks about how American farmers would be thrilled with his trade success. Farmers are much important as a lobby in India. That is why Prime Minister Modi came out on Friday with a large transfer of money to farmers.

And farmers are connected to consumers by a huge bloc of wholesale merchants, retail shop keepers & others who assist in the supply chain. These merchants form the backbone of Modi’s party. How did Amazon miss this basic fact of life & that too in an election year of massive consequence?

In any case, the problems of Amazon in India are just beginning. The next regulatory hurdle is customer data that eventually must be housed in India. That should have been a huge opportunity for Amazon & AWS. They could have jumped ahead of MasterCard, Visa & others to offer data servers in India & used that to support small retail shopkeepers too.

But the long term rewards could still be huge for Amazon & Walmart-Flipkart but as Indian companies. They should look at Colgate, Unilever, P&G, Pepsi, Coke & build a similar presence for very long term success. And ideally, Amazon India should go public in India & in globally as a US ADR.

We think the Indian market is like what the American market was over 100 years ago. Dominant European companies could never capture the US market at that time because that US market needed utilitarian & inexpensive products not elegant high priced European brands. That America needed Ford workers to become the market for Ford cars. India is there today. When Amazon talks about low pricing for consumers, Amazon forgot that it needs the huge retail supply chain to be customers for its products too.

It might be of interest to read the section Parallels to how and why America won over Europe 100 years ago from our article on February 7, 2009 titled Will The Indian Market Be To America What The American Market Was To Europe 100 Years Ago?   The comparison might be stretched in places but the basic question does have merit, we think.