1.”you are supposed to grab the yield“

For the third Friday in a row, strong data released on Friday morning initially spiked Treasury rates which almost immediately reversed & closed down. Two Fridays ago that happened despite strong retail sales & last Friday it was despite the 3.2% GDP number. This Friday was somewhat more surprising.

On Wednesday, Fed Chairman Powell had come across as hawkish by stating that current low inflation was “transitory”. So on Thursday, the 10-year yield closed at 2.547%, just below the 2.55-2.56% level.

Then came Friday morning with a much stronger than expected 263,000 NFP number. Treasury rates jumped and almost immediately reversed & closed down. The reversal in the 2-year rates was even more striking. 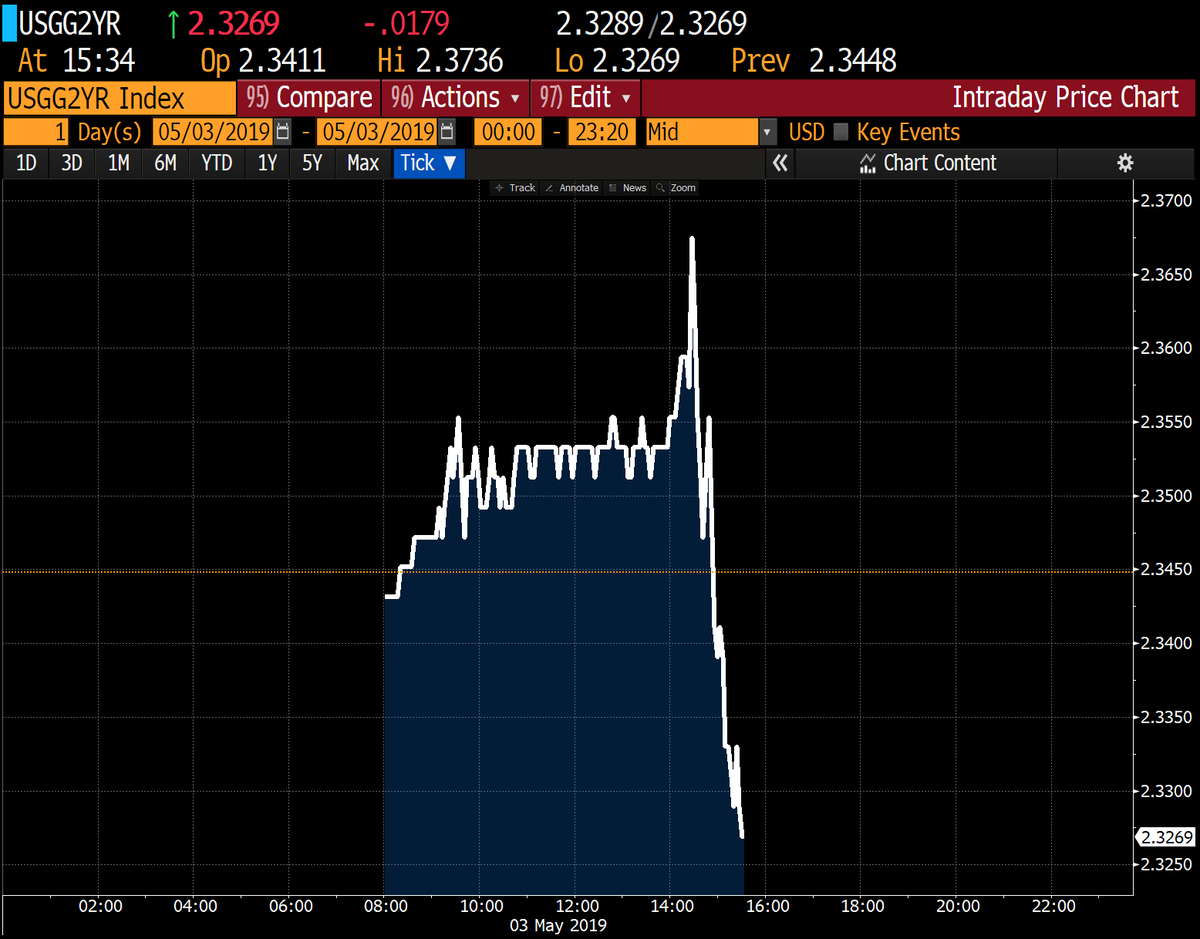 An explanation for the rate reversal was given by BlackRock’s Rick Rieder on BTV:

Actually, a stronger case for “grabbing yield” was made the day before by Bob Michele, CIO of JP Morgan Asset Management . He explained that Japanese investors are buying Treasuries not just for yield but for capital appreciation potential. Michele expects the 10-year yield to fall to 2% -2.25% by year-end, an appreciation that they can’t get in JGBs that are yielding minus 5 bps.

Michele was a bear on Treasuries last year expecting 10-year rate to get to 3.5%-4%. Jonathan Ferro of BTV asked him what has made him bullish now. His first point was that ECB is bullying investors everywhere by keeping rates negative to bail out weaker EU economies. And he added that “the world changed in Q4 2018“:

That is why Michele said “you are supposed to grab the yield“.

Think back & you will see that fundamentals under the surface supported the fall in rates after last week’s GDP & the retail sales data the week before that. So was the NFP report similar with strength on the surface & weakness underneath?

The headline data was clearly strong:

What did a closer look reveal to David Rosenberg? 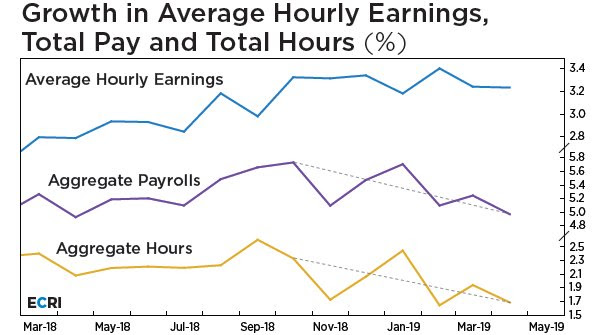 Is there one detail that changes the picture?

Since a picture is worth many many words, 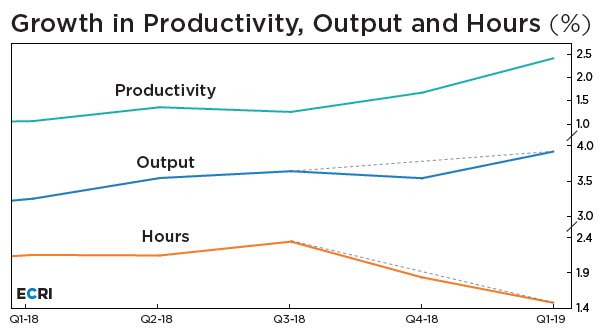 How does Rosenberg summarize his view of Friday’s NFP report in his emails?

3. Chairman Powell vs. Dissidents & other data

Chairman Powell did, once again, manage to disturb the stock market’s calm, this time with his use of the word “transitory” to describe today’s low core inflation. Not only did the stock market go down hard on Wednesday afternoon & on Thursday morning, interest rates rose as well.

Naturally, Vice Chairman Clarida came on Thursday to explain they were still patient & data dependent and James Bullard soothed investors on Friday by saying may be rates are just a little too tight & hinting a 25 bps lower Fed Funds rate might be fine.

But we do think the Big Question is whether current core inflation level is “transitory” or not. Because if inflation remains low as a structural condition, then there is no doubt that the Fed will ease rates & not just once. On the other hand, if today’s low inflation is transitory, then inflation will rise & everything will change in the behavior of asset classes.

David Rosenberg wrote he will take the other side of that [transitory] bet. He then tweeted: 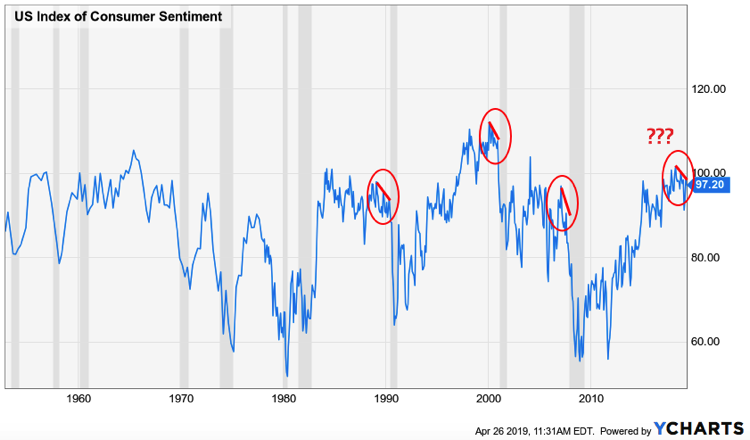 The following surprised us given how hard & fast interest rates have fallen: 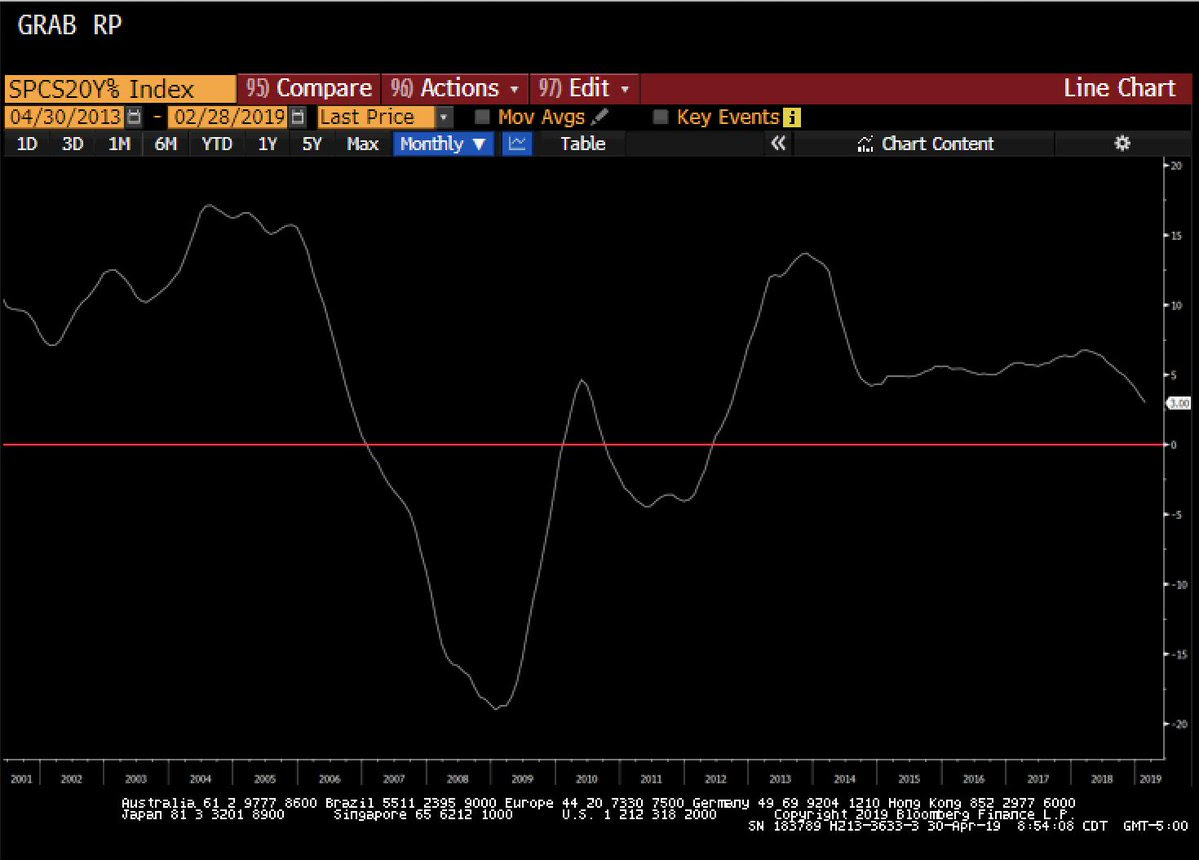 And we hardly heard mention of the really negative piece of economic data released on Friday morning, an hour & half after the NFP number. 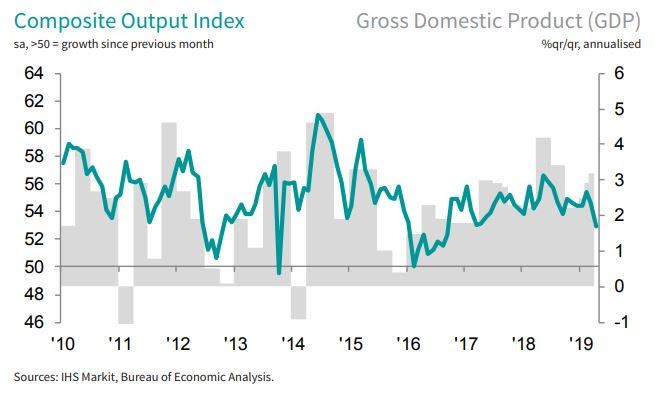 Now look what happened on Friday after the initial dip in stock indices post the Services PMI:

The rally in stocks on Friday began after the weak Services PMI was digested. Why? Because of a very basic & obvious fact that any one who remembers 1990s knows:

And which stocks caught the wind on Friday – FAANG. All were up 1.5% to 2%. Ah, the magic of a slow economy with down rates!

But there may be another related reason, a positioning reason, for the rise in rates: 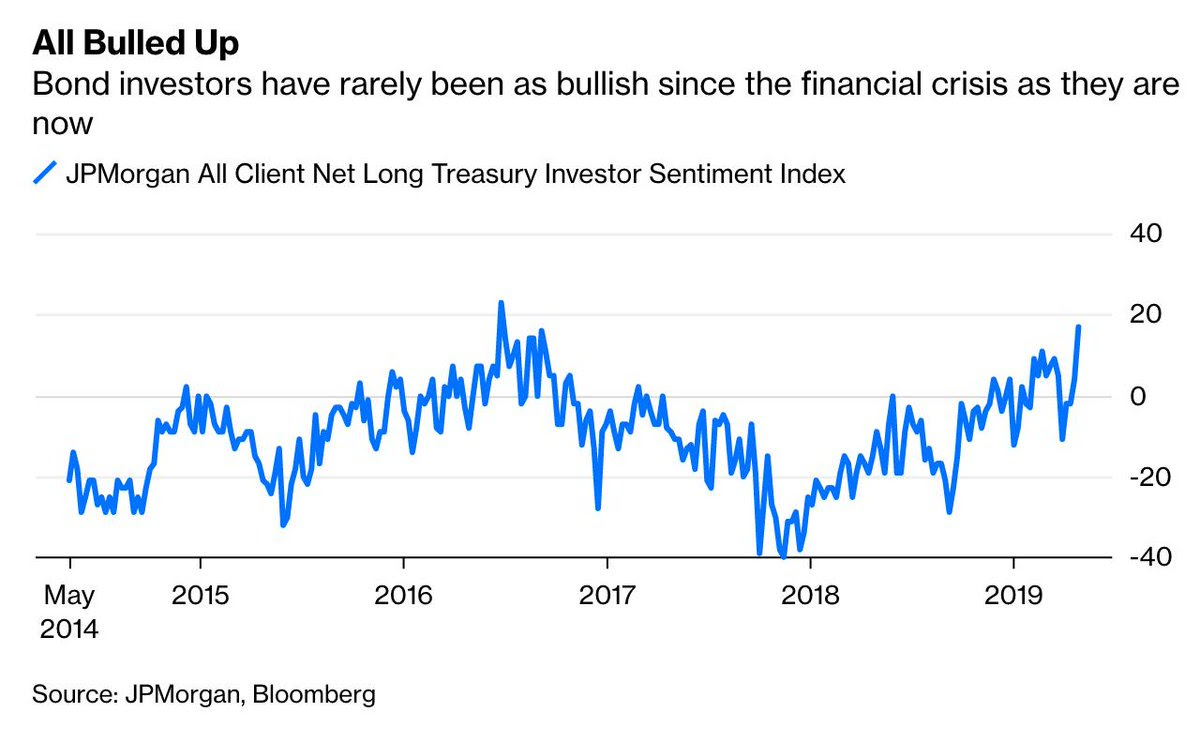 May be a back up in interest rates is what it takes to get a back up in the stock rally as some have predicted and as some see:

It is likely, of course, that Thursday’s drop to S&P 2,900 and the bounce from there could have been the pause that buyers were looking for. Anything is possible given the momentum of this year’s move. But we still think a sustained rally from here will require a Fed rate cut, not merely for stocks, but for supporting a slowing economy, curing dollar illiquidity & steepening the yield curve.

Below is a detailed discussion (from min 4:00 onward) on this topic.