Rarely do an electorate & an electoral leader come together in a meeting of minds & actions. But when they do, you see magic. All normal concepts, all self-oriented reasons are swept away in a common battle for the general good. And when that happens, destiny beckons.

That is the simple story of this week’s election results in India. The electorate came together and said Narendra Modi is our man; he fights for us & not for himself. They knew that their own economic dreams have not been fulfilled the way they might have wanted. But they knew their country was in the right hands & he was moving the country in the right direction.

And Prime Minister Narendra Modi acknowledged it after the election:

Janaardan is a Sanskrut term that describes the pro-people orientation of God. Jan means people & Janata is the collection of people or the body public. So the term Janata-Janaardan has a deeply emotive meaning of the collective public body as a representation of God. 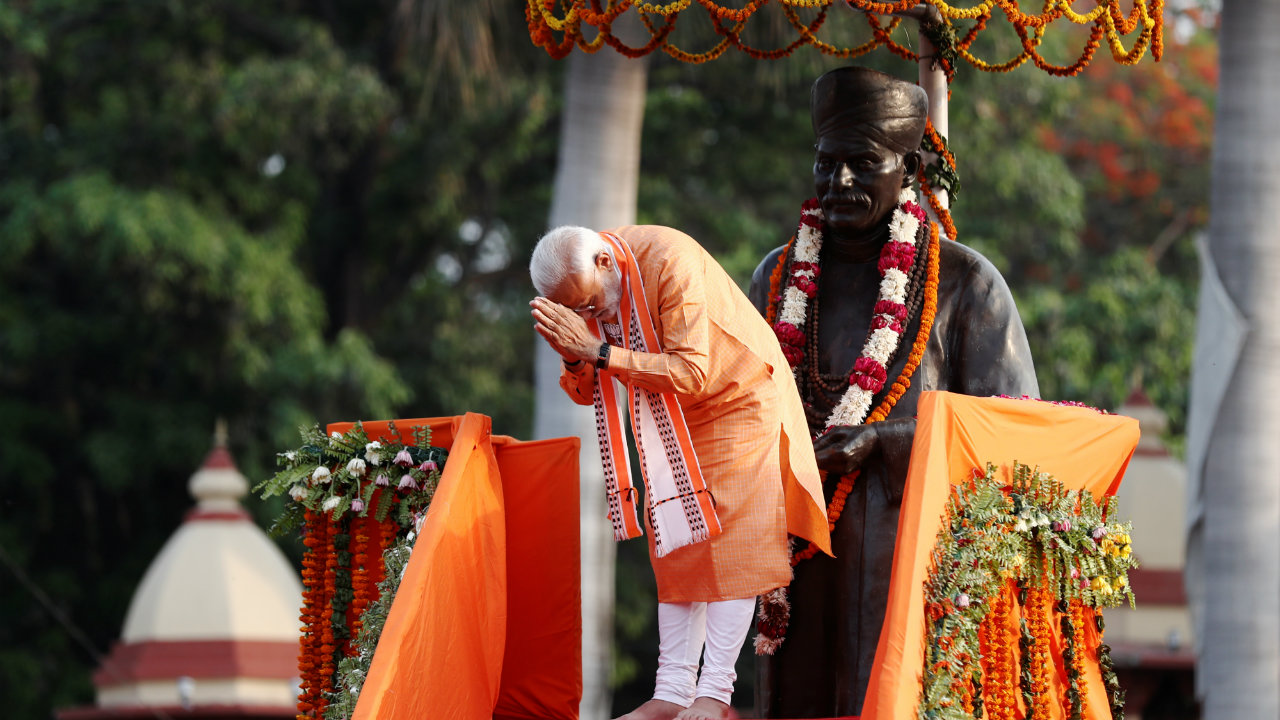 A leader does not refer to his people as Janata-Janaardan. Only a devoted servant who is committed to serving the people would use that term. And then Narendra Modi used the term Samar-pan (समर्पण )*. It is a devotionally emotive term that means to personally renounce & deliver unto God. He said,

He meant it & the people know he meant it. That is why the people of India rose to give him a stunningly emphatic victory. He acknowledged it:

Then he made three promises to the people:

And he exhorted the people,

This is the simplest & purest language that goes deep into Indian psyche & resonates. It is the language that evokes the legacy of Bhagvaan Sri Krishna, the Ava-Taar of God on earth. Born into a family of cowherds & reviled by the proud & arrogant children of the King, Sri Krishna rose to deliver a just society. He lived exactly as he taught both kings & their people. That is why Sri Krishna is described as the Yogi of all Yogis.

This is not what the BrIndians or their masters in the west can even begin to comprehend. That is why Rahul Gandhi, the scion of the Gandhi regime & the son brought up to rule India as a family heirloom, the man who was taught & managed as a politician by American political scientists & strategists, got destroyed in this week’s election. Forget about winning the election, he could not even win his family’s old seat of Amethi in his grandmother’s power belt of Uttar Pradesh.

As we said two weeks ago,

There was no doubt that this was going to be a difficult election. There was high stress in rural areas & the middle class was struggling with joblessness & low wages. But, instead of moving away from Narendra Modi & falling into the old trap of handouts from corrupt politicians, the people of India rose en masse and voted to give a greater victory to Narendra Modi. Make no mistake. It was a vote for Narendra Modi and not for the local Members of Parliament from his party.