A facetious statement on the surface, right? But look what Fed Chairman Powell did on Wednesday. He became President Trump’s champion against Mario Draghi and he collapsed short term rates. Remember Tuesday’s tweet? 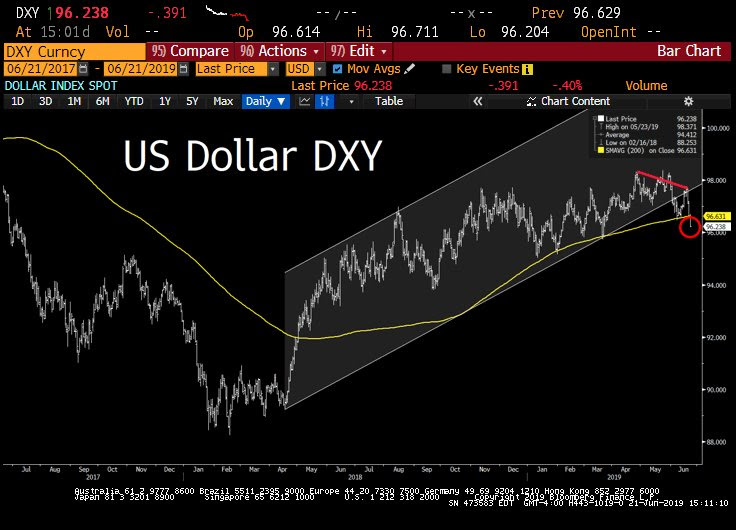 Read what J.C. Parets wrote as a technician:

How did the FXE, the Euro ETF, close for the week? Up 1.5%. How is that for fulfilling President Trump’s wishes?

The best way to measure what Chairman Powell accomplished is to compare the Treasury rates from about 1:50 p.m. on Wednesday (10 minutes before the FOMC statement) to Friday’s close. Only two maturities went up in rates – 1-month rate rose up 4.2 bps & 30-year rate rose up 1.7 bps. The 1-month rate is obvious because the next FOMC meeting is 6 weeks away.

We don’t think the rate action would have been all that different had the Fed actually lowered rates by 50 bps on this past Wednesday.

Most, including FOMC members, would agree now that the Fed made a big mistake by overly tightening in Q4 2018 and the American economy/people have paid for that mistake. That makes the Fed incompetent.

Yes, we do realize that Stanley Fisher, the previous Vice Chairman of the Fed, accused/praised Chairman Powell for raising rates in December 2018 just to demonstrate the Fed’s independence from the President. That statement almost accuses Chairman Powell of malpractice or almost treason. But we will not dwell on that here.

Now what? We see the Fed as almost irrelevant going forward. They do not lead markets for fear of being proven wrong. They always make the other mistake & then they capitulate. Further what do they really accomplish? Look if the data continues to get weaker & weaker, if the business cycle now starts slowing down in addition to the inflation cycle, then the bond market will drive rates down to the level the bond market sees fit. If the data gets stronger, then the bond market will drive rates higher much faster than the Fed can say boo.

And who really gets impacted by the Federal Funds rate anyway? Most of the consumer loan rates are driven by the 10-year note & hardly anyone leaves cash in the big banks that don’t pay rates that Goldman’s Marcus, MUFG’s PurePoint pay. So the only ones who really care are the IEOR recipients.

So, frankly, who needs the Fed? It is almost as if Jim Grant has gotten his old wish of letting the bond market set rates. Fed Schmed, right?

But they still have the ability to do crazy stuff, the stuff that Draghi has been doing & now threatening to do more. That $12 trillion of bonds have negative yields is not scary enough for Draghi. In the same spirit, a Fed that is still reducing its balance sheet can also turn around & start another round of QE. Or they can start targeting bond levels.

Kinda like a military that screws up every conventional war is entrusted with deciding when & how to launch a nuclear war. Thank God that the US military is not deemed independent of the President.

Rosie, the quintessential Unrosy, is clear:

What did he say on CNBC on Friday morning? As we recall, his comments went something like this:

Rick Rieder of BlackRock did not go that far; but he did venture in that direction on Thursday on CNBC:

What drives Treasury bulls even at these low rates, you ask?

Then you have the positioning from Tuesday: 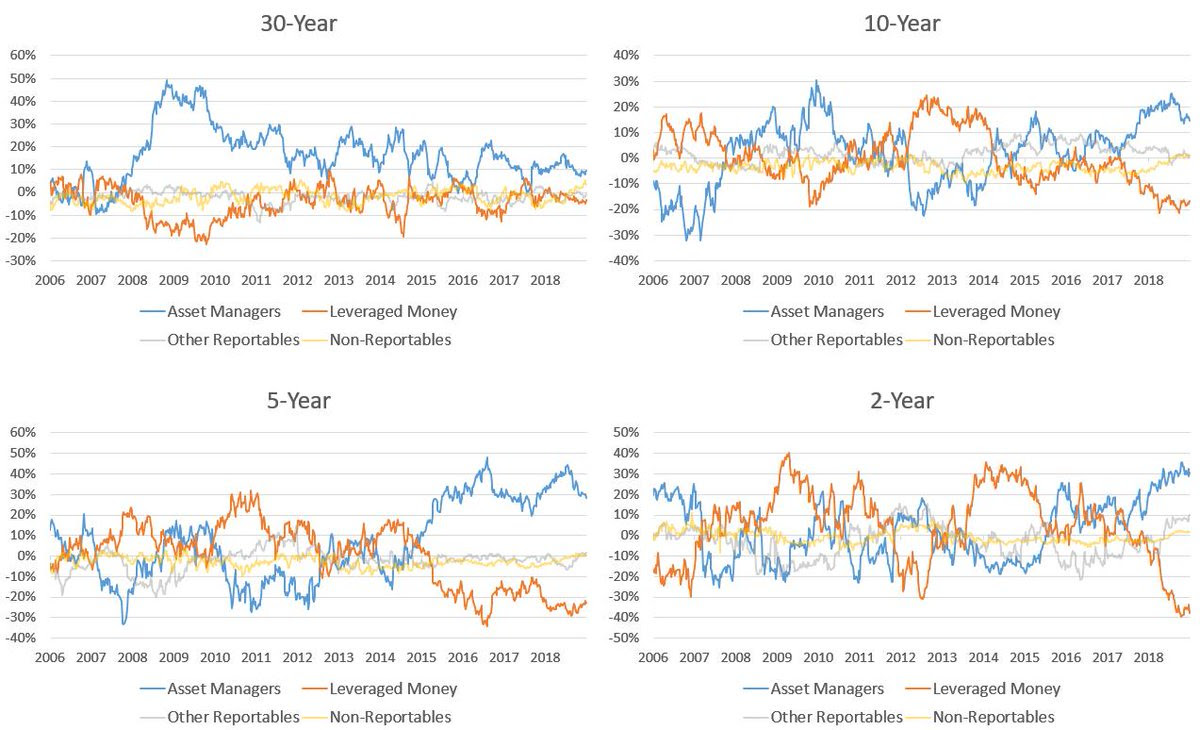 On the other hand, the Daily Sentiment Index on Bonds is 91 and other measures also suggest a peak of sorts: 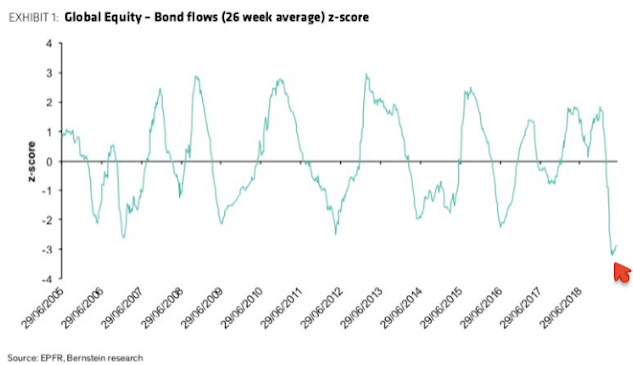 And the other comparison: 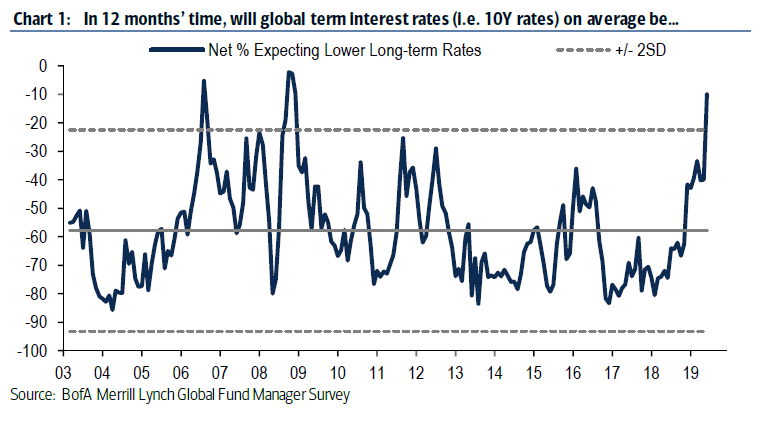 What about trend exhaustion, you ask? Check the 4 charts that accompany the tweet below:

Our own view is that a back up in 10-year yields to say 2.25% – 2.375% would be a gift. Because such a move would send the Fed back into its complacency & that would create another buying opportunity. We do remember the strong risk-rally in August-September 2007 and what a buying opportunity it created again for Treasury bonds.

When rates go down & Dollar goes down, Gold jumps up. Actually it broke out this week. 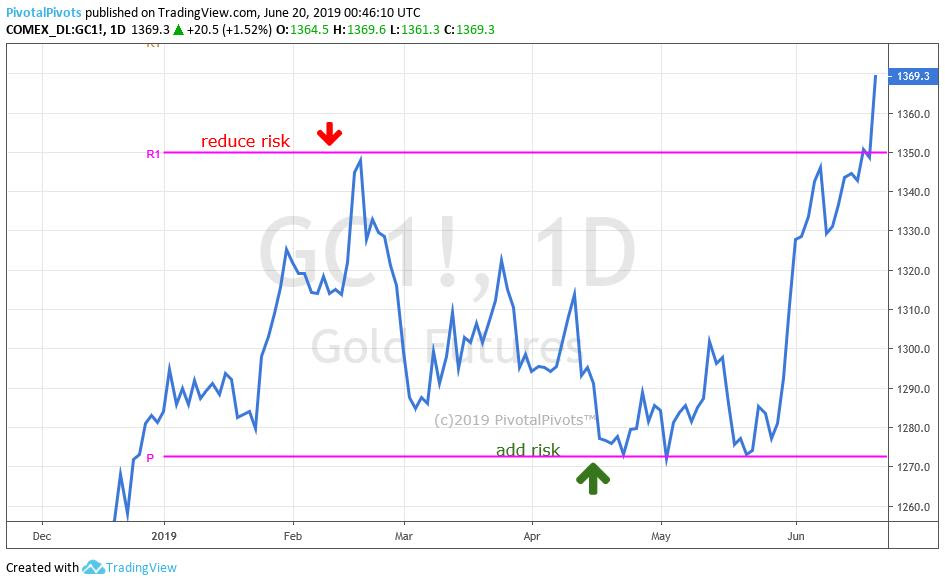 But what about stocks? Aren’t Gold Miners stocks too?

By the way Gold Miner ETF, GDX, was up 8% & GDXJ,  junior miner etf, was up 9% this week. As J.C.Parets reminded in his article Gold Is Cool Again:

Remember the time when bitcoiners laughed at gold? A payback below? 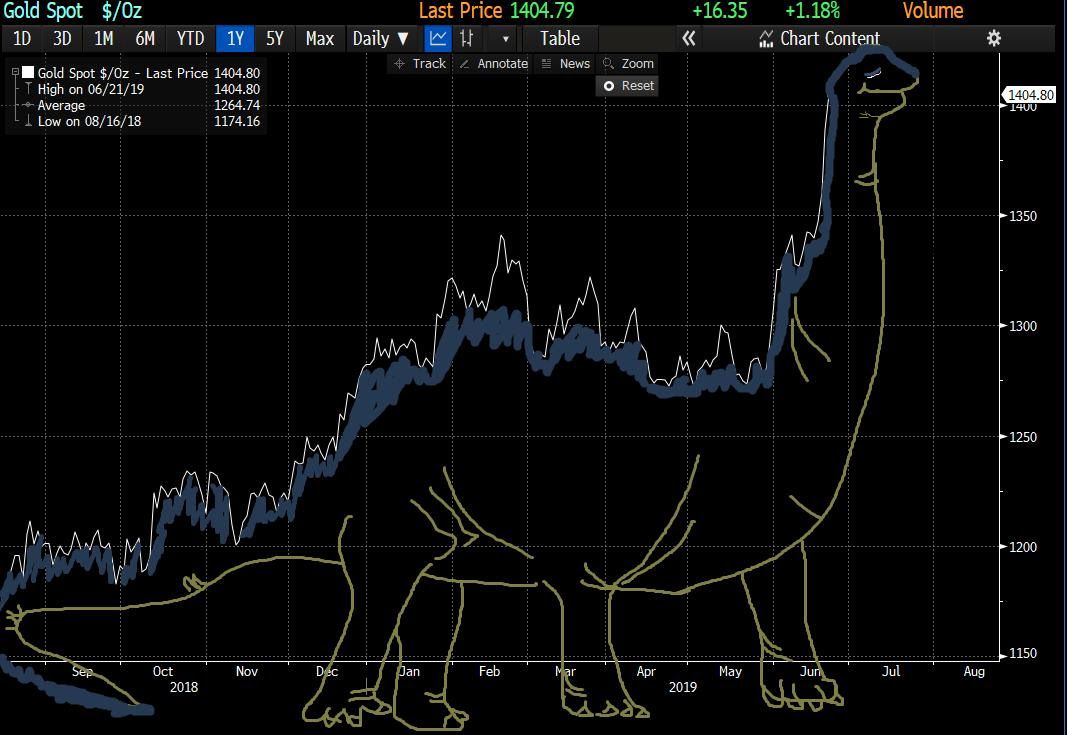 What about regular S&P stocks? We don’t have a good feel & we find Jim Cramer advising caution saying he is doing some selling with the S&P oscillator above 6. The data is not improving yet & the G20-trade stuff is ahead of us. We also don’t have a feel for how stocks would react to bonds selling off which would mean lower chances of a 50 bps Fed ease or how stocks would react to bonds rallying further on weaker data.

So we will wait & see what the market tells us next week.