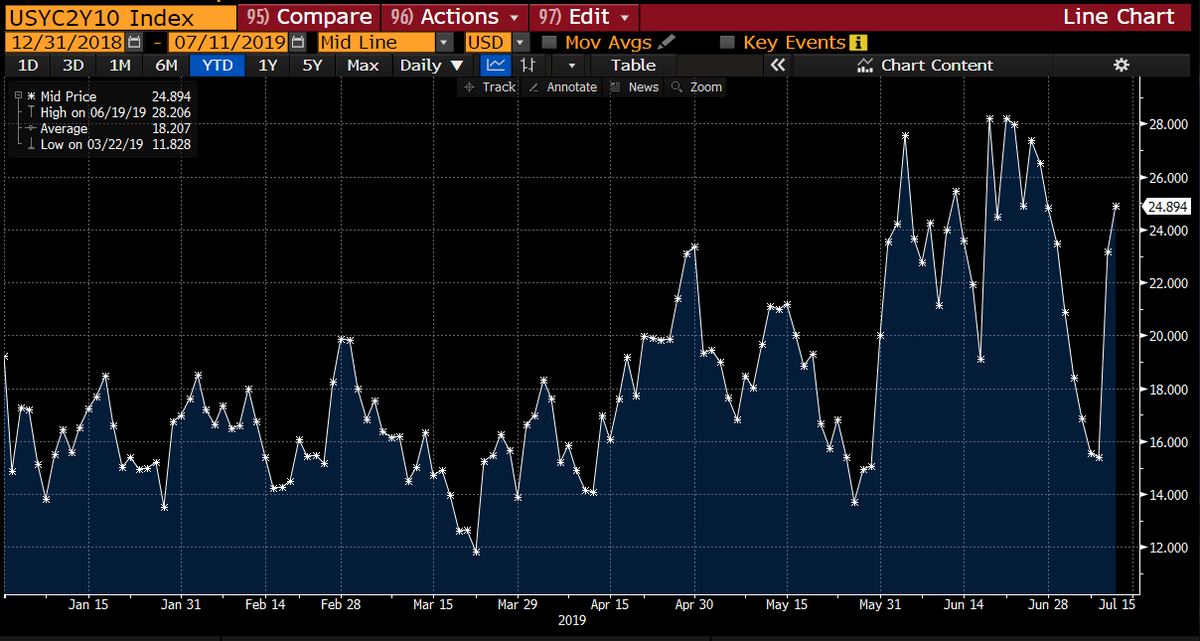 The 3 major stock indices in the US went to new all-time highs and the Dollar weakened a bit. And all this while keeping his “credibility” vs. the President intact. And emerging markets went down as US indices rallied hard.

For once, Powell’s delivery was perfect. He was confident & he was happy. And he also created a triumvirate and a bipartisan one at that. This was the week in which our early 2019 prediction* came true. Which prediction – the one about the left of the Democrat party joining President Trump’s cause of lower rates to  help the workers of America. The big surprise was the happy alacrity with which Chairman Powell joined ACO in this cause that President Trump has led for over a year.

It was clear that Powell knew that the Congress, especially the House, is his boss. And he knows where his risk lies – not with Speaker Pelosi but with the new insurgents led by ACO & her merry band. If they can accuse Pelosi of racism, they can easily & truthfully accuse Powell & the Fed of being truly responsible for the income-wealth inequality in America. And ACO has already begun:

So if the economy does indeed keep slowing the way it is doing now, expect Chairman Powell & his FOMC to get more dovish as both President Trump & ACO want. And what happened in the past when the Fed cut rates near all time highs in the S&P 500? 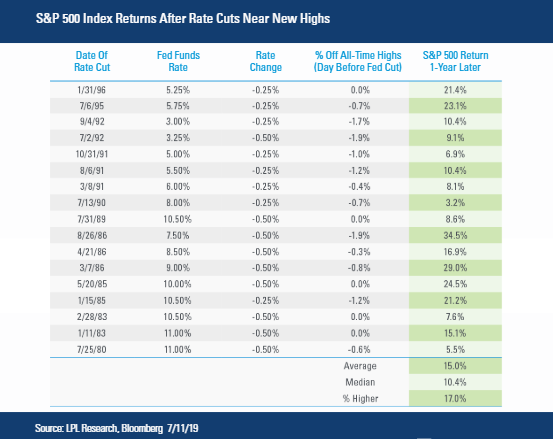 Take a look at the top two cases in the table above – those are precisely the rate cuts of Greenspan that Chairman Powell had praised. No wonder Lawrence McMillan wrote in his Friday summary:

If all this is not enough, look at the new angle introduced this week.

And don’t we know what happens to a country’s stock market when that country’s currency gets devalued? And isn’t a potential devaluation of the Dollar a viable reason to ignore the profits recession that Morgan Stanley, Rich Bernstein are predicting?

Think what we might see in the months ahead – a not-hot economy, a committed dovish Fed & a President committed to lower the Dollar! No wonder Jon Najarian pointed out a large trade in September S&P 325 calls and Scott Minerd of Guggenheim used 3,500 as a potential target for S&P on CNBC Closing Bell.

What could go wrong? 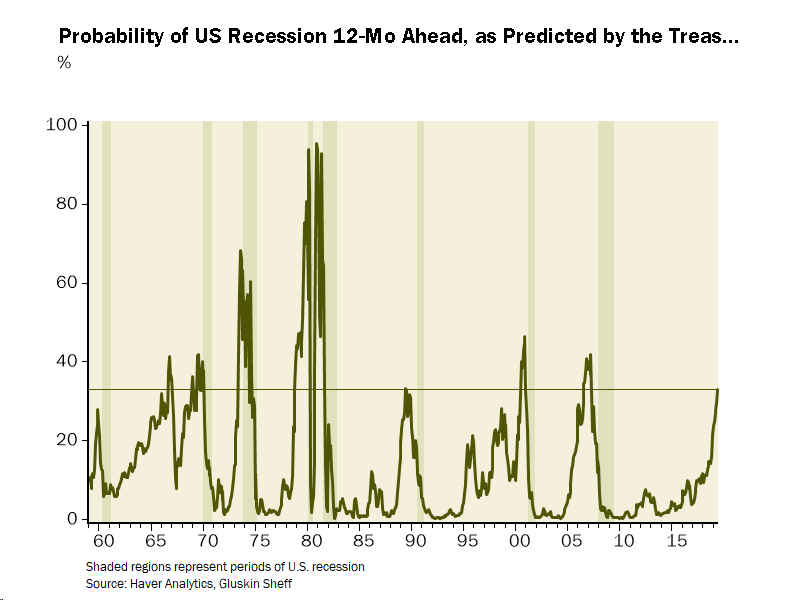 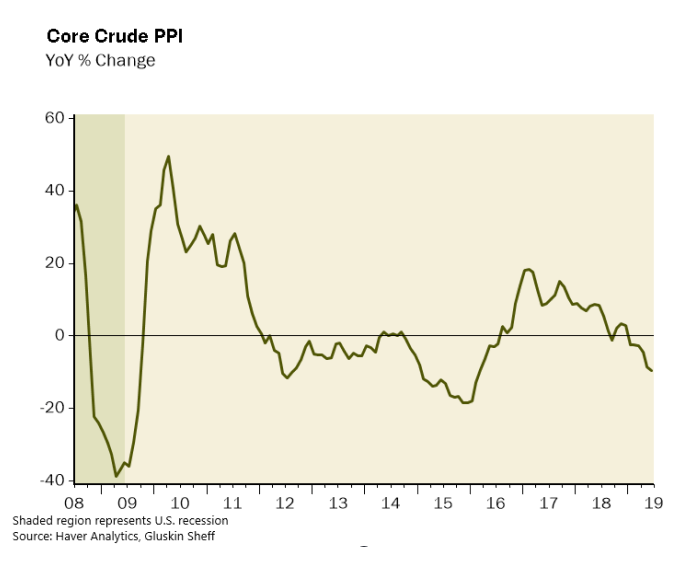 Last week, we highlighted the impending decline in world trade. What might that suggest? That mostly closed economies would fare much better than economies dependent on global trade? Is that already happening? 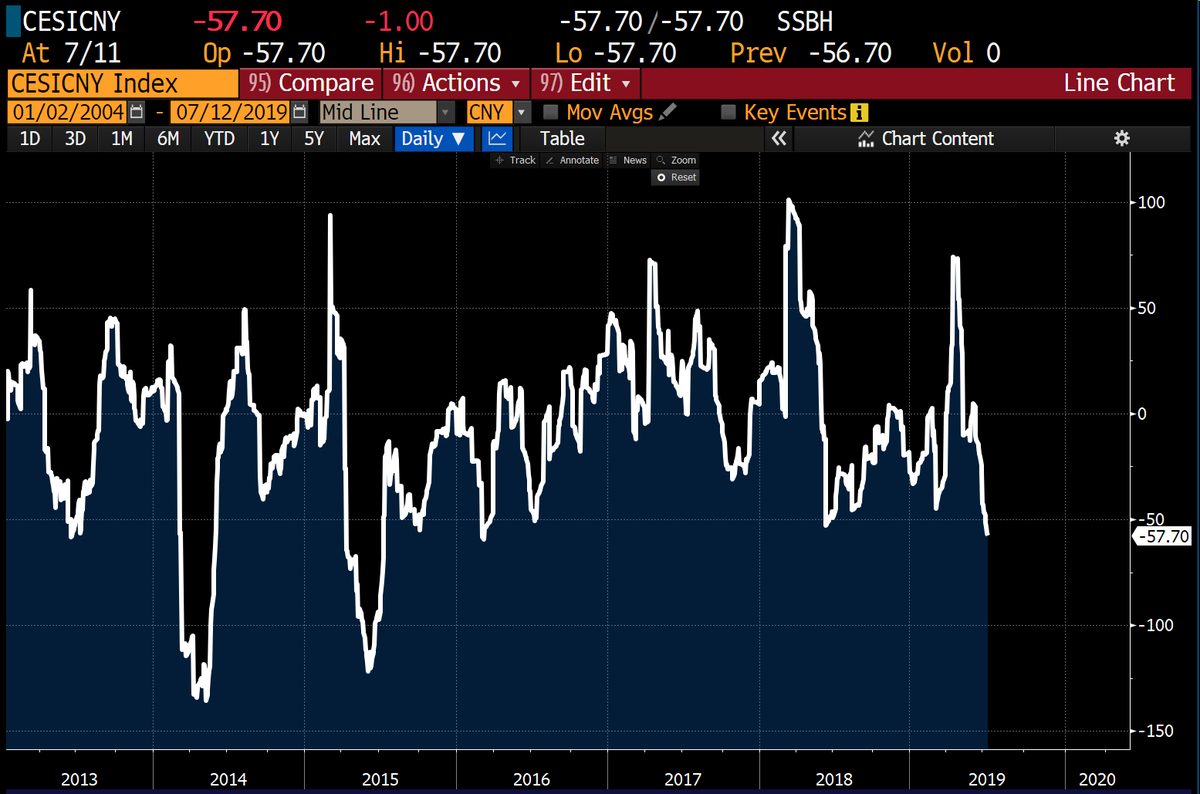 Notice how President Trump has been relatively quiet or even passive about China & other EM countries. Is that because he has decided the real problem for the US is the EU as Paul Richards of Medley Global said last week on BTV?

Could we see a competition between ECB & the Fed to see who can deliver more easing from here? Don’t laugh at us for asking the question. Scout’s honor, we heard Scott Thiel of BlackRock say on BTV Surveillance that the ECB has more room than the Fed to deliver easing while Matt Horbach of Morgan Stanley said on BTV Real Yield that the Fed has more room than the ECB.

Who would have thought that we could see big time strategists actually discuss a potential competition between the ECB & the Fed to lower rates more than the other? After all, isn’t QE another name for currency devaluation?

3. “… rally has been unbelievable“

Which rally? The unbelievable rally in peripheral European credit, as Kathy Jones of Schwab said on BTV Real Yield. What happened in the past 48 hours has been stunning. Money flushed out of German Bunds & other high quality Sovereigns to go into European peripheral debt in search for yield. As Market Ear posted on Friday early morning: 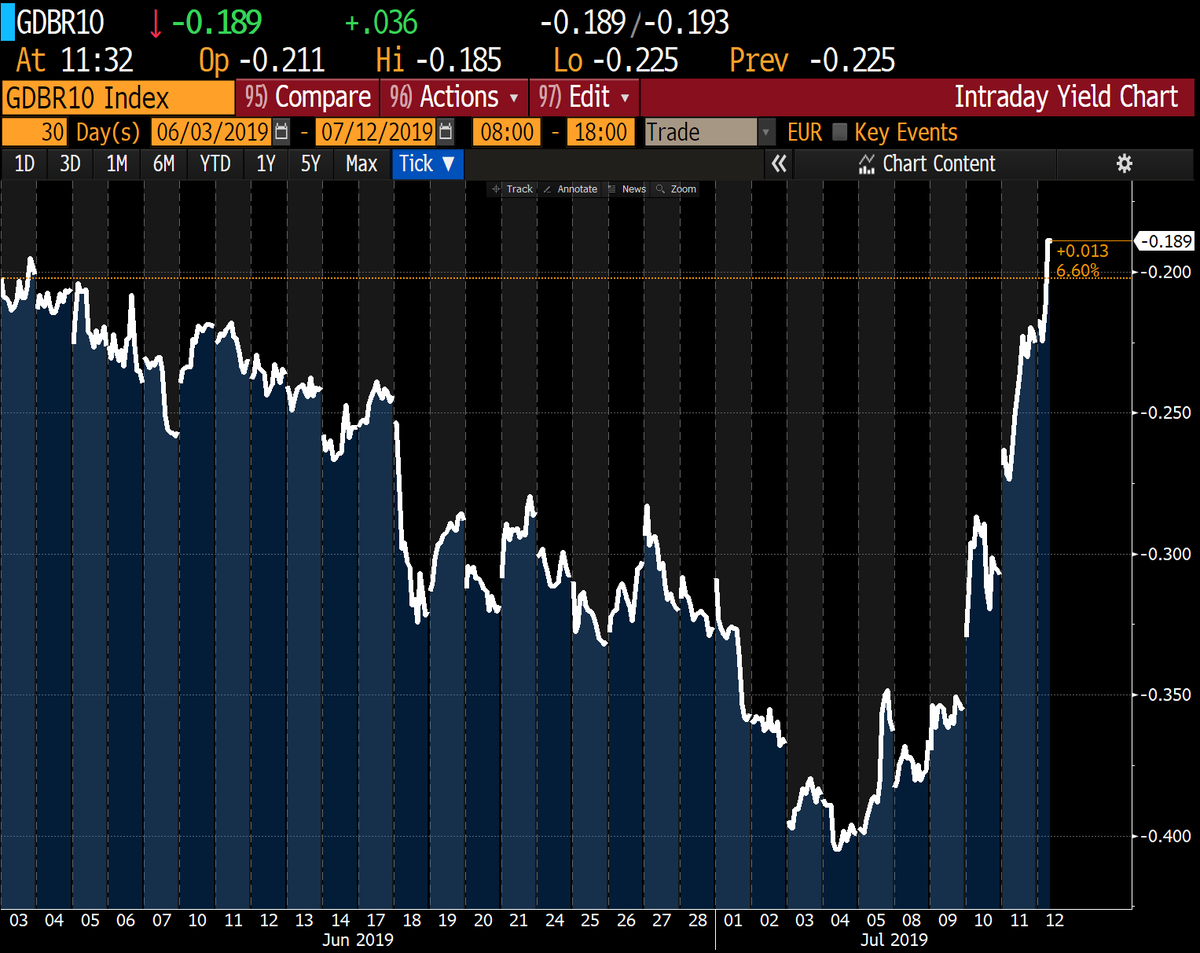 As we had written last week, “Nothing would move US Treasury yields higher & faster than a rise in German Bund rates.” Naturally, the US Treasury curve steepened bigly this week with the 2-year yield DOWN 2.4 bps and the 30-year (10-year yield) up 10 bps (8 bps).

So where could TLT go in this correction? 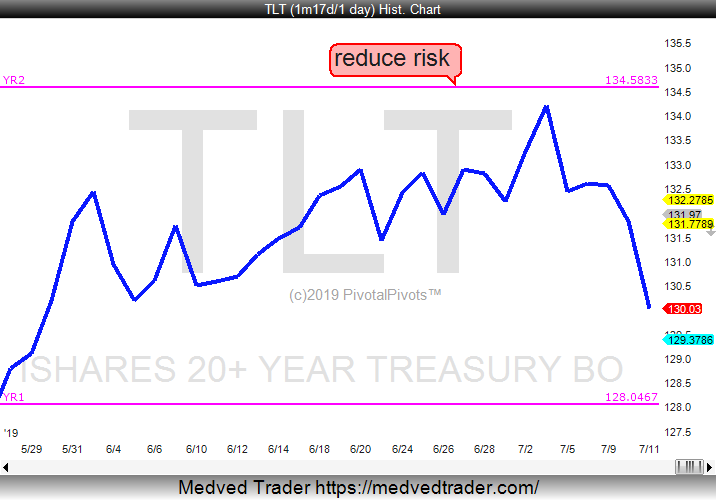 What does the man who said “Buy Bonds, Wear Diamonds” say now?

Jim Caron of Morgan Stanley said on Friday on BTV that the most crowded trade is high quality duration. And the majority of gurus we heard on BTV said fade duration now instead of fading credit. The one exception was Matt Hornbach, also of Morgan Stanley, who said buy duration. Also, of course you know who!

Note Rosenberg uses the future tense in the above tweet. Perhaps because he, like his ex-colleague Jim Caron, knows the pain trade right now is both stocks & interest rates going up.

*For a detailed discussion of monetary-politico ramifications of ACO-Kudlow, see our adjacent article The Game Just Got More Momentous & Much More Interesting.