So said a guest on CNBC Half Time show about the tariff fight that erupted on Friday. Virtually all have heard of the old saying “consistency is the virtue of asses” and it’s even more famous restatement by Keynes “when facts change, I change my opinion; what do you do?”

If they are asses, what adjective should we use for those who talk of “rational minds”, “rationality” or “reason”? Not having been taught negative words, we can’t think of the appropriate derogatory term for these rationalistas. They usually fall back on Kant & his nonsense on “reason”. Sadly, they have never studied Gauss nor do they know what Kurt Godel did in 1931.

Idiots who ask for rational minds to prevail in this US-China trade fight wouldn’t recognize true rationality even if it hits them in the head. These are the same yahoos who keep saying on CNBC Fast Money that Trump has to fight an election whereas Xi does not. Little do they realize Xi could be sent to a re-education camp if he is replaced by China’s Central Committee in 2021 or earlier while Trump would simply return to his lavish style on Fifth Avenue. So the pressure is far greater on President Xi than on President Trump.

Also these “rational mind” aficionados don’t read anything except the bilge produced by their brokerage firms. Clearly they have not read what Nikkei Asian Review has been saying for about 2 weeks that China’s power struggle lies behind global market turmoil.

We don’t know whether CNBC’s Sara Eisen is aligned with the rationalistas but she did deliver three of the best clips of this week including the best one on China-US by Ian Bremmer of Eurasia Group:

We just can’t resist featuring one tweet that actually mentions the symbolism of the finger, a tweet from a usually sedate & gently spoken analyst:

Neither were we around during the Japan-US war in the 1930s-1940s nor have we read about what the Federal Reserve did during that war. We couldn’t even tell you who the Fed Chairman was during Pearl Harbor. Perhaps some anchor on FinTV will bring in Jim Grant to provide that historical perspective.

The best point about this Powell Fed was made by David Rosenberg & Jeremy Siegel to CNBC’s Sara Eisen:

No wonder Burbank says “this is as big a thing as there exists“. And the Fed heads keep fighting with each other as if they were combating factions in China’s Central Committee. This is an institution on its way to serious reform or possibly extinction. And the fight has begun:

Thanks to the 8 bps fall on Friday, the Treasury curve almost closed the week unchanged. That was not true of stocks, though. What is one view of where interest rates go? 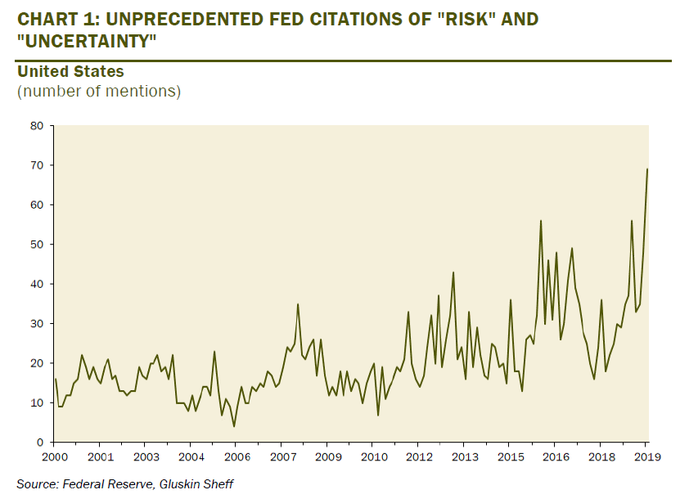 No one knows what we will see on Sunday night on Twitter or in markets? So we can offer nothing except repeat the basic from Option Strategist:

This is the most critical variable & no one has a clue what President Trump might do. So, keep an eye on the following as Larry McDonald tweeted: 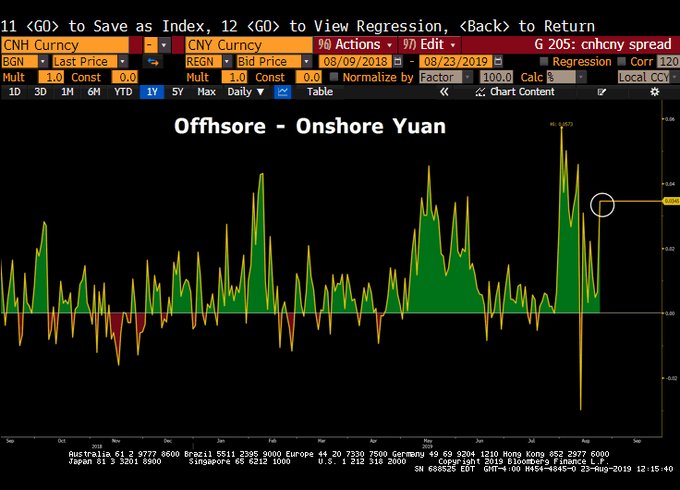